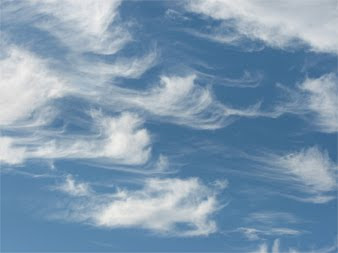 Resource consent for Project Hayes, a $2 billion, 176-turbine windfarm, was granted to the power company in 2006 and 2007, but was subsequently appealed to the Environment Court.

A hearing began in May 2008 and concluded in February this year.

The company was disappointed by the decision and it would be assessing the decision in detail to consider its potential responses.

The 630MW windfarm was planned to be big enough to power every home in the South Island. The first stage would produce about 150MW, with Meridian building more turbines as demand increased.

However, the project was opposed by local residents, who wanted to protect the tussock-clad ranges from 160m-high turbines and 12m-wide access roads.

The only thing that can get me to break my No-vember rule ... is really good news. And the really good news is that the Environmental Court (NZ) has ruled AGAINST the Meridian Wind-Power Project Hayes going ahead.
This is a HUGE victory for the little people of Central Otago and surrounds. We aren't against wind-farm energy, but reason that pristine, attractive land needn't be spoilt for it to happen.
Kudos to poets Richard Reeve, Cilla McQueen, David Karena-Holmes and Brian Turner, artists Grahame Sydney and Marilyn Webb, rugby player Anton Oliver and many, many more who spoke up against this potential travesty.
(Now we hope for similar news re TrustPower's proposed Mahinerangi Project, an equally brutal proposal for Otago's landscape.) Here is a poem I wrote in protest to these proposed wind farms. It was published in the 'Landfall' and is also in my second collection, 'made for weather'.
nothing to do with you

For a cup of coffee,
you would strike the heart

with an axe, mine stone
for its marrow.

Maim
what rolls on into sky. Screw

its offer
of light and air.

For northern power,
on land nothing

to do with you,
you would trammel

*
Rocks the wind or sun
cannot move, sleep on.

sound
we can hear for miles.

From somewhere,
a farmer

of young bulls
we cannot see.

Under our feet the gravel
coughs. Fallen apples

form a wild carpet
below a crooked tree.

*
The mist freezes
where it wafts, solid

on end, the sun a smear
across the sky’s white mouth.

Willows and poplars
as wan as horse-hair.

*
In summer, the grasshopper
screams. In summer

When we stop the car
we hear overhead

a pair of paradise ducks,
their alternating cries

the unfenced sound
of a mountain tarn.

*
Seized by the autumn sun,
valleys do not resist

the line and fall
of riverbeds and trees.

“We call this
our golden season.”

She speaks among art-deco
lightshades.

“Here, we don’t get that fog
they get down river.”

And as the railway station’s
useless clouded window

she talks of a small town now gone,
and the shop she ran for years.

*
On land nothing
to do with you, somewhere

the sound of a tiny bird.
Somewhere, lovely light,

the sound of nothing, of no-one,
of the air.

Kay McKenzie Cooke
And another poem, below, published in the Otago Daily Times as one of the 'Monday's Poem' choices.

If you say but
they are beautiful
too, he will tell you, yes,
in isolation,
somewhere not pristine,
there is an eeriness,
an artful symmetry like a star
or the centre of an orange.
But here, where wind forms
waves over tussock, how
it chills him, the thought
of these seedless lilies
they say will pit
his falcon-feathered hills.
These aberrations
that stalk and mar
his valleys and till their wind
for power. These bastards,
these pale mills, for as long
as it takes to halt
their wrongly-placed
sway over land
not meant for such rude
points he will tilt at them.
Even cancer cells, he says,
can look beautiful.

yay- great news for the tussocks!

Dear Kay - a great post, thank you. This is such a wonderful outcome; it restores faith somehow, don't you agree?

I posted a link to from my blog to yours this morning and - please let me know if you're okay about my doing this - have copied the first stanza from your 'Nothing to do with you' poem as a lure to your site and to related articles in the ODT and NZ Herald. If you'd rather I not do this, please let me know & I'll adjust my post accordingly... ?

I do miss your frequent entries in the blogosphere. It was good to find one here this morning.

Hope all's well on your side of the city. L, C x

chief, i am so glad for you. i saw these windfarms in palm desert california, miles of them, and they looked, well, scary and bizarre. i'm not opposed to them but i know what you mean.

I'm a bit ambivalent on this, I do believe wind farms are a much better idea than coal-fired or nuclear power stations, but it does seem as if this one was just way too big and in the wrong place. I gather that transmission line limitations would be a problem when it came to distributing the power north to where the population is, anyway.
Your poetry is great, as always.

Thank God you have managed to stamp on the windfarms! They only work if there is a wind, they cannot be used if there is too much wind. So there always has to be a "proper" power station standing by (and generating) to cover for them.
What a 21st century con they are. Their manufacturers are laughing all the way to the bank with all the grants they get.
Out in the sea, off shore there is some justification for them - more wind and less environmental damage. But you would need to cover the South Island with them to even try to equal one (safe and clean)nuclear option.

Kay, you are such an amazing and talented writer.
What an incredibly moving piece.
Thank you so much.


Best of luck with the endeavors; sounds like all good news so far.

PS - missed it around here!

We near Cape Cod fight this issue as well. Here the predicament is spun differently---the "greens" actually want the wind farm and the sort of posh rich people whose view would be impaired do not. Reading your post, I'm not sure what to think or where I stand. I believe what you say, though, and am glad your area will not be sullied. Beautiful poem and I can't wait to hear about Nano!

A very Victorian Presbyterian church on the corner. This church is now empty - not because of disinterest, but because it didn't pass... 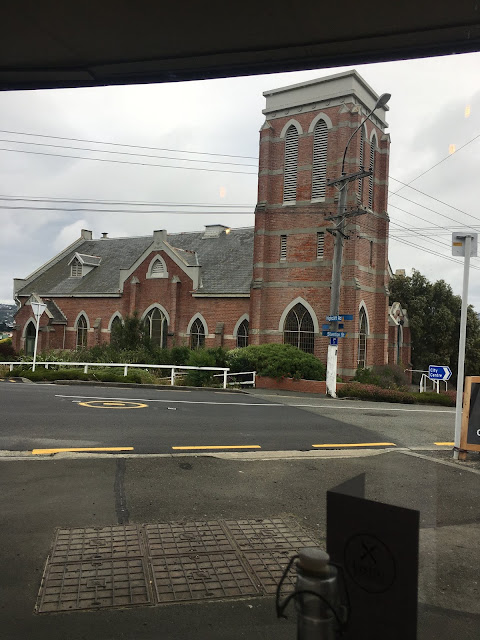