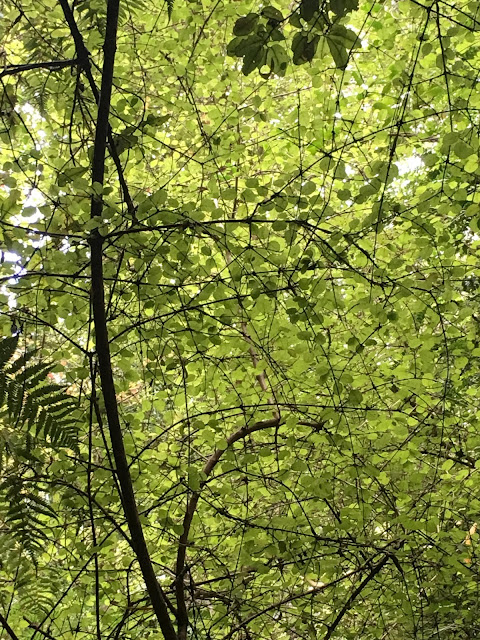 On a recent bush walk, we noticed afresh how conscientiously fellow walkers greet each other in passing; no matter how brief the attempt, we are trying in our own way to make sure everyone is okay, extending a smile of friendship. Behind such gestures lies the truth that we are all in this life together. We are all equal.

I have already posted in my website kaymckenziecooke.com about how difficult the past week and a half has been for myself and fellow New Zealanders (Kiwis) and I want to share about this here on 'Time and Place' as well. 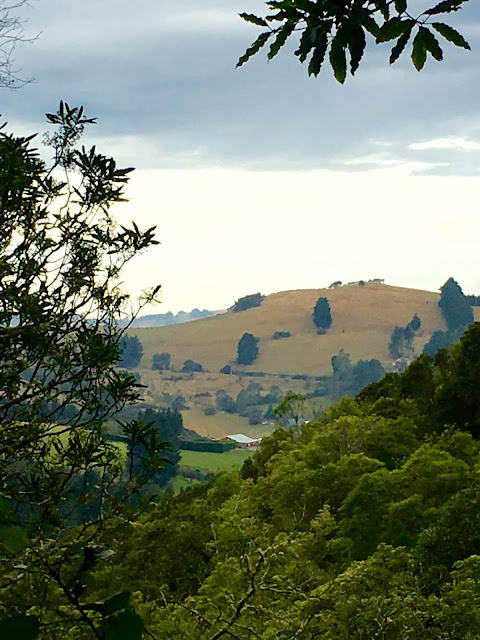 Walks in the bush lately have helped heal and strengthen our faith that this life, this country we live in, is a good one despite the harm some can cause to both.

On Friday 15th March, a hate-filled individual entered a mosque in Christchurch with a semi-automatic rifle, shooting down the people inside who were attending mid-day prayers. Before he could be stopped, he then went to another mosque and killed again. Altogether he killed 50 people and injured 42 others.
New Zealand has never before experienced a terrorist attack of this kind. We hope we never have to experience another. 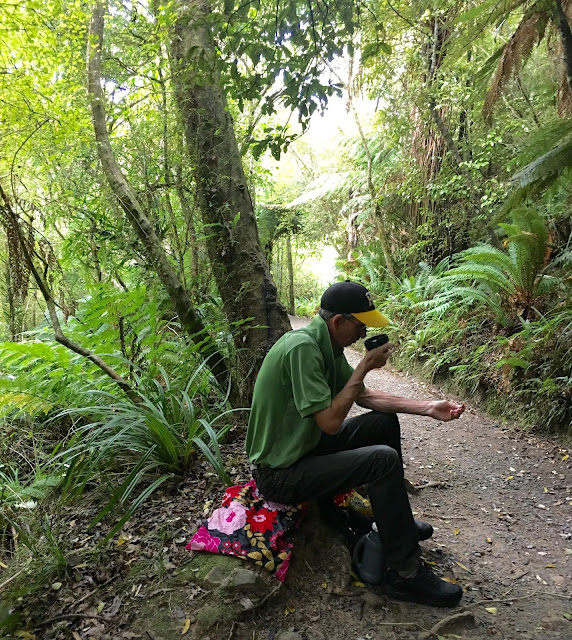 Robert on the track. On our walks, we like to look for a spot to take a break, have a cup of tea and a biscuit.

Our response as a country was swift. We comforted, reached out and communicated deeply with our fellow kiwis of the Muslim faith. Many of them are new immigrants, but others have been residents and or citizens for many years. They are our neighbours. In other words, this person attacked and harmed us all. 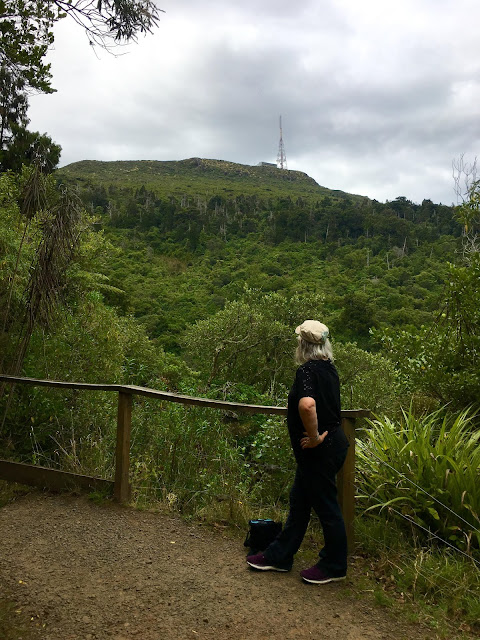 I look up at the summit unreached - not quite making it there this time. Ran out of both steam and time.

It has opened our eyes and minds to a nasty element that exists in our country. And not only in our country, of course. But those of us who will not tolerate such attitudes, have pledged anew to call people out who demonstrate hateful, intolerance and bigotry; no matter how minor it may seem.
The majority must strive not let a minority cause such harm ever again.
This person acted alone, but yet he was not alone. He carried out his rage-filled acts while communicating with others on-line and taking a video, which he uploaded as he went.
As long as anyone else agrees with his stance of not being willing to allow everyone their right to believe and live in the way they choose; of not loving our neighbours as ourselves; there will remain some level of condoning such a horrific act. 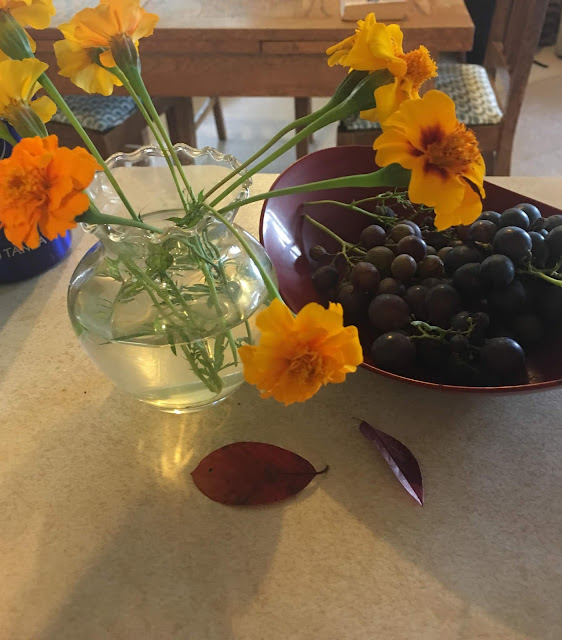 Autumn produce: autumn has arrived with its favours and treats and in its quiet way, healing, restoring and preparing us for the more difficult winter months ahead.


Rocked and shaken by this recent dreadful, sickening act, we are slowly getting back to normal. However, it kind of feels now like a new normal.


My son (bless him) posted the photo and words below on Facebook. I post both here with pride.

This is a photo of today, in our Aotearoa, in Christchurch’s Port Hills.

Immediately after I took this photo a car pulled up and a group of people got out dressed in Muslim tunics, hijab and kufi hats.

We smiled to each other and exchanged niceties about the view. Then we stood there in silence... a silence broken by the brother in a kufi hat asking me about my bike ride. He asked me about my bike, asked me where I was heading. I told him. He made a connection.

I asked about their day, what they were doing. He told me that, with his family and friends, he had come from the North Island to visit the Masjid Al Noor mosque, the sanctuary that had been hijacked and thrown into unfathomable tragedy a week ago. He was solemn when he spoke, a pall of grief all but  visible on his shoulders. But he spoke with a calmness that inspired me to attempt the only Arabic I know: As-salamu alaykum. The brother smiled and politely corrected my pronunciation. As-salamu alaykum. Peace be upon you.

After that we looked out at the view together. We shared that moment. There has to be peace now, he said.

Now, I know that if this atrocity had not occurred, the brother and I would not have had this chance to connect. Would we have made the same connection if we had met without the events of last week? That is beyond the beyonds. That is not for me to know. All I can do is trust.

I can only trust that there is always good to emerge from bad. I can only believe there is a deep seated decency in people of all walks of life, and that the one fragment of light shining through the darkness that shattered our peace last week is the light that will connect people of Aotearoa with each other. Peace be upon us.
- March 26, 2019 2 comments: