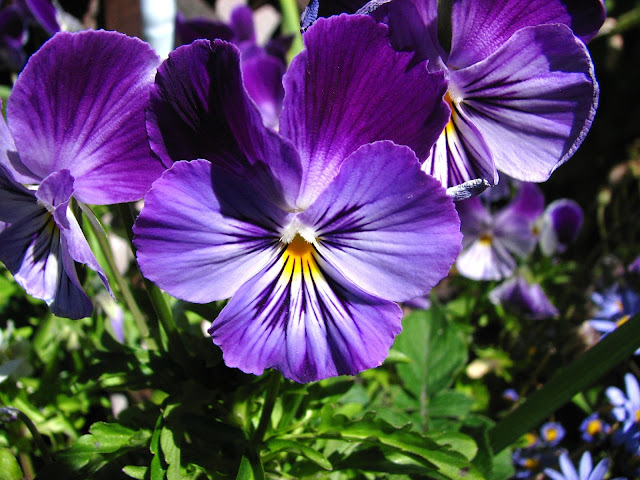 All of a sudden, it's December again.

Here in New Zealand, that means summer and a summer Christmas. To people in the northern hemisphere, this may seem topsy-turvy, but to us southern-hemisphere dwellers, how we twirl in the universe is just how it is and having Christmas in summer, feels very normal and right. Even though images of snow, holly, sleighs and roast-meat meals followed by plum-duff puddings are somewhat out of synch with our summer season, we have adapted. 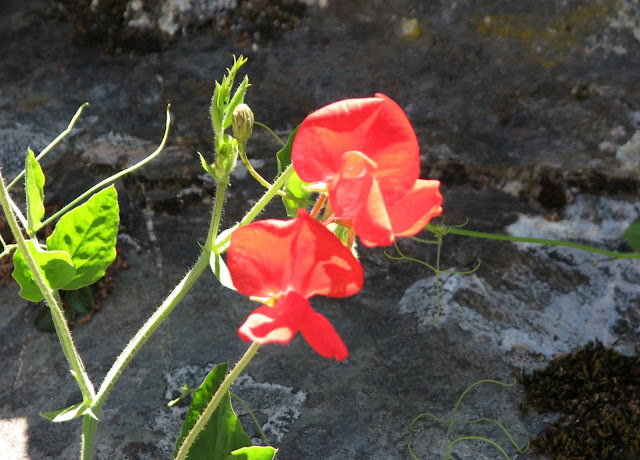 I've had to turn a deaf ear to my novel's murmuring for attention and abandon it for now, as Christmas preparations kick in and I devote my time to making Christmas presents

You may well ask.

I am posting the explanation below, via a newspaper article that appeared in our local newspaper. 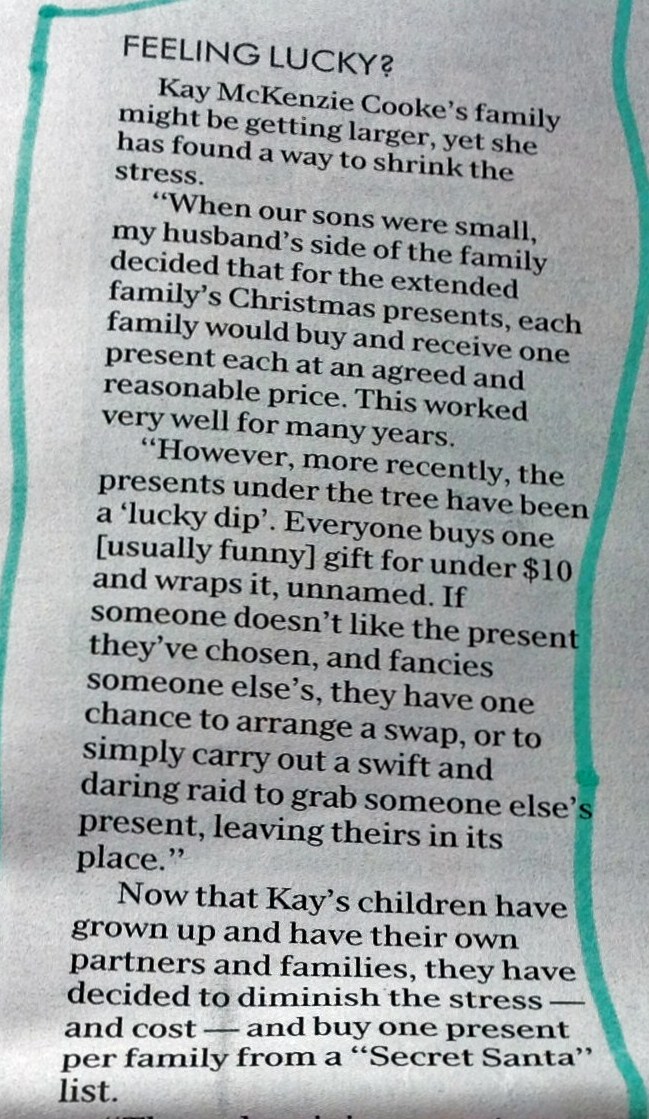 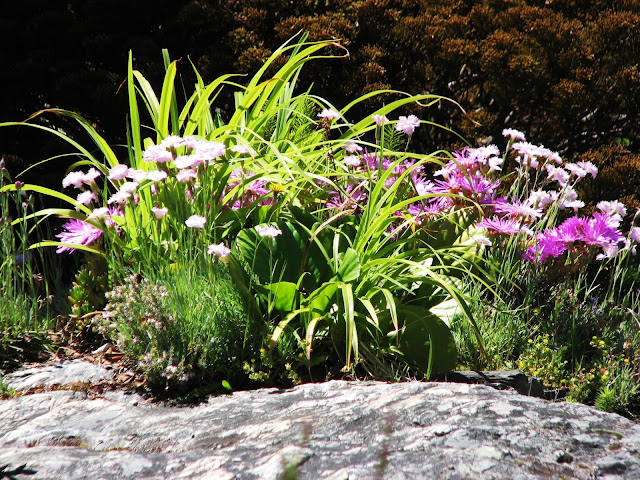 The presents I am making for Christmas involve sewing seams by hand. Back stitch is the preferred stitch; superior to tacking, it edges forward, then heads back to double-check that all is well; all is anchored; before making its next advance.
In this way, the sturdy and reliable back-stitch creates its own momentum of insurance.
As I stitch and when all is working together as it should, save any knots or glitches, the silver needle starts to fly and I can't help but think of how life too is a mixture of going forward, then checking to secure the present to the past before progressing farther. 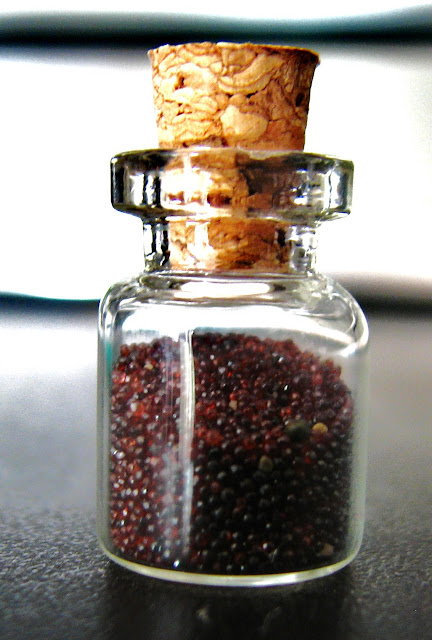 Who knew that ruby sand was even a thing?

Last month I attended a sesquicentennial in a special place (which I have talked about often before, but this time will leave un-named).
It is a place by the sea that is my heart's home. Hallowed ground. For me, it is ancestral ground and my feet never stand as firmly as when I am standing in that place.

And in this place, it is possible to find ruby sand.

I never knew there was such a thing, but during the sesquicentennial celebrations, a woman came and sat down beside my aunt and me and during our conversation with her, quietly produced two minute phials filled with the dark-red glint of ruby sand. She explained what it was and how it is procured and then proceeded to offer the phials to us, as gifts. As tokens of our brief return home.

This ruby sand is sure to make an appearance in my novel - even if only to prove that happenstance forms a major part of any writing. (Even lamenting novels that have found themselves languishing on the back-burner until Christmas is over).

And how I want Christmas to be over.

There are aspects about it that I enjoy, but it always feels so good when it is all over for another year, taking with it all its accompanying, manufactured hooplah.

For it seems to me that for nearly a century now, the commercialisation of Christmas has caused the whole season to go insane - to lose its reason. But I'll leave any in-depth analysis of that particular angle (note, not 'angel') for another time (which may also mean, never).

Take care out there. 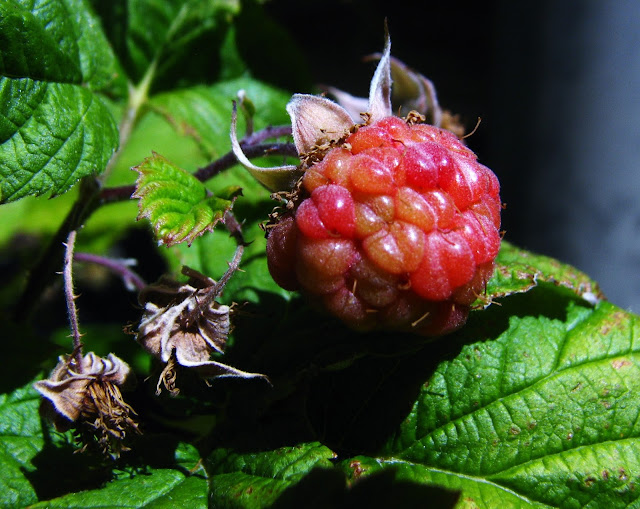 ruby-red raspberry, ripening in the sun in Queenstown, NZ
- December 11, 2015

What an excellent idea for Christmas presents, Kay.
As to Christmas in high summer - my daughter in Perth W.A. still has a "mid winter" celebration in July. 40 Christmases in UK mean that their summer Christmas is not traditional enough for her.

I think Christmas was designed for colder climates. I experienced a Christmas in Aviemore, Scotland with snow all around (1978) and it seemed just right somehow.

All three of our NZ holidays were November - December. Christmas displacement seemed most pronounced as we wandered round Wimbledon village in Auckland with the street decorations almost obliterated by strong sunshine. Later I started asking NZ citizens whether they would be taking the coolie box to the beach or stuffing them selves with unseasonal fare on Dec 25, reckoning this might somehow be a clue to monarchy out/in. The results were inconclusive and some people were too shy to reveal their preferences to a Pom.

Today's Guardian has a story about your competition to change the flag. Not that it matters to anyone, I'm all in favour of you dropping the Union flag but the strongly favoured design the Guardian published emphasises the difficulty of positioning the Southern Cross to best advantage against the assymetrical outline of the fern. I do hope you get it right since both these elements are surely "musts".

As to DIY Christmas presents I'd be worried that anything from me in that line would be seen as an insult rather than a gesture of goodwill. I note that poems are permitted. Most of my output (verse rather than poetry) consists of Shakespearean format sonnets and I wonder about doing them to order. Limericks would be less risky, or would they? They're supposed to incorporate, or consist of, a joke and jokes are best contained in crackers. Reckon I'd cheat and hand out bottles of champagne; they aren't often turned down.

Have a good one, as the secularists say.

Roderick -Thank you for your fascinating thoughts, insights, asides and comments. I'd certainly accept a bottle of bubbly! in place of home-made. But I'm happy with what I've managed to come up with. Only flummoxed when it came time to make something for one difficult male! So I did cheat a little there.