Tea and Sea; Poppies and Trees

Dang and blast it all - somehow this new blog post thought it had instructions to replace my previous published post, which now I cannot retrieve.

(I see the comments to the previous post have remained intact!  Which is something to be grateful for).

A quick catch-up for those who didn't see my last post:
I was glad to see the back of winter as it was a tough one in several ways. The death of Robert's father (which was relatively sudden) hit us hard.
To compound the resulting sense of loss, we also had to say good-bye to Aggie, our 17-year old cat.

I have been working on my novel as much as I can. It's proving to be a bit of a slog. Very different to writing poetry. But nevertheless, there is satisfaction in seeing the work grow - a bit like knitting. Every stitch counts in the end and after a while you can actually see the progress you're making.

And now it is Spring. 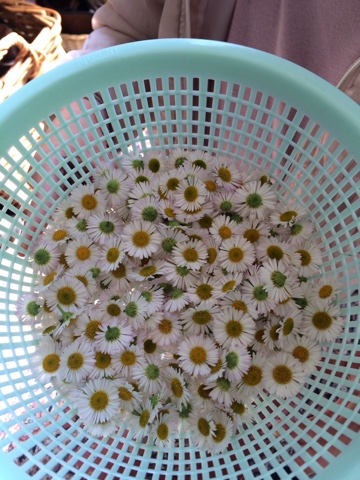 Chamomile daisies collected by our granddaughter ... 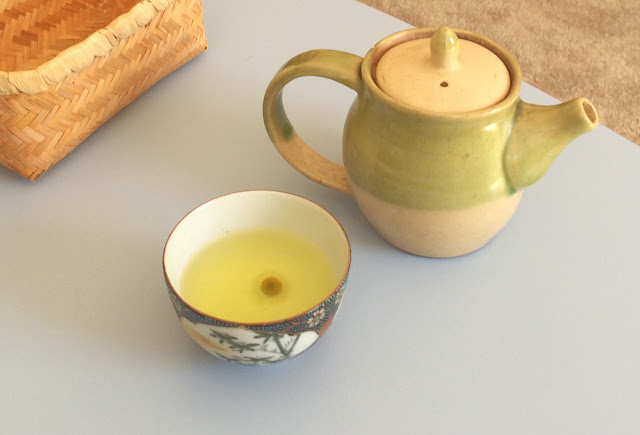 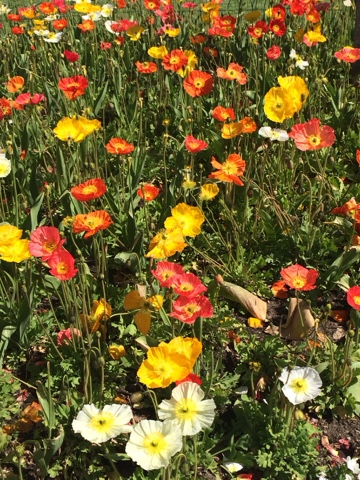 A blaze of colour. Poppies in Dunedin's Botanical Gardens. 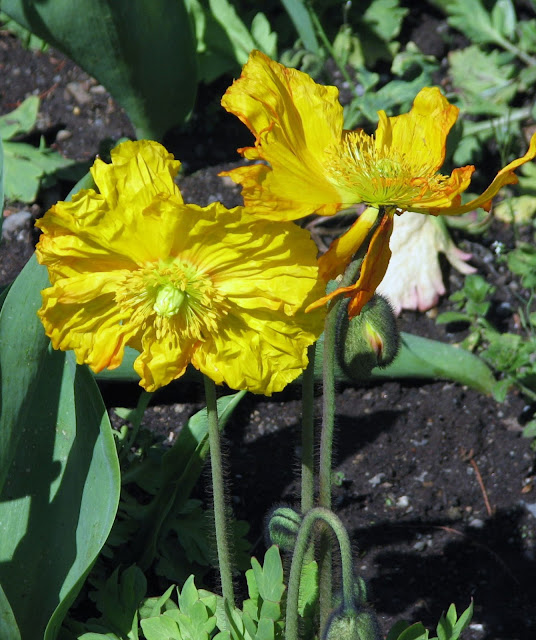 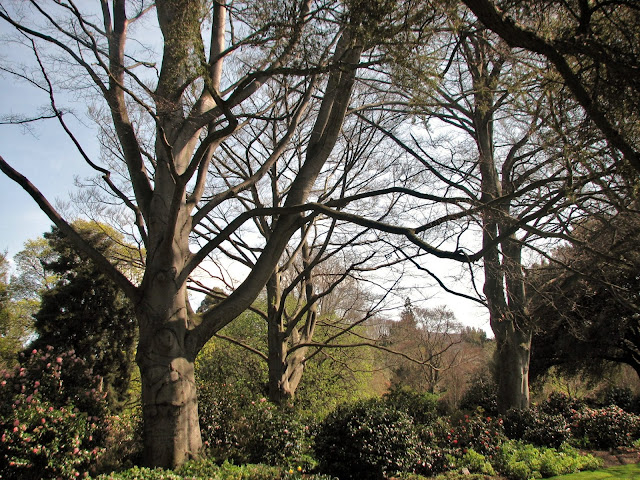 This photo was taken on another visit to the Gardens in winter before Spring bounced in on the act. The soft colour of these tree trunks puts me in mind of deer velvet. 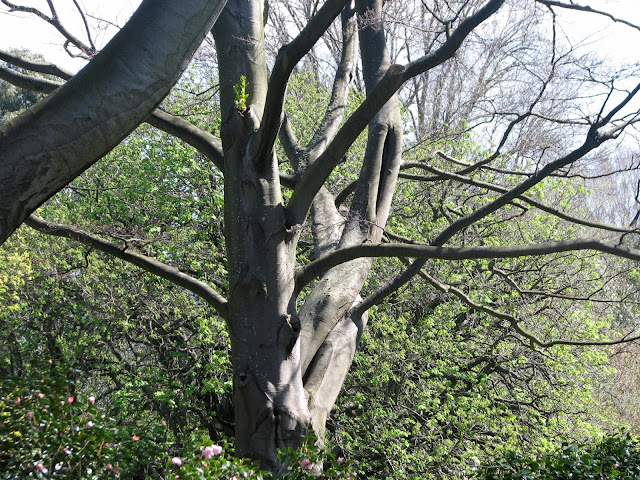 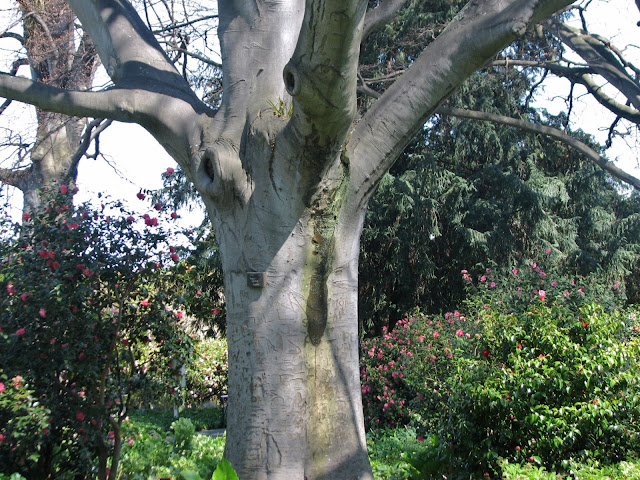 The Gardens are at one end of the city ... 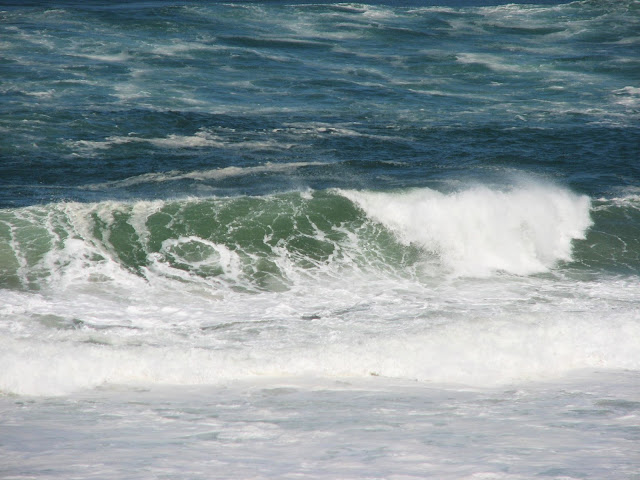 and as luck would have it, at the other end, is the ocean. 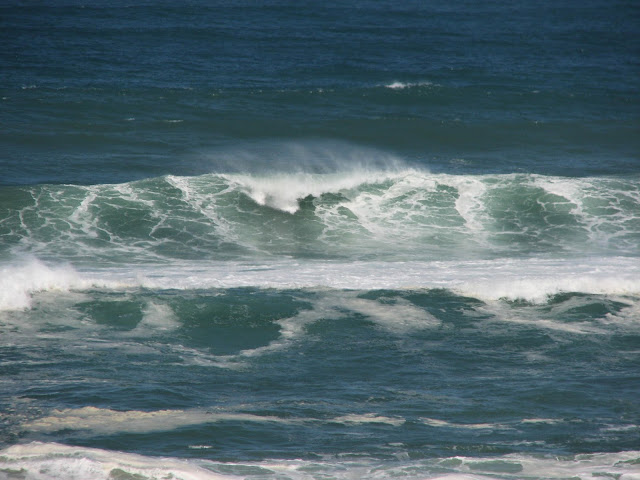 I've been finding lately that as well as appreciating the beauty of flowers and trees in a garden, gazing (as mindlessly as possible) at the ocean breakers, is also a soothing and healing thing to do. 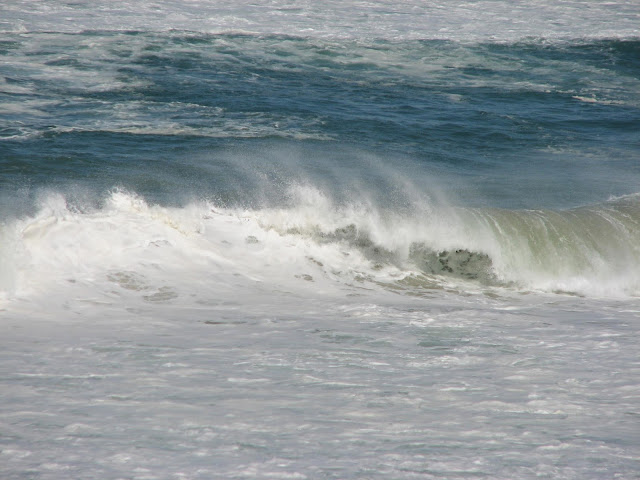 The insistent tides are symbolic of how despite what upsets our circumstances, life still goes on. 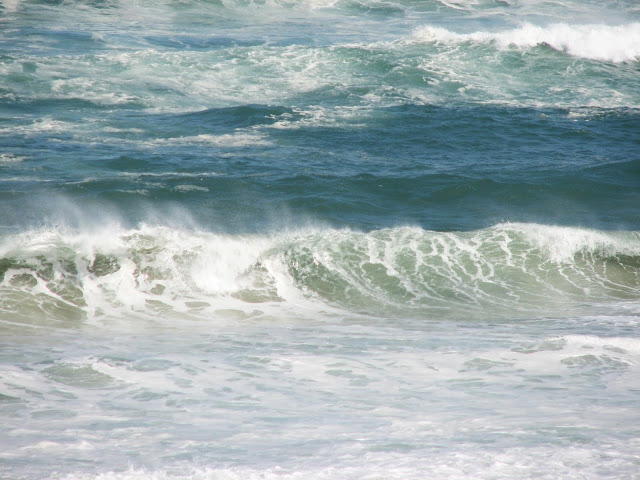 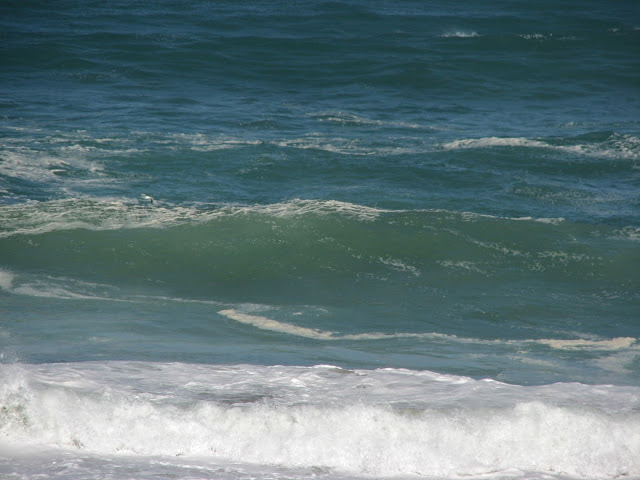 I find that watching the ocean's inevitable collapse and re-gather; the sound of its continual rush to collide with the land; is strangely conducive to the act of writing. I don't always remember, but whenever I go down to the sea I try and make sure that as well as a camera, I've got pen and paper.
- October 27, 2015 5 comments: