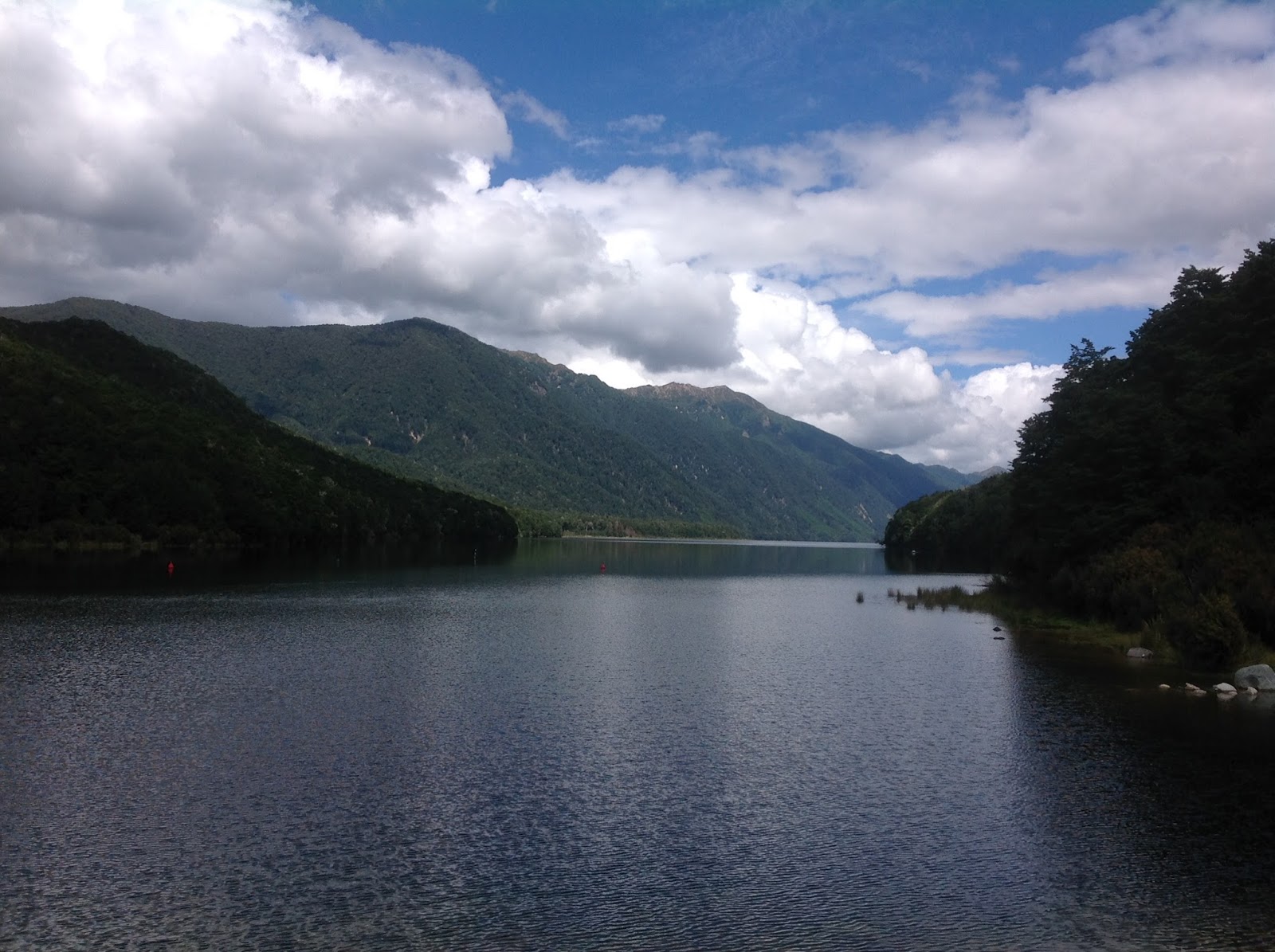 Lake Monowai - its character appeared to be more reclusive than the other two lakes we'd visited that day. Maybe because it is a bit off the beaten track. The lakes featured in this post (and the previous) may all look the same but believe me, they have very different personalities.

On this trip south, my sister was determined to stop off at places she hadn't seen since childhood - if ever. Lake Monowai was one of of these.
It is a boomerang-shaped lake and we could only see part of it before it took off round the corner into the mountains. Popular with fishermen, campers and trampers, it is off the tourist trail and one gets the distinct impression that it's happy to keep it that way.
There is a free DOC camping ground there. I imagine it would be extremely peaceful - but bring insect repellent to ward off those pesky sandflies. A suit of armour, or bee keeper's regalia, or a fencing costume - or even a simple balaclava and gloves - would be even better!
On the way into the lake we passed the place where a small hydroelectric power station is situated, at the junction to the rivers Monowai and Waiau. Built in 1925, it is one of NZ's oldest power stations. 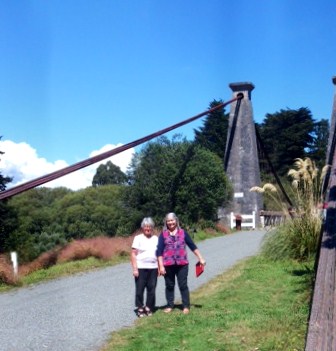 My auntie and me by the historic Clifden swing bridge - a feat of engineering. (The bridge, that is, although my late parents - and indeed, my grandparents on behalf of my auntie - may have argued that we both are too!) 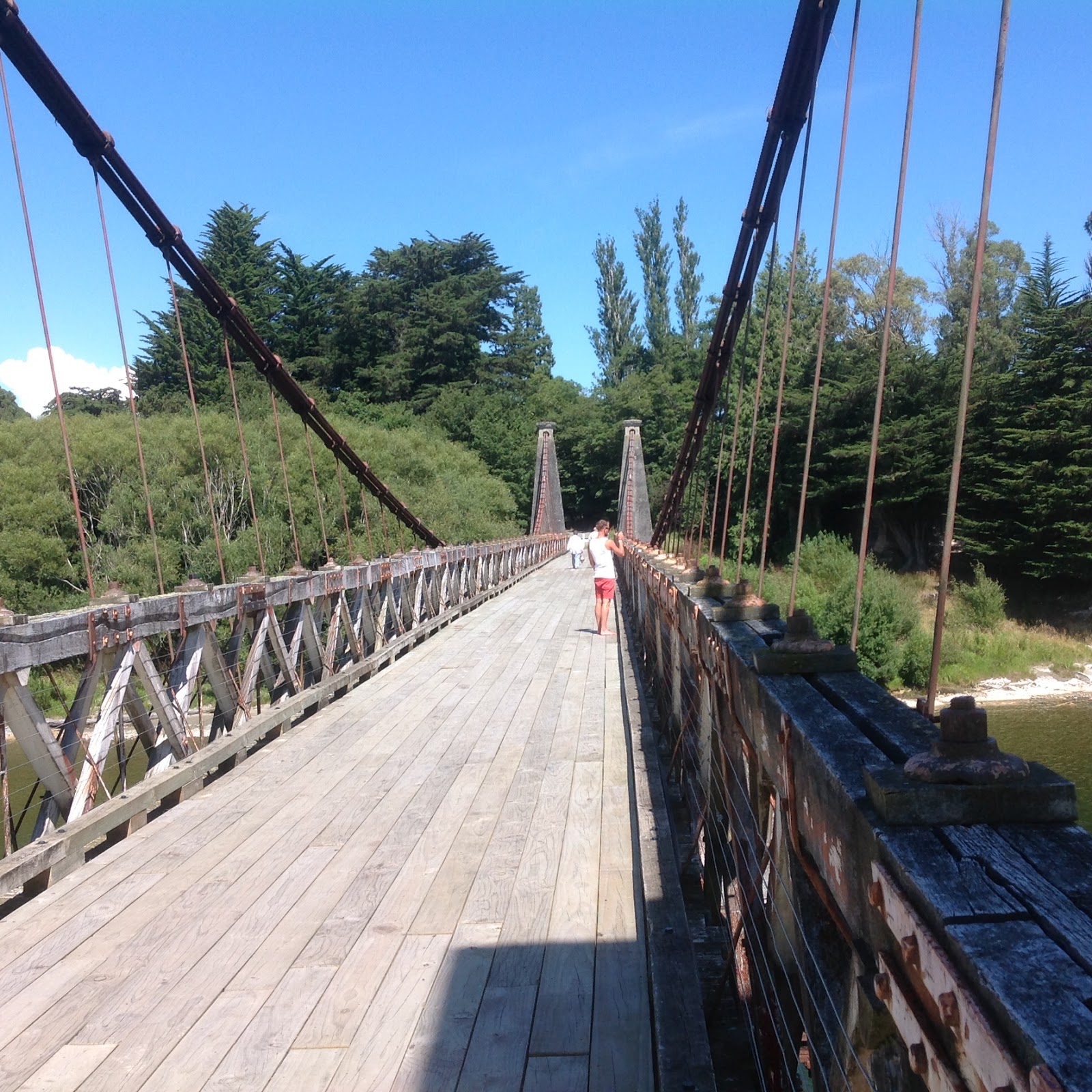 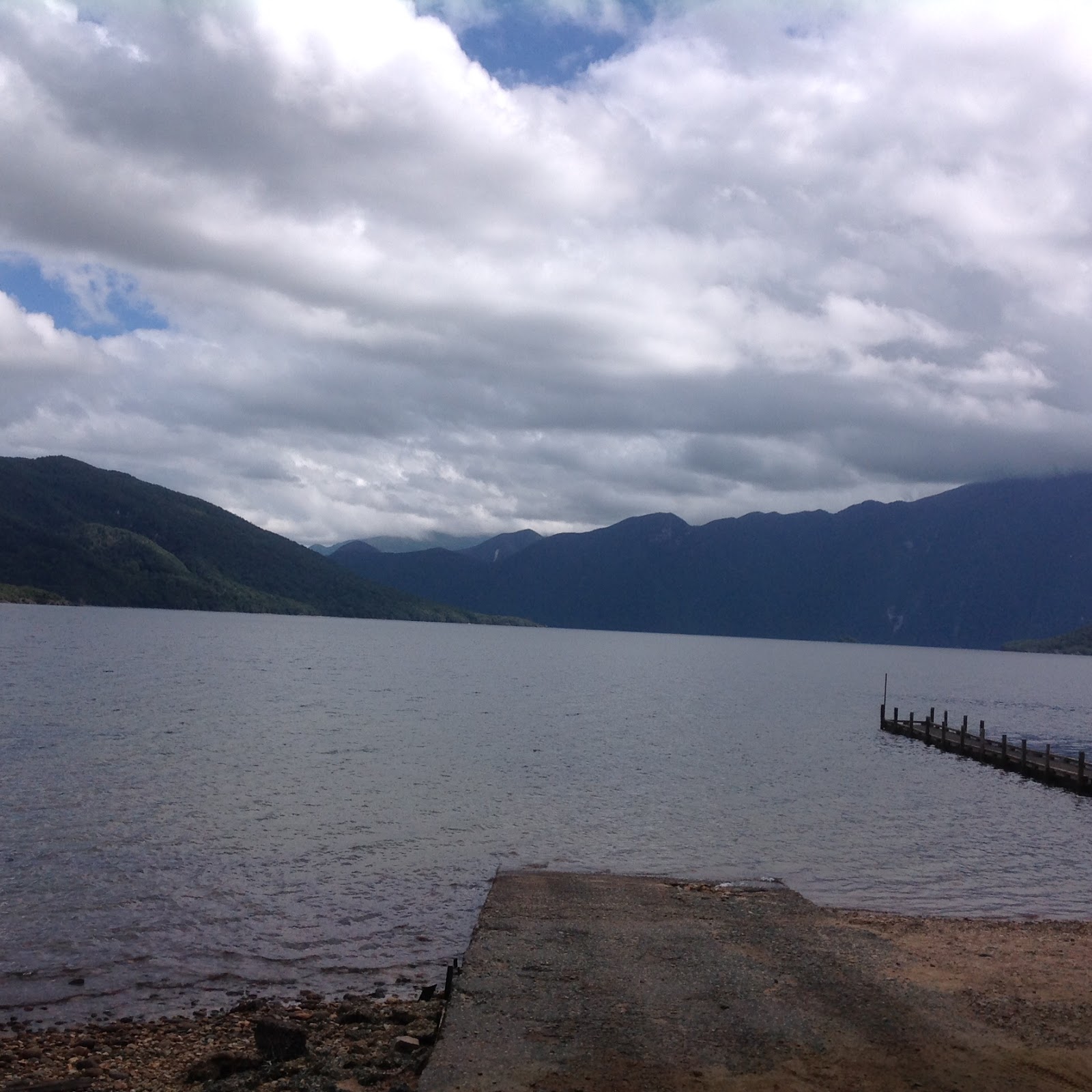 A long road (most of it shingle / gravel) that led off the main highway, eventually took us all the way to Lake Hauroko, surrounded by native bush and holding tightly to its secrets. There are burial grounds in the locality, so it is a place that is tapu (sacred) to Maori.
We didn't linger after making our greetings. 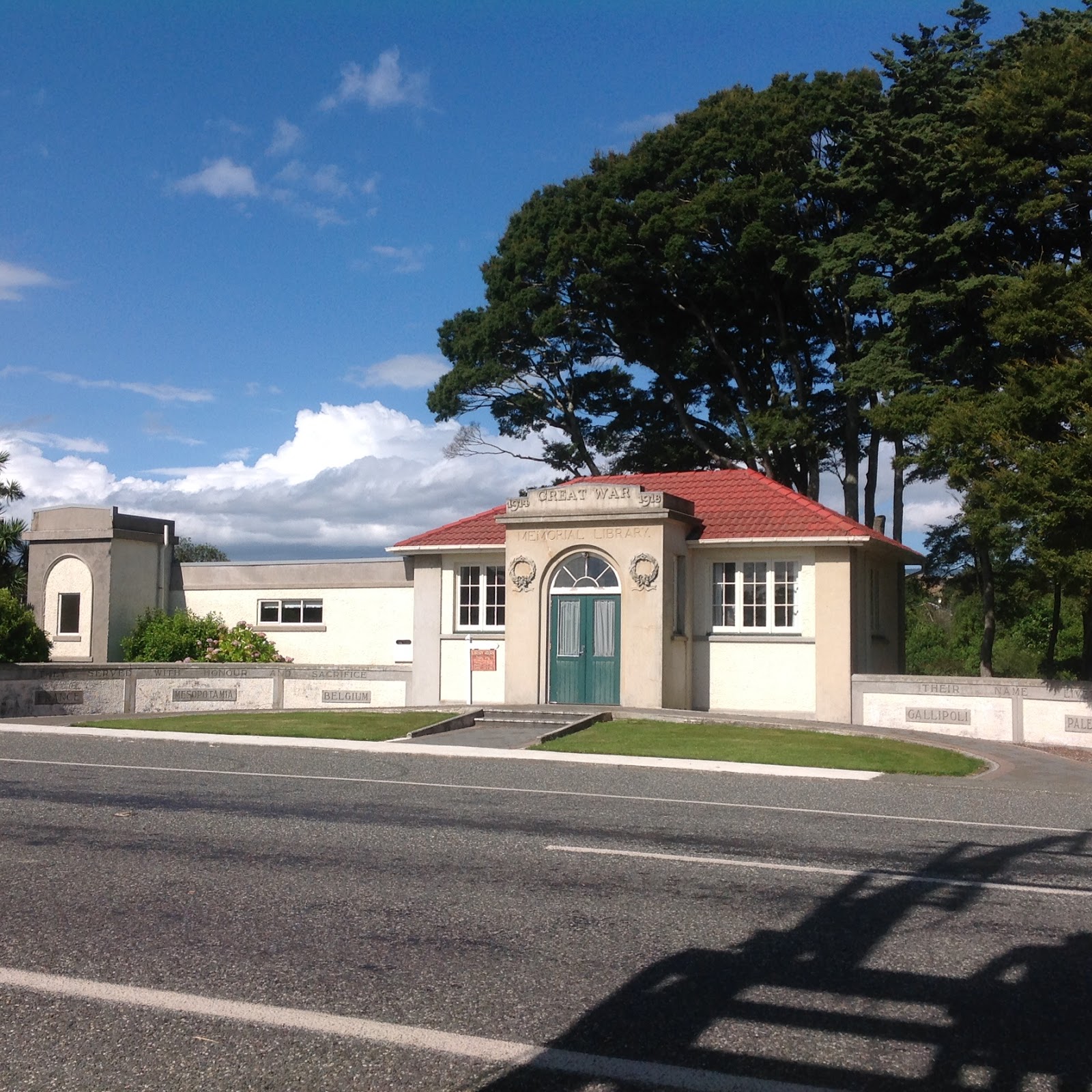 Next stop was the town of Tuatapere - birthplace of me and my six siblings. Every small town in New Zealand has a war memorial (as in other countries, I'm sure) to honour the dead in the First and Second World Wars. However this may be the only war memorial that also serves as a library. 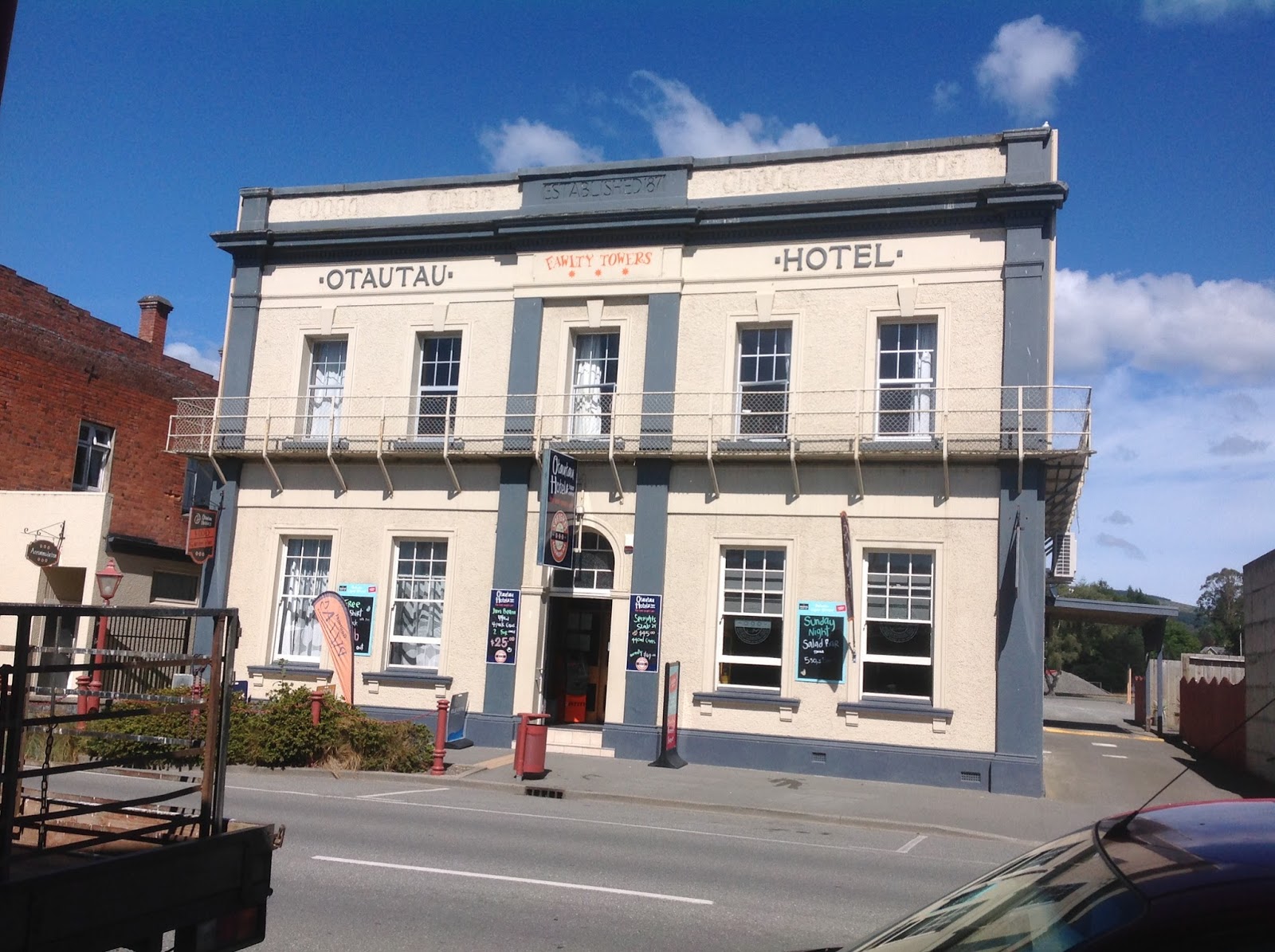 Our last stop for the day was the Central Southland town of Otautau. We stayed the night in the hotel here after enjoying one of the most delicious pizzas (made on the premises) that we've ever tasted, we reckon. 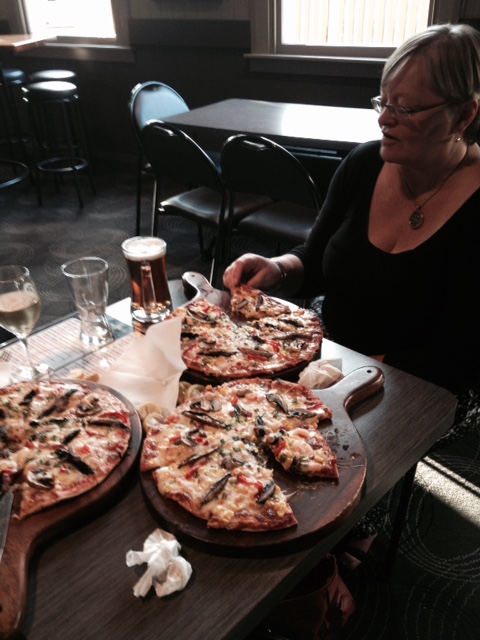 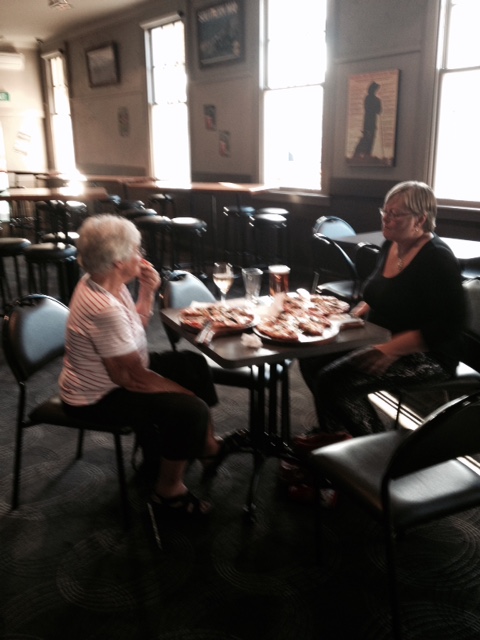 Otautau, the heart of Southland, is a place that is important to our family for more than one reason and on more than one level ... Happy, sad and where a missing piece (or pieces) to a family tree puzzle may be held.

It was good to spend time in this town.  For me, its sense of pride and friendly, welcoming nature is the memory that remains the strongest.

There is a lot more to tell about our trip - family tree moments, the revival of memories and even some mishaps; mostly funny. But (for now) what happens on the road, stays on the road.
- February 27, 2015

Thanks Avus - glad you enjoyed the trip!