The Scoop on Scoops 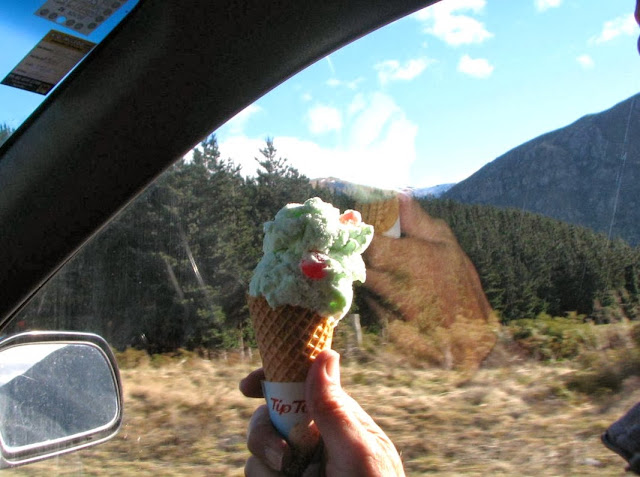 When we were in Germany, we bought an ice-cream from an ice-cream cart. "One scoop, please", we said (or maybe Jenny translated that into German for us. I must say it was useful having Jenny with us. When you are tongue tied from not knowing a language, it can be a frustrating experience. This feeling of being lassoed to the spot is certainly lessened when you have someone who is a speaker of the native tongue).

We bought the ice creams in the extremely spacious park in Munich called Englischer Garten (English Garden). This space has acres and acres of green grass, trees, ponds and softly flowing streams. A beautiful place for an inner city setting and it was full of Munichers enjoying the warm, summer twilight. They were strolling, sitting, playing ball games or biking on the long, wide walking / biking tracks. The place was alive with the joys of summer. 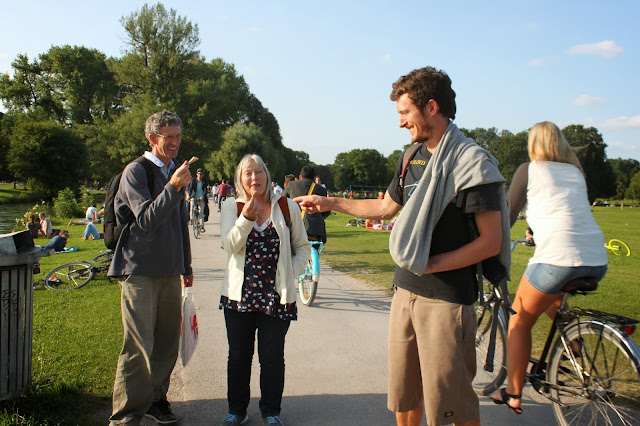 Back to the ice cream story ...

The ice cream vendor in Munich gave us what we asked for - one perfectly round scoop; nothing more, nothing less. That's okay then, you may think. But it was at that moment, just as the ice cream was being handed over, that we realised that in NZ we kind of expect a couple more dips of the ice cream scoop. A little more tapped into the shape. Definitely not a lonely-looking one-scoop round.

We were laughing about this German efficiency. Jenny was perplexed.
"You got what you asked for," she said.
"Exactly", we replied.
It was a prime example of how in Germany what you ask for is what you get. It is an efficient way of running a society. Everyone knows where they stand. Exactly. (For example, Jenny said that in Germany you'd never write on your CV 'Good Time-keeping' or 'Punctuality' as an attribute - it is a given that everyone arrives on time etc. and if you added it in, it would be regarded with suspicion).

In the very first photo in this post, Robert is holding NZ's version of one scoop, which is one scoop with another bit added on for luck. Near enough, with a bit more on top so that there are no complaints. I don't really know what that says about the kiwi psyche.

PS 'Dinna fash' ('Don't worry' in Scottish) I will be reporting on the Roadie South with my sister (with pictures) mighty soon. 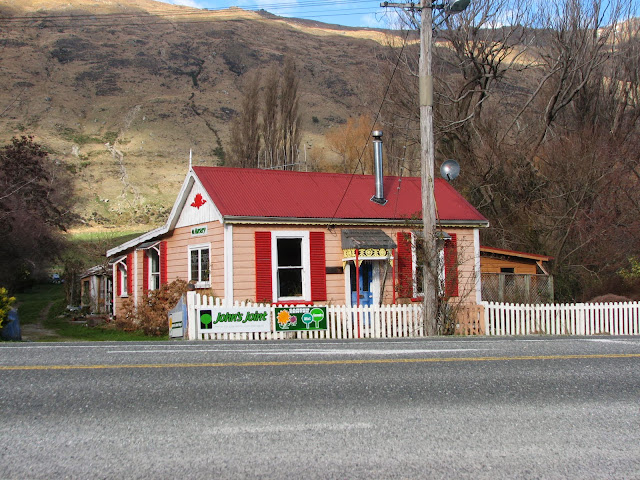 In the meantime, here is a piccie of a house that doubles as a shop in Kingston (the Southland town where we bought the ice cream).
- October 13, 2013

That's interesting. Cookies and Cream is another fav. here.