Images there for the taking over the last few days ... the theme that emerges is one of being under attack and the damage done despite the appearance of a deceptive calm. 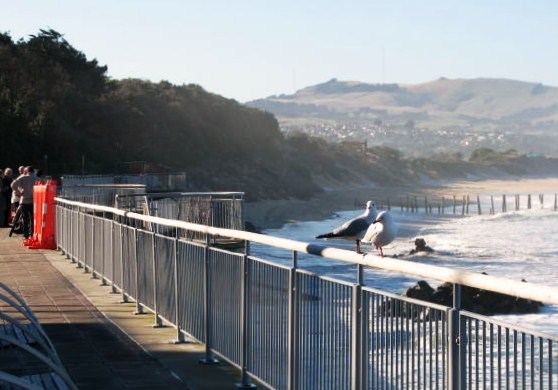 After meeting a friend for coffee in St Clair, I took some photos of where the council are having to repair the damage wrought by the ocean's high tides. After discovering a gap under the sea wall, the sea;s fingers rapidly began to unpick. 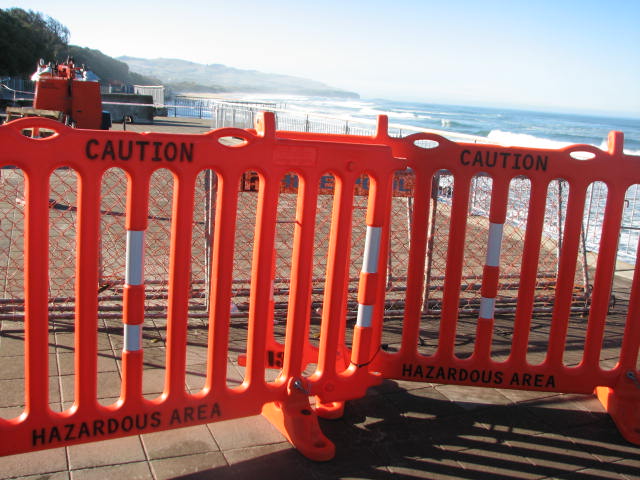 This caused sink-holes on the pavement. As a result, the machines have had to be brought in ... 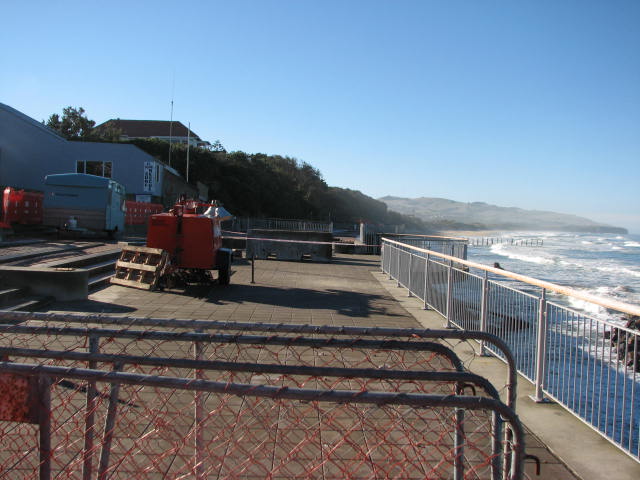 to repair and rebuild what the sea is determined to undermine. 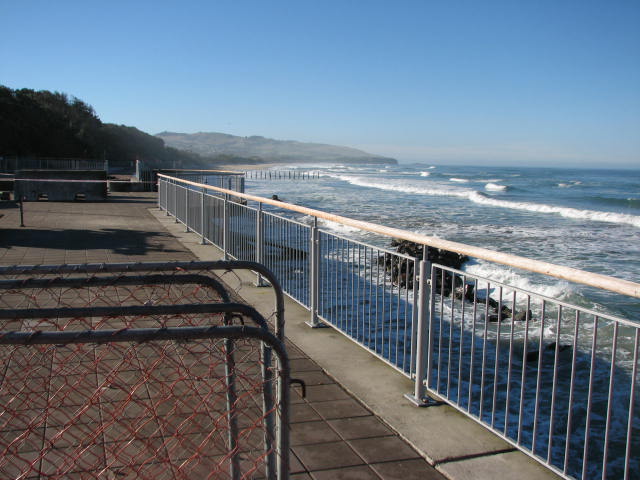 More than a century ago, the land was reclaimed from the sea and ever since, the sea has been demanding it back. 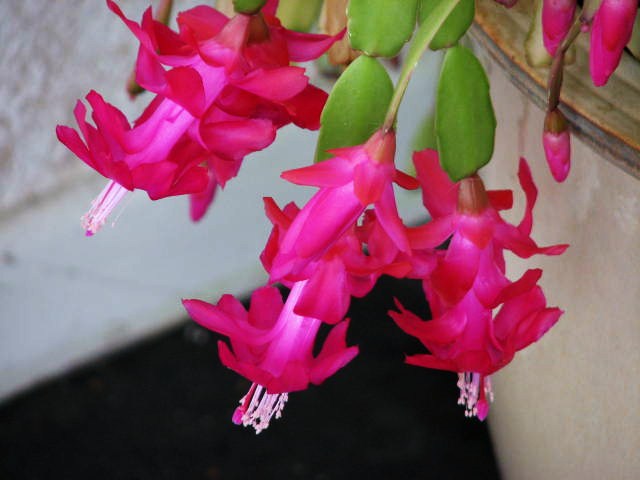 Back home the light played on the flowering Christmas Cactus - here in New Zealand, 'Christmas weather' arrives in June. 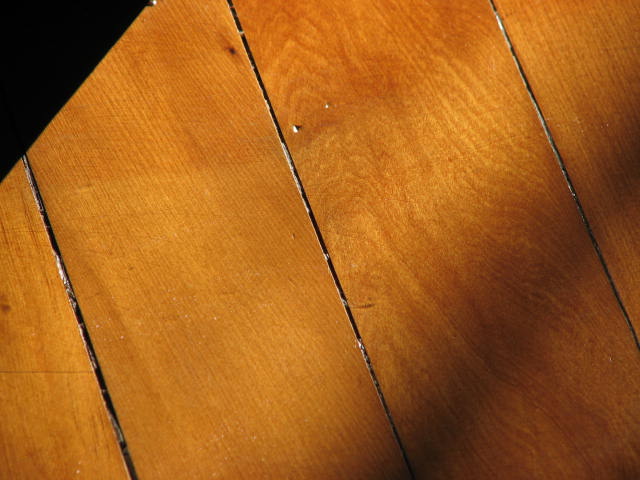 The sun on our wooden kitchen floor also caught my eye. We have been told that our late 1960's home has rimu (red pine) floors and roof timbers. (Rimu is a native NZ tree). 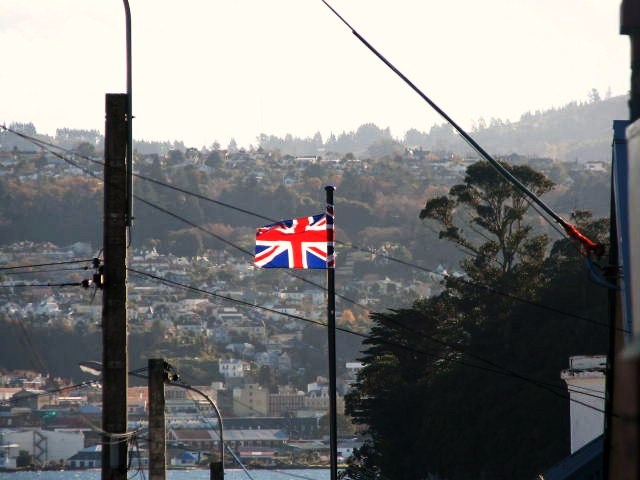 The day before, while out walking, I spotted the flag of the day flying from Fox Hall; the Union Jack - arguably one of the world's most resplendent of flags but I daresay a flag that has also been known to inflict both hope and terror in equal measures throughout its history, given Britain's history of colonisation.
According to the notice in the window, it was flying in honour of D-Day; a historical second world war sea-invasion by the Allies that occurred on June 6th 1944. 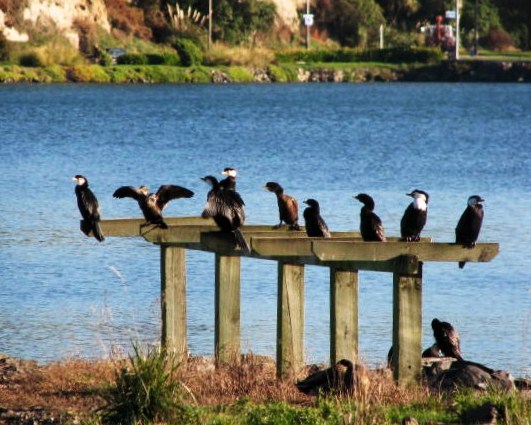 A familiar peaceful sight at the bird roost on Andersons Bay inlet. 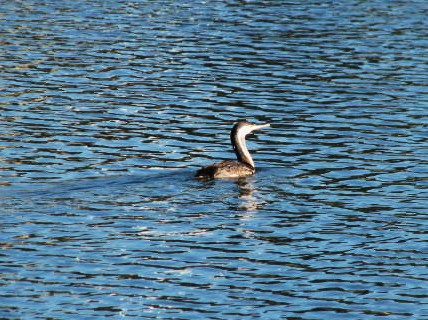 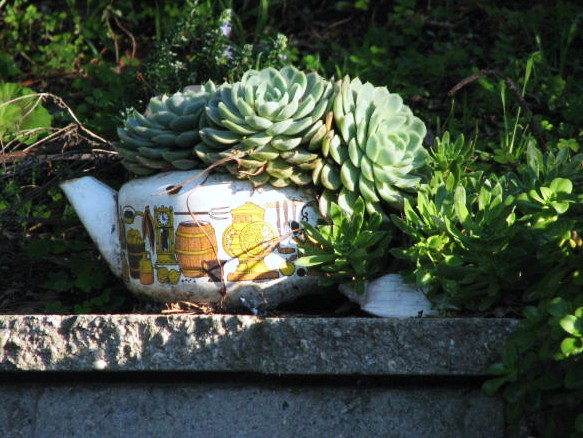 The garden catches some winter sun. 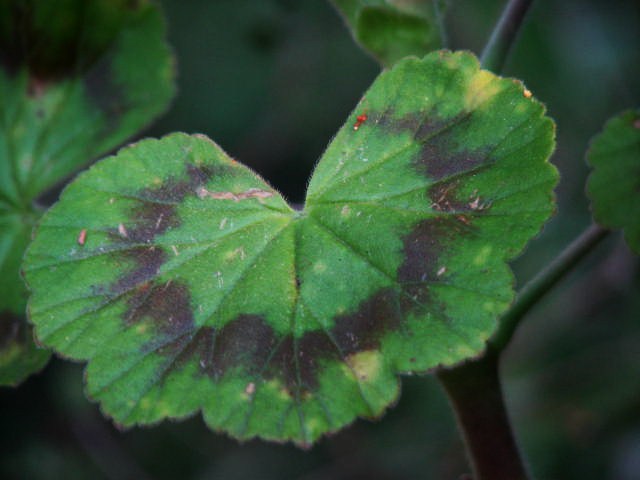 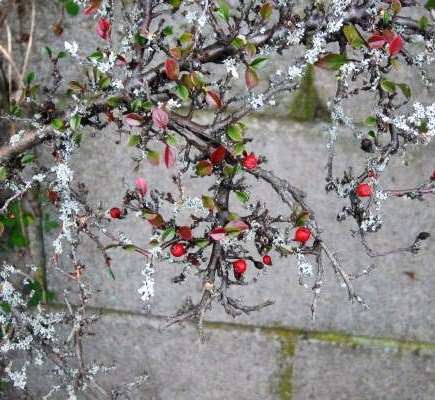 And finally, evidence of a quiet invasion; our cotoneaster in trouble - usually at this time of the year, it is thick with red berries - this year it is showing signs of being under a stealth attack from a type of invasive smoky-grey lichen.
- June 08, 2013

Kay, I read somewhere that lichen doesn't actually damage plants - rather, it colonises the bare twigs when the damage has already been done by something else (sorry, can't remember the details)

Catherine - My b-i-l tells me that lichen is also a sign of clean air and that cotoneaster needs to be fed (which hasn't happened to ours). It was also was an uncommonly dry summer - so maybe these are all reasons for the lichen wraparound.