A Matter of Grey 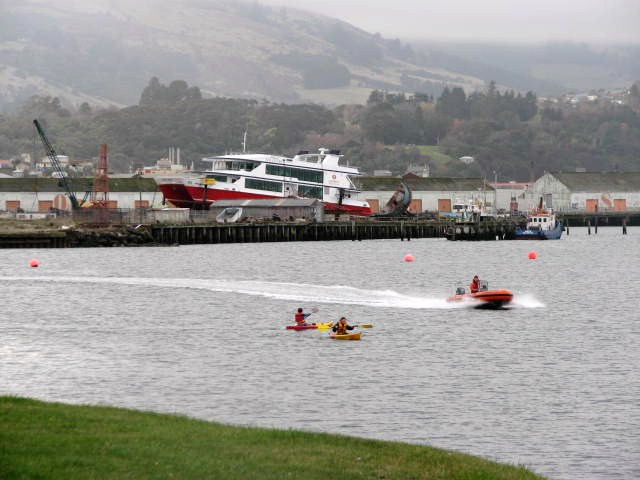 Dunedin today was donned in grey. Against such a pallid background, any coloured thing was sure to catch my eye. 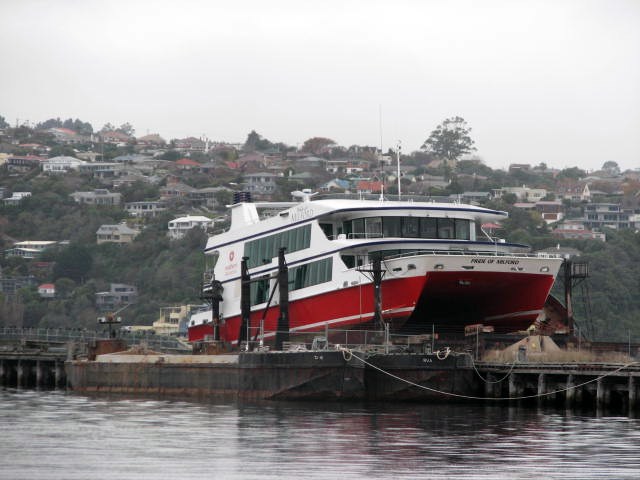 A boat in the slips. 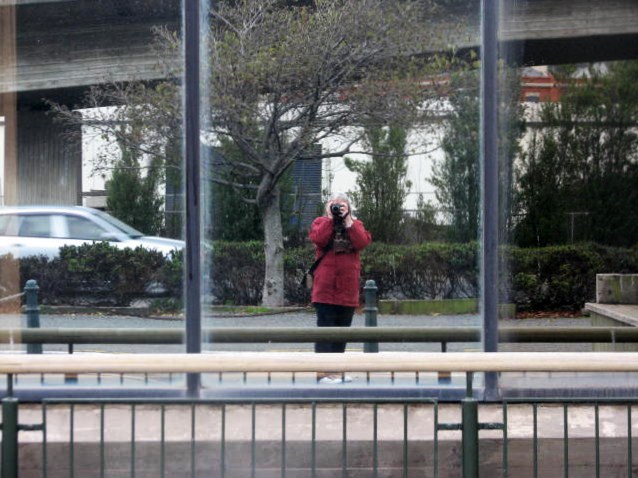 My own wine-coloured jacket coming back at me from a mirror-glassed building. 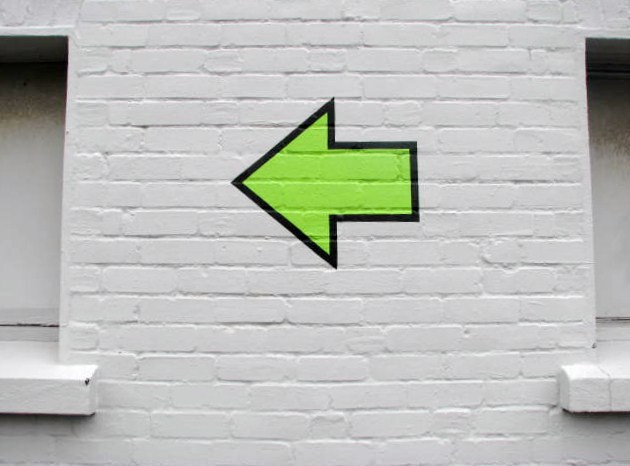 A green arrow telling me where to go.

Wikipedia has a fascinating entry on the topic of grey, giving the history of it as a colour and word; its associations (often negative) and its place in past and present cultures. It is peoples' least favourite colour, apparently. I'm actually quite fond of  the colour grey. 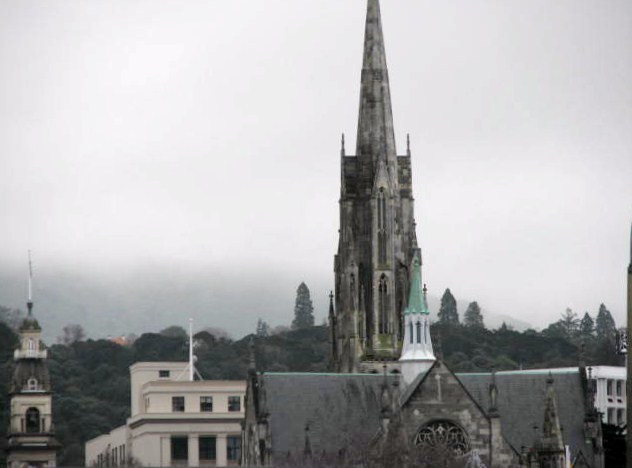 Probably my fondness for grey is a good thing, living in the city of Dunedin with its mastery of grey areas. 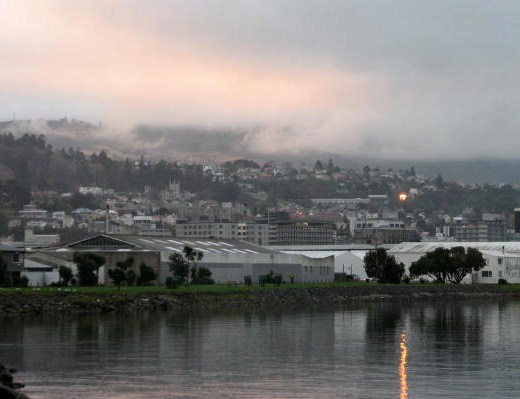 Picasso, one of my favourite painters, used only grey in his painting  'Guernica'.  Guernica shows the tragedies of war and the suffering it inflicts upon individuals, particularly innocent civilians. This work has gained a monumental status, becoming a perpetual reminder of the tragedies of war, an anti-war symbol, and an embodiment of peace. Upon completion Guernica was displayed around the world in a brief tour, becoming famous and widely acclaimed. This tour helped bring the Spanish Civil War to the world's attention. 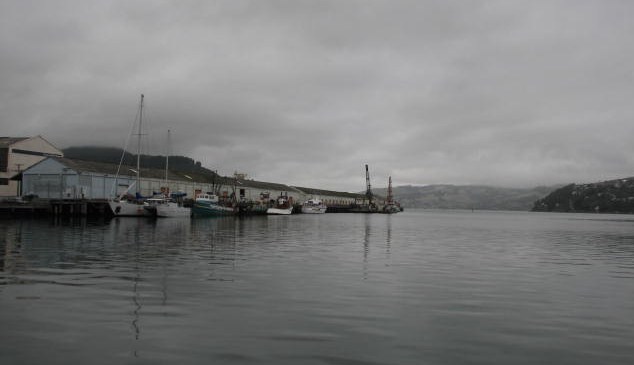 Picasso's 'Guernica' is one example of how the colour grey, although cited as a weak colour, if used in the right way (or seen in the right way) carries weight and a power all of its own, on its own.
- June 09, 2013

over the years I've grown rather fond of grey (gray) myself...I even enjoy grey days :) enjoyed your "grey" photos Kay!

Wonderful shots, Kay! The last photo is a particularly good example of a study in grey.
And the other one, reflecting twilight reminds me of your quote "How all this harbours light"

Outstanding photos. Grey is a soulful color. Thank you for sharing. x