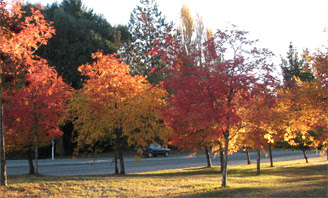 We are in the velvet grip of autumn.  The mornings are colder; sometimes there's a frost. What new things to say about this season? Keats has had all descriptions of autumn tied up since 1819 . 'To Autumn' was the first poem I ever memorised  (well, the first stanza anyway) for an English exam in my first year at high school. Now I can only quote the first line.

Season of mists and mellow fruitfulness
Close bosom-friend of the maturing sun
Conspiring with him how to load and bless
With fruit the vines that round the thatch-eaves run ...

'The work [the poem, To Autumn] was composed on 19 September 1819 and published in 1820 in a volume of Keats's poetry that included Lamia and The Eve of Saint Agnes. "To Autumn" is the final work in a group of poems known as Keats's "1819 odes". Although personal problems left him little time to devote to poetry in 1819, he composed "To Autumn" after a walk near Winchester one autumnal evening. The work marks the end of his poetic career, as he needed to earn money and could no longer devote himself to the lifestyle of a poet. A little over a year following the publication of "To Autumn", Keats died in Rome.' (He was only 25 years old and died of tuberculosis).

"In the old part of the graveyard, barely a field when Keats was buried here, there are now umbrella pines, myrtle shrubs, roses, and carpets of wild violets" (Stefanie Marsh describing the site today in her book, 'A Window to the Soul of John Keats').

Keats didn't want his name on the headstone, instead he asked for this inscription: ' " Here lies One / Whose Name was writ in Water. 24 February 1821" 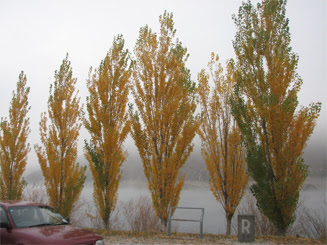 give 2 people a basket full of words and the poet will take his...and paint a beautiful word picture...just by rearranging the words to suit his emotion...and thusly capturing the readers emotion

Theanne - A pretty good description of how a poem is made, I reckon. :)