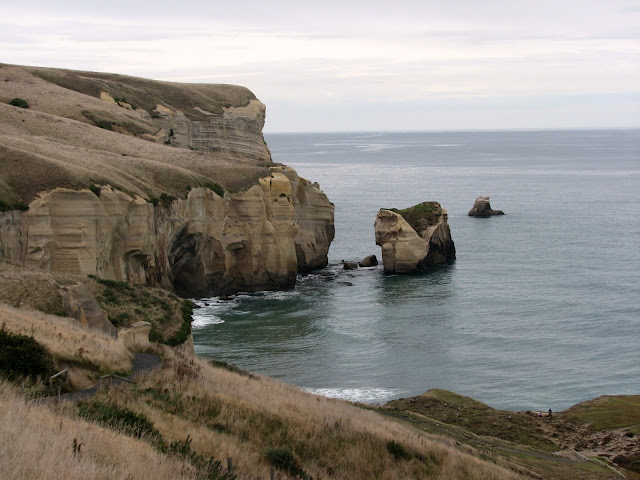 On a pleasant Sunday afternoon in Dunedin, we decided it had been a while since we'd been to Tunnel Beach, so off we went. 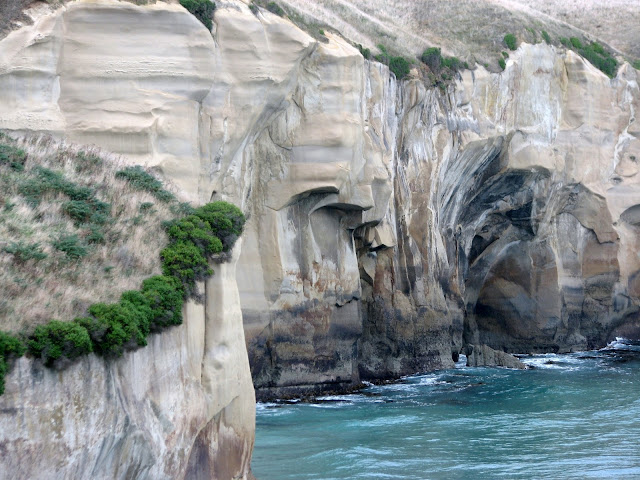 Examples of weathered sandstone is part the attraction. The sea rolling up against the cliffs in full, slow and heavy swells, provided a calming atmosphere. 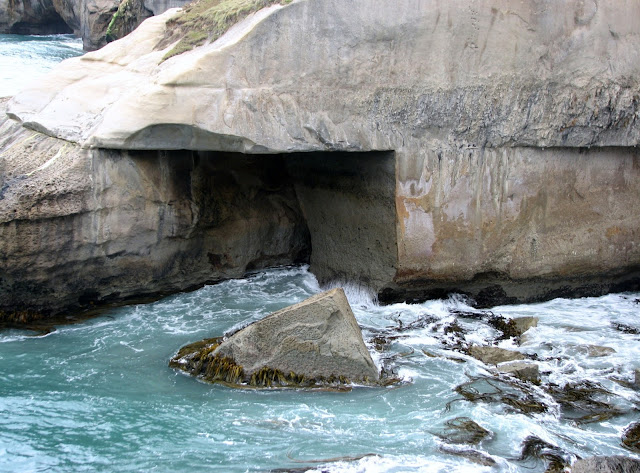 Rock that has fallen off in almost a perfect square. "Horizontally, understandable enough," muses Robert, "But why so straight vertically?" 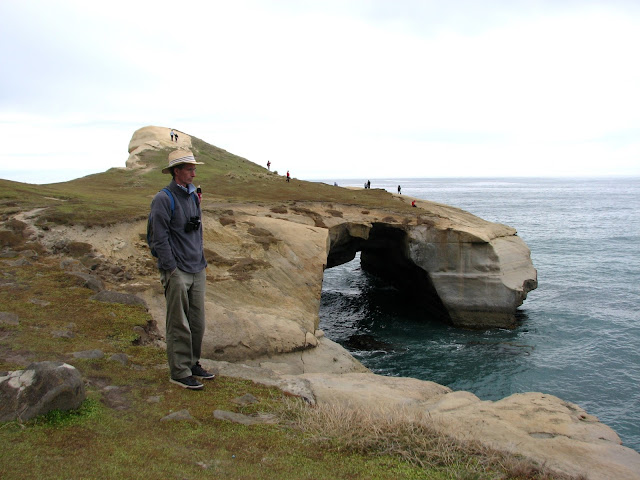 He's an engineer. Engineers ponder about such things ... 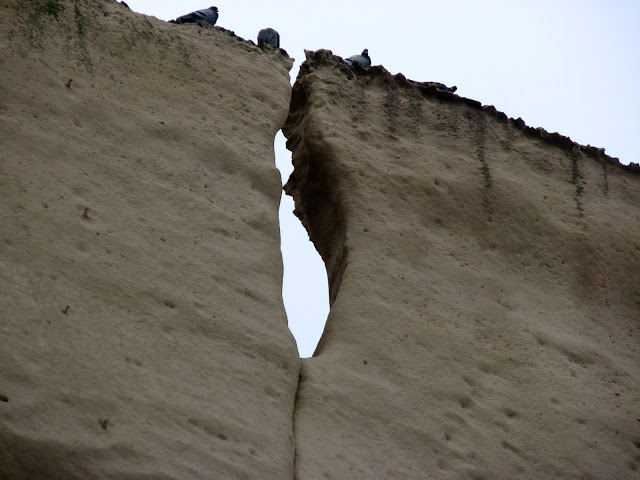 Meanwhile, the pigeons roost and coo above a piece of the cliff that looks like it will be the next bit to fall. 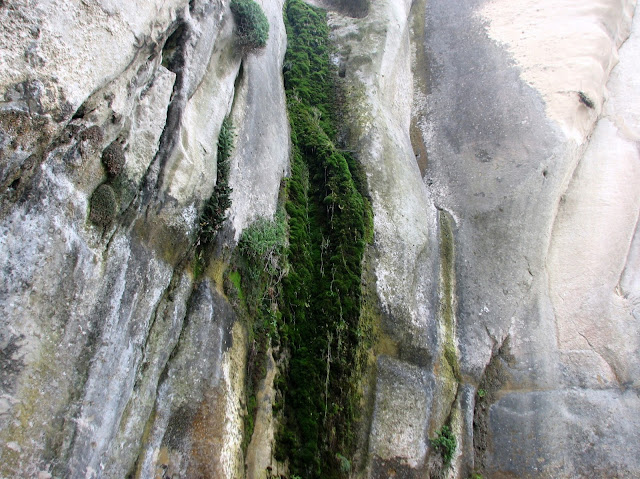 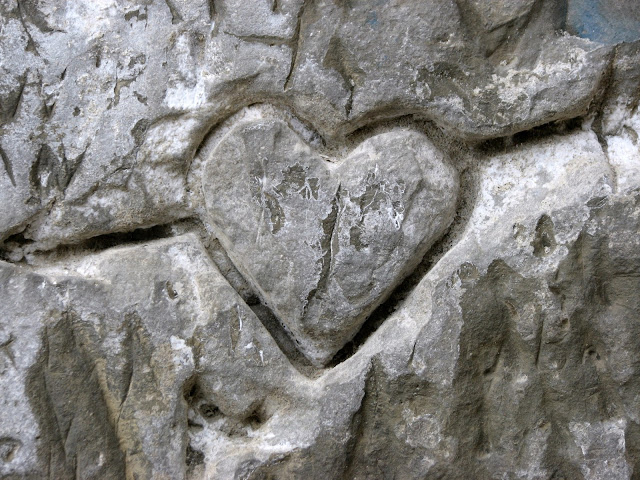 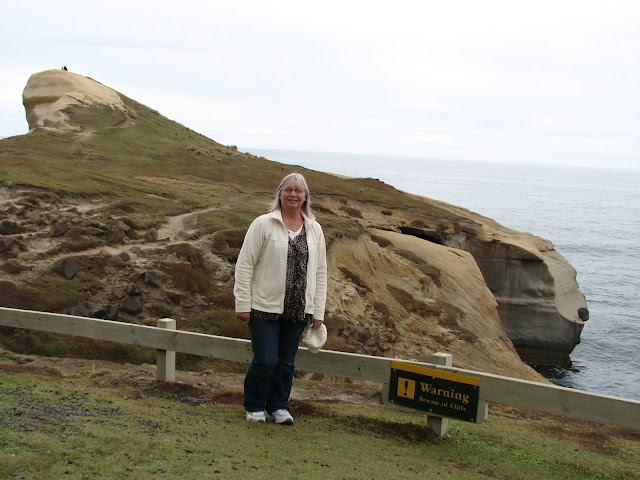 Such a beautiful beach. I did not notice the heart-shaped rock when I was there.

Wow, what a gorgeous place and wonderful shots. That sandstone is dreamy-looking. How about the natural heart in the rock? I have found heart-shaped rocks, but have never seen anything like that!!!

Lydia - Yes that's it in one. K. :) The rock wasn't heart-shaped naturally - it was scratched in - there are initials etc scratched into the sandstone - people making their mark because it's too tempting!

Philip - It's a dreamy place. The heart was just near the entrance at the bottom of the tunnel.