We Will Be Back 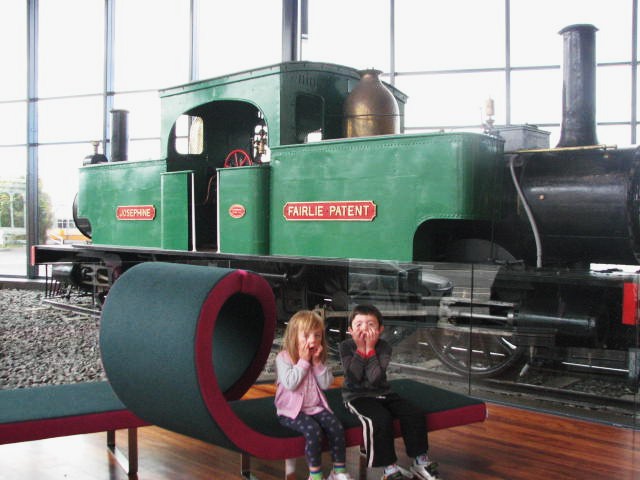 Taken at Early Settler's Museum, Dunedin. The place has had major renovations and has been re-opened after a year or so. It's name has been slightly changed; it is now called Toitu Otago Settlers Museum.
We took our first look on Sunday - just a quick reconnoitre with the kids - we plan to go back for a longer, slower look another time. 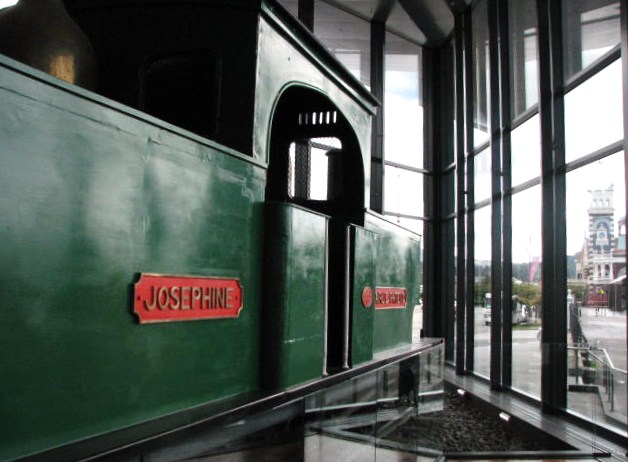 Josephine the engine - a Dunedin icon Through the window you can see another Dunedin icon, the railway station. 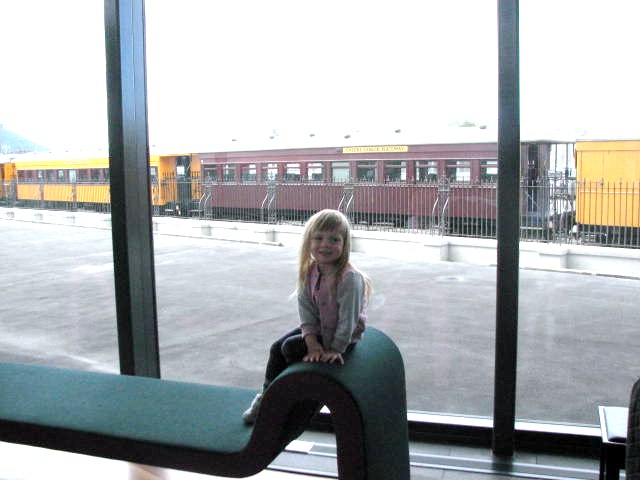 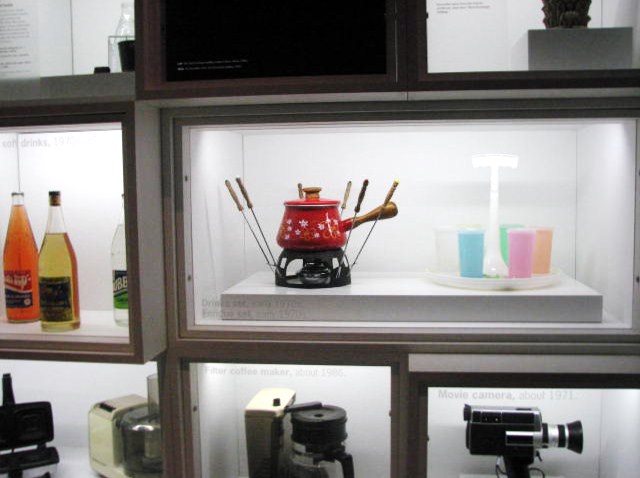 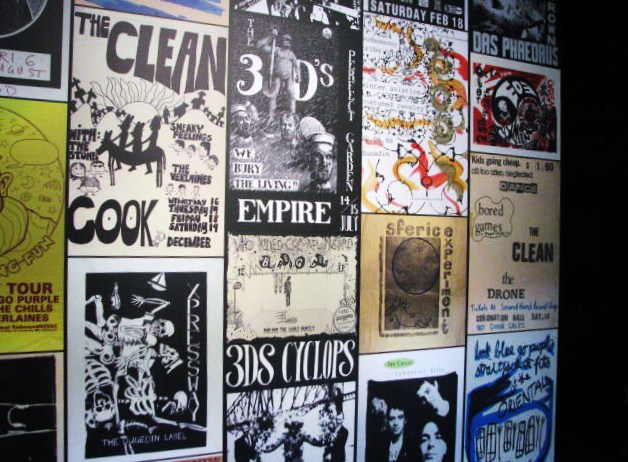 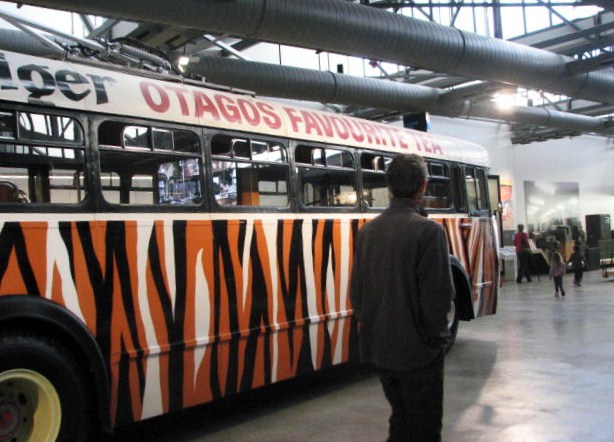 Lots of other things to catch the eye and memory, to enlighten the imagination, elucidate the past .. I could go on. We are lucky to have this place (with free entry) here in Dunedin.
- March 12, 2013

Thanks for the memory.