Apart from sunflower, all the following photos were taken on a walk along the Dunedin's eastern harbour-side on New Zealand's census night. 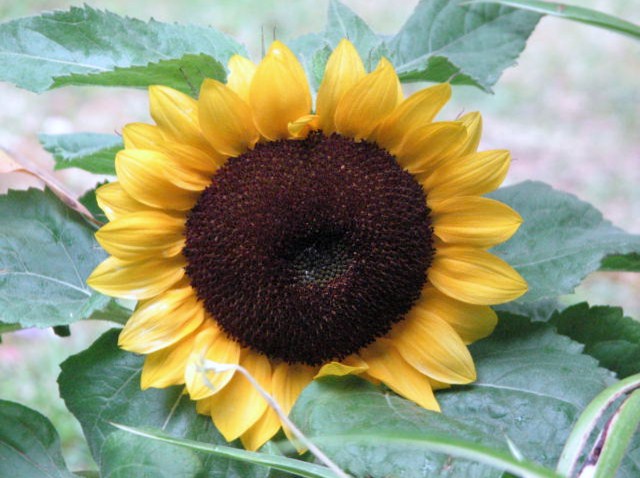 as I leave, sunflower at the back door says "Spot ya later".

With the seeds from this happy star, I hope next year to grow my own solar system. A constellation. A celestial sphere. It will take earth and it will take sun. 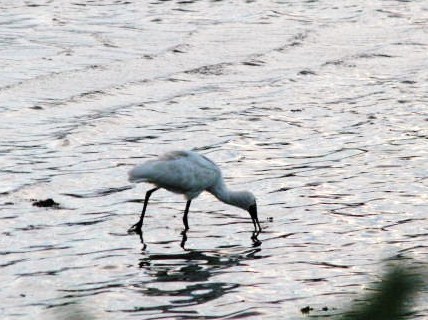 The first thing I spy is a spoonbill scoping for a feed.

(As I concentrated on taking this photo, a male Northern English accent gave me the fright of my life. "Is that a spoonbill?" it inquired from just behind me. I hadn't heard his approach. I assured him it was and after apologising for giving me such a start, he happily buzzed off. All I can say is it was lucky for him that when I get a fright I tend to gasp rather than scream.) 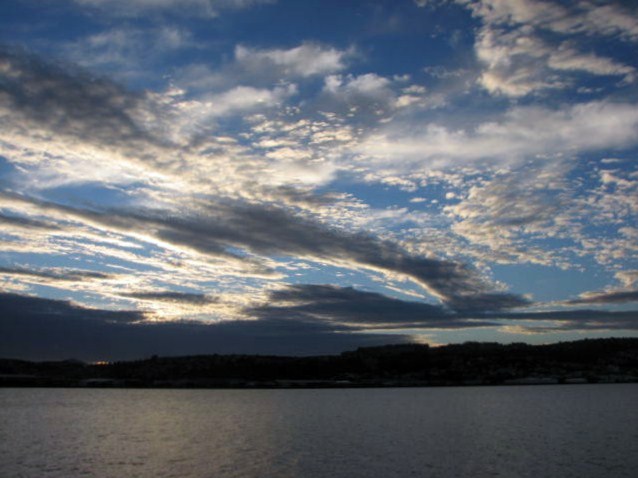 A slew of cloud. 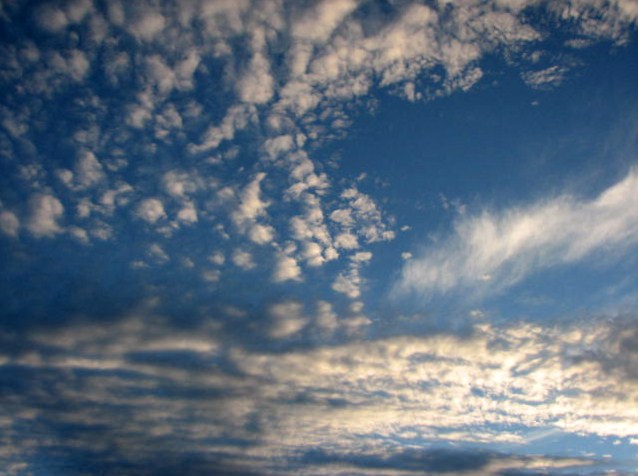 Caught in the act of dissipation. 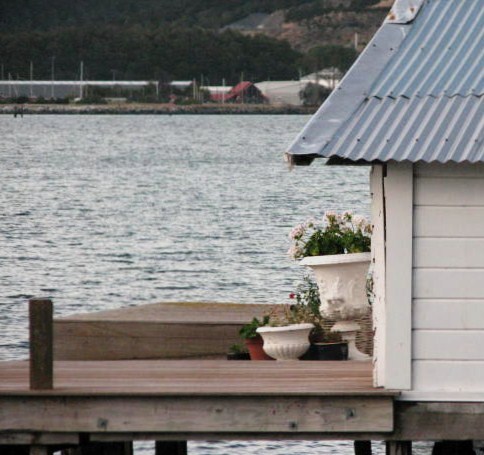 I'd like to live in a boat-shed without furniture and only bare wooden planks for a floor. I'd sleep on a futon and be lulled to sleep by the harbour's slip-slop. 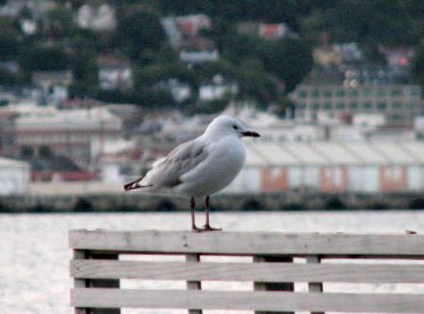 Going by this gull's expression, sometimes seagulls get bored too. Just like we do. 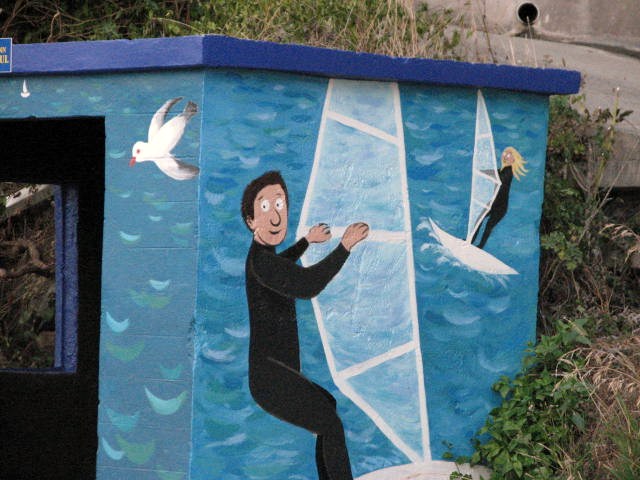 Well, the bus-shelter painter the council (or whoever) have hired to replace the late John Noakes, is cheerful enough, yet for me, somehow, just not the same. 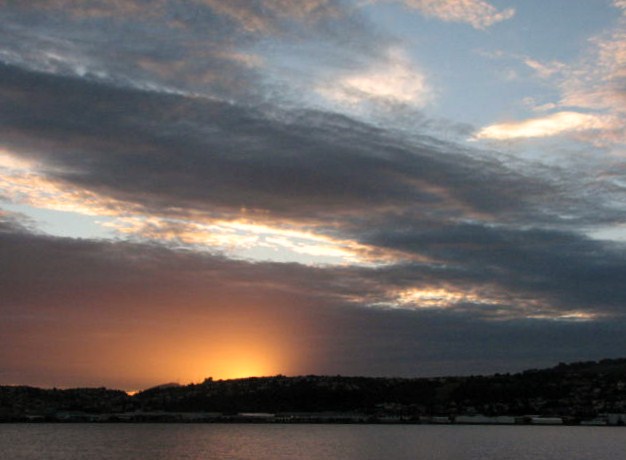 sun slips down behind Dunedin. Taken from east-side of the harbour 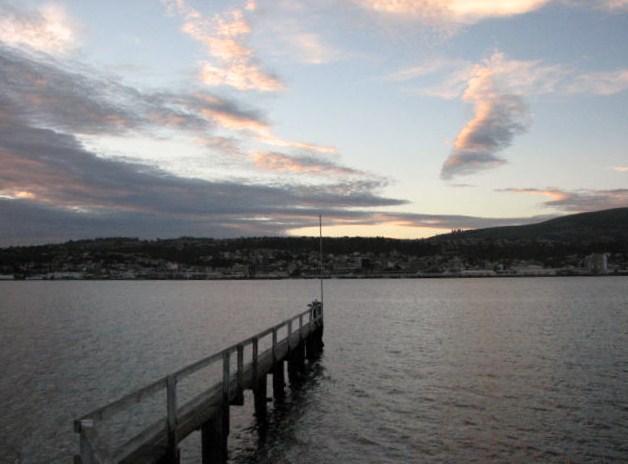 This is where I always turn around and head back home.

Sometimes. You know. The peace, the safety, the freedom. I struggle with the occasional sneaky presence of guilt, because there are so many on this imponderable planet who don't have these things. 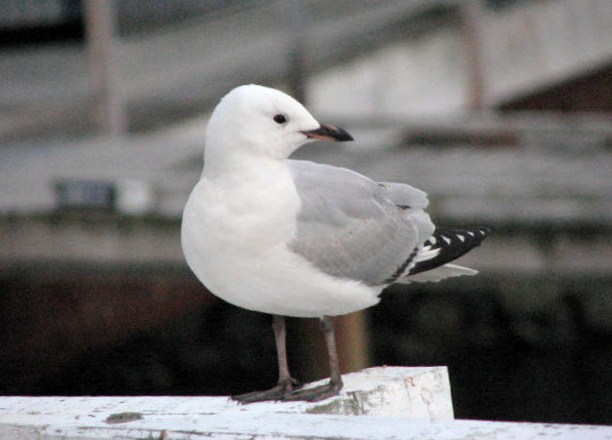 This seagull is a nervous stock broker eyeing the rise of the NZ dollar. Or a farmer who sees no signs of rain. It's written in its eye, the position of its beak and in the doubtful placement of its dark-grey feet. 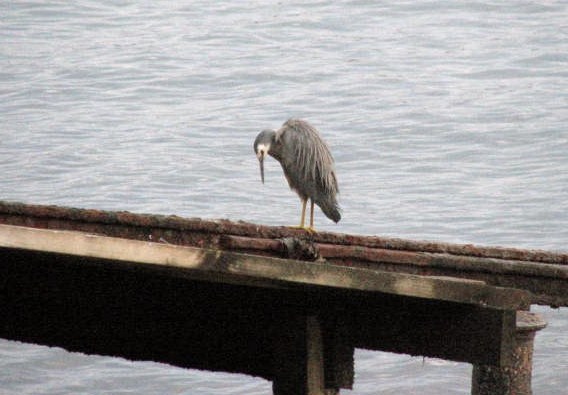 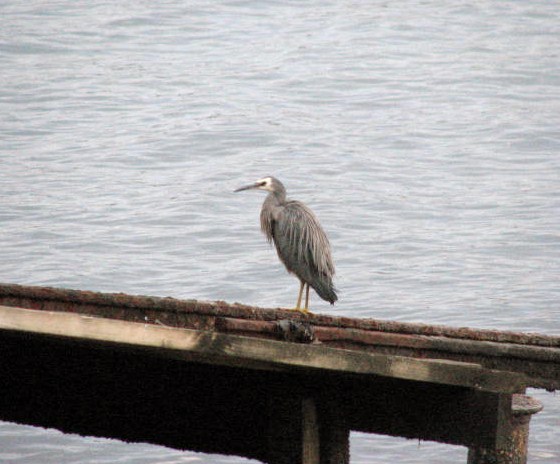 ... and pondering on the solution - baking soda or white vinegar? Your call. 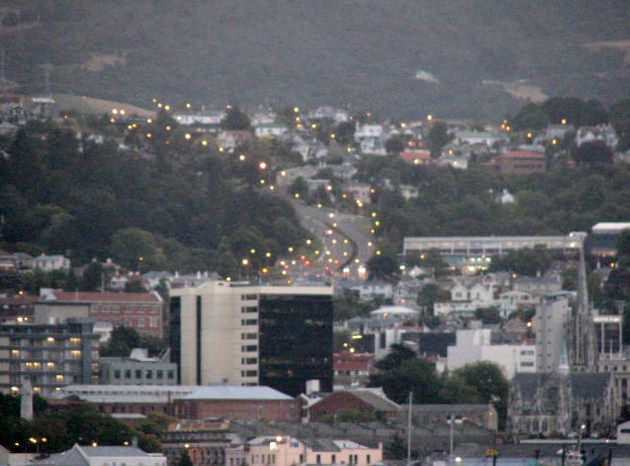 looking across the harbour  to Dunedin's CBD and Stuart Street

Street-lights and traffic lights; mixed-fruit in a fruit cake. 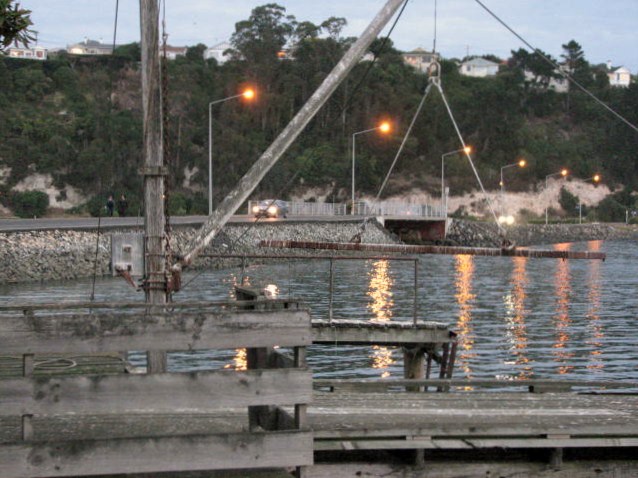 Close to home now, the camera is beginning to insist I turn on the flash.
I take the last photo of the day. By the time I get home, it is a quarter to nine, pretty much dark and time to fill in the census form. Online.
- March 06, 2013

Tell the heron that the best treatment for rust is Coca Cola. Old and flat is fine :)

Beautiful pictures, Kay. What a lovely place to take a walk.

I found the pictures and your captions very relaxing and humorous.
I just woke (almost 3am) and saw this. It made me a little envious...such a beautiful and calming place. NZ has been moved to the very top of my "Places I would love to be" list. Thank you for sharing. xx

Catherine - The heron says Thanks.