I am back athe same internet cafe - a more pleasant experience this time. For one, it is a cooler day - fresh with rain and mist - Queenstown is giving us a taste of its mountain weather.  This makes for a more comfortable atmosphere in the internet (what do you call it? place? station? ) Plus this time there are no loud skype-ers.

All I have to do now is garnish the words with photos. 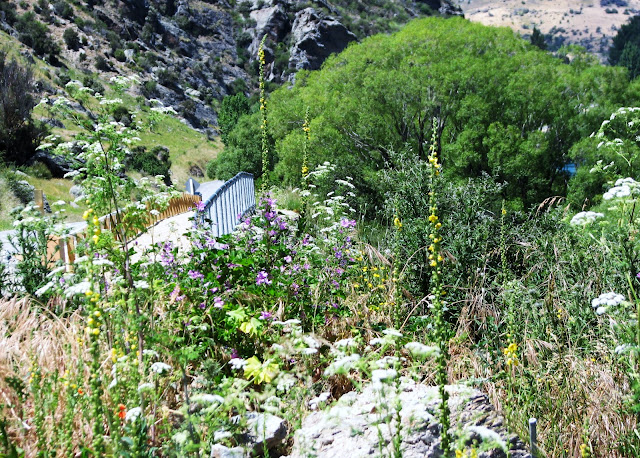 As we've travelled through Central Otago, I've once again been taken by the wild flowers. They seemed to be particularly abundant this year. 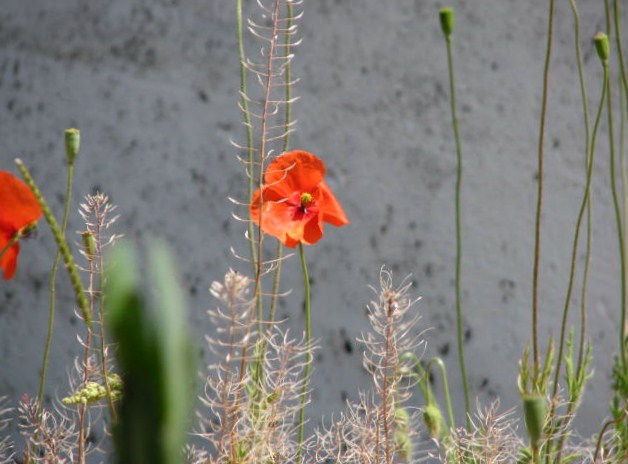 Maybe I have been extra mindful of the flowers because we are driving in our son's van which is decorated inside  with pressed wild flowers. His girlfriend Jenny is a fan of wild flowers and the van's floral embellishments are her handiwork. 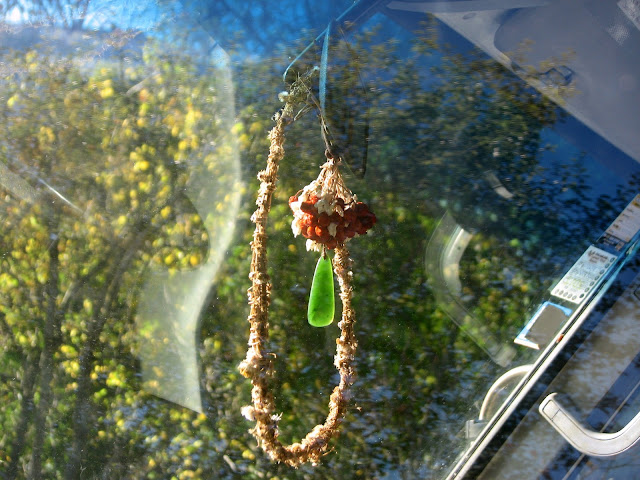 Since this photo was taken last summer, the wreath made by Jenny for the van has fallen to bits. I am endeavouring to make another as a replacement, but lack Jenny's ability with the twining of wild flowers. 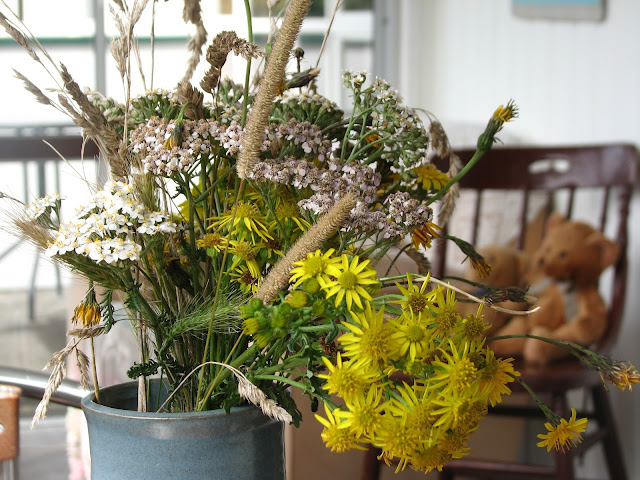 A bunch of wild flowers Jenny arrived home with after a walk last summer. 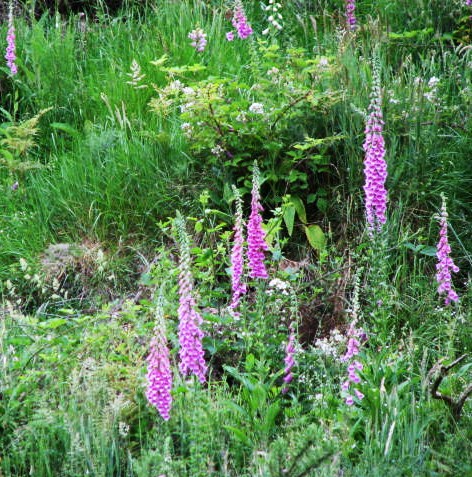 During summer, foxgloves grow in wild abundance in the wetter parts of New Zealand, dotting banks and waste-ground with their stately elegance.

These exotic flowers are garden escapees that have quickly become naturalised in New Zealand. The first mention of them in New Zealand was in 1867. They are now a common sight on roadsides and patches of forgotten ground. They prefer to grow undisturbed, so the more neglected the ground the better, as far as a foxlove is concerned.

The latin name for a foxglove is digitalis purpurea and refers to the ease with which the flowers fit like a thimble over the tip of a finger. 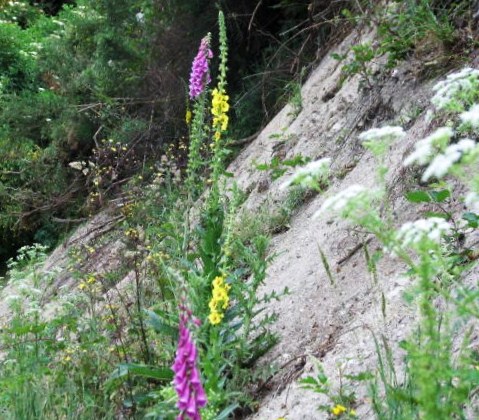 One of my friends used foxgloves to decorate the hall where she was married, nearly 40 years ago now. I remember helping her to collect the flowers from the roadside banks on the Queenstown – Frankton road. These days, concrete hotels and apartments have replaced the wild foxgloves.

As a child, I remember seeing foxgloves growing around piles of stumps from felled trees or in corners of paddocks that the plough's sweep had missed.

It was my father who first told me what these tall flowers were called. At the same time, he warned me that they were poisonous. (Foxgloves contain a poisonous ingredient, cardio glycosides, which can cause a heart attack). This didn't stop me from examining up close the flowers' silky, speckled bells and with a child's literal mind, puzzling over their peculiar name; we didn't have foxes in New Zealand and anyway, how on earth could a fox use them for gloves? 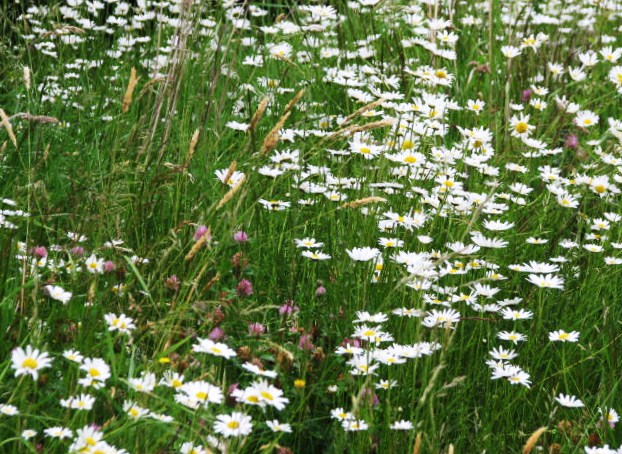 We have foxgloves growing wild in the paddock behind us and quite a few have 'arrived' in our garden. I just love them. There do seem to be a lot more of them this year.

Sue - I love them too - even more than lupins, I think.