A Day At The Cricket 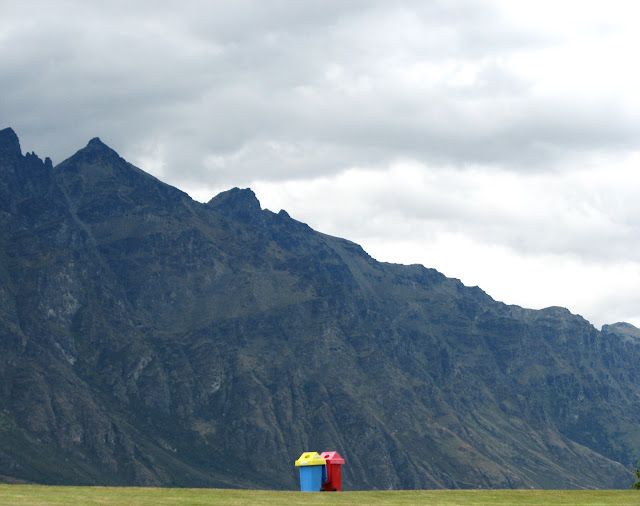 There was a cricket game on at the Queenstown Sports Centre. I said I was going to take my book. 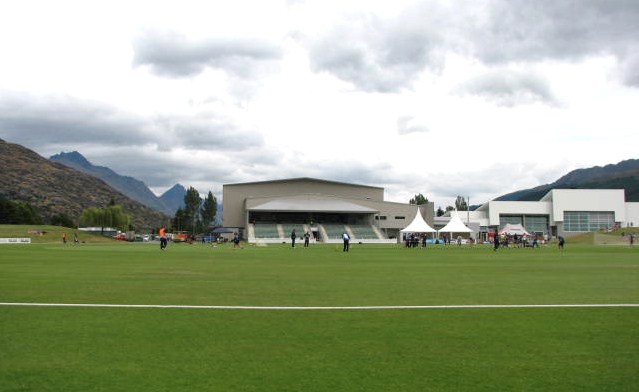 I would have liked to have got a shot of the two caspian terns that spent the whole time the cricket was on, diving and swooping upon the worms that were being nudged to the surface by the passage of many feet (cricketers and crowd). Plus I guess, they were being brought to the surface by vibrations from the (very loud) music the organisers seemed to think was a good idea to have blasting out from speakers dotted around the ground. Sometimes there was only time for a snatch of a song in the gaps, which made me think; What IS the point? 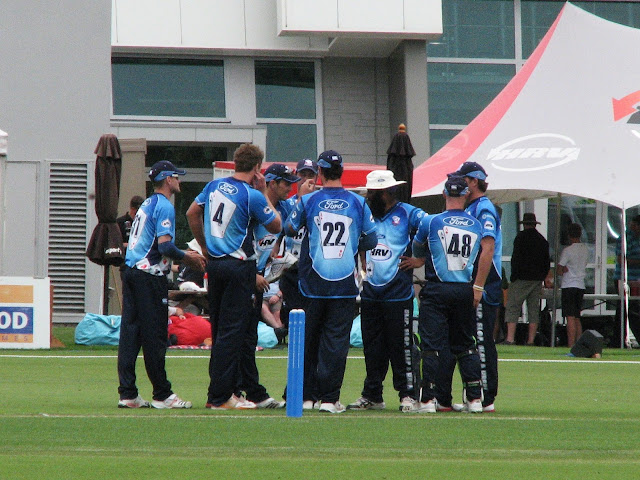 Of course the terns were far too quick for me to get a good shot of them. I thought though that they were a step-up  from the common-old-garden seagulls cricket grounds are often host to. 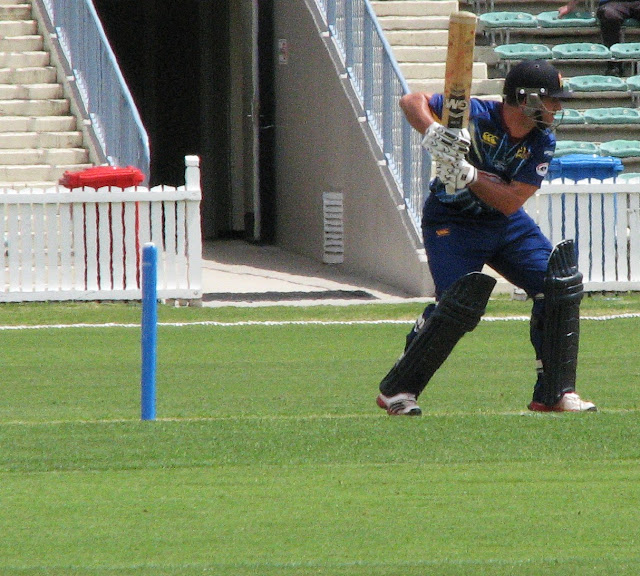 It was a 20-20 game between Otago Volts and Auckland Aces. Otago Volts won - which was very sweet. I rather like bite-sized cricket, even though it meant that there really was no time to read my book. 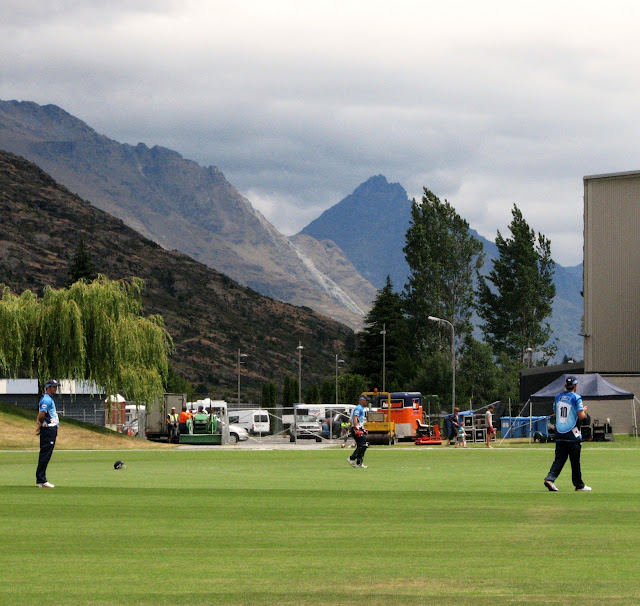 Luckily I wore a jacket as it was very cold. (Typical cricket-watching weather this far south in New Zealand). I asked Robert if it was like Sevens with people dressing up and waving rude signs and doing silly dances. He said No. 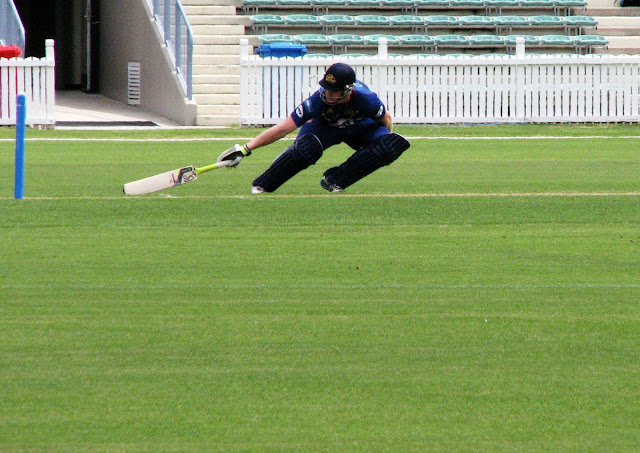 It was New Year;s Eve in Queenstown, and the weather was changing to cold and rainy. 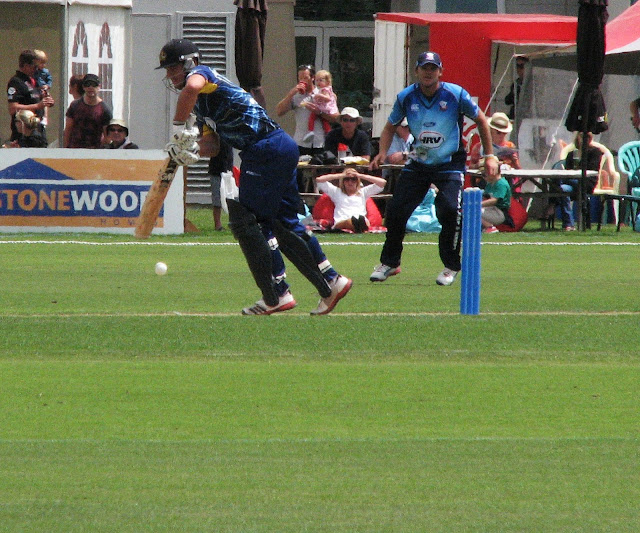 The crowd was very quiet right up until the last two overs, when someone behind us, who was the worse for drink, began to shout abuse at one of the Auckland players. 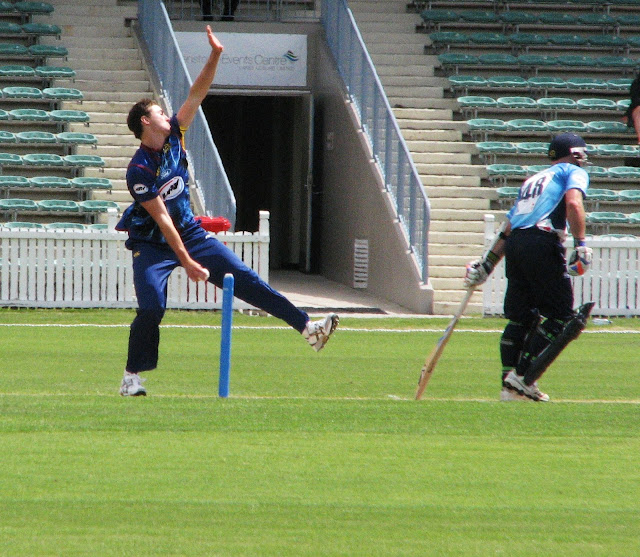 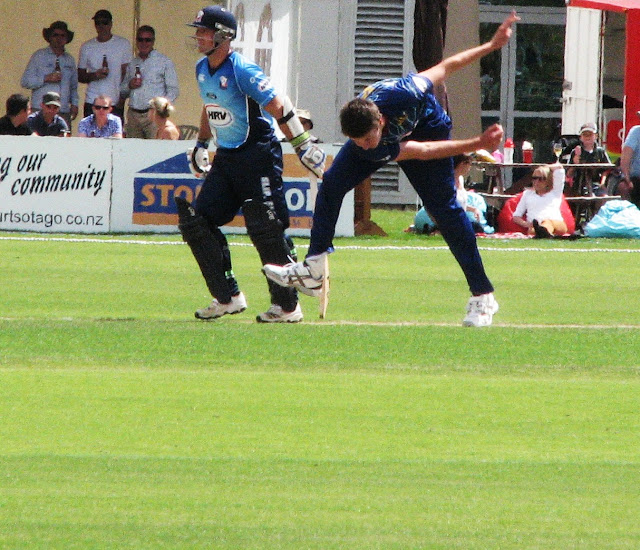 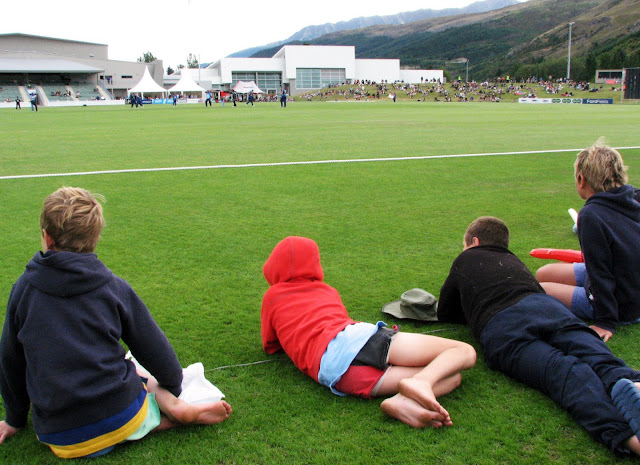 We were sitting quite close to the ropes, but some boys were sitting even closer. One of them just about got killed by the cricket ball coming straight at him. He dived away just in time. Then not long after (same batter) another 6 came right at us and just about got us killed. It wouldn't be my choice of dying. Luckily I had my book. A book is an excellent defence mechanism.

I come from an old fashioned era, Kay, when cricket meant men in white shirts and slacks (and sweaters when it was cold - with club colours knitted around the V neck). "The ladies" prepared the tea in the pavilion - lots of cucumber sandwiches and home made cake. Winning was a minor part of the occasion.

This post reminded me of my younger days when a group of pubs in the inner Melbourne suburbs had a round robin cricket competition. These were not deadly serious games, but more a social event with a lot of booze and occasionally a barbeque. Great fun, and as I occasionally did the scoring, educational as to the rules of cricket.