Fit For A Princess

When I saw her dress, I asked, "Are you a fairy today, or a princess?"
"A princess". 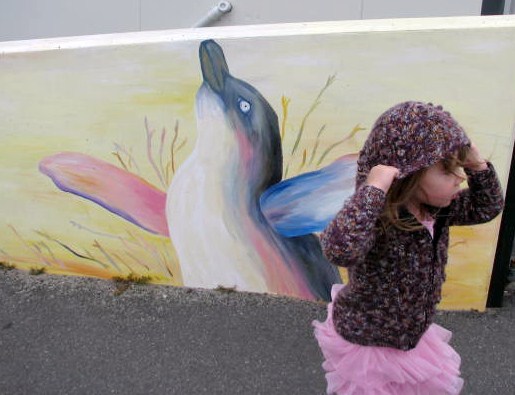 Well, that is its official name anyway - there's even a brass plaque to say so. Named after a Mr Marlow. 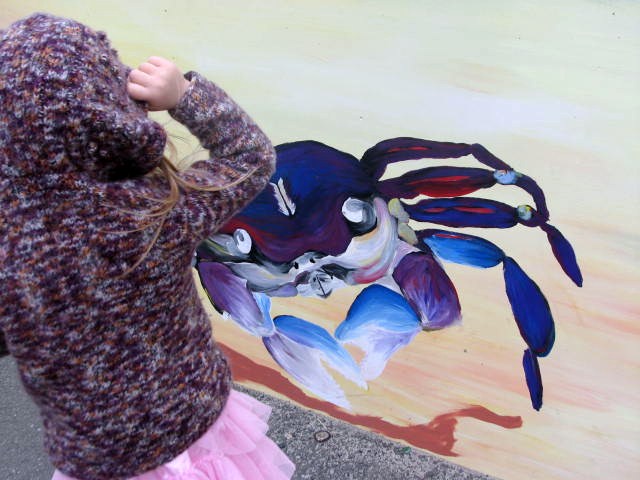 However to the kids of Dunedin, it is better known as the Dinosaur Park because of its large dinosaur-shaped slide (you can see it as a distant, pale-green shape in the background of the top photo).

Because of an Ark-shaped restaurant that used to be here in the '80's, '90's and into the first decade of the 2000's, our sons tended to call it Noah's Ark Park - which had a nice poetic ring to it.

The cafe has since gone and hasn't been replaced. There is definitely potential there for an entrepreneur to do something - even to be able to buy a take-away coffee and an ice-cream at the playground would be wonderful. Maybe someone will do something there once the recession stops biting ... 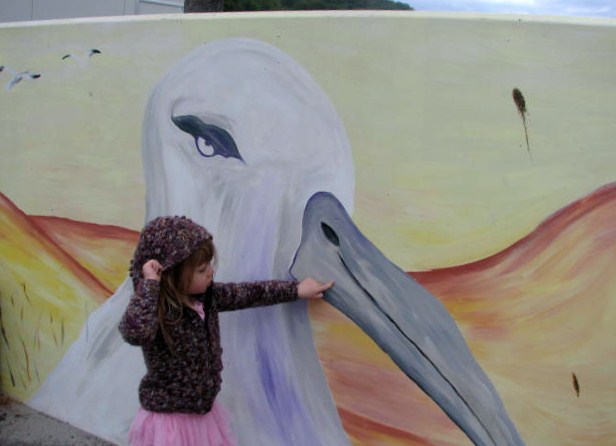 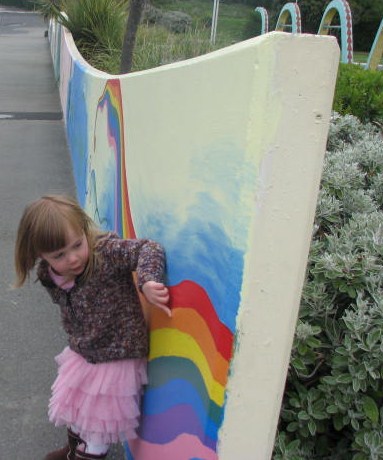 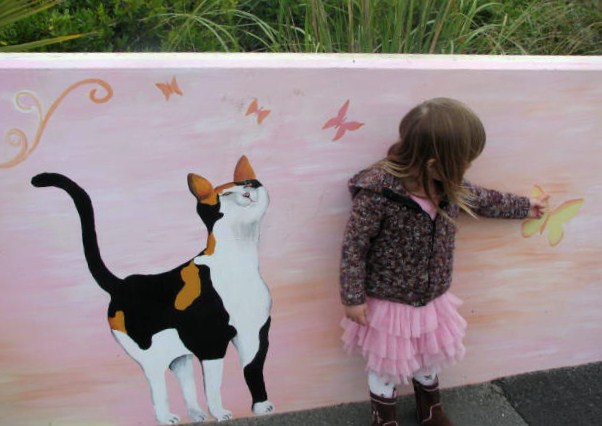 Of course there are other features, such as ... 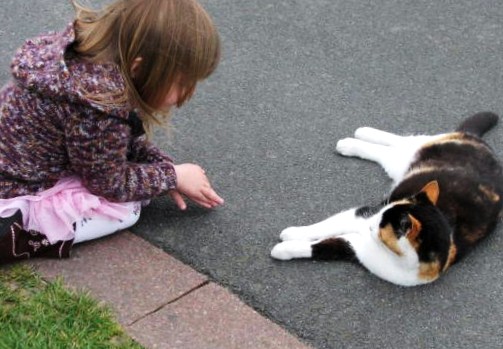 ... the playground's calico cat. (Naturally, the cat is not as old as the Park, but it is a regular enough visitor these days to have featured on the newly-painted wall). 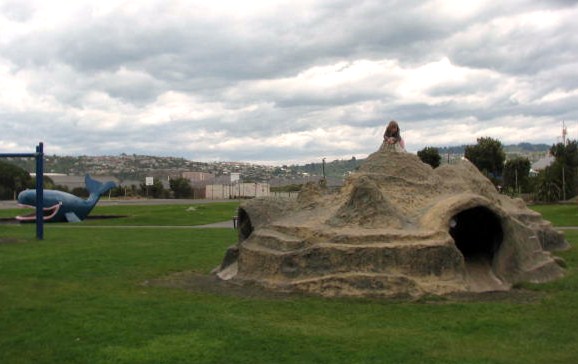 The Princess is on top of the mountain. 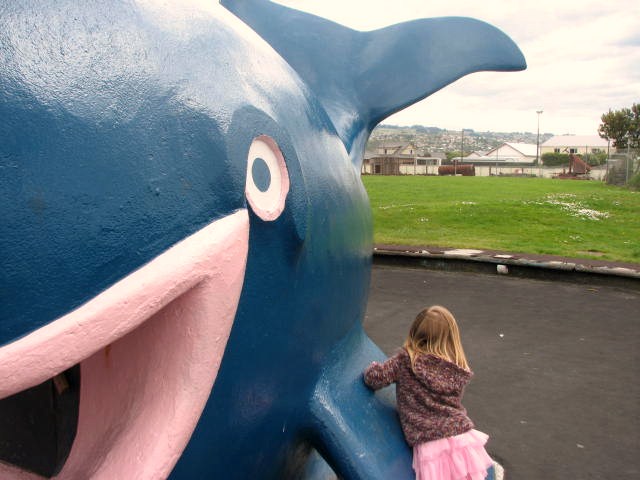 "He's got sharp teeth," the Princess said.
"No, this whale hasn't got teeth," I said, "only smooth, pink gums". 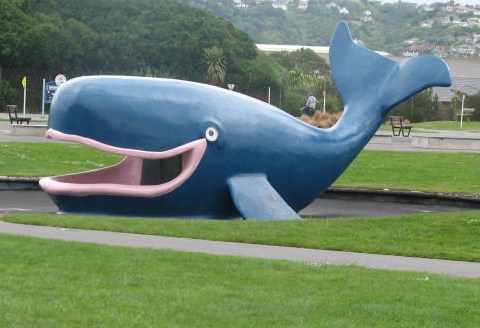 I have visited this playground with children since 1972. 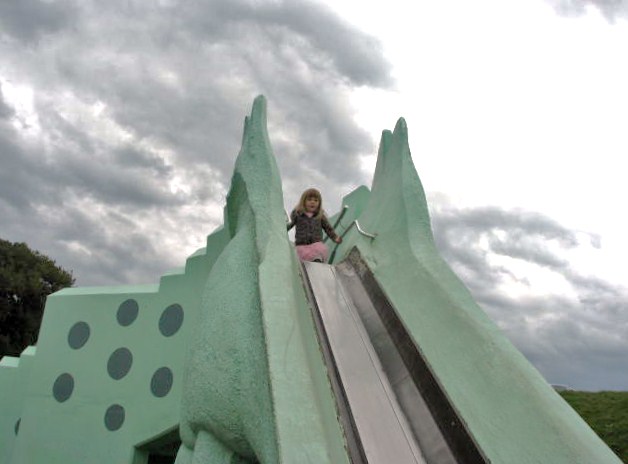 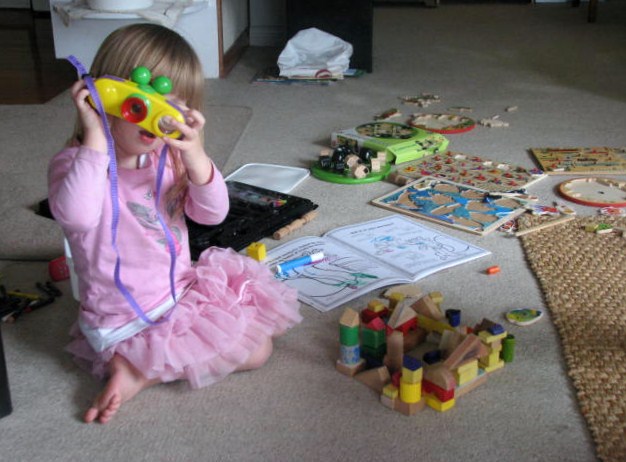 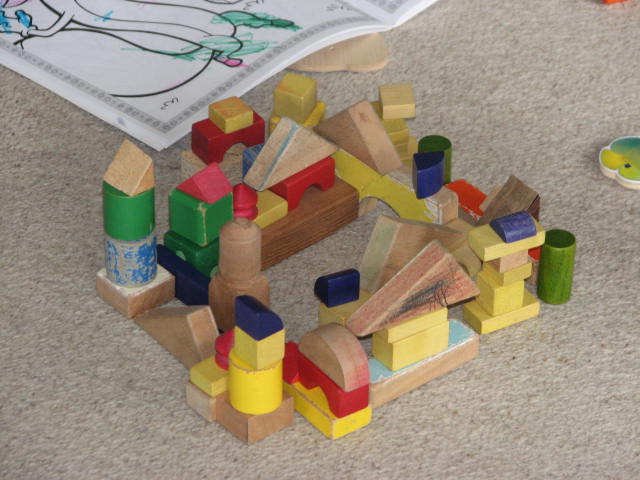 What a gorgeous little girl. Thanks for that Royal Tour!

And the calico cat painting looks just like the cat himself :-)

I've so many fond memories of the Dinosaur Park. Thanks for reminding me.
Those murals are new - they look good. Maybe it's time for a revisit.

Katherine - She is - my granddaughter, of course!

Agnes - I know! Nice symmetery there!

Sue - They are new and very good too.

She's so pretty. I love that place too. It's clean and refreshing to look at. Stunning shots too. Nicely done.