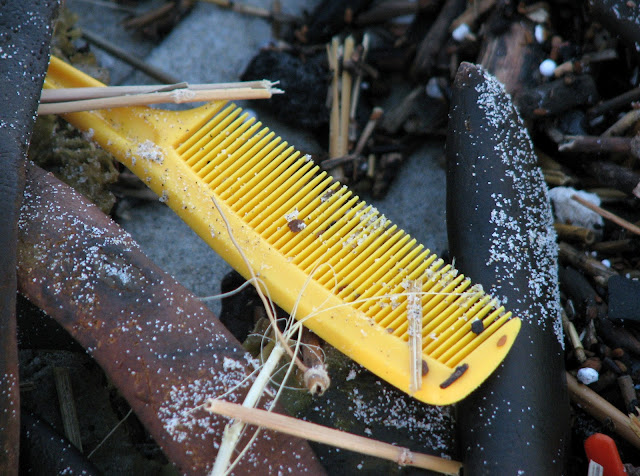 Today, strewn along the high tide mark on St Kilda Beach, Dunedin, New Zealand, a line of kelp and driftwood from recent storms. A bit of a beach-comber, I thought Yay! There might be some goodies to pick up, such as shells and driftwood. Instead what I found was many bits of plastic rubbish - among them, bottle tops, pegs ... and oddly, combs ... 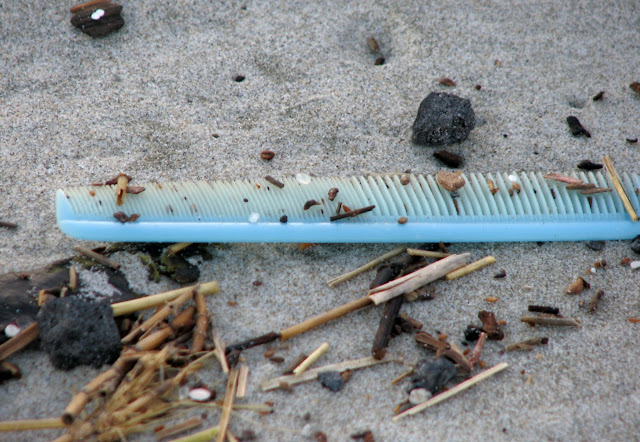 Where had they come from? 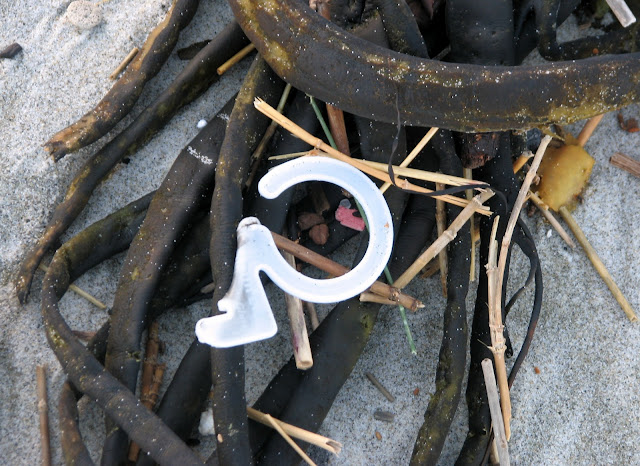 It was like the sea had dumped a whole lot of rubbish we'd put into it, right back on to our doorstep, saying, "Here, you can just have it all back". 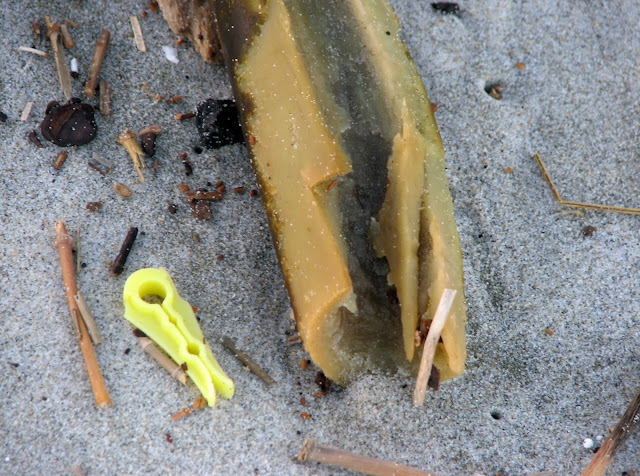 It reminded me of what I saw at the Albatross Centre when I worked there; photos of the stomach contents found in dead albatross (the surface feeder species) whose gullets had filled up with bits of plastic that their bodies could not dispose of again. Eventually they die of starvation. 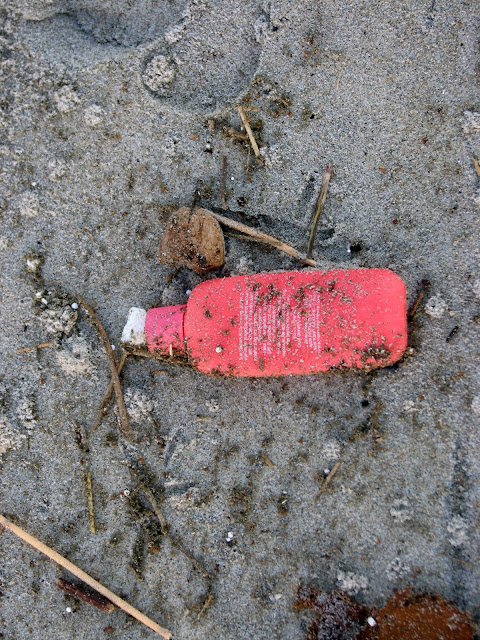 The line of plastic bits stretched on and on ... I kept wondering where it all came from? Where is it all going to end up from here? Will the sea be forced to swallow it all back again next high tide? 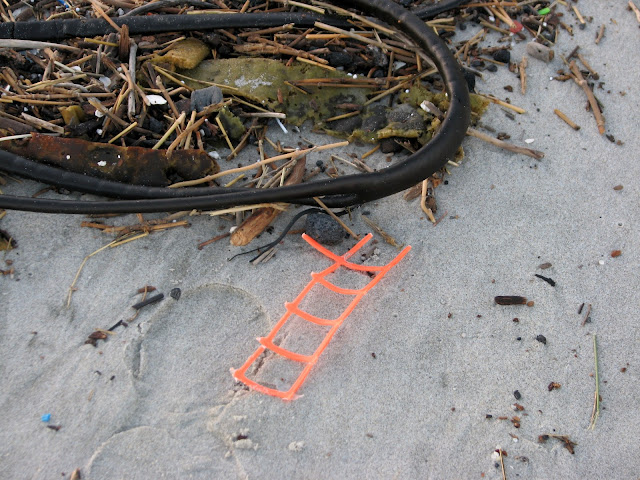 It's an unusual sight on this beach. Bull kelp and large pieces of driftwood are normal sights after storms, but this is the first time I've seen anything like this. 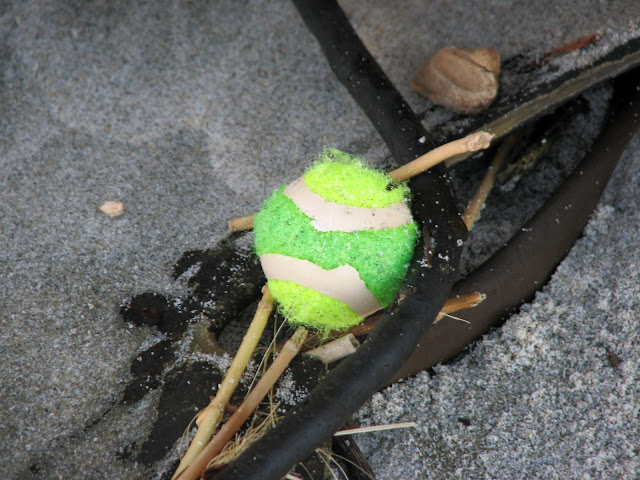 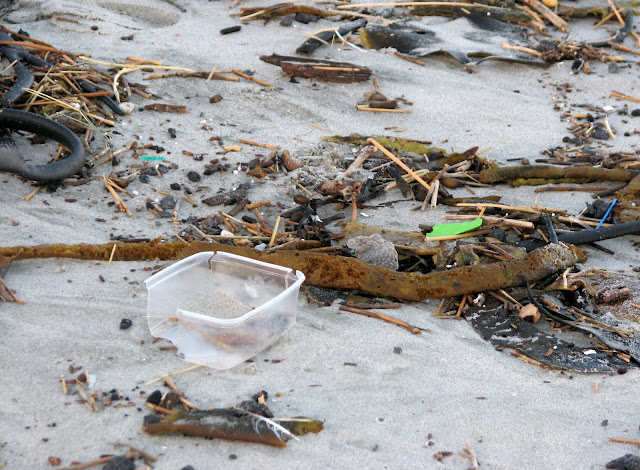 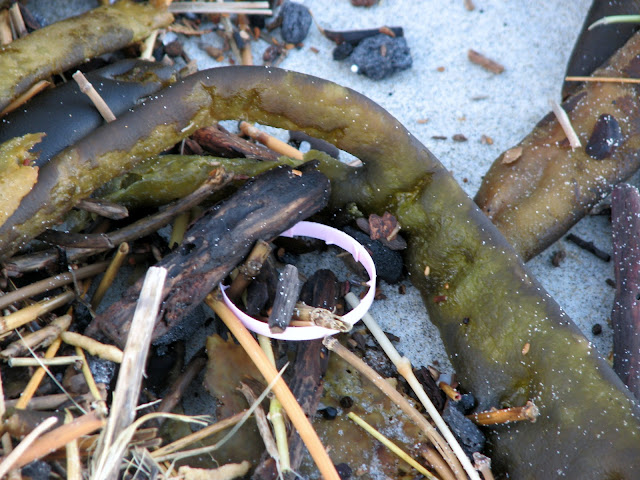 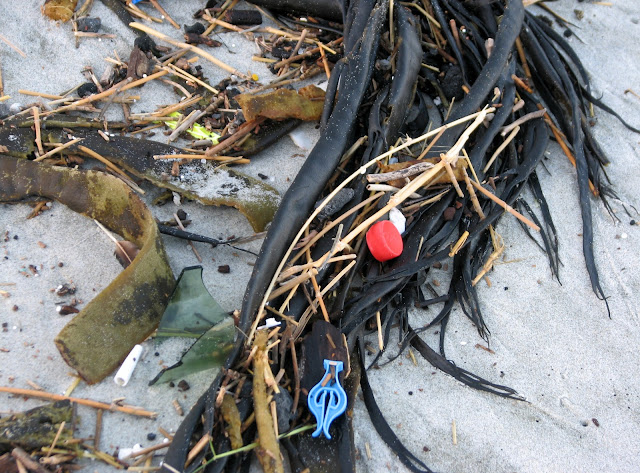 I turned back, leaving the line of shame stretched out behind me. 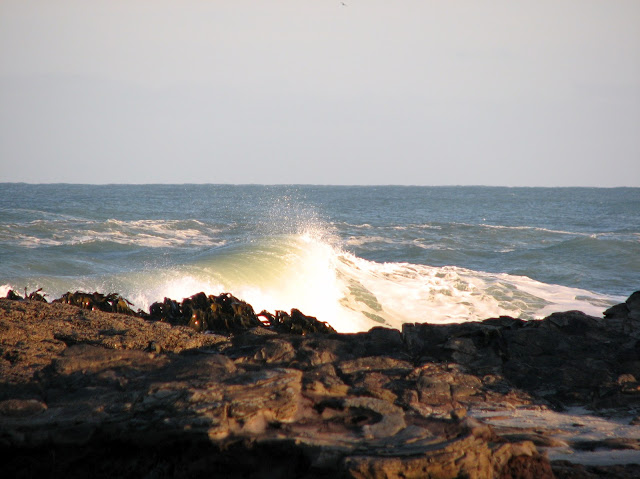 The breakers were still in the sunlight, blue and rushing headlong towards the darkening shore, crashing into the rocks and shattering into snowy storms of foam. 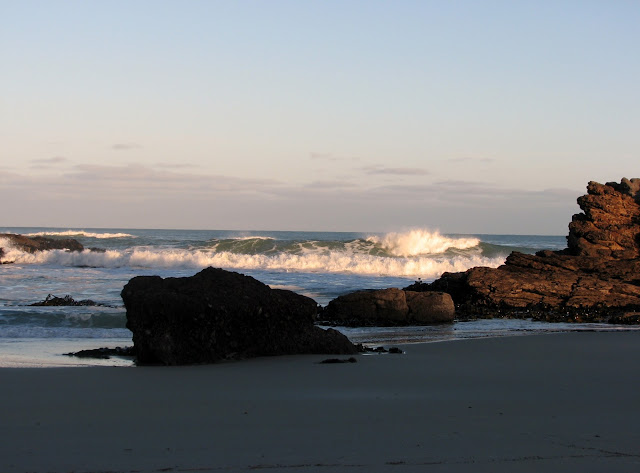 How do you say sorry to the sea?


PS I have been contacted (in comments) from this site here  (in North Cornwall, UK) in regards to coastal rubbish - a worldwide problem. Some ideas on this site too as to what we personally can do about it.
- July 01, 2012

Those photos are really disturbing. How indeed can we say sorry to the sea. I wish we never attained the technology to create plastic.
And then the last two photos are just stunning. Despite the pollution the waves remain beautiful.

Jon -
Please be my guest. So pleased it can maybe have some effect for good. Thanks.

What are we doing to this Earth, Kay? It is not just coastlines, see this horrific link:
http://www.environmentalgraffiti.com/waste-and-recycling/news-north-pacific-gyre-100-million-tons-garbage-and-growing