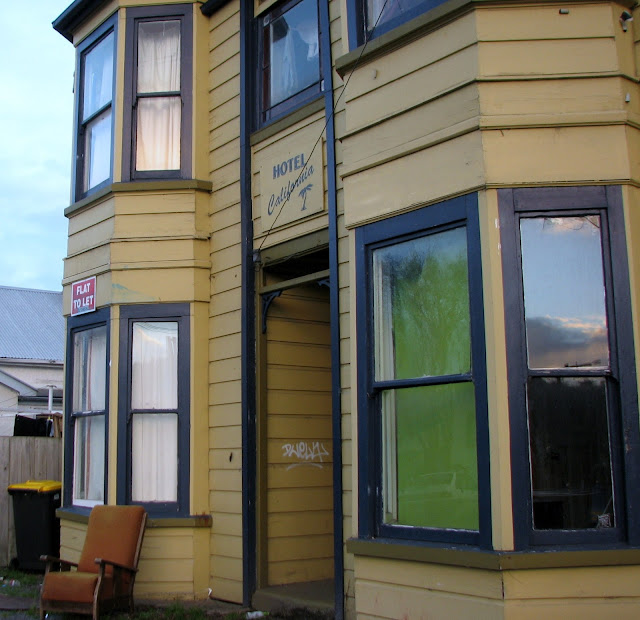 Students have dubbed this particular flat 'Hotel California'. 'This could be Heaven or this could be Hell'. The orange chair left outside in all weathers (it's mid-winter here) is standard. More often than not you see sofas. Sofa burning is a popular pastime of some flat-dwelling students. 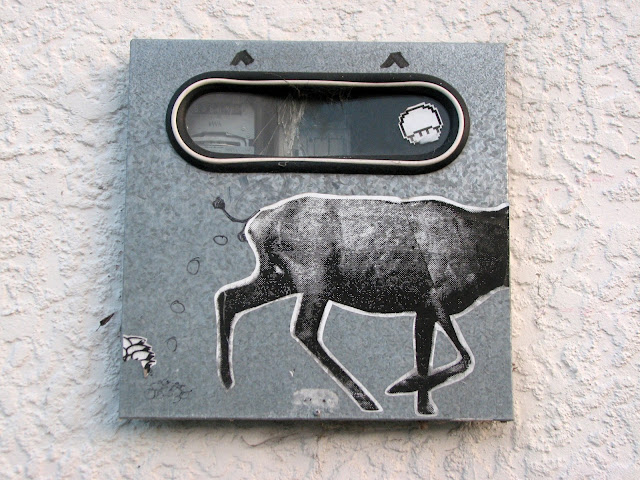 Art on an outside power meter. 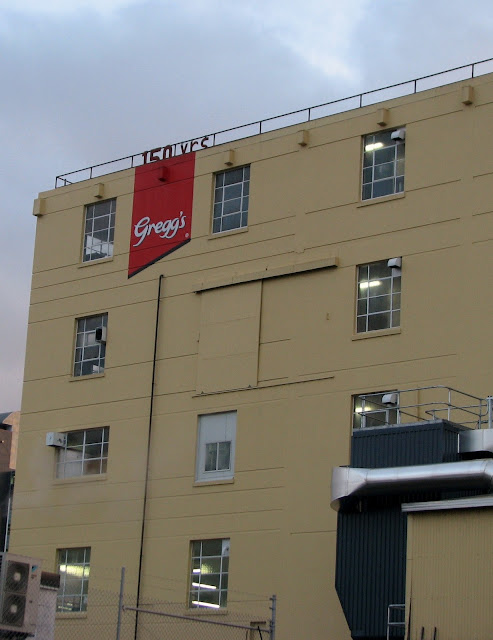 
This morning as I made my way through the student area and into town, I swear I saw Janis Joplin getting out of a dirty, white Holden station wagon. The smile. The red and blue feathers in her wild hair ... the air of a free-spirit despite the coldness. I almost expected her to start singing 'Summertime' as she waited at the money machine.
(Of course the real Janis, had she lived, would be in her seventies now). 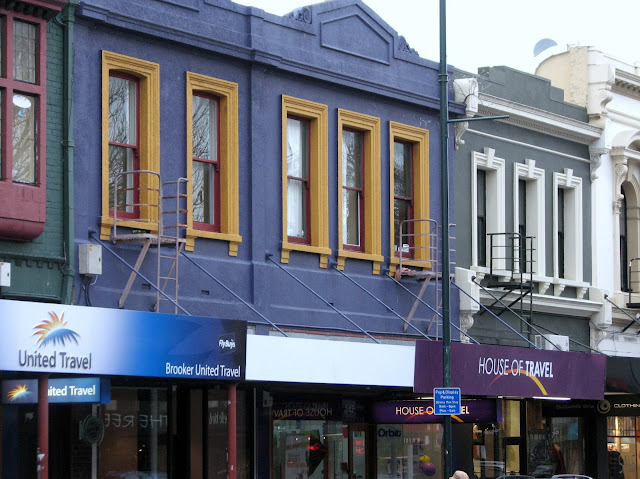 I chose north-end's Governors to have my breakfast and coffee. Governors has been a cafe in Dunedin for nearly forty years now. It has a downbeat, arty atmosphere, a welcoming, unpretentious interior (solid wooden tables and chairs, posters on the wall) which never seems to alter, yet somehow, still maintains an energy and its creative vibe. 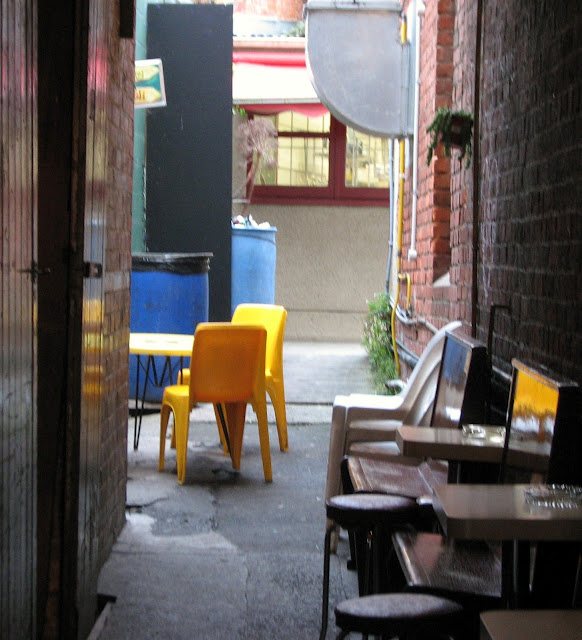 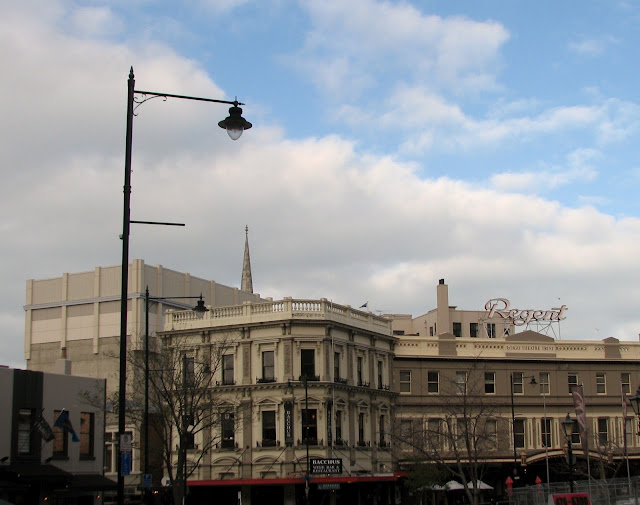 Octagon view, Dunedin. First Church spire in the background. The Regent (with its familiar cursive lettered sign) is a historical theatre Dunedin people have managed to hang on to. 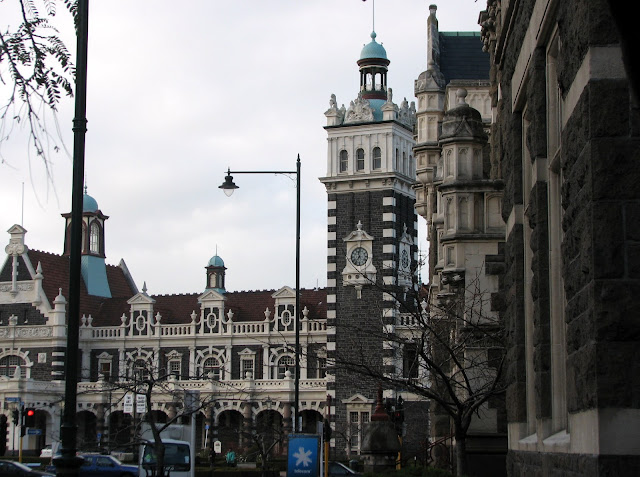 Down Lower Stuart Street, I'm looking straight down towards Dunedin's ornate railway station. It was opened June 4th, 1904 (which if my maths is correct, makes it just two years away from being 110 years old ... not old by European standards, but by NZ standards, it's up there).The station has NZ's longest platform, making it ideal for fashion parades. The designer/architect was George Troup, whose ornate designs earned him the nickname, 'Gingerbread George'. 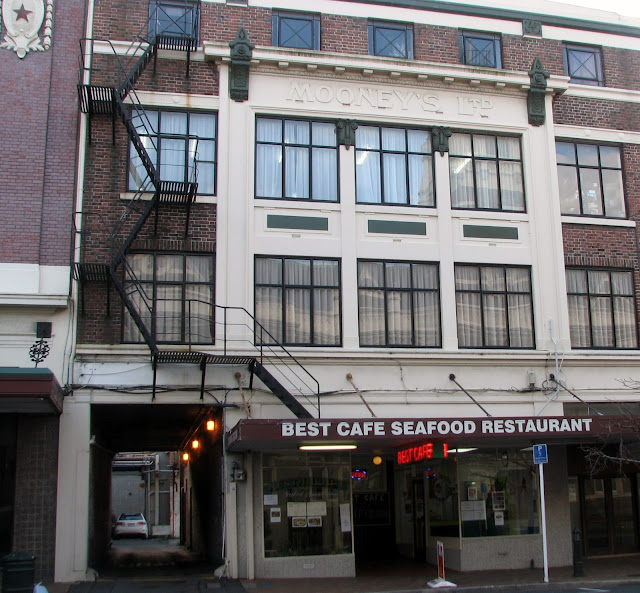 Before reaching the station however, there's Best Cafe, a Dunedin institution with Bluff oysters on its menu. In the window a poem gives a potted history. 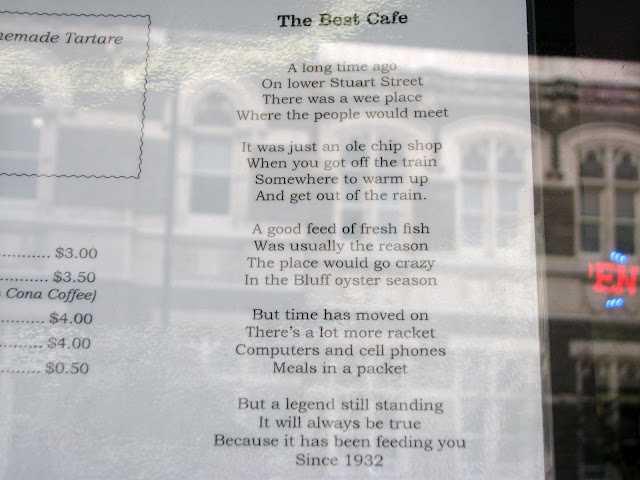 I resisted the temptation to go in for a feed of oysters. It was time for me to stride out, take the road home.
- June 30, 2012