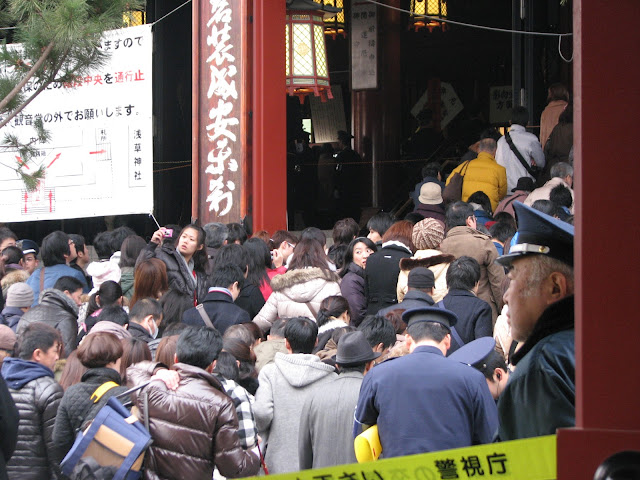 Unlike in New Zealand, Japan's New Year's Day is not a day to spend in the sun by lake or sea; or in the back-yard firing up the barbie (barbecue). For a start it is mid-winter and bitterly cold (often it snows on New Years Day). Furthermore, it is a religious festival taken very seriously. It is a day to pay a visit to a temple or shrine. 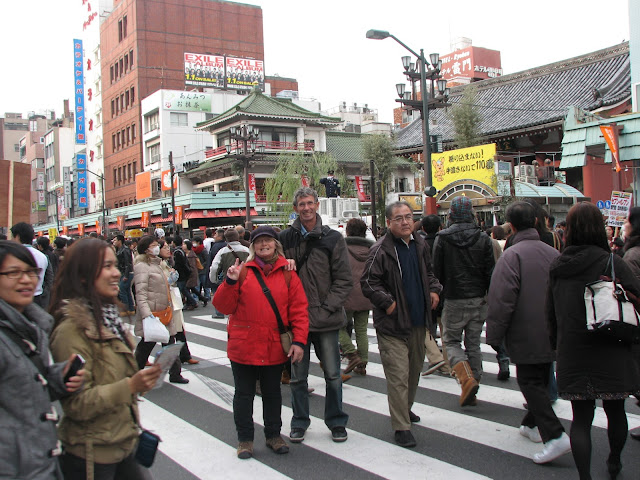 In Tokyo on New year's Day, we were astounded at the numbers lining up to go through the temple we saw. There was no way that we were going to join that queue. (We left it to the next day when there was hardly anyone; still huge numbers by NZ standards, mind you). Robert and Steve went in and reported that people were literally throwing their offering money which resulted in a constant shower of coins and associated clatter, and often hitting the heads of people who got in between the money and its destination. 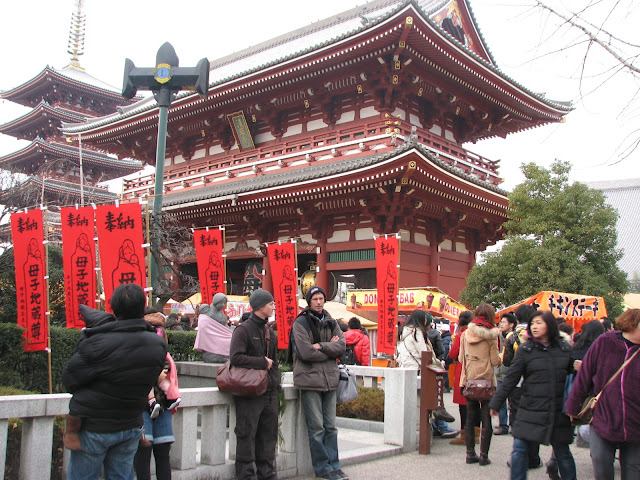 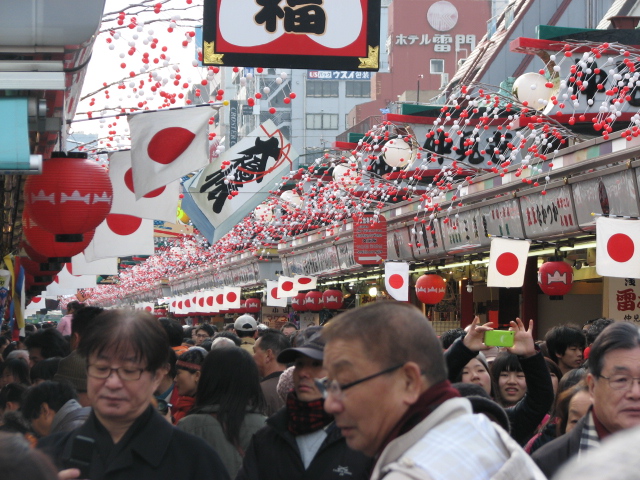 Festival of New Year in one part of Tokyo; stalls galore - rather like our local February Festival Weekend here in Dunedin, with its array of craft stalls and food; except, multiplied by millions.

We were also seeing Tokyo on a national holiday, so didn't get the sense of the normal rush so much as a sense of a leisurely crush. 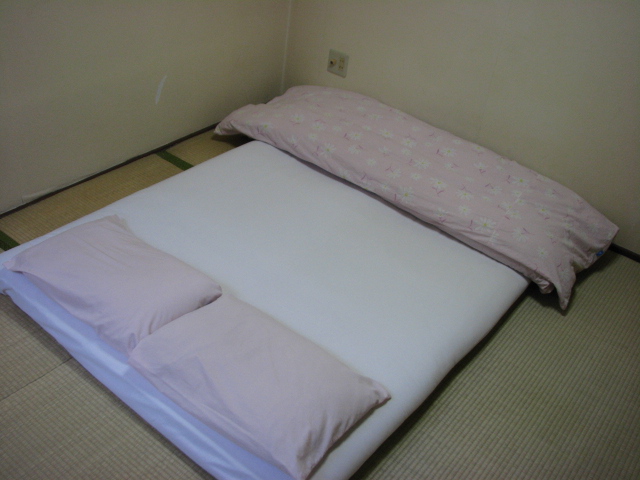 We back-packed it in Tokyo, our accommodation simple and cheap - but clean enough. (Although the strong smell of cigarette smoke in the room just about made me sick). Futons are remarkably comfortable to sleep on. I think they are a wonderful idea - surprisingly comfortable and space-saving too; if you need space, you simply roll the bed up out of the way. 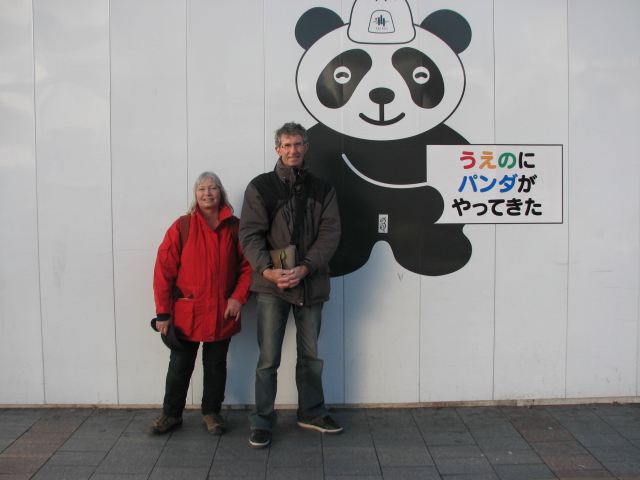 On our second day there, we had breakfast at a fast-food outlet where the waitresses called out lilting songs of greeting, echoing each other and replying to each other; deadpan; their chorus rising and falling around the restaurant. It was a bit like a chain-gang song. As always we were charmed by the attentive, gracious service one gets in Japan. 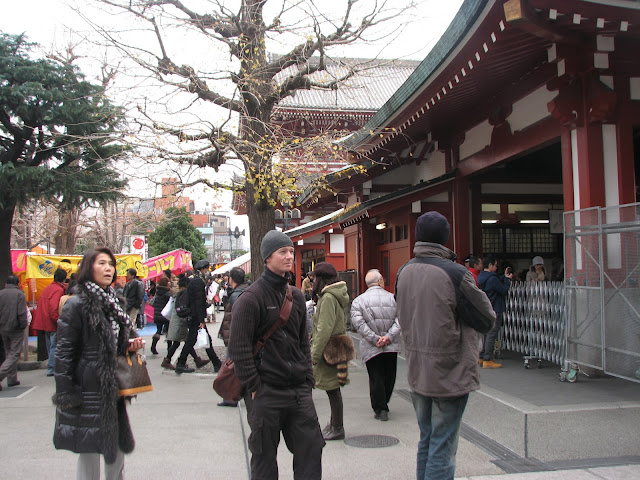 We spent the day walking and gazing and locating places to have lunch, or coffee. Robert and Steve worked out the train loop we decided to stick to and we caught various trains to visit Ueno Park and the museums there. 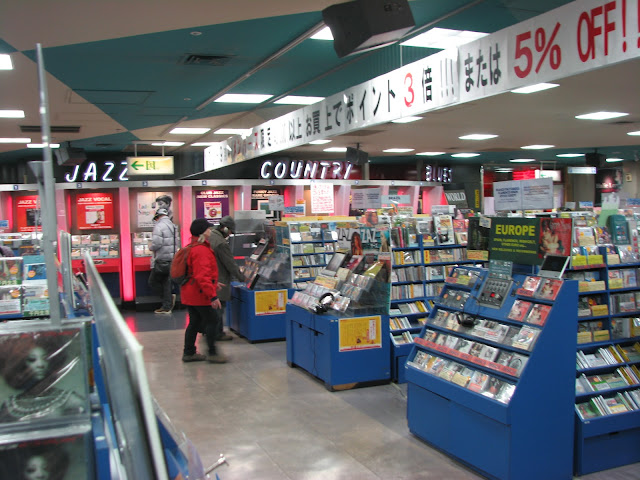 As darkness fell, another train took us in a loop (a bit like a figure of eight fun-ride) around the Rainbow Bridge and associated neon displays. 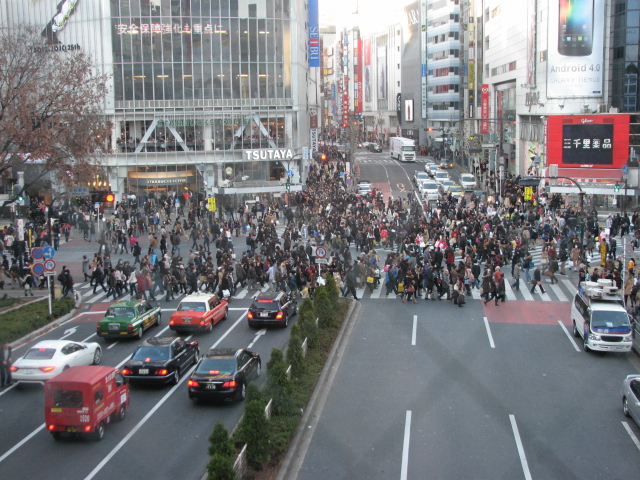 Then it was time to think about the return trip back to Kyoto. It was a rush-trip to Tokyo; but we left the sights, sounds, smell and tastes of the one small part of Tokyo we had explored on New Year's Day, 2012; the Year of the Dragon; happy to have seen it. We headed back to Kyoto; it was like a return home - I was looking forward to getting back there.
- February 19, 2012

Always so interesting to learn how other cultures live their life! I really like the futon...if someone will help me get up off the floor ;-) Your post made me realize it's been absolutely ages since I had any Asian cooking...I think I'll go up to our local eatery tomorrow and find something wonderful I can have...veggies with no MSG please!

Theanne - You roll sideways and get up off the futon that way! Did you enjoy your Asian meal?

Love reading about your trip. The persimmon tree is fascinating, as are those ducks!