That's what holidays are all about isn't it? Playing and eating ... watching the sun rise, watching it set ... 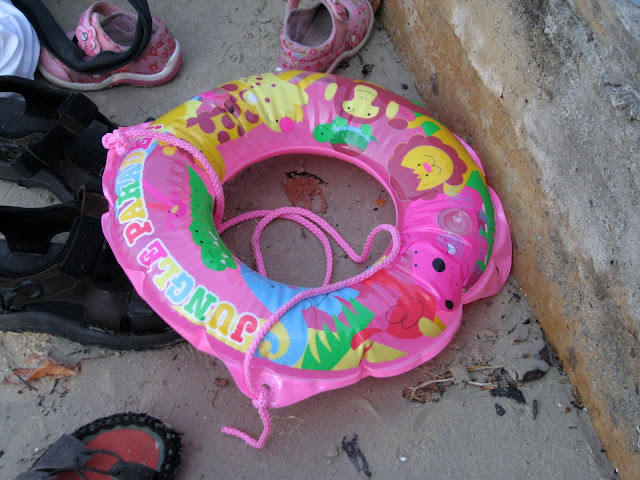 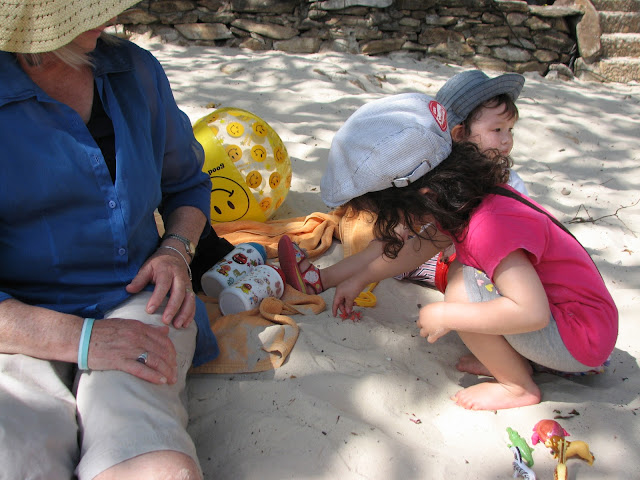 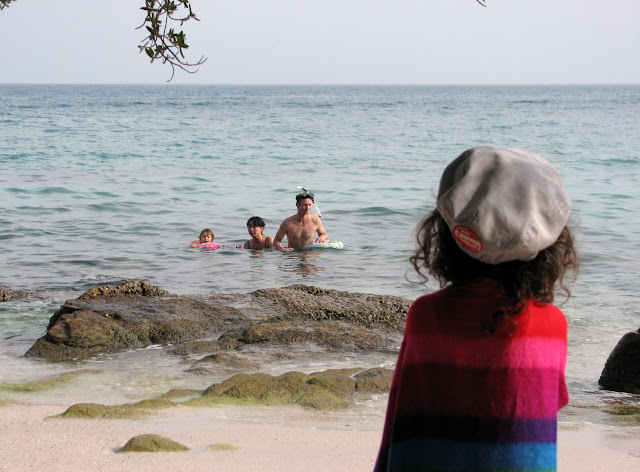 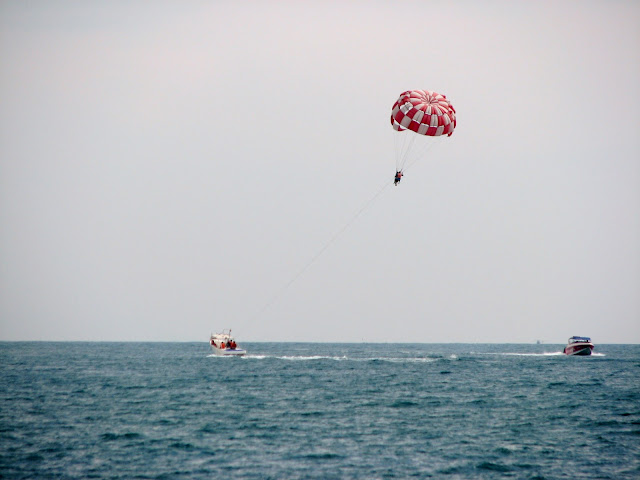 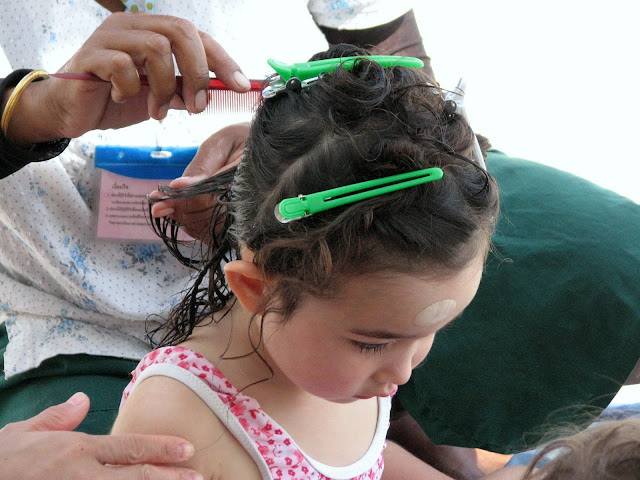 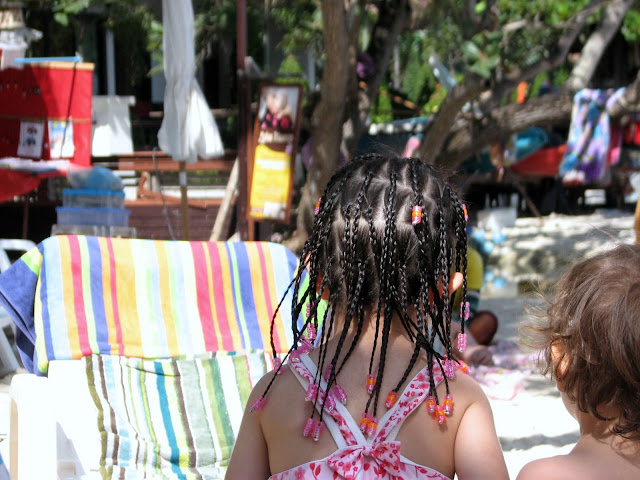 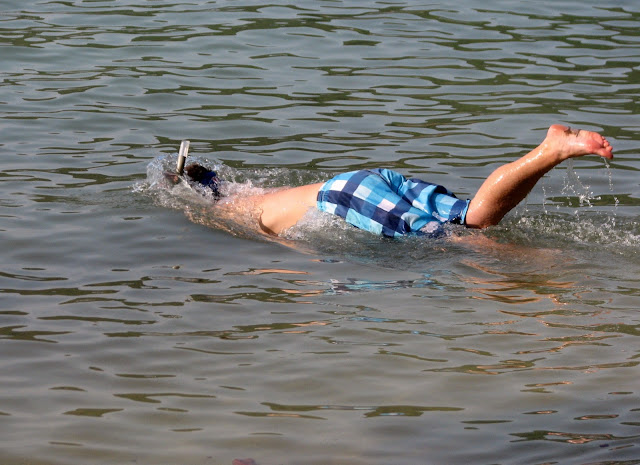 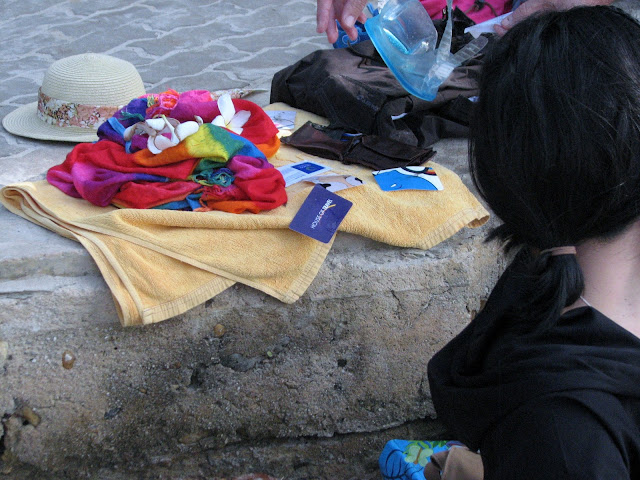 SOMEONE (who's name begins with R.) forgot to take his wallet out of his pocket before he went snorkeling. Hence the photo above of cards drying out. Good thing that the family had previously noticed the state of said wallet (very shabby) and so there was already a secret plan afoot to buy him a new one for his birthday in a few days time. 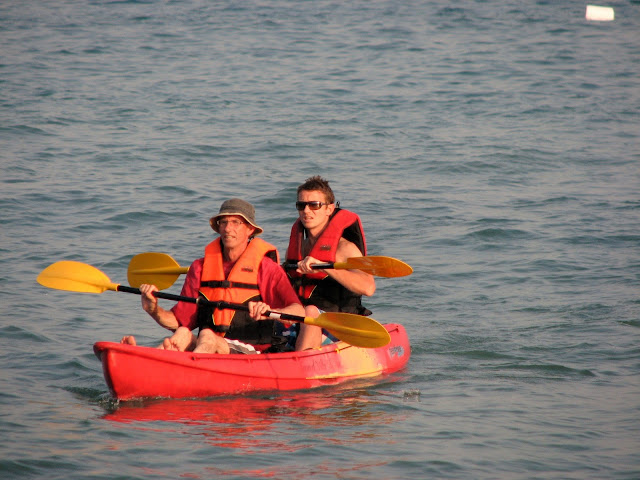 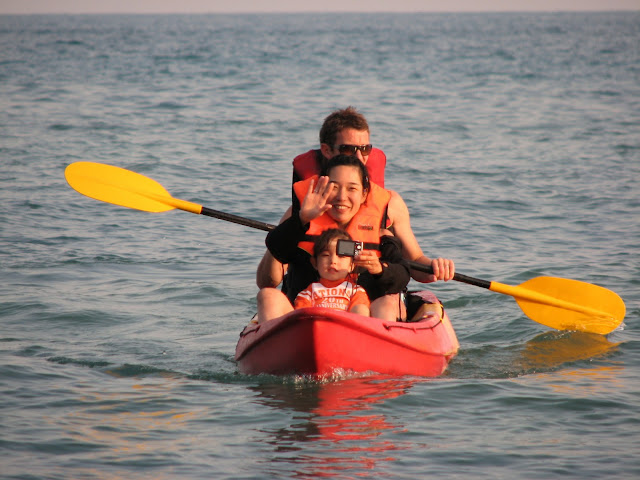 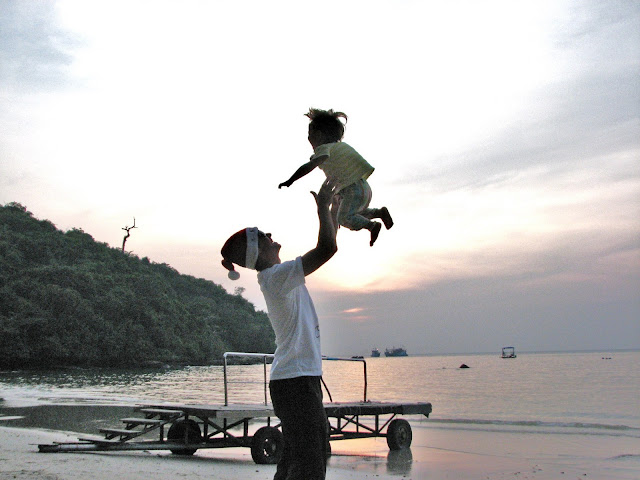 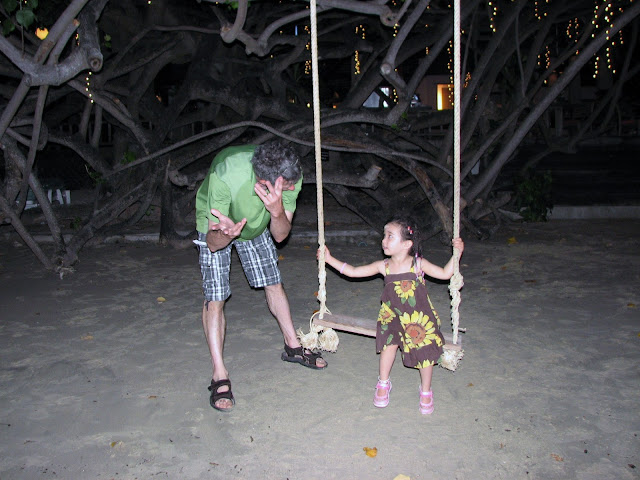 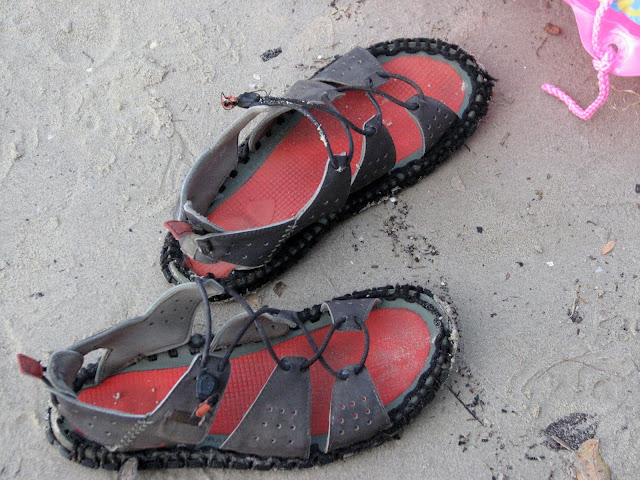 It means you have to get up at 5.00 to watch the sun emerge, but the early rising is worth it. 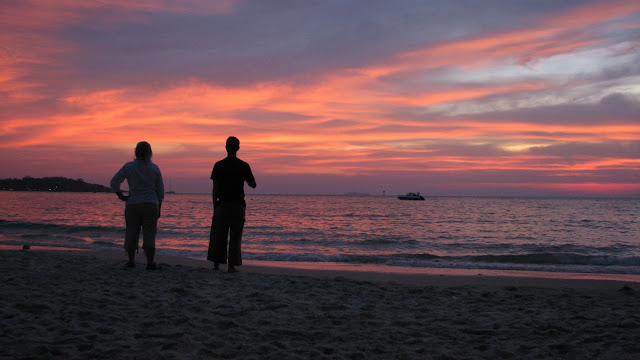 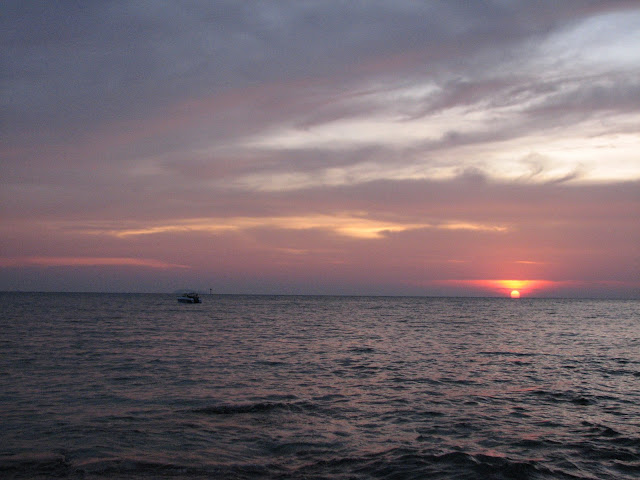 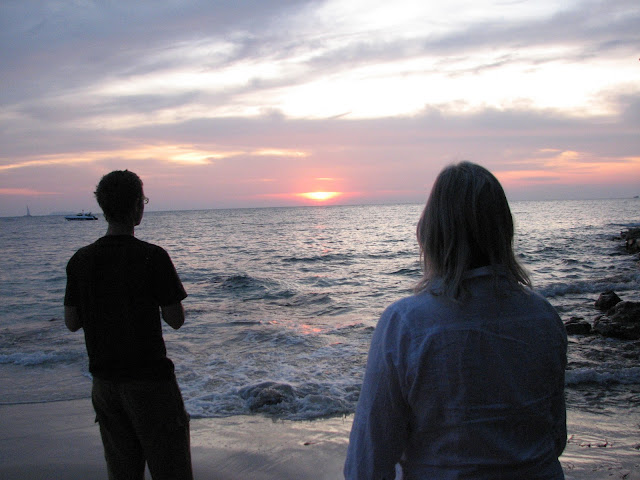 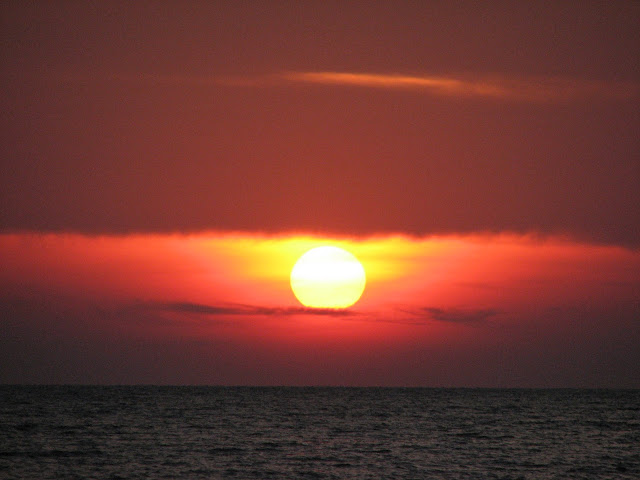 And then twelve hours later, you can make the dash across the island - took us twenty minutes to walk the dusty track - to see the sun set on the other side of the island.. 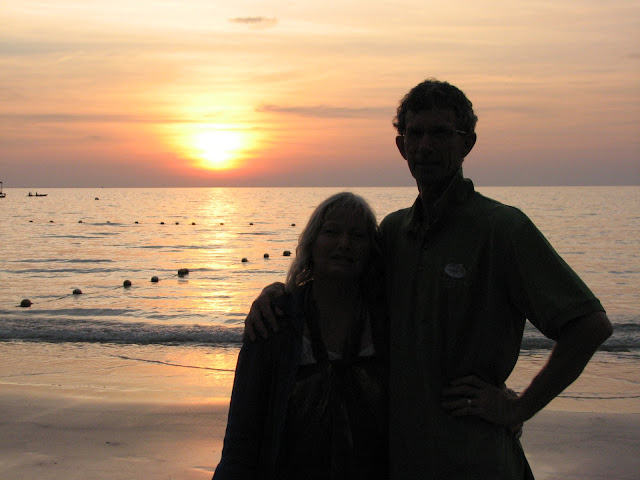 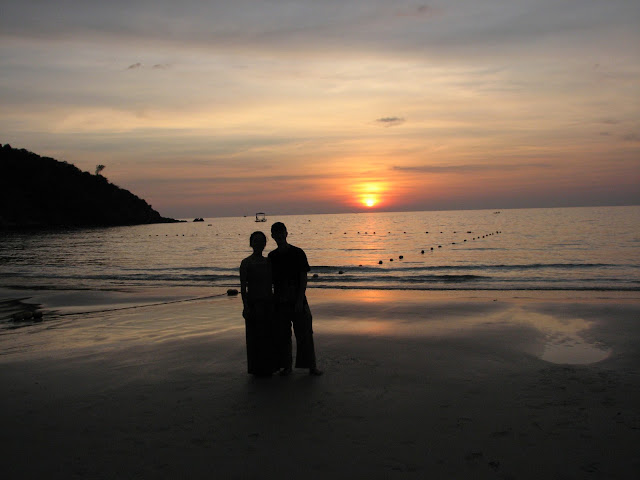 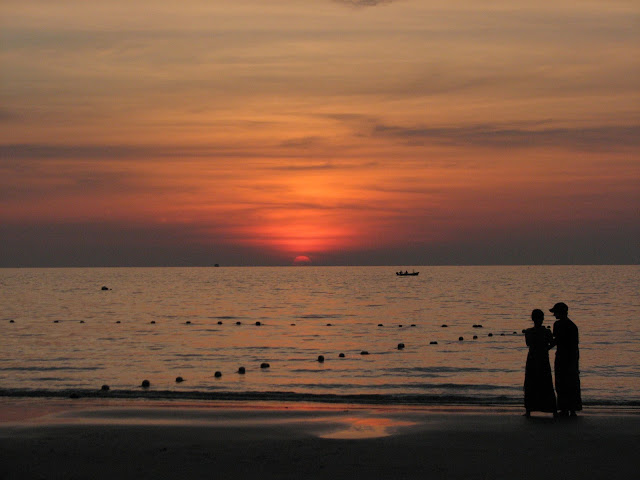 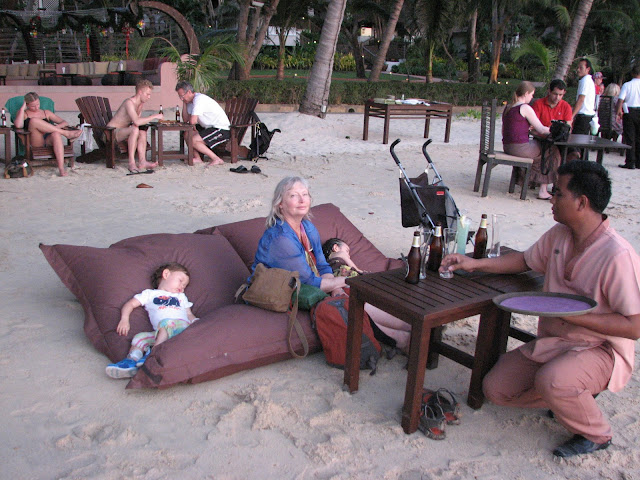 The grandkids fell asleep. Bean bags were produced for them to sleep on, while us adults had a beer and then dinner. 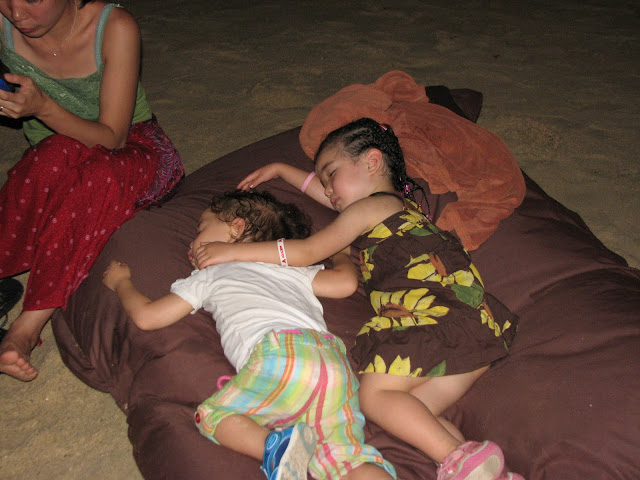 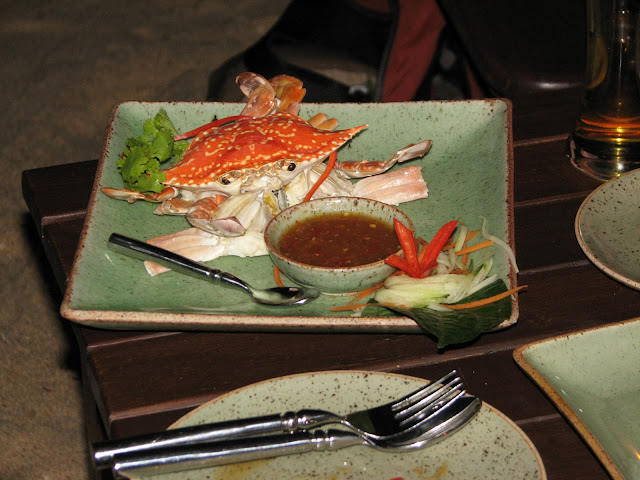 Loved the sunrise/set piccies, Kay and that delightful one of the sleeping grandchildren!
Looks like you had a wonderfully relaxing family holiday.

great photos...love the braids, the sunrises, sunsets and food!!!

Avus - It was a holiday out of the box!