Calling all poets -: Just a reminder about the poetry competition currently running at poems in the Waiting Room - go HERE for details. Closing date end of February 2012.
***
Meanwhile, more on our holiday in Thailand ...

In Thailand, to say thank you, you say 'kapunka' if you are a female, and 'kapunkap' if you are a male.We used it a lot. Thailand means Free Land. It used to be called Siam. They like to call Thailand, the Land of Smiles - and we can vouch for that. We found Thai people to be very open, friendly and smiley. 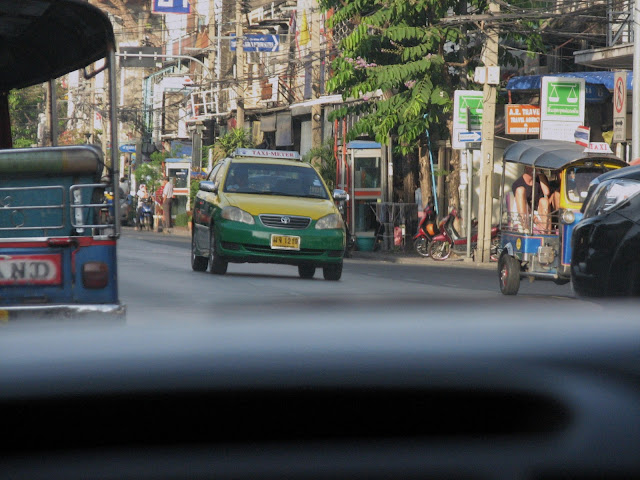 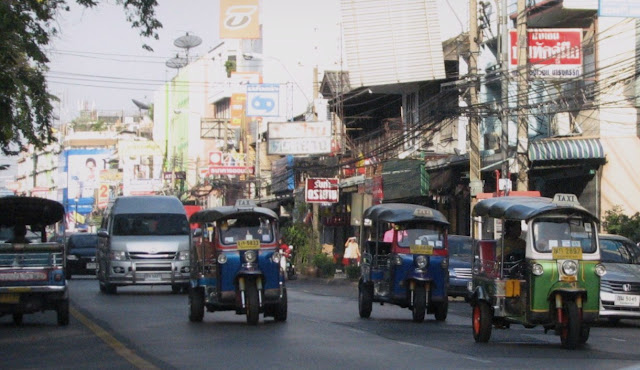 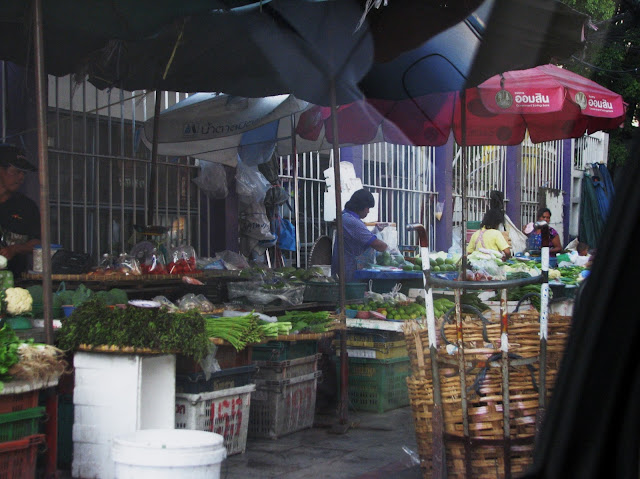 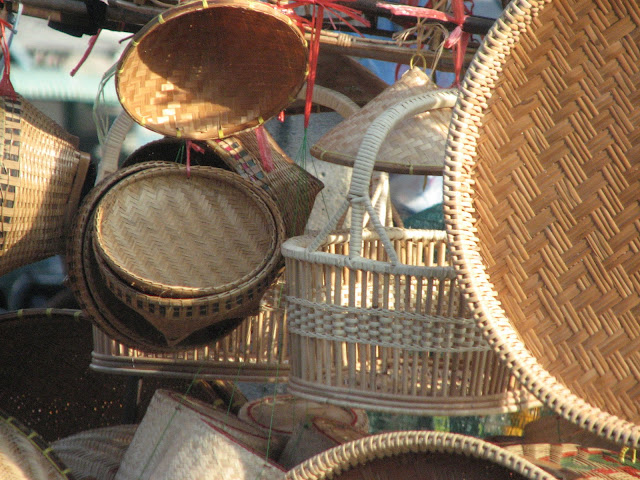 under here somewhere is a cyclist ... until Bangkok,  I never knew how much it is possible to carry on a bike 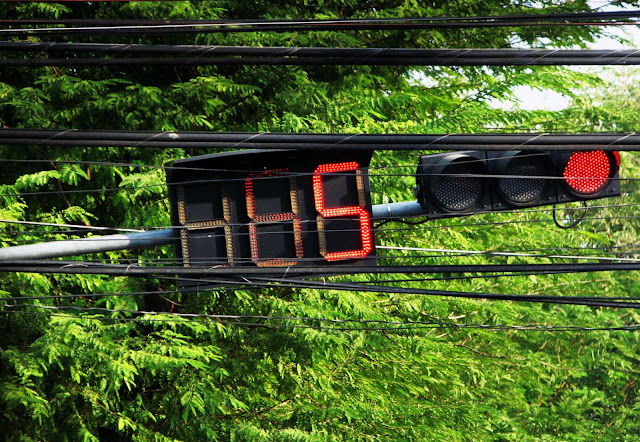 traffic light countdown, so you know to the second when the lights will change ... must be very handy! 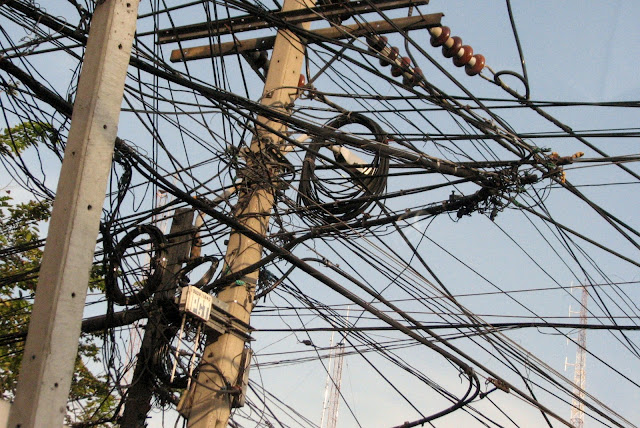 now that's what I call power!

***
And then the rest of the family arrived. (Our son, his wife and their two children). 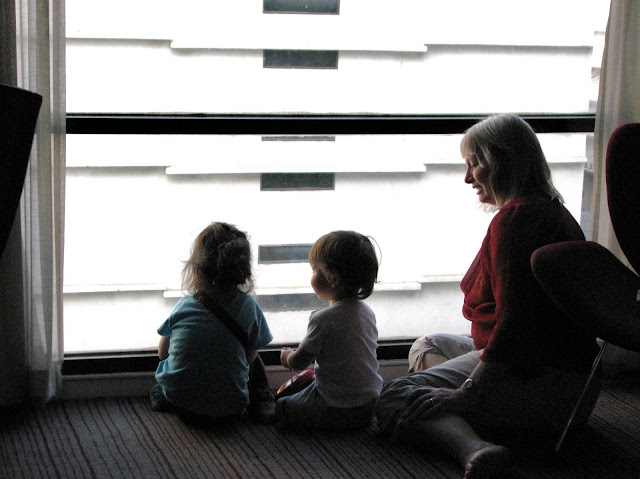 Looking out the hotel window - Grandma and grandchildren bonding time ( previously they only knew us as Gran'ma and Grandpa on Skype).Some precious memory-making time had begun. The youngest started calling us 'GoomaOmpa' a kind of amalgamated title. 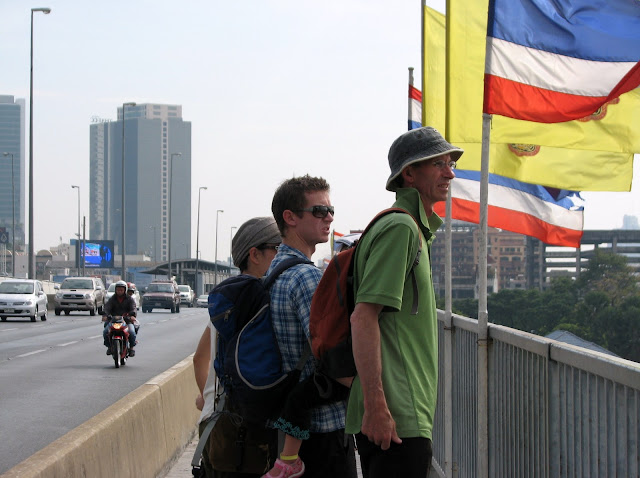 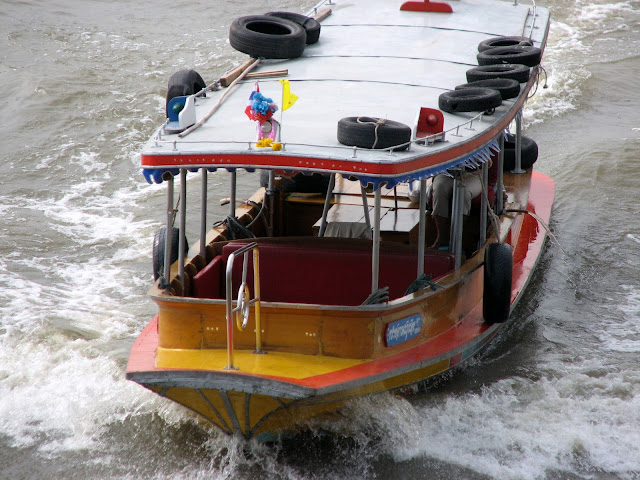 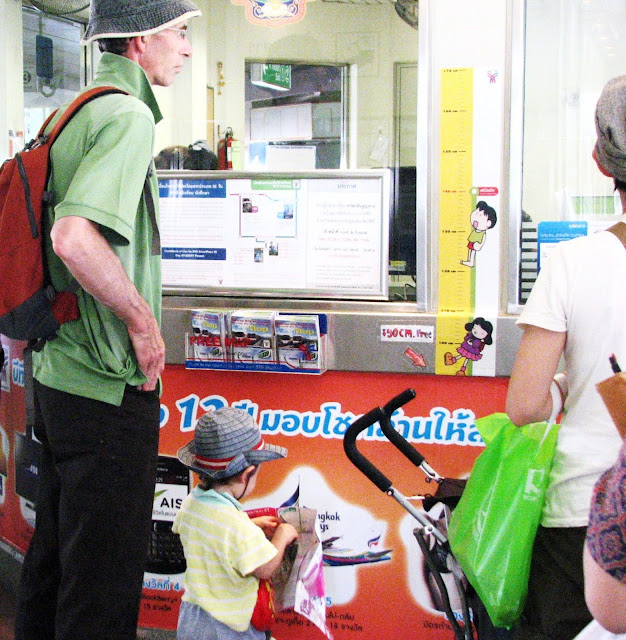 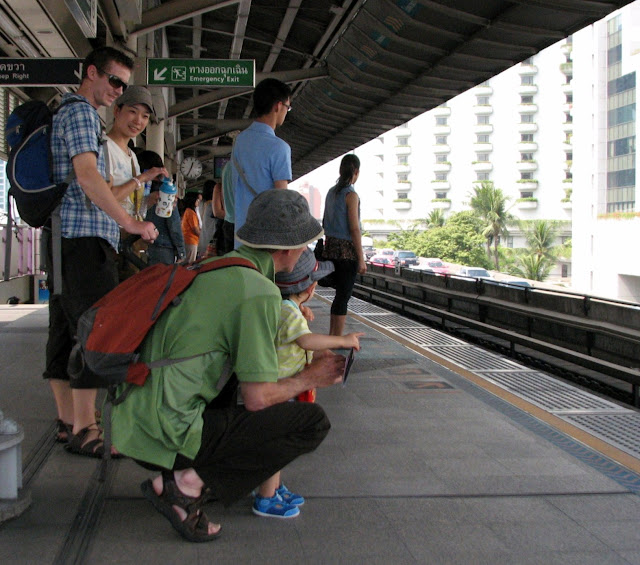 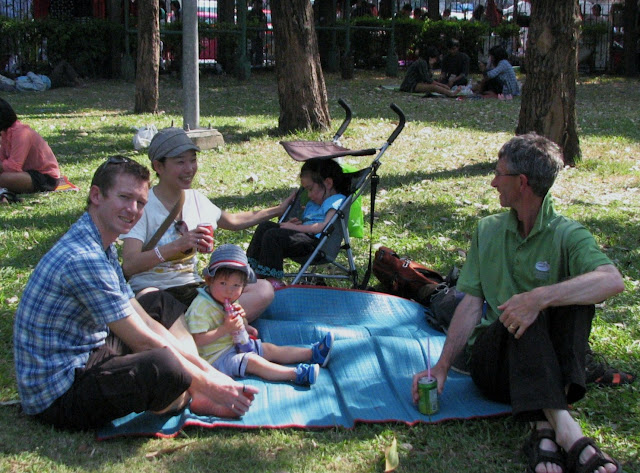 ... after a long, hot trawl through a very busy market, it was time for a sit down and something to drink 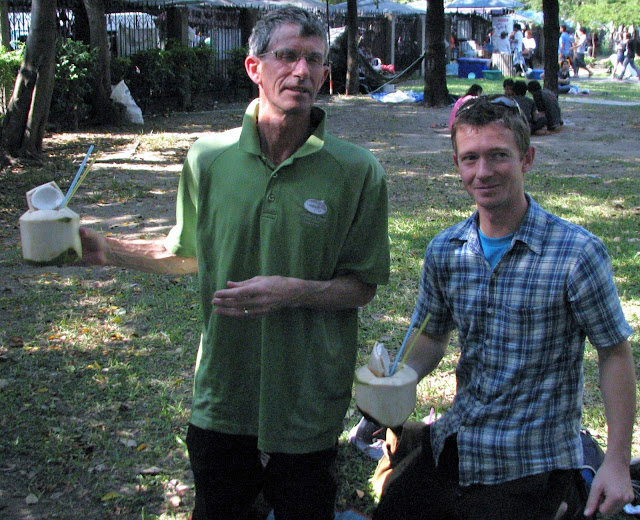 
The next day we were due to check out of the hotel and head off to the island resort - Koh Sumet in the Gulf of Thailand.

I must say, our holiday was well-planned and went without a hitch (apart from the flight Chch to SIngapore being delayed by two hours, which meant we missed connecting flight to Bangkok - but we were put up in a hotel in Singapore and it didn't matter in the end). The smoothly operated arrangements for our holiday were  due in no small part to our travel agent. I'm happy to give him a plug (and why not?) - Ash Creevey, from House of Travel, Dunedin. A good travel agent is like gold.

In the next instalment; arrival at an island that looks as if it has been dropped into the blue ocean, straight from Paradise.
- January 19, 2012

I love your photos and descriptions. Coincidentally, John and I only just downloaded a book about Thai culture on our Kindle and the first thing they mention is the polite suffixes '-ka' and'-kap'!!
Thanks for the mini-holiday that your blog always seems to provide :-)

Kapunkap for your many photos!

I've never been there.

The city streets look just like streets in the Philippines! Especially the power wires--they are EXACTLY like that!--A rat's nest.

Enjoying your trip with you and family...the grandkids are precious! I once saw telephone/electrical wiring in New Jersey that looked just like your photo! :-)

Katherine - Thanks for that. Are you and John thinking of going on a trip to Thailand? Thoroughly recommend it, if so.

Joyce - How they'd ever repair a fault beats me!

Theanne - Thanks. We in New Zealand (population 4 million for entire country) we never see anything close to that. Hence the photo!

eToro is the ultimate forex broker for rookie and advanced traders.

There is no Kapunka/kap in my language. It should be Khob Khun Kha / Krap when you want to say thank you.


I’m definitely going to have to start following some of these blogs, I just recently got into reading blogs and I’m absolutely loving them so far.
Patio Baton Rouge thank you!

Thanks for sharing. Always a pleasure to read.

lawn care services I appreciate several from the Information which has been composed, and especially the remarks posted I will visit once more