'In a Sea of Glass and Tin' 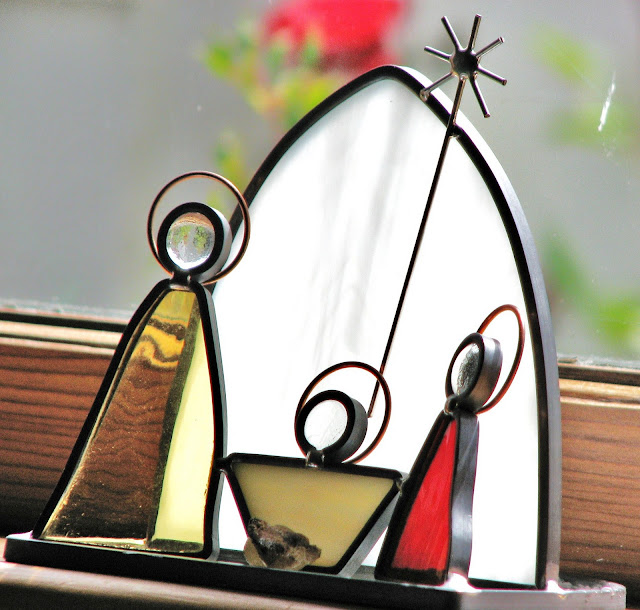 A barbecue planned for this afternoon had to be held indoors; a not uncommon barbecue eventuality around these parts. 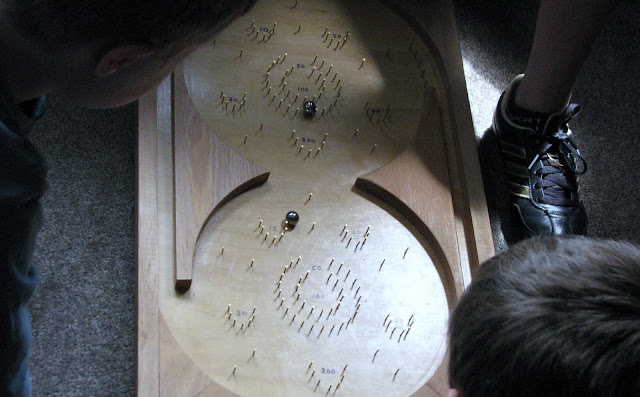 Our friends brought out their bagatelle board. Our sons used to play a more humble form of this on a board that my mother had at her house - they called it 'Nana's Marble Game'. Our friend has made this one from recycled rimu (a native NZ wood) and used ball bearings rather than marbles. 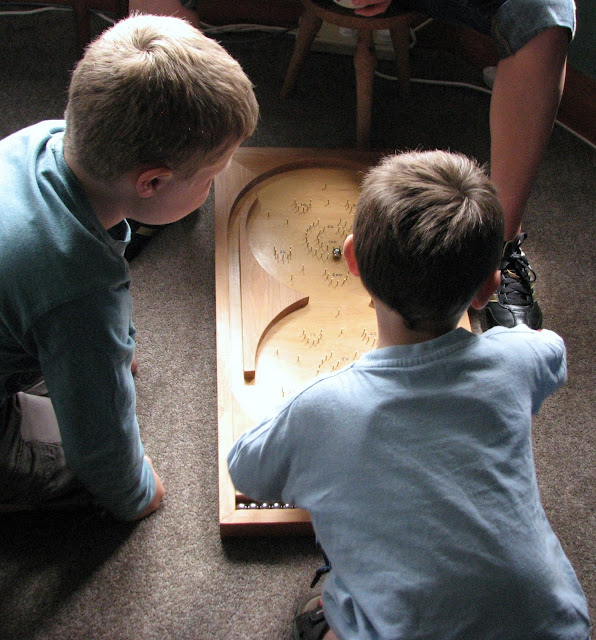 Some of us immediately thought of the song, 'Penny Arcade'. Roy Orbison's version of this song was apparently never a hit in America or Britain, but I certainly remember it being played extensively over the radio in New Zealand in the 60's. (I believe it was popular in Australia too). Today the song, written by a British songwriter Sammy King, is the current anthem for the Scottish football club, The Rangers.

... “Step up and play”, each machine seemed to say
as I walked round and round the penny arcade.
“Just ring the bell on the big bagatelle
and you’ll make all the coloured lights cascade”.

... At first I thought it a dream that I was in.
Lost , lost in a sea of glass and tin.
But no, so dipping my hand in the back of my jeans,
I grabbed a handful of coins to feed the machines.


One of the things I remember from our last trip to Japan, were my ears being assaulted by the frantic clatter of rolling pinballs issuing from the open doorways of the pachinko parlours; a Japanese version of billiard halls or gaming arcades.

Glancing into these frenetic spaces with their waterfalls of lights and blasting whistles and sirens, you see a 'shop' lit up like a flying-saucer full of intense young men in white shirts, desperately pushing buttons and pulling levers to set the pinballs rolling.

Even that small shot of frenzy as we walked past was more than enough exposure to pachinko for me. 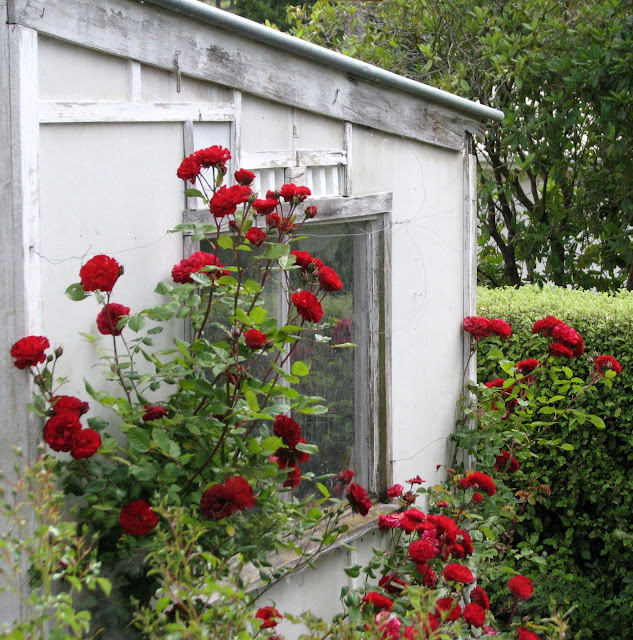 The relatively sedate game of bagatelle being played today, indoors safe behind glass, while outside gale-like winds worried the red roses, was really more than enough excitement for me. For now.
- December 11, 2011

Theanne - Thanks - it's always good to learn something new - well, that's what I believe anyway. :0

I love the stained glass nativity too, and I notice its photo - and the last one of the roses - go beautifully with the green of your blog header.