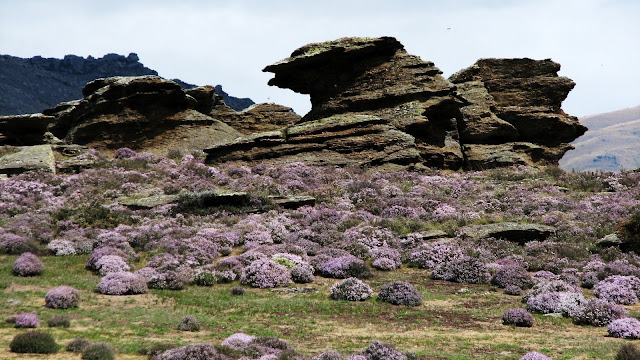 
Triple-layer excitement! Amid all the excitement of Robert's mother's 80th birthday last weekend and our nephew's wedding this weekend; both held in Queenstown; was the fact that our son Michael and his wife Kate arrived back from Berlin. They are back in New Zealand for a bit of a pit-stop before heading away again to the U.K. in April.

They have spent five months travelling, starting off in Japan where our oldest son lives with his wife and two children, then travelling to China, Nepal and finally to Berlin, Germany where they checked out the local art scene. 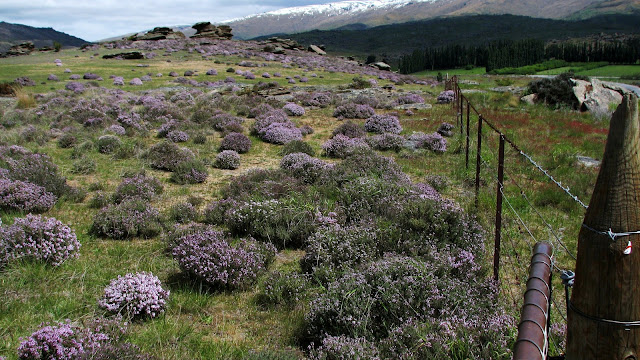 Travelling through Central Otago, we were greeted with their spring show of flowering wild thyme, covering the hills and reminding us of the heather-covered hills we saw in northern England and in Scotland. 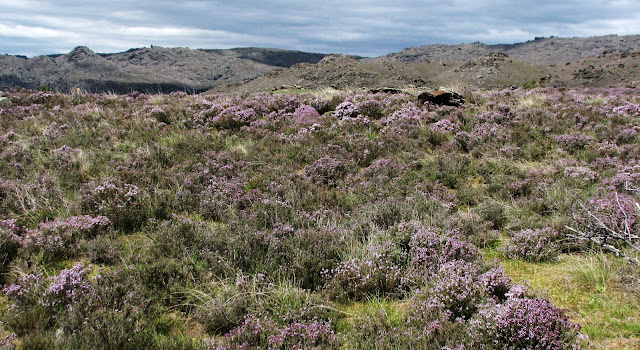 The smell of thyme reminds Robert of his Central Otago childhood. We stopped and he picked a piece to take home.

A few years ago now I wrote a poem about another occasion when we did this. It's a poem from my first collection, 'Feeding the Dogs'.

We stop, pull a lump
out, its roots still
dripping gravel
from the road's thin edge,

and the lake's lap
invited him
to sit for a while, sink back
into its cool drape,
but he never dared.

The thyme in CO is the best. Smells like home.

i just love seeing this; i never have before now and i can so easily breathe in the scent.

so glad your son and family are back for a time. what world travelers, no doubt because their parents are so fine.

Owlinalarkworld - It's a fantastic phenomenon. We are so lucky to be able to see it and smell it.

Karen - You are so nice! Affirming and nice. And fine! :)

Thyme instead of heather - and yet they look just the same! Thyme is more useful, though.