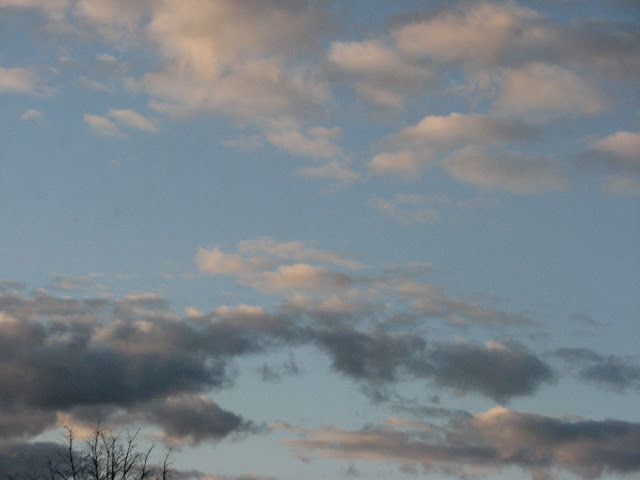 All day we have been waiting for the sky to come apart,
to fall into ruin like a house abandoned,
foxgloves growing in the old coal range.

Clouds in the east forming an avalanche that slowly churns,
milk in coffee, turning dirty grey and rain
drops between slices of sun.

"A monkey's wedding," said C., " weather like this".
The sun and rain dancing guests.
All day we have been waiting.

Note: 'A monkey's wedding' is a South African saying used to describe rain and sun together.


The bright pink peonies featured here, have opened as wide as dinner plates. They've lost all their Saturday-blush of fulsome crimson, and float above the bench like pale moons. Mother-of-the-bride hats. Cream meringues. Their heavy petals are falling to lie, waxen lips on the carpet, among the fruit bowl, or on top of the teapot.

The weather has behaved strangely all day. It didn't know if it wanted to be sunny or rainy.

Poetry workshop was held at my house today. We each chose a random phrase and wrote a poem from that. My phrase was 'fell into ruin' (which I actually mis-read as 'fall into ruin'). We'd been talking of the world's financial crisis, so it seemed appropriate. Even so, I ended up writing about the weather. As I so often do.

Each poet wrote a poem in their own voice. I wanted to write about a cow, but decided that was for another day. I've got two other poems in mind as well - one will be about a neighbour's comment (made twenty years ago now, but never forgotten) and the other about a woman called Molly.

"A monkey's wedding"? Strange - in Japan they say a sun-shower means a fox is getting married somewhere.

enjoyed your poem and learning the meaning of 'A Monkey's Wedding'. Now that I've gotten back to painting I have subject matter for paintings running around in my head, just as you have ideas for new poems! It's rather delicious in a way...I haven't had a direction in my life since my husband died 2 years ago, now I do.

Theanne - Thank you for your kind comments. That's great that the creative juices are flowing and you have things to look forward to. I hope to get to see something of your work on your blog. :)

Enjoyed your poem. I wonder if the poem you want to write about Molly, is the Molly that I know too? Can't wait to read it.