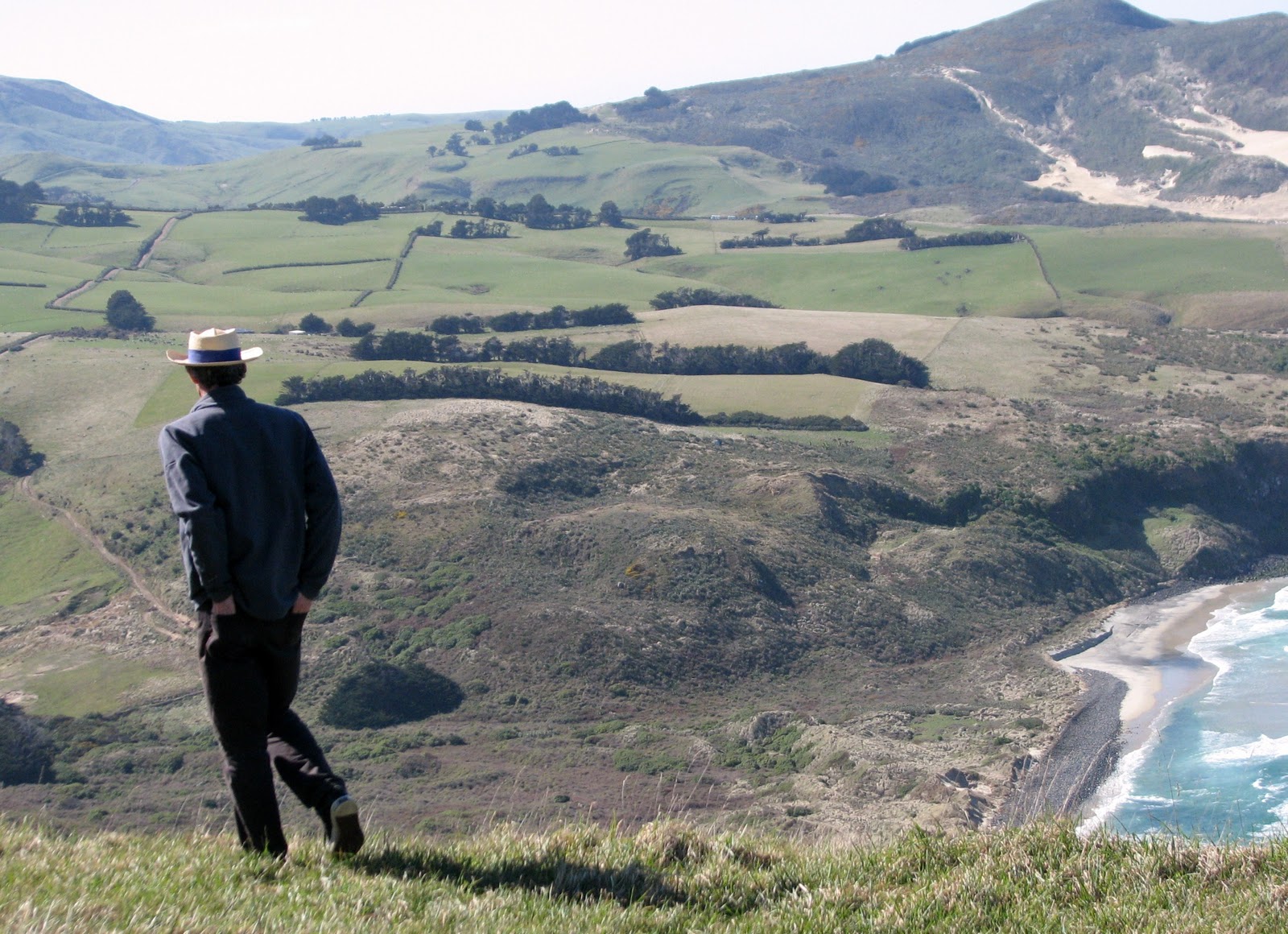 When the car reached the bottom of our drive Robert turned to me, "So. Where to?" I reached into the pocket at the back of the seat behind him and pulled out 'New Zealand's Short Walks'. 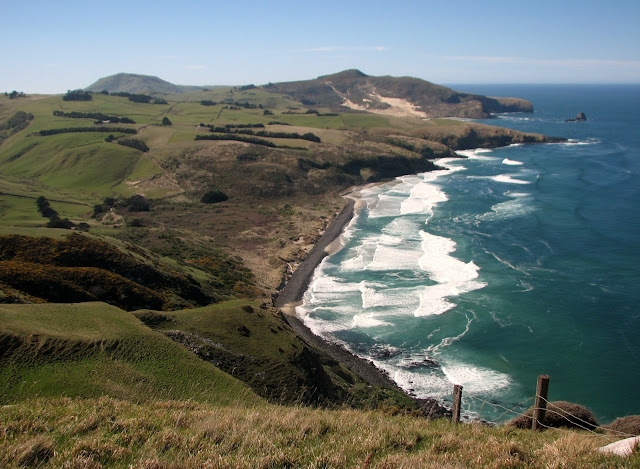 I read out some Dunedin options. Karetai Track immediately appealed. The top of the track is where our son Mike and his wife Kate got married.
It was a sunny spring day, with no wind to speak of (the harbour was like a mill-pond). A good day to fulfill the promise we made 3 1/2 years ago on their wedding day: to one day go back there with our picnic basket. 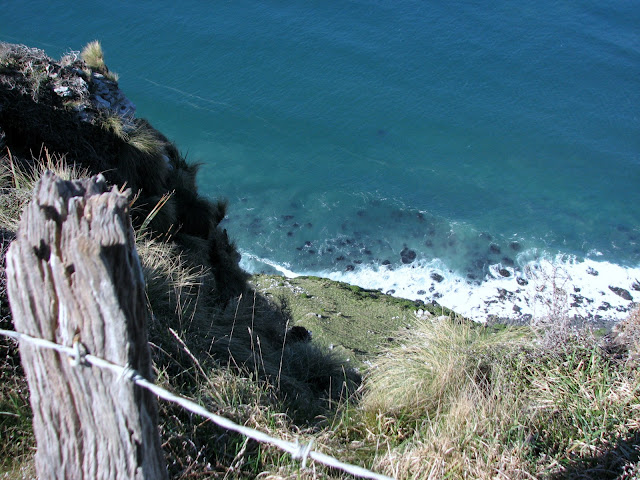 The sea below was like a breathing thing, a large animal ramming against the cliffs. In one of my poems about another coast-line farther south (where I hail from) I liken it to a bull. As I looked down over the cliff today, I was reminded of that image.

We could hear the clear, yodeling cries of black-backed gulls. Maybe the NZ native falcon we saw fly off from among the rock-strewn ground, was responsible for their discomfort. Robert saw a gull trying to frighten it off. Through the binoculars, we could see it calmly soaring, unruffled. 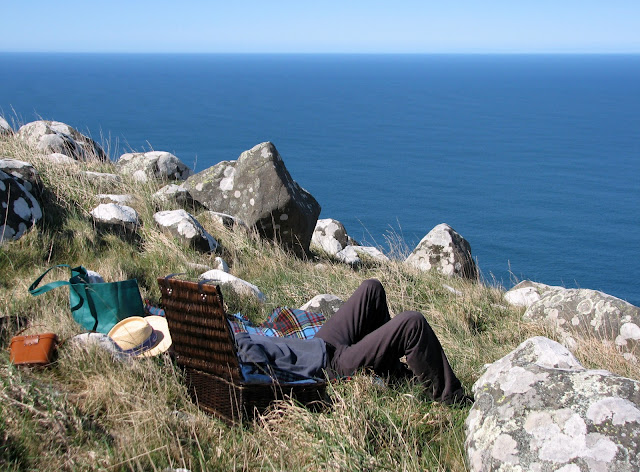 Perfect conditions. We had caught the day at its best.

In Dunedin you have to do that, as there's a high chance the weather will suddenly turn bad. I reckon it's part of its charm, but not many people find changeable weather and the correspondingly touchy temperatures attractive. (This of course means that Dunedin's population remains small; which for me can only add to its charm). 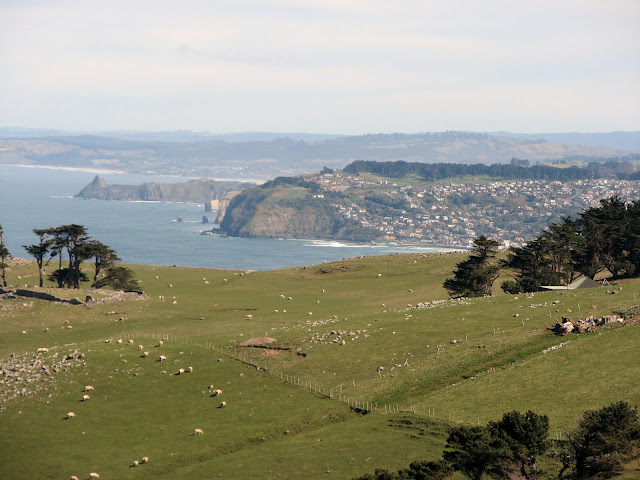 Now you are just going to have to imagine the sounds - for example, the bleat of lambs and the calls of their mothers. Through the binoculars, I spotted a young lamb jigging on its spindly, spidery legs, then prancing over to its mother's side to burrow in for a drink. For me it's not Spring until I've watched lambs. 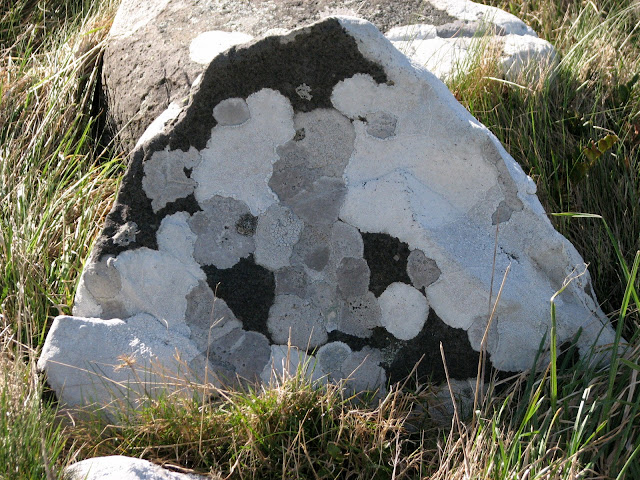 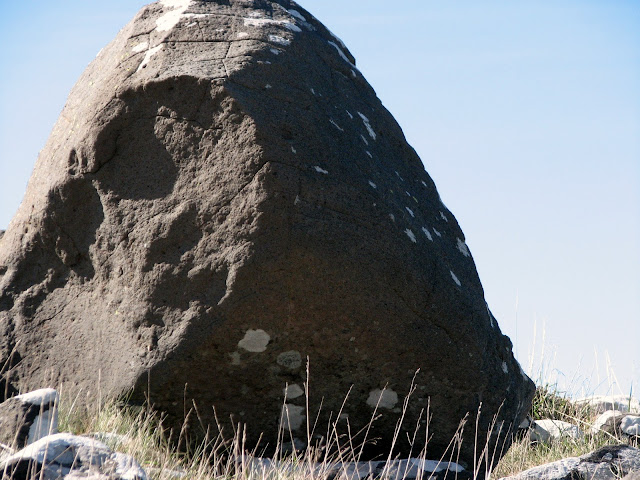 Always, there is a rock with a face. 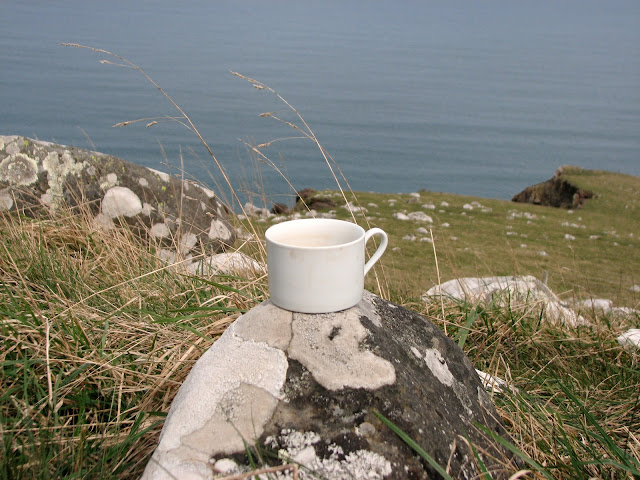 We ate a good lunch from our picnic basket and used the hot water from the thermos to make ourselves coffee and tea.
In the time that we were there, only two other people passed by.
'My head's in Georgia but my feets says California-bound,' Robert said, quoting a line from a song we'd listened to earlier in the day (as we were washing-up all the dishes from last night's dinner with friends).
"Where is your head and where are your feet?" he asked me.
I said that my head was with our sons - all three in three different corners of the Pacific rim.
"And my feet", I said, "are firmly planted here ".
"So, scattered head and firm feet," Robert said.
"That about sums it up", I agreed.
He decided that his feet, and head, were also firmly planted here in Dunedin.
On a day like today where else would we rather be?
We lay back and listened to Robert's i-pod -  a Joni Mitchell (my most favourite singer IN THE UNIVERSE) track, followed by a Bob Dylan (who Robert is rather partial to) one.
As my sister said after our trip last weekend up to Christchurch in a van we slept in the back of; we are such hippies. (The word 'old' was not mentioned!) 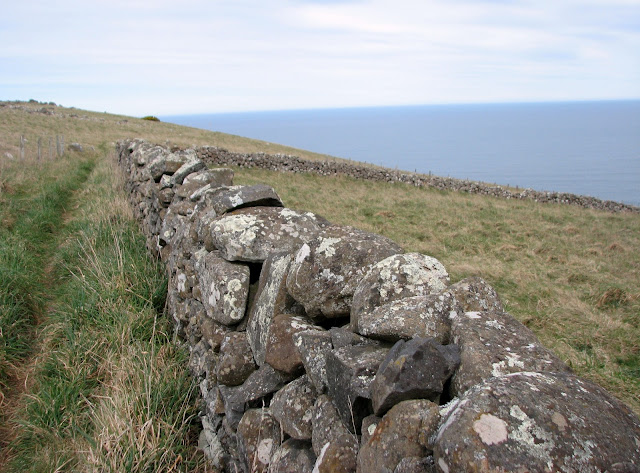 Today I particularly enjoyed the sound of the skylarks.
Through the glasses, I saw one soaring, mid-trill.
I asked Robert what his favourite bird was (it used to be a hawk ... but I thought maybe it had changed). Never one to answer such questions in a hurry, I had to wait two hours for his reply.
(I will let you know what it was in tomorrow's post).

What a stunning spot for a picnic.

Gorgeous, sigh. Sometime I miss these places that are home. I love the rugged coastlines and the ever changing sea. Thanks for sharing these lovely pics

Enjoying your blog too :)

Jules - Glad to make your acquaintance! Thanks for your comments. :)

These photos are really beautiful.