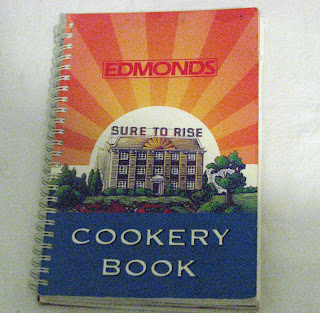 It needed to be a recipe without eggs (we were out) and the first egg-less one I saw was Gingernuts, pg 40 in the trusty 'every kiwi baker's standby', Edmonds Cookery Book.

They turned out tough little cookies, but tasty enough. I'd made them SUPER QUICK as the grand-kids were here, requiring vigilance ... 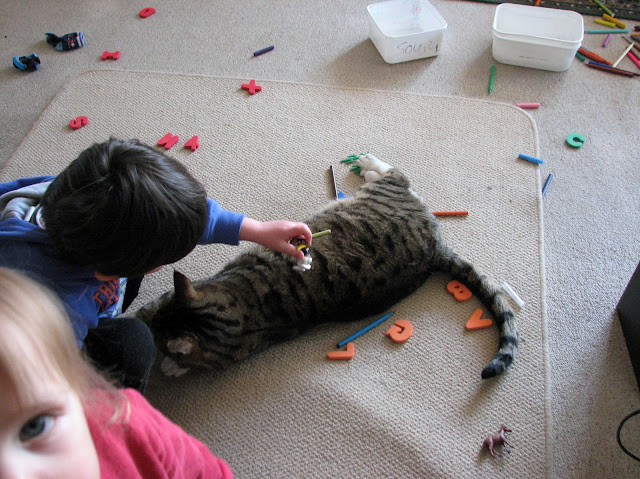 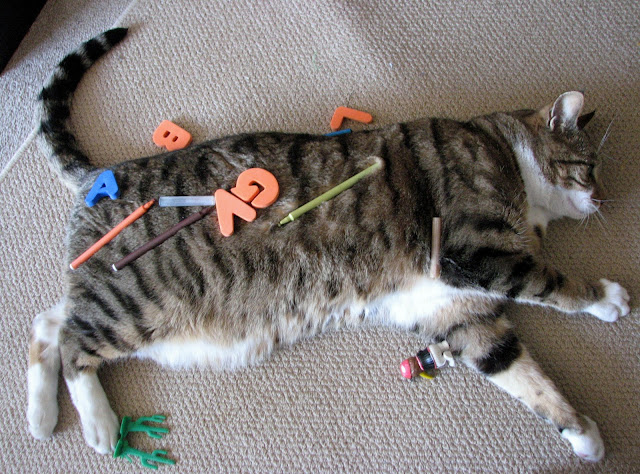 Grommet was his ever-obliging self and happy to act as a play prop. 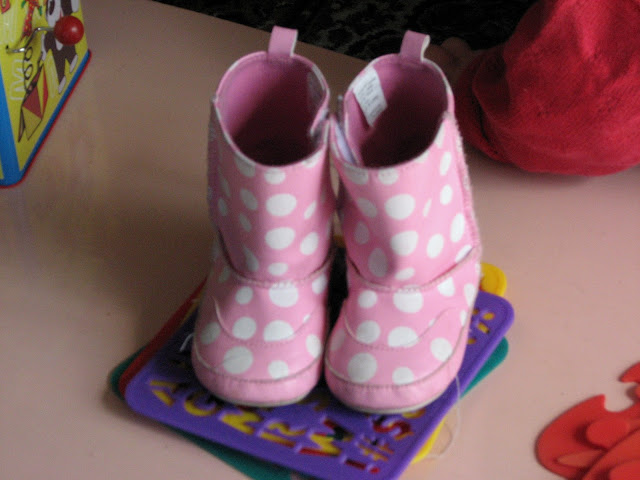 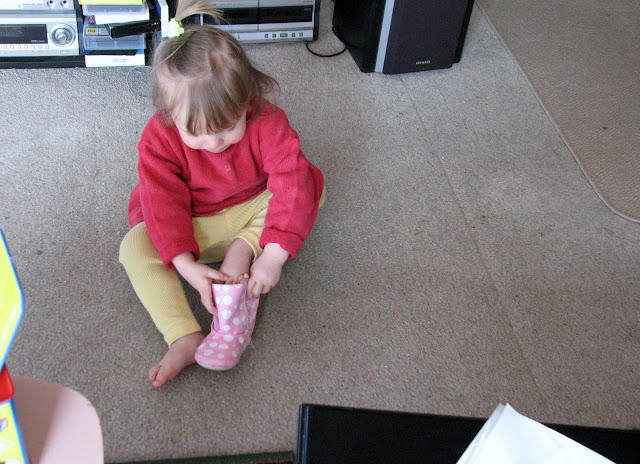 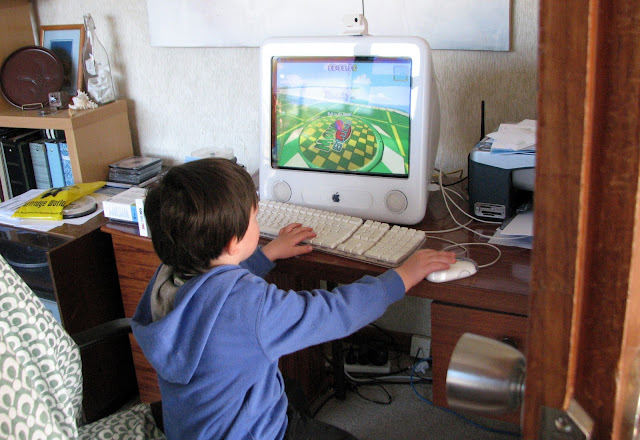 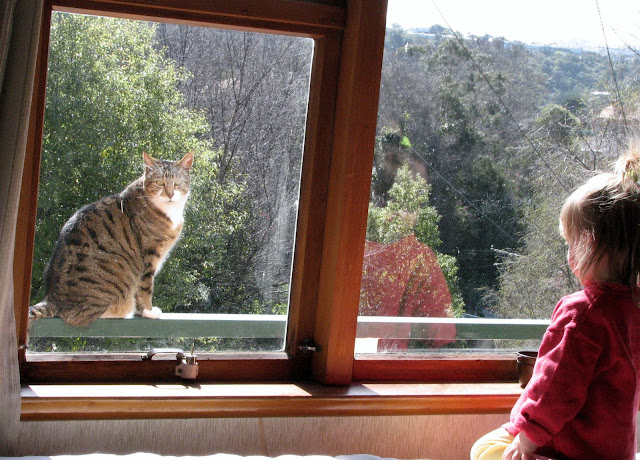 In the middle of it all, I managed a skype with our son Chris who is in Patagonia, Chile.

While talking to him, I heard an almighty crash. V had thrown a small glass dish on to the floor of the conservatory. A gift from a flat-mate from the time I was a student in Dunedin in the 70's, now destined for the 'mosaic-pile'. (It had survived the boys, but not the grandchildren!)

I attached the 'Made In Kyoto' Grandparent cards on to the fridge today, and thought of our wee family in Japan.

I listened to:
Portishead 'Roads' (courtesy of Chris, who sent it to me over Facebook). Beautiful. Good to listen to while flinging together a batch of biscuits cos it slows you down a bit, which can only be a good thing when you're baking.
Brett Dennan's 'Blessed Is This Life' (very fitting for a day when you have heard from all of the family).

It feels good to be on board again after three days in bed with a horrible cold. And tomorrow is Friday - already!
- September 29, 2011

Glad that you're OK. I have a calico cat in my house too.

Thanks, the cats are great company. :)