Green Buckets on Their Heads 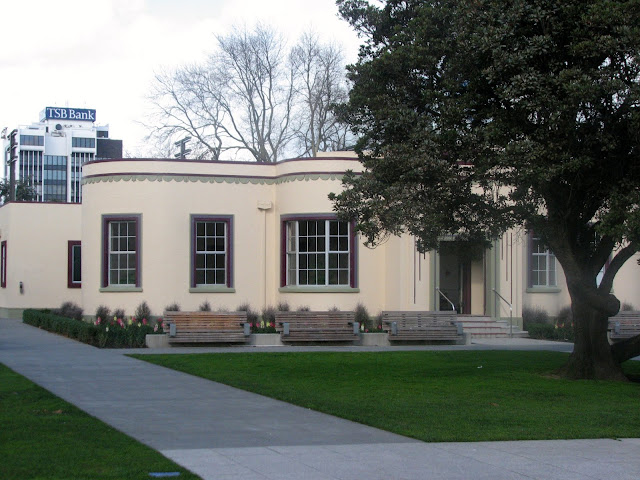 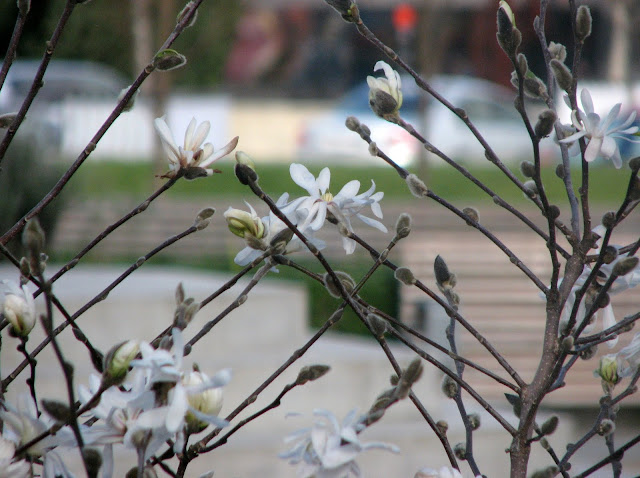 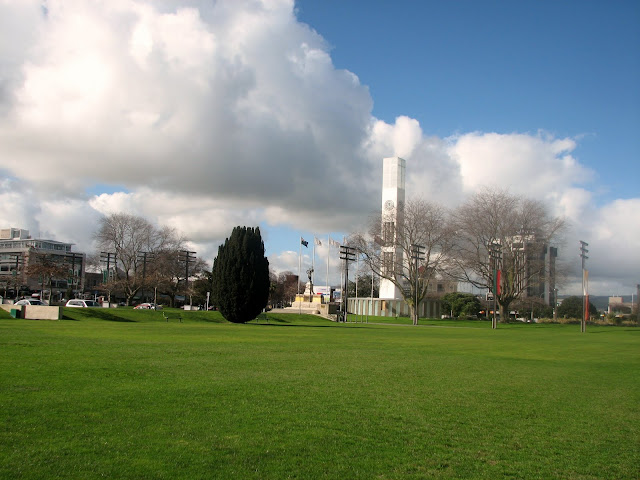 part of the Square - Palmerston North 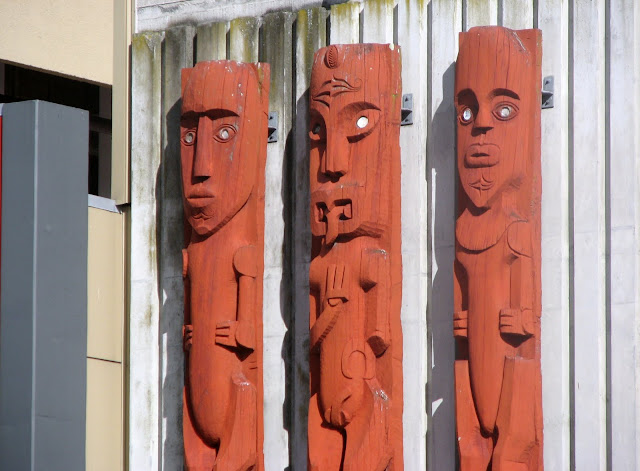 carvings outside a five-star restaurant on the southern edge of the Square. Called 'Bethany's', it's named by the owners after their daughter who died of bone cancer, aged 12 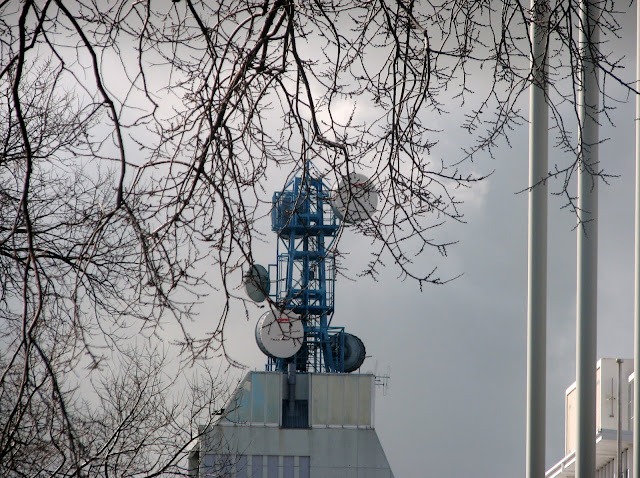 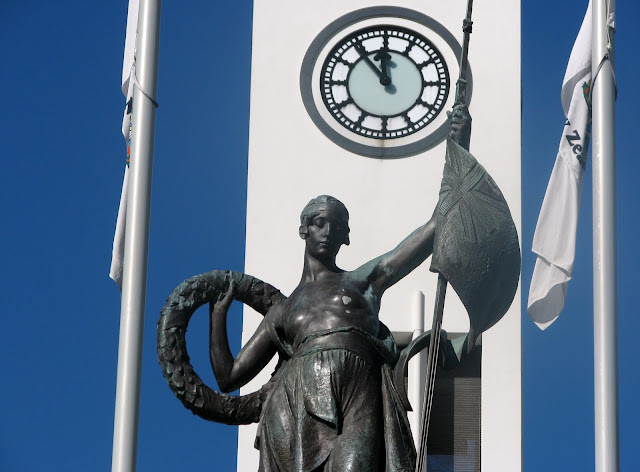 Palmerston North rugby fans are called 'Bucket Heads' because they wear green buckets on their heads. Fact. Read about it here.

Gotta love that.
I discovered Palmerston North's parking meters have a complicated and malicious computer system. Blithely unaware of the trap the meters set for unsuspecting users, I duly fed the right amount of money in and wondered why the meter didn't issue me with a stub for the car's dashboard.
Mum said not to worry, they were run by computer, that it's all worked out and a paper slip is not needed. She failed to inform me (or didn't know herself) that I should've entered the parking bay's number on to the screen; or some fandangled thing.
To my horror, when we arrived back at the car there was the unwelcome sight of a ticket under the windscreen wiper-blade. We'd been fined $40.00. Apparently I had 'Failed to activate the meter'. What? Even though I paid the money?
I intend to lodge a protest, but I suspect that the officialdom of middle New Zealand will weigh against me.
- August 10, 2011

That's a pretty steep parking ticket, hope you can get out of it.
Enjoyed the pictures of Palmy. I haven't been there - yet.

Complain anyway ...They will only change it by force of numbers and you won't be the only one caught out by it .....

J Webster - Sue, It's worth a visit - it's a great example of robust kiwi-ness.

Dinzie - I intend to - writing a letter today to post tomorrow.