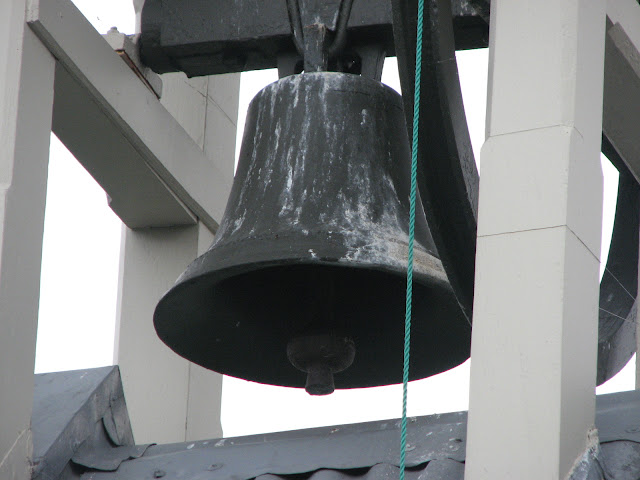 Some find it easier to write the story, then do the research. As I plough into the relatively dim, unexplored interior of my own 'story-writing', I find that sometimes I need to research as I go. The research activates ideas, or in some cases (if I'm lucky) turns on a light. It can take on a life of its own however; that's when I have to watch it doesn't take off or I can end up in places I never intended to go, tangled up in the mangroves of sub-plots.
I have been researching 'bells', which led me to foundries, which led me to furnaces, which led me to iron, which led me to iron ore. It was a backwards journey (as research often is). I was starting to get to grips with the history of the ages, the metallic innards of our planet's (or in the case of iron ore, rocks from other stars and planets). Basic chemistry re-entered my conscious thought. (Some of the internet sites I looked up were 'for kids' - what a relief to find simple explanations with pictures). I guess in the world of research, the internet could be regarded as an inferior source, but for me any heavy library research will be down the line from this point in my story.
I learnt that in pre-historic times, the world's iron probably came from meteorites. Iron has been mostly replaced these days by alloys - aluminum, steel ... Some of what I had learned years ago in basic high school chemistry, came back to me. I still remembered the symbol for iron. The symbols were the one thing I enjoyed in chemistry; letters always doing so much more for me than numbers or equations. That K is for potassium was always going to be easier to remember than those weird, alien symbols you get in algebra.
- July 07, 2011

As one who worked for nearly 5 years as a blacksmith I appreciate your affinity to iron, Kay.
Once one has had an intimacy with the metal it is easy to appreciate the reverence and awe in which ancient iron workers were held.

Very interesting read. I enjoy hearing you talk of the process of writing & research. I also appreciate how your photos always compliment your writing so well. Do you take the pictures yourself?, if so, you are as good a photographer as you are writer. I am a huge fan and friend!