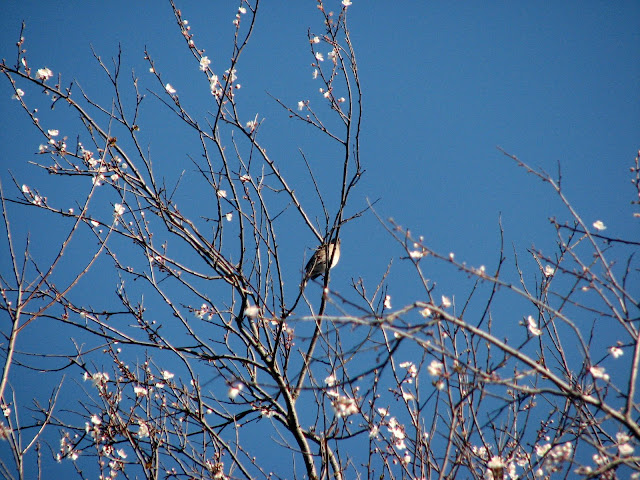 As I sat on the doorstep tying up my shoelaces, I caught sight of a bird (chaffinch I think) in our small plum tree. Obviously spring is on its way, with the promising appearance of blossom. 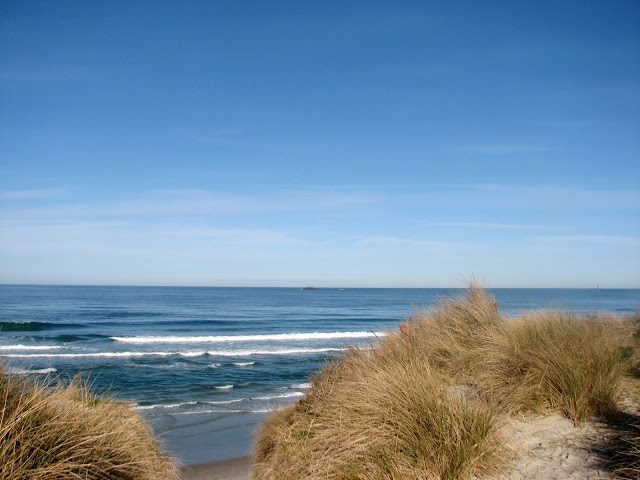 The top of the beach track - the track is closed for the most part because the encroachment of the sea on to the sand dunes has made it dangerous. A shame, as up until the last couple of years it has been a pleasant cliff-top walk 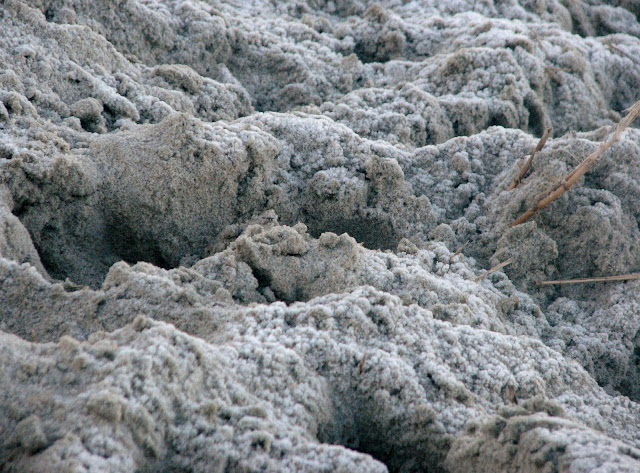 All thoughts of spring engendered by the blossom in our plum tree back home, were quickly dispelled by the sight of frost on the sand-dunes. 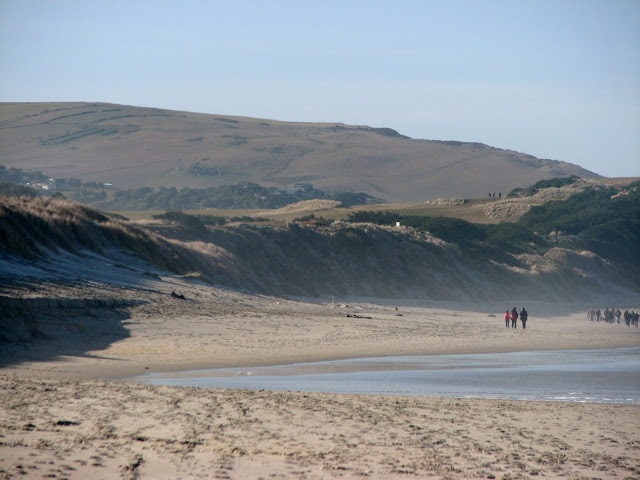 The frosted sand-dunes stretched all along St Kilda beach. In the sun it was very warm and there were a number of people out walking - one woman was even walking in barefeet. We are in that in-between state; between winter and spring, when anything can happen. 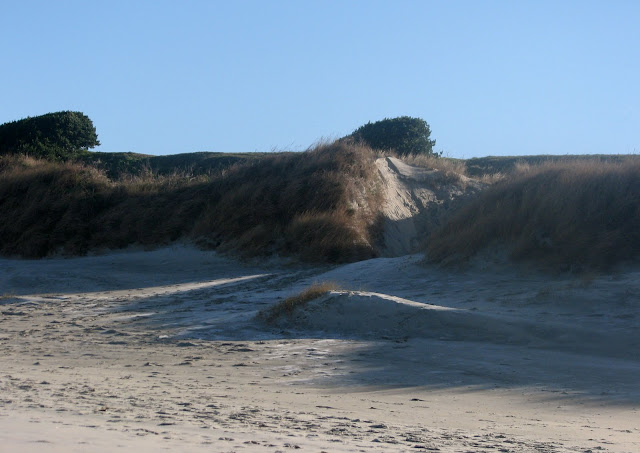 Some boys were sliding down these icey dunes, using body-boards as toboggans. 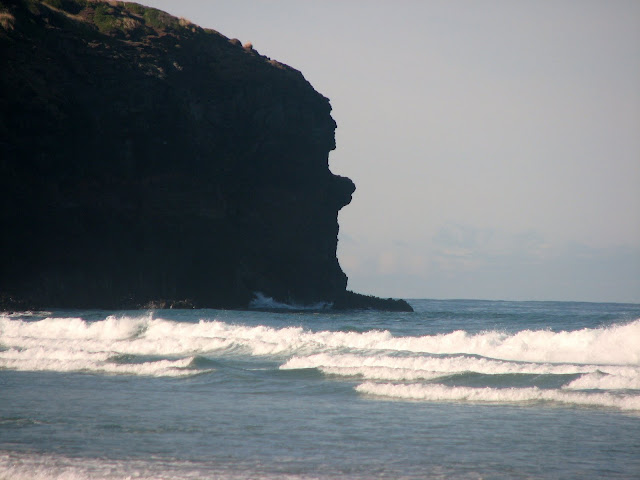 I notice the cliff-face feature dubbed as Lawyer's Head is developing a bulbous nose - the lawyer being outed as a brandy drinker? 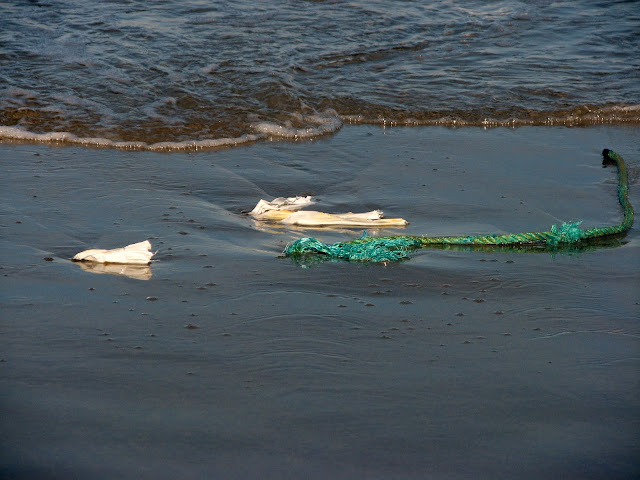 Remains of last night's party on the beach? Must've been a mighty frosty celebration. 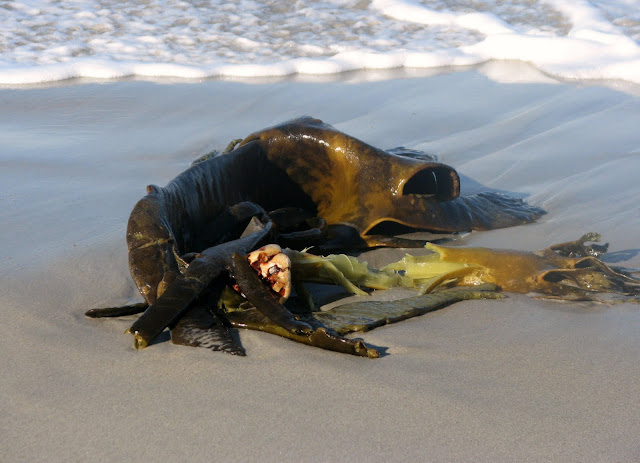 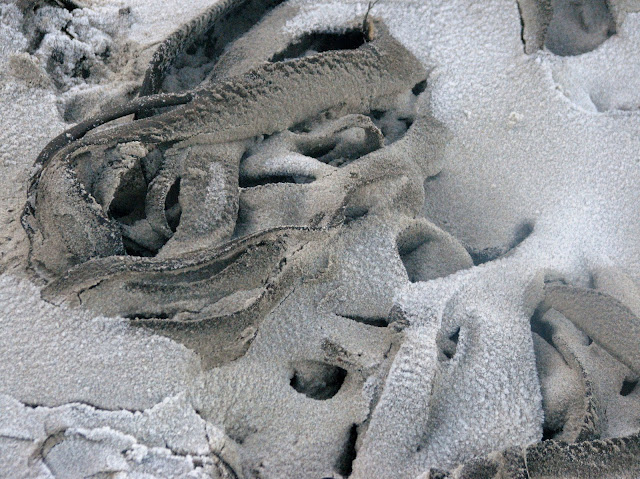 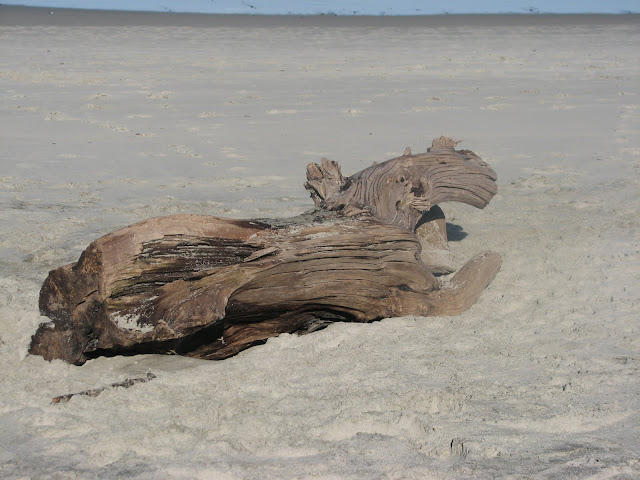 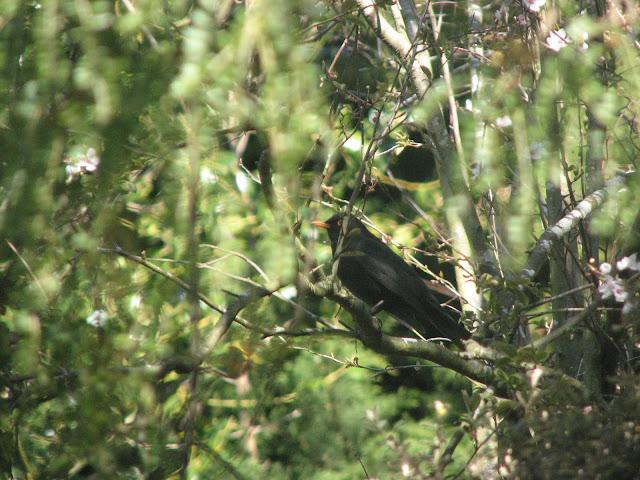 Back home and a comfortable blackbird in our tree. We have a bird table that, so far, only a blackbird visits. Maybe it is this one. He's certainly acting like a local. And he's not about to announce his discovery of the bird-table.
Through this winter I have seen fantails, kereru, tui, bellbirds, chaffinches, grey warbler, wax-eyes ... Seagulls lope past, high and slow on their way to the ocean, or back from it. Sometimes I hear the strangely lonely sound of a passing oyster catcher overhead.
Soon the birds will be building nests. They know what season it is, even if the weather doesn't. 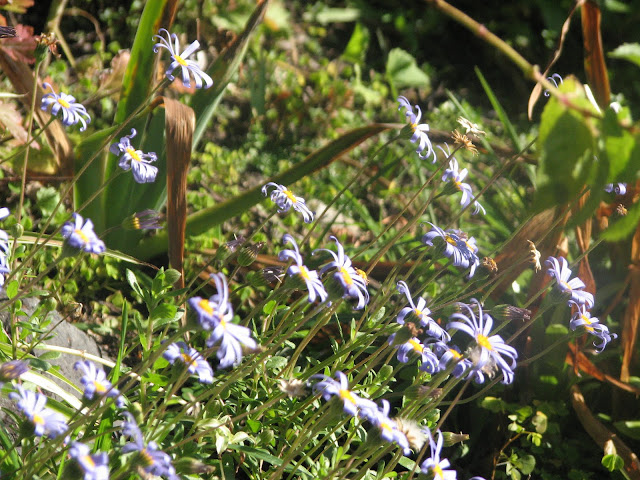 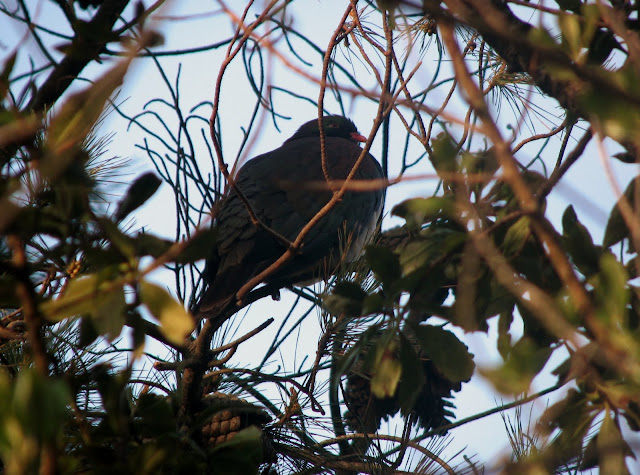 (This is a P.S. photo added in after publishing this post. It shows a kereru sitting in one of the trees around our place. The photo really doesn't do this bird's large size justice. I only had its back view so couldn't capture its resplendent white-aproned front).

Later,  as I gathered in the washing I could feel the air beginning to freeze again - another frost on the way. Then I heard a familiar sound. The whip of wings in the still air as a large kereru (native wood pigeon) flew overhead to land in the branch of a tree. Portly birds, someone I know describes them as the Iroquois (as in helicopter) of the bird family.
- July 31, 2011

What a wonderful walk that was. I have never seen frost on sand-dunes before and the plumb tree & chaffinch were certainly giving a hint of spring! It is a beauteous place you have there, I bet it is a treat just to wake up and see each day. Your descriptions and the photography once again made me feel like I was there with you as you walked. Thank you.

Dona - Thank you. I gives me much pleasure to be able to share 'my place' with you! xx

I echo what Dona's said!

Two other things struck me too as I scrolled through - how the dunes look like waves frozen in place, and that stately-looking pigeon...does it sing 'kereru' too?

Clare - Thanks so much. The wood pigeon doesn't actually say much at all. The sound of their wings is very distinctive - a whipping of air as they fly over. They are very lazy birds - they seem to just sit and eat; fly some - not far - and then sit and eat again. :)

Beautiful! Frost on sand dunes and kelp...how Dunedin is that?!

WOW! What phenomenal photos. I've long heard about how beautiful New Zealand is.

And Lawyer's Head might well be a sharp-nosed lady with big, uh, well--boobs.

I agree with Dona--'twas a wonderful walk.