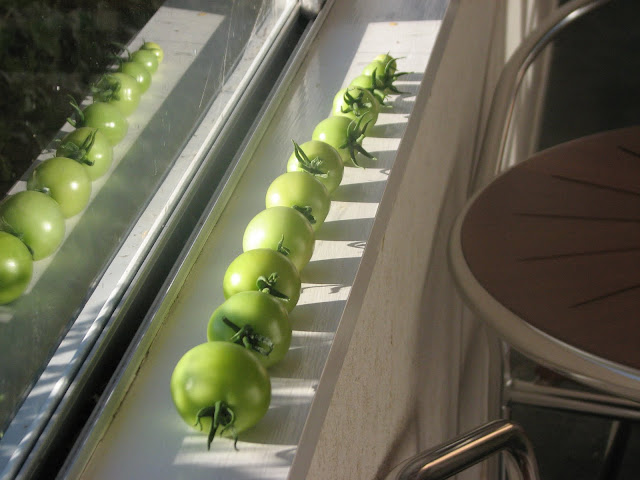 This morning when I went up to the greenhouse to check on the tomatoes, I was expecting to see a bunch of dead leaves. I was surprised to see green growth and hidden emeralds - green tomatoes, ready to be plucked and brought indoors to ripen on the windowsill. 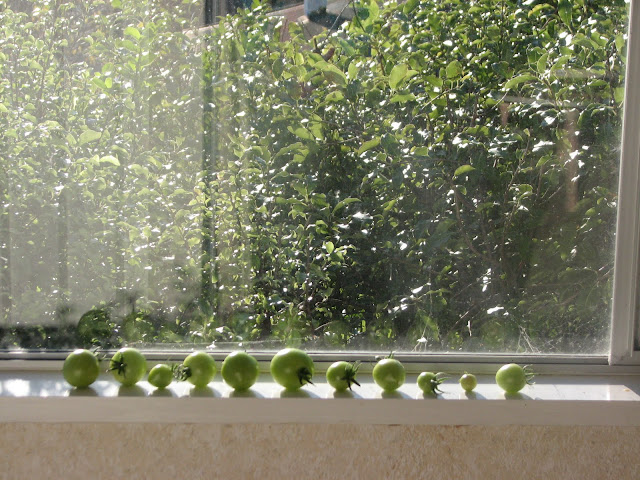 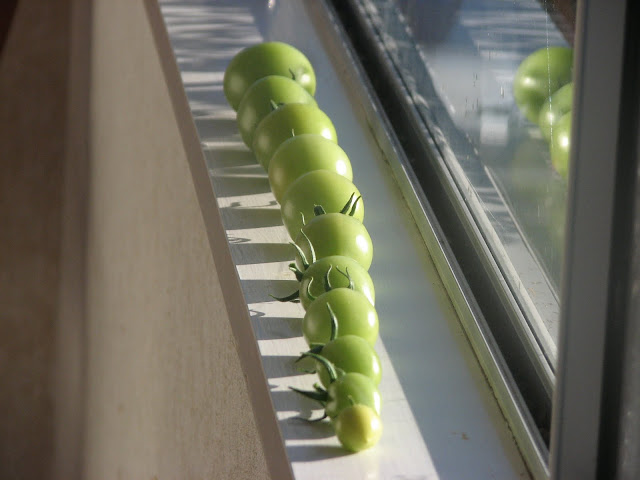 Early next week we say good-bye to our son and his wife as they leave for their O.E. (overseas experience). A lot of Kiwis travel. An estimated one million kiwis are living overseas. That is a quarter of our population. We hope most of them plan to come back ...

M and K are heading first for Japan to catch up with our oldest son and his wife and two children. After that they are going to China, then India and from there over to Berlin, Germany. They have no idea when they will come back to NZ - it may be just a six month trip, or longer.

Their proposed trip reminds Robert and me of our O.E. in the mid-70's.  To a larger or smaller extent, we were inheritors of our parent's perceptions of the U.K. as 'home', and that was where our noses were pointed. Through our years of growing up in New Zealand in the 1950's, '60's and '70's, British music and culture had been hard-wired into our brains and psyche. America was also an influence and a possibility for exploration; but the U.K. was definitely the place I had in mind to head for, ever since I was ten years old and started writing to penfriends over there. One penfriend had become especially close; another reason to go to the U.K.

We had no interest in S.E Asia, China, India, but Europe and Scandinavia were attractive, as was Greece and Israel. We got to see a lot of Europe in our combi van (bought on the street in Earl's Court, London, 1978, from another kiwi traveller). Only the threat of bus bombs, put paid to a planned bus-trip to Israel.

There are still some similarities - for example, M and K are travelling with packs on their backs, just as we did. 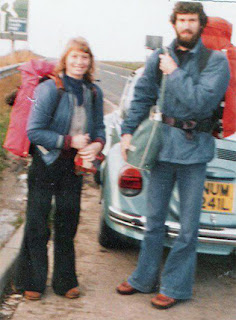 We will be sad to say good-bye to our two flying kiwis when they leave in a couple of days, especially as that means all three of our sons will be off-shore. But we are excited for them too. Bless them.
- May 21, 2011

Oh what an exciting time for them....I do hope they keep us all informed of their adventures, not just their mum and dad :-)

McD - will pass that on!

Love the photo!
I headed off to Britain just three years after you, because it was THE place to go. And I had penfriends to visit too!

Good to be back!
Enjoying reconnecting with such a superb blog.