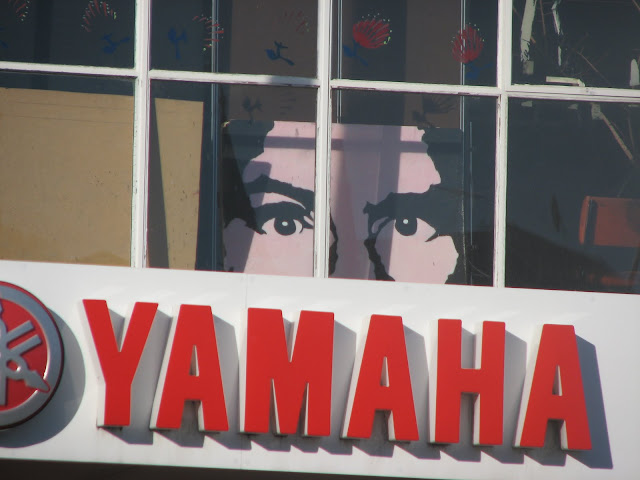 I took this photo while waiting at the car wash. It was kind of symbolic, considering the day I was having. All I wanted was to get the car washed. Not an unreasonable request, I would've thought.
However, the first car wash simply refused to start once I was installed. Rather than hold up the line of cars waiting behind me, I opted to be refunded and drive off in my still-grubby car to another car wash. Here I was informed that the car wash had just broken down.
While waiting at the third car wash, I glanced across the road and saw the face. Yes, I thought, exactly. 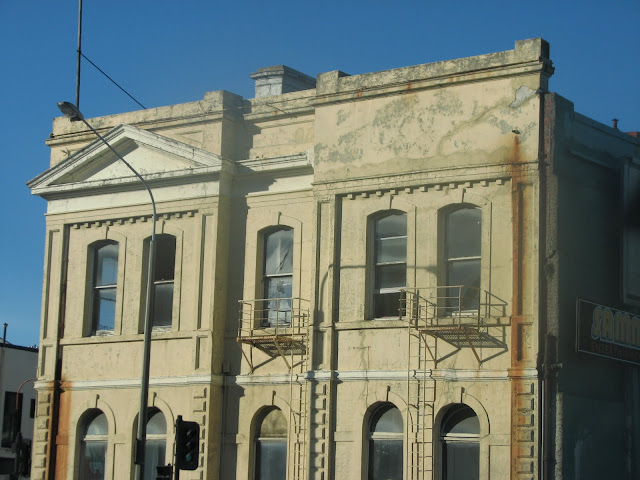 This building was also across the road. A typical crumbling relic of days bygone when this area of town was a bustling, commercial hub. 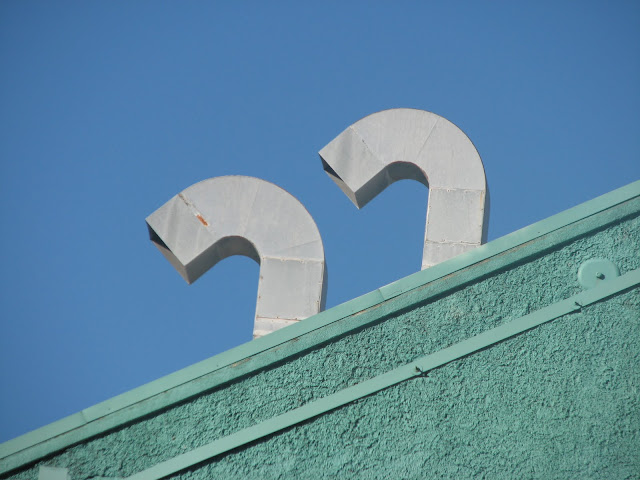 Two air vents at the top of Sammy's Nightclub.

The building next to it has been rejuvenated somewhat, and is now a nightclub called Sammy's. 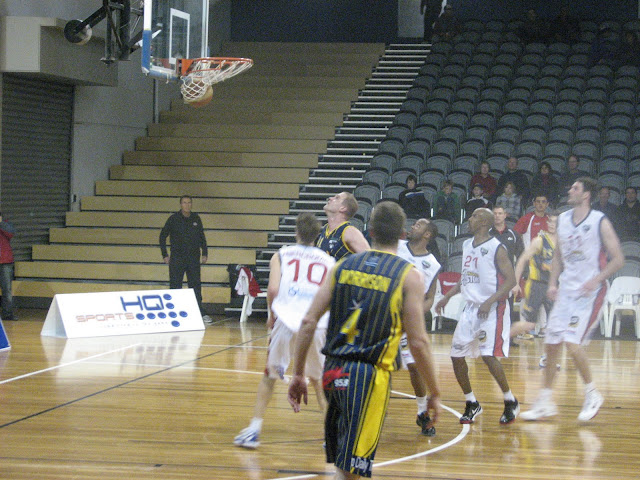 Last night we went to watch the Nuggets B'ball game. Last week they won their game, which ended a horror run of 33 losses. Sadly, last night they didn't repeat that win but lost by thirty points to a stacked Waikato team. 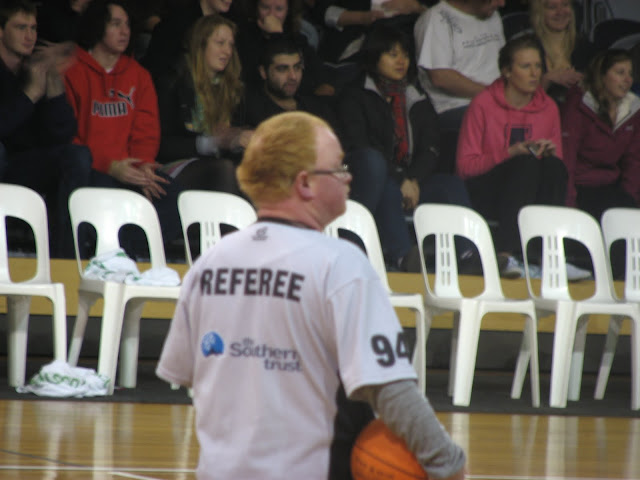 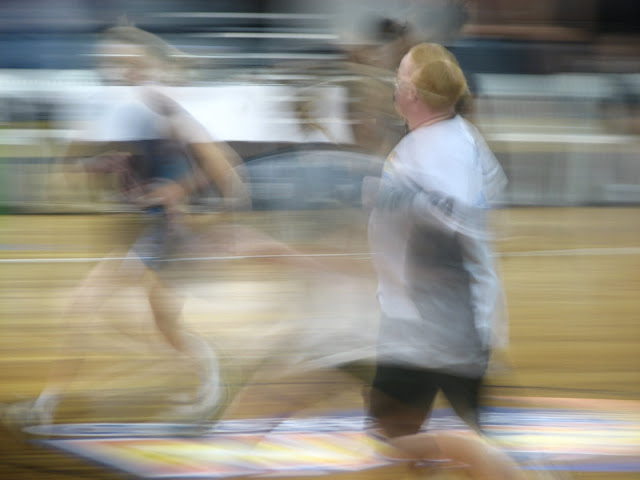 After not watching a B'ball game for some years, I noticed how much more the entertainment component intrudes. And I wasn't as cold - the stadium's heating must be a lot more efficient.
Strangely, I kind of missed the cold. And I missed bona fide 'Defence!' 'Defence!' calls - now it's a recorded chant blaring out over the sound system, providing us with the noise we used to provide ourselves.
I watched, was entertained and when the Nuggets lost, disappointed. Yet I felt removed; not as involved. Maybe it was all a little bit too slick. Even though progress makes things easier and warmer, sometimes it just isn't as much fun.

Really like the first photo, and how great that you had the camera on hand to snap it. I miss a lot of potentially good photos simply because I haven't my camera with me.

Thanks Anne - I was very lucky to have the camera with me, as I usually don't!

I know what you mean about missing the cold. Sometimes, making things too comfortable takes something away. Weird, really.