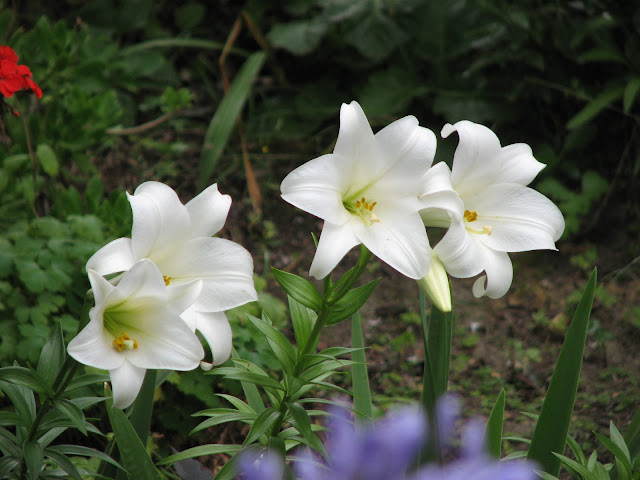 At least the garden is loving the rainy weather we've been having lately. From the kitchen window, these lilies look a bit like friendly faces saying, "Hello there!"

The weather today was really freaky - in our southernmost city we awoke to a heat wave of Singaporian proportions. Walking outside was like walking into an oven. But we didn't have to suffer for long; at around two o'clock in the afternoon the weirdness vanished, replaced by a more familiar cool southerly breeze and a misty drizzle rolling in.

I am going to have to up the advocacy for an aunty in hospital. She is nearly eighty years old and a 'Miss'. I suspect some of the staff at the hospital have labelled her as 'just a little old lady on her own' - certainly going by how two young medics were talking to her the other day when I was there. They looked about 18 years old and were more or less shouting at her, talking slowly to her as if she was a child. I have never heard my aunt being talked to like that. She is a funny, lively character, full of personality, talkative, intelligent - as sharp as a tack. If they presume her to be a bit shaky and dim, they have presumed wrongly.
She said that some of the doctors talk about her at the foot of her bed as if she's not there, then turn away without offering updates or info.
I feel like telling them that if they think they can dismiss this Miss, they've got another think coming. What they have on their hands is a woman who is an aunty to millions! an ex-teacher to thousands, who has two sisters and eight cousins and a mighty Southland tribe of staunch followers and friends prepared to drop tools and march up to Otago on her behalf at any given second. Oh yes. Believe me, they wouldn't know what hit them! 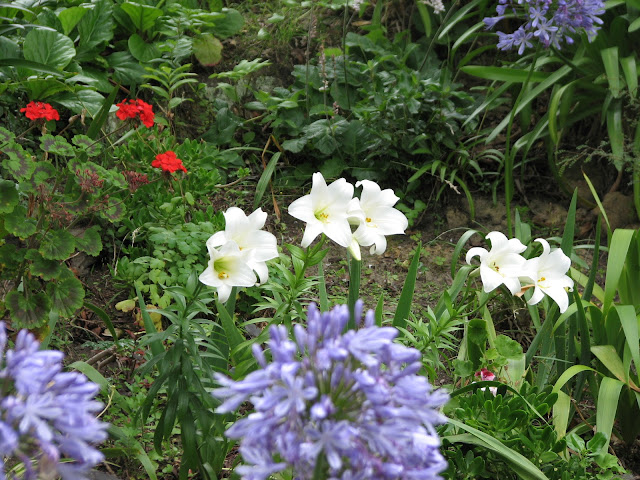 Excellent! Hey, have you seen the William Hurt movie, 'The Doctor'. Tis superb ... you might want to suggest the medical folk watch it. It's the first time I loved Hurt's acting and it's one hell of a powerful movie.

I've always hated the way that elderly people in rest homes get called "dear". It seems very condescending to me. I think we need a movement to bring back respect for the aged (in fact I think in Japan there is a "Respect for the Aged" Day)

oh how my heart sinks reading this. it is one of the few things that makes me both sad and furious.i know you will take care of your beloved auntie: honestly, it sounds like she's in the wrong place. not all facilities have a collective disrespect like that

A few years ago, I remember hearing a lot of noise from the medical schools about how they were going to train doctors who could communicate well with patients. It seems like, at least in this case, it hasn't taken, and I'm sorry to hear your aunt is being treated in that way.

Ah, thanks for finding me--and I hope all goes well with the auntie! I shall have to look at more of your poems when I have a stray pack of minutes...