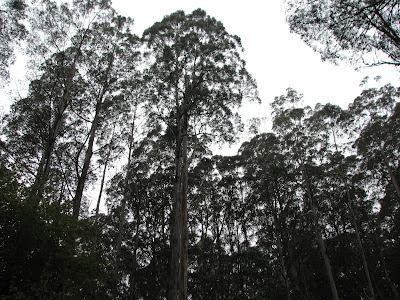 On Sunday we visited the Orokonui Ecosanctuary and walked through native forest (cloud forest) to where NZ's tallest tree is – an 80 metre high eucalyptus planted in the 1870s after a forest fire destroyed part of the forest. 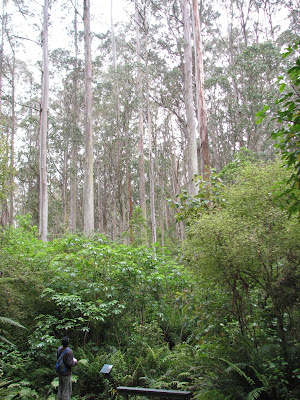 The sanctuary is protected by a fence that ensures the forest is pest free and the birds there are left to thrive. My day was made when we spotted a tiny rifleman, New Zealand's smallest bird; as small as the circle formed when you put your index finger to your thumb. The sanctuary has also recently obtained kiwi. We will be back to check them out once they're established. 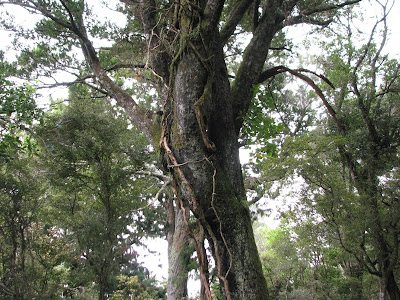 The day we visited, the place was wreathed in fog (a recurring theme it seems). It really didn't matter a jot as we squelched our way through the forest, taking time to admire the native varieties of trees – some as old as 500 years. 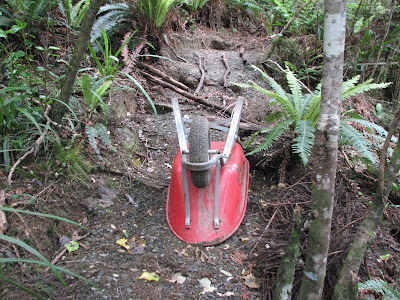 As we tramped along the well-maintained tracks, we passed about four red wheelbarrows, obviously used to carry the gravel for the tracks, but also to stop visitors from taking the wrong turn. It reminded me of one of my favourite poems – you know the one. http://en.wikipedia.org/wiki/The_Red_Wheelbarrow 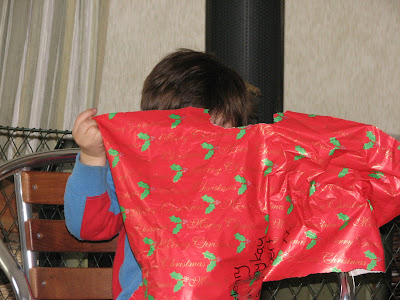 Well, not long until Christmas 2010. We are heading away from Dunedin to spend the day with Robert's folks in Queenstown.
Happy Christmas everyone.
- December 20, 2010 4 comments: 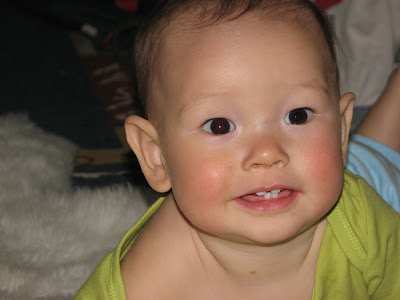 It's our youngest grandson's 1st birthday today. I look at him (as we did on Skype last night) and part of the question; where did the year go? was answered - into him. Wonderfully so. 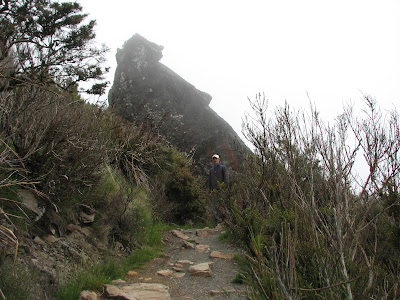 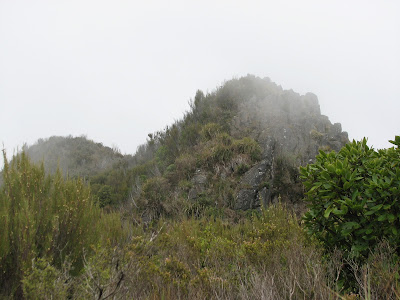 Yesterday we one-foot-after-another -ed it to the top of Mt Cargill, where it was misty and very cold and windy. 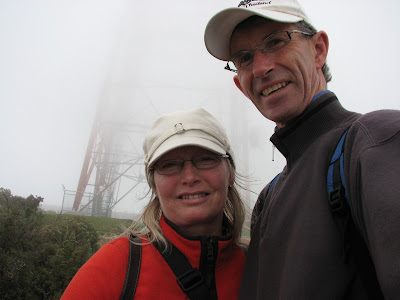 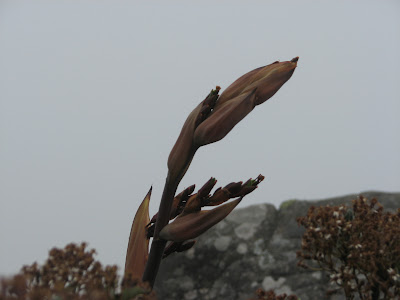 Eerie, misty fibres wafting among the rock and flax flowers. 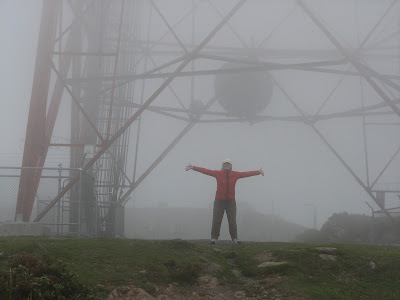 If it wasn't for the gigantic, satellite dish, we could've been on a set of Wuthering Heights. Because of the fog, we were robbed of the view laid at our feet of Dunedin, the peninsula, harbour and ridges surrounding the city. 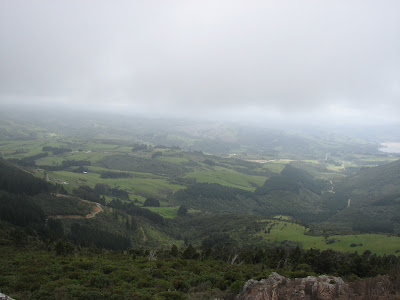 However, on the way down we detoured and were rewarded with great views from Butters Peak. 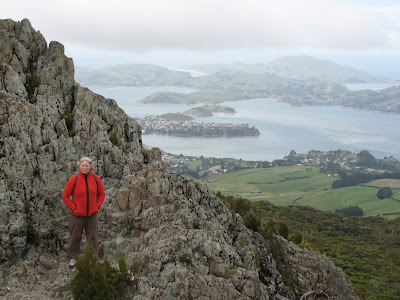 We also went farther around to have a look at the Organ Pipes. (The tenth - or is it the eleventh? - wonder of the world … ). Kidding. 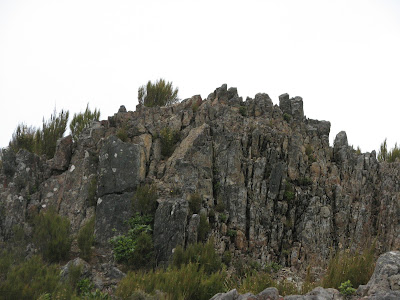 But it is an amazing sight in its own quiet way, especially if you ponder on what it demonstrates. The sight is of a scree of fallen rock under a higher row of pillars (much like the pipes of an organ, I guess). It is a result of volcanic activity here, millions of years ago. 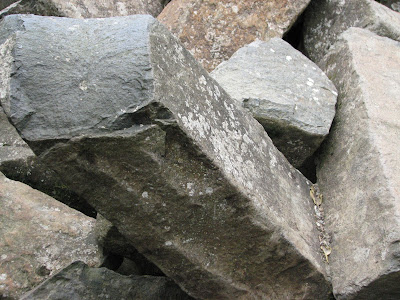 This particular type of rock, when molten, has cooled down at exactly the same rate all around, cracking and splitting into uniform shafts. Most of the rectangular, granite blocks have tumbled down into a heap like a spilt box of giant crayons. (Thanks to my husband for the scientific info.) 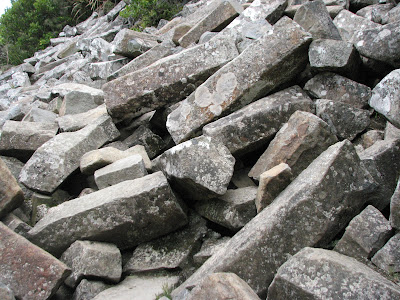 Some young people arrived as we were standing at the bottom taking photos, and proceeded to take off their jandals (yes, they'd climbed Mt Cargill in jandals) and clamber barefoot over the whatever-million-year old muddle of morass, right to the top - or so I presume; we left before they'd finished climbing. 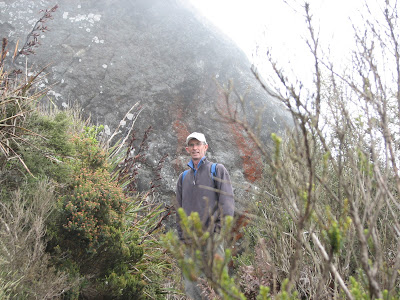 On our walk up Cargill, we passed a family, he pushing a stroller with their two-year old aboard, she with a baby in the front pack. By the time they got to the top, the stroller was missing a wheel and they were heading off into the mist for another route down that was more stroller-friendly. I admit to having qualms – especially upon seeing the baby's bare foot poking out from under the blanket draped over it. (It was chilly up there with the strong wind and mist). But as there have been no reports this morning of a family found dead from hypothermia on the slopes of Mt Cargill, I guess they made it. Other people were running up the hill (okay, here I confess, Mt Cargill is not actually a mountain, it's more of a hill). 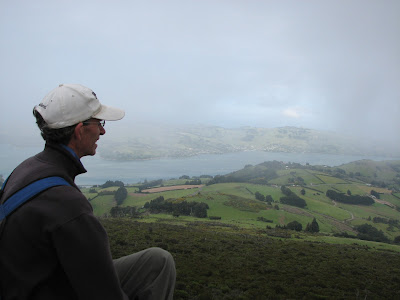 Next walk we go on, we are going to take our bird and plant identifying booklets and the binoculars. When we got back home I checked my phone to find a text from a friend saying – 'Was it today we were meeting for a coffee or did I get that wrong?' Oops. 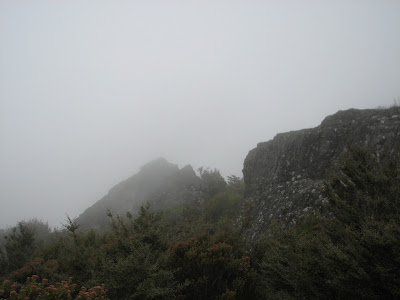 Why this urge to climb hills? Well for one thing, it's good for the heart. Another thing, I guess, is for that feeling of achievement. A rare and wondrous thing, a sense of achievement. I would walk 500 miles for it and then walk 500 more. (Maybe). 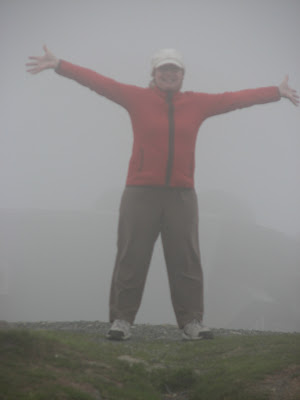 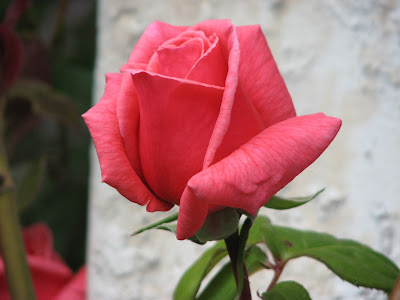 In our garden Saturday morning, I saw fuzzy-bottomed bees nosing the cotoneaster, and as I sat there, my bare feet warm in the sun, a moss-coloured waxeye came within an arm's length of me. With its white-bordered eyes entirely focussed on the flowers alone, it was unaware I was even there. Lucky I wasn't a cat, or that greedy little fellow would be long-gone.

And at that moment,  I admit it, I was perfectly, completely, deeply happy. It puzzles me why this should feel like an admission to a guilty secret. 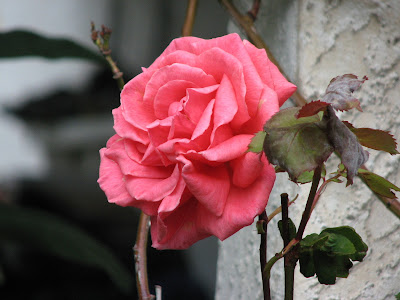 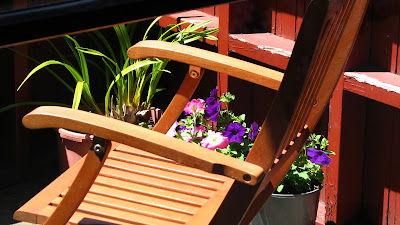 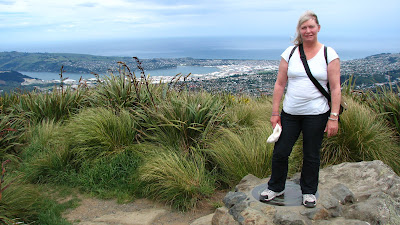 At the top of the Pineapple Track, on Flagstaff, where there are no pineapples, but a view. That was last Sunday's walk. 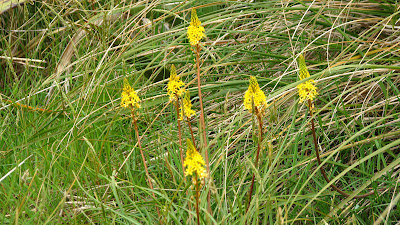 A question for Dinzie - what are these flowers called (some sort of tussock?) 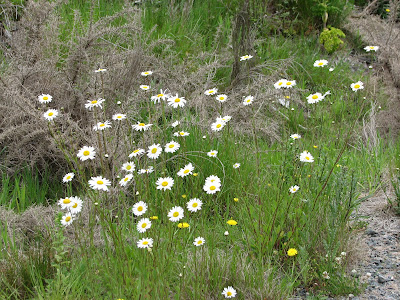 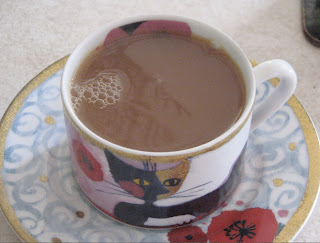