In my part of the world, we are now deep into autumn. 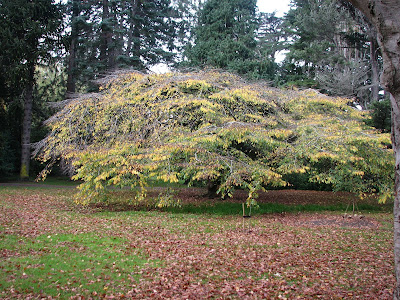 Today (Saturday) I went out and about with my camera, heading away from the southerly, coastal atmosphere of the suburb where we live, north towards North-east Valley, a valley which leads out of the city into the hills that come between Dunedin and its more northerly beaches.
I stopped at Chingford Park, a peaceful place full of established trees and where the basalt Chingford Stables building nestles like a forgotten, old uncle. The stables were built in 1880 and at one time housed Dunedin's businessmen's horses. The building is now used for private and public functions and is a popular venue for wedding photos. 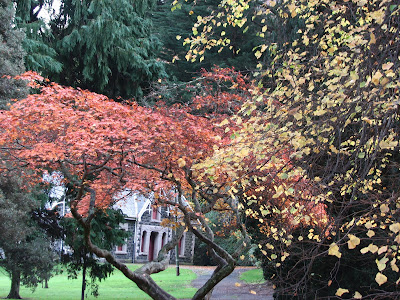 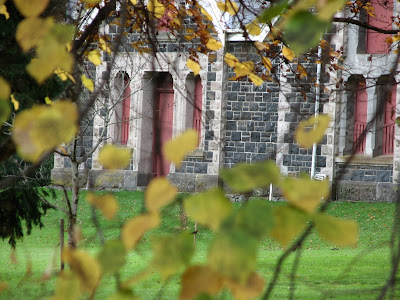 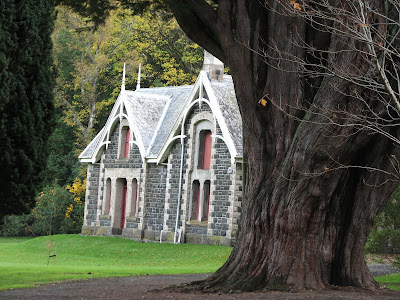 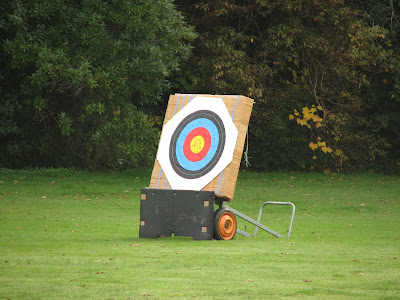 Chingford is also where the Dunedin Archery Club has its centre. 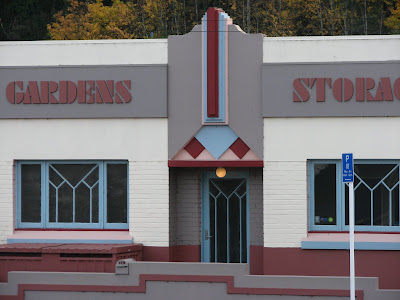 This is one of my favourite Dunedin buildings. Very art deco. Situated on North Road, it was Snow-White laundries a few years ago, but is now used for storage. I don't know what it was used for originally. I like the way it has been painted, but think it's a shame it isn't used for something more interesting than a laundry or storage facility. 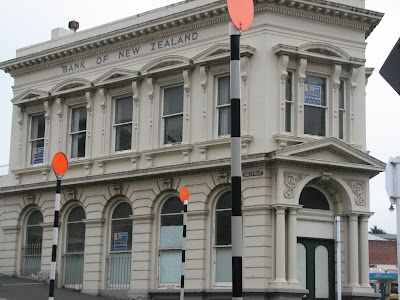 I then headed out to Port Chalmers, Dunedin's port. It was mid-afternoon, but a clingy mist had crept in over the town with its historic, stoney buildings, so that it appeared (as it often does in my experience) cold, quiet and closed. This town is determined to give me the cold shoulder. There is a stubborn element of the arts and crafts in Port, which seems to fight to maintain a profile among the more established machinery, scaffolding, iron struts and grunt that is the stuff of a solid, stone-and-mortar wharf. Maybe any symbiosis that exists between the coffee culture and the worker has yet to fire. Although, from what I saw today, the grey will always threaten to swallow any spark. 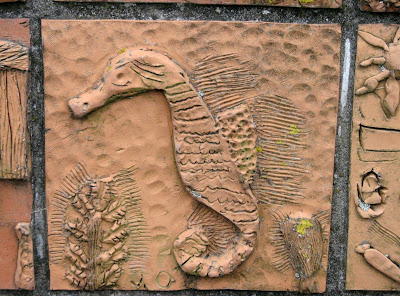 I was taken by the artwork of local school children set as fired, clay tiles in a wall around Port's war memorial. I'm rather fond of seahorses and this one in particular conveys that sad, facial expression they carry of a distracted, careworn air; no doubt a result of the suffering involved in always having to remain upright.
- May 15, 2010

Ah, that poor dejected-looking seahorse, Kay! But (s)he speaks volumes, too. Imagine never being able to lie down?! We'd wear the same expression.

Chingford Park is beautiful at any time of year, but especially during Autumn. I have friends in Christchurch who speak of Autumn as "Leaf Scuffing Time' - they make a purpose of creating outings specifically for scuffing. Thermos underarm, home-maked bikkies... Your pics make me want out to Chingford or the Bot. Gardens to scuff.

You've so captured the mood of the season, and reminded me of nooks I haven't visited for years ... I like your avuncular stables!

Ah beautiful. Fall colors are so so so pretty...

Claire - Early mornings have a lot to answer for! A leaf scuffing expedition sounds like a great idea - grandchildren in tow! :)

Pen - It's an amazing place ... I hadn't been there for years and then twice in a short space of time - as if something was calling me - maybe the avuncular stables?

Agnes - Thanks. I love seasons!