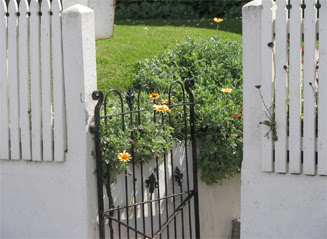 Coffee, a look at M's paintings up on the upstairs wall at the 'Starfish' cafe in St Clair, and M&K's long-awaited wedding reception (Part two of their wedding which took place six months ago) have been the highlight of this long weekend.
For me this long holiday-weekend is going to be even longer, as I am not expected back at work until Wednesday. Surprisingly, despite having time to write, read and relax, I am not best pleased. This new job is fantastic - the only hitch with it is that there isn't as many hours as I was led to believe. I thought it was a forty-hour a week job. It is far from that at present, which rankles. I want to work. I am ready and willing and fit. I am free of family commitments. I am set and ready to go. Being short-changed on hours frustrates and disappoints. 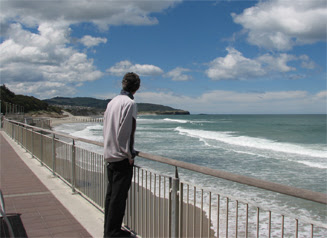 I feel hoodwinked. However, the tourist season has yet to kick in, plus the Centre's Observatory is actually closed to visitors until the birds have settled on to their nests, so the hours apparently aren't there until late November. 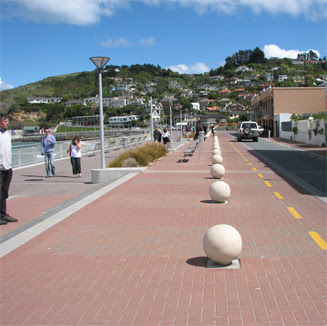 Which is fine in itself and reasonable - but I would've liked to have known that before I accepted the job and abandoned the full-time job I did have. 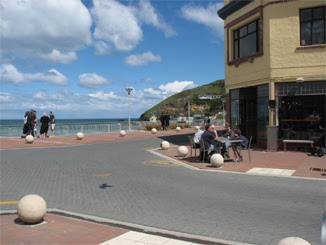 Anyway, today I will spend catching up and learning a little bit more, and memorising the facts, about the old Fort that we take visitors around. (All unpaid research, albeit fascinating.) 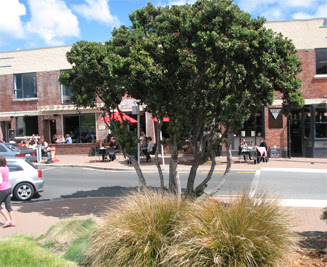 It is very windy here today with gale force winds. C. heads back to the West Coast with his orange kayak attached by rope to the roof of his car. I hope it's tied on securely as it's likely to take off otherwise.

M&K are having a belated honeymoon, and are also taking off (hopefully not literally!) with their tent. The forecast is for the wind to have passed over these climes by lunch-time, so all should be calm and peaceful once that happens.
And we have been left with Jedi to take care of. Jedi's not sure about this. 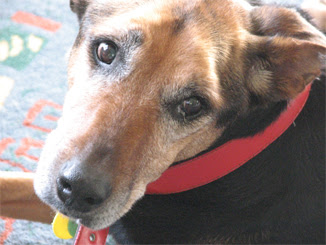 She has grown very old over the last six months, and is not quite the same spry, inquisitive dog she was six months ago.
Now that the house has emptied again, I am left here with Jedi and my music - I have a 'K's Special Mix' (ha-ha) - a handpicked song-selection which I'm playing from iTunes. At the moment, 'Bittersweet Symphony' is on, a song which takes me right back to winter 1997 and a warm kitchen and me peeling spuds for dinner for a family of four (we had Yuki from Japan staying with us that winter.)
To be followed by the Righteous Brothers' classic, 'Unchained Melody', followed by 'All I Need Is The Air That I Breathe' by The Hollies, 'Immigrant Song' by Led Zeppelin and 'Kathy's Song' by Kate Bush .... Whaddya mean I'm a obviously a product of the fifties and sixties? Is it that obvious? (I do have a Foo Fighters song on the list as well - does that help?) But then any gain that gives me is probably lost by 'Your Cheatin' Heart' by Hank Williams Senior and Jimmy Durante's version of 'As Time Goes By'. (Music choices are very subjective things.) 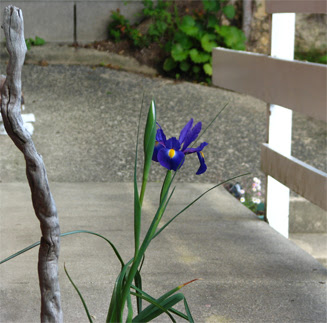 Time now to do some writing. Inspired by Amy Clampitt - and some AA Ammons that I read this morning, I think I will write about what I see from out of my window. Strangled tape/ in a lurid, green/ tree, writhes, / forms cryptic shapes ...
- October 23, 2007

Awwww! Jedi is so cute!

Speaking of employers... :( I have have a couple of jobs where I wasn't able to get the hours I wanted. I have also worked for an unscrupulous company who wasn't honest about the work I would have to do.

You never really know about a job until you have been there for a while.

I hope you get lots more hours from November - although maybe the ideal would be to be paid for not working, then you could have the writing time and the money, both :)

Delightful post, though not delightful about the employment aspects. I suppose all you can do is hang in, at least for now.

Unchained Melody is the BEST....I belt that one out at the kitchen sink sometimes.

Sorry to hear about the hours fiasco ... but hopefully things will pick up. Can the little darlings not be pushed into nesting sooner? ! :-)

Ahh, Bittersweet Symphony ... I absolutely LOVE that song ... even though it's quite depressing in parts!

It was funny to read about something frutrating for you but then to be led through those lovely images. :-)

What a lovely post. I'm thinking you have a really great job. Nice blog.

I find that too, I have extra time on my hands...and keep facing backward..instead of moving forward.

I was supposed to be training harder..and that has not happened yet.

But I swear I had a plan..I just forgot where I've put it.


Let's vow to enjoy it while we can...for when the shift comes..and you know it will...we'll find ourselves digging in to find just a spare moment.

Pet that sweet dog for me.

64 B - Yep. So right. Oh well ... they are the losers at the end of the day, as they haven't gained their employee's respect.

catherine - That sounds great - should I have a word with Helen?

becky - yes I have decided to hang on in and hope for something else maybe to bolster the income in the meantime - a best-seller???? ;)

shameless - Yes, the bitter and the sweet! ;)

mrs g - Thanks for dropping in! and the compliments. You can come again!

wendy - You are so wise my friend. Yes I will give Jedi a pat from you - she loves any extra fuss & attention!

CB,
The job hours may prove to be just right for you as time progresses. But I can appreciate the frustration of getting incomplete info from the get-go!
rel

Hi! Hopefully your job thing works out.Jedi is very cute. One of friend's has a Great Dane. Love dogs actually! :) Liked the little poetry towards the end and pictures are great. Unchained Melody...! :)

What a fun little trip! Sorry you were hoodwinked about the hours of your new job. I hope it all turns out for the best.

Jedi's beautiful. Give her a hug and a pat from me!

Hey, are you doing NaNo as well as NaBlo? Whoeeeee! I am already tired....

rel - Yeah you're right - but it's the dosh!
O gosh,
all that dosh
I could be earning
is a yearning
I cannot be denying
despite vain attempts at trying!

pepek - Oh yeah ... where was my brain Pepek? We'll see how it goes anyway.
Radiohead's great ... I should get some of that on to my mix as well.