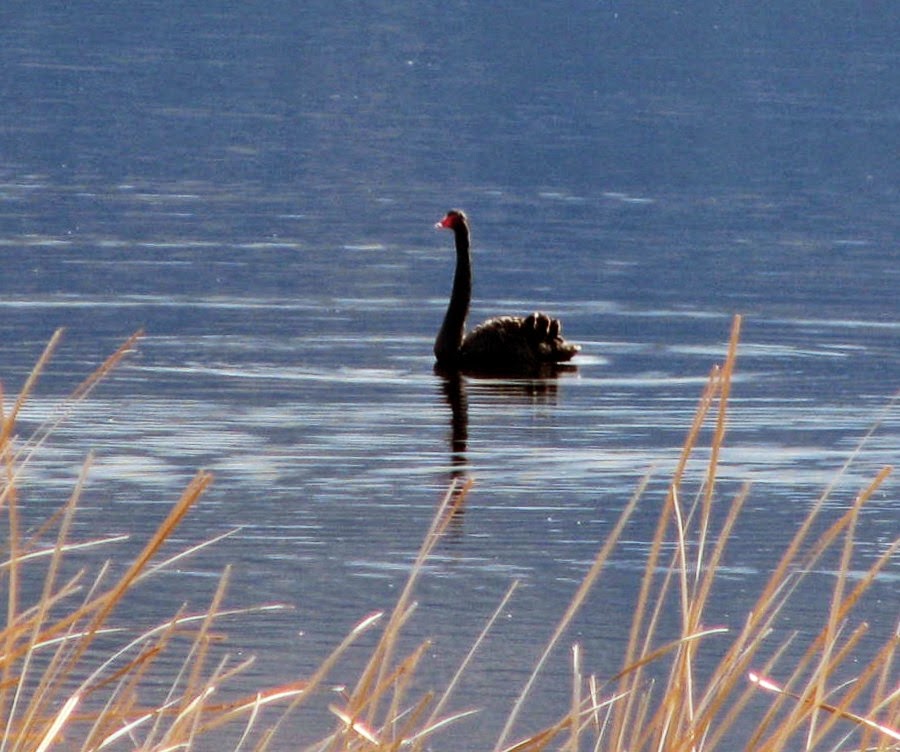 
Over the past few months after my mother's death, I jotted down some of the random thoughts that occurred.
Here are a few of them:

When Your Mother Dies

It feels like my tendons have been cut. I feel disconnected from what used to be normal

When my mother died, an integral part of my world died too

Mum's death is the biggest one yet. My dream of a tsunami – the biggest and highest one I've ever dreamed - is an indication of this. “Look, it's as high as the Longwoods”.

It's a sudden cold wind / that chops at the waters where memory harbours / and tugs at the rope that tethers and steadies. / It is a grey slap of grief that rocks the heart.//

The grief I feel is a primal grief. A child's for its mother. Deeply sub-conscious, one can never prepare oneself for it.

It's a subterranean yearning for the return of that safety a parent provides. It is wanting the world that a parent has created for you, to be restored.

My sense of place has been profoundly disturbed.

Sadness overwhelms because I miss my mother's presence in the world. It seems that nothing can mend the rough, torn hole she left behind her when she left us.

The grief comes in waves.

Is it cataclysmic when a parent dies? It feels like it. Or am I going all weather-news reporter?

The trick is to calm the pain of death's finality and its unbearable sense of separation, with any present joy provided by those nearest who are vital; still very much alive.

When your mother dies you become a kid again. No matter how old you are. A kid whose mother has left them and who just wants her to come back. A kid with an adult's realisation of death's finality with no buffer of innocence or ignorant bliss to protect against the crush of grief that keeps washing in.

I create a timeline. She's a slim, young woman twenty-five years old, with curly red hair – my very earliest memories of her. Then a less slim mother of seven children, who cooked, baked, sewed and gardened. Who fed the hens. Hung out the washing with wooden clothes pegs. Who sang as she worked. Who was harassed and crabby just about as often as she was fun. Then as a too-young widow at 38 years old, she was like a crying child needing her own parents to lean on. Later, a grey-haired nana. Still later, a friend on the other end of the phone, making me laugh. Finally an old woman, a great-grandmother, more daunted, moving more slowly, feeling tired but with her sense of humour still intact, still doing crosswords, visiting Facebook daily and undeniably, still my mother

Things start to draw in a crowd of memories. The clock. The yellow bed jacket.

Today gaining the light to ride the wave.

So I just have to go on without you?

I'm dreading this day myself. Your words remind me how special she is. Irreplaceable...and yet my birth mother has become special too. I fear I must face the loss twice now.
I'm glad you have family to remember her with
F

That is a sentiment close to my heart too Fi as my daughter will have two deaths to grieve - a birth mother and a mother.

Oh Kay. It's so hard. Wish I could say something to make it better. Having lived through it, all I can say it does get a bit better with time… they say time heals all wounds -- truth is time turns wounds into scars… then we learn to live with those scars. I think of my mom every day but it's been so long it no longer hurts.

kay, i read this yesterday and found it so articulate--what the loss of your mother, a mother, means.

the timeline is so beautifully said. a gem, kay.

my mother will soon be 99. she has forgotten my father and sometimes thinks i am her sister betty (i don't mind). but what is clear to her is her call for her mother. the aides tell me she calls for her in her sleep, and sometimes when i visit she is looking for her.

it must be a primal silver thread.

for you, kay, i hope for the time when your memories don't hurt. sometimes events and losses just hit us so hard. and when they 'pass', we are sadder, the wiser, but still, our precious selves.
i don't know whether to advise you to rest or to push, so i will just say i am glad to hear from you and you are wonderful

A - Thank you sweetie. I love what you say about the hurt becoming a scar you live with. I've lived with the scar of my father's death when I was 15 for many., many years now. You are so right. Mum's death is still pretty raw, but it will soften as you say. I guess i don't want to rush the healing process. Don't want a septic wound! xx

kj - You always comment so eloquently my dear friend. Thanks for your words - I appreciate every one of them - so wise and pertinent. Thank you! xx