There's Life in the Old Girl Yet (Orepuki) 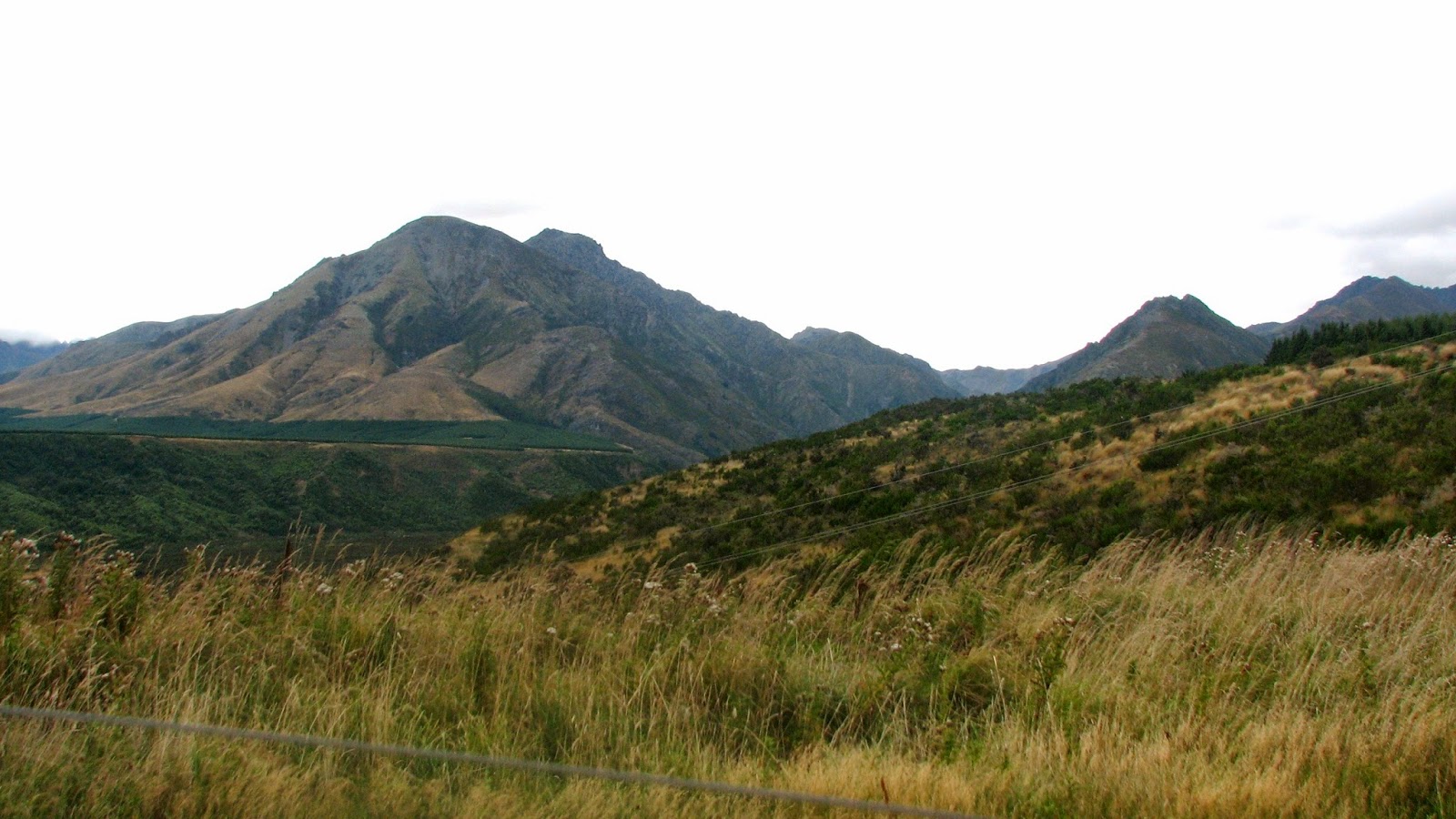 Travelling from Te Anau to the south coast involves driving part of the way, cheek-to-cheek with the ruggedy old Takitimu mountain range. 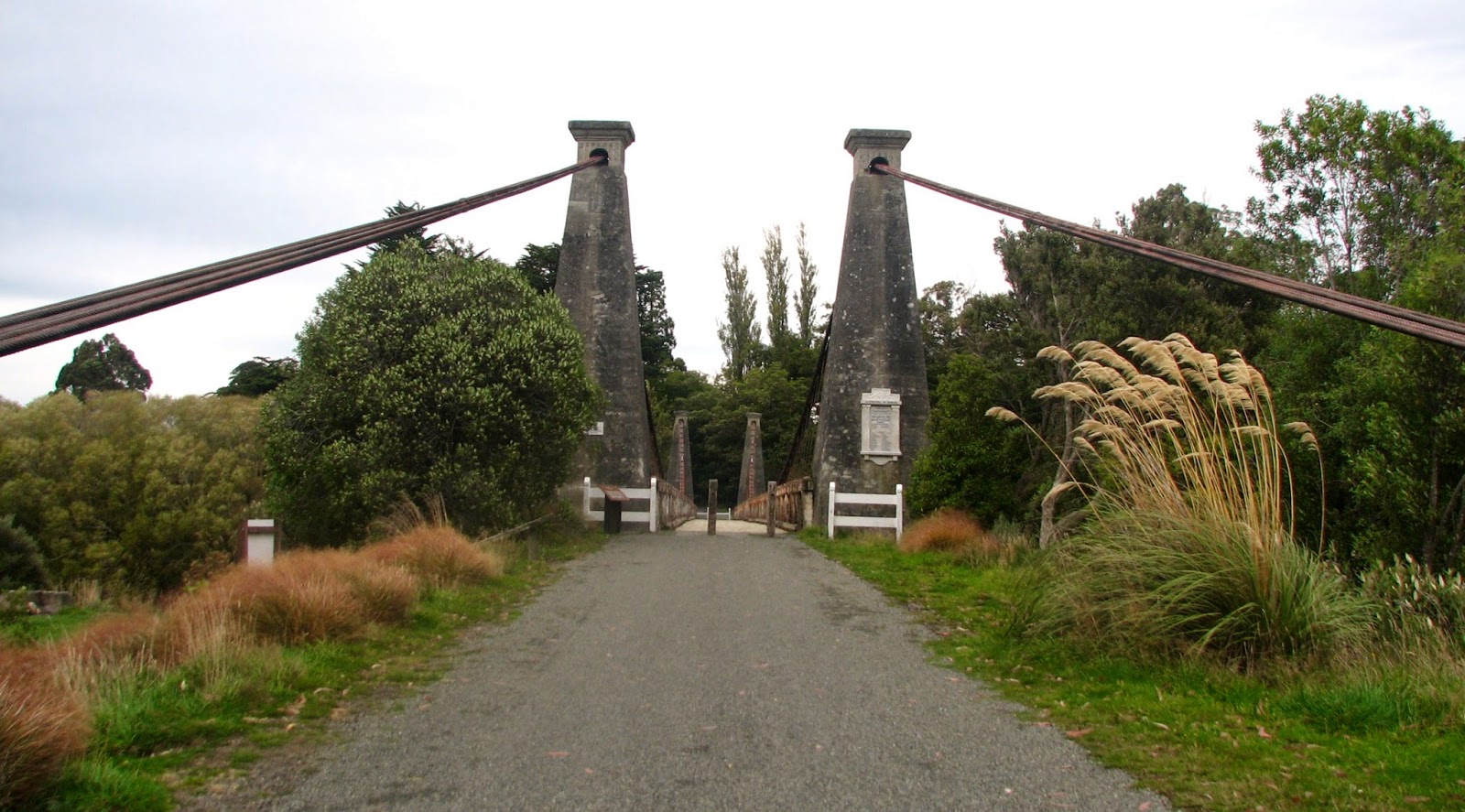 I stopped off at Clifden Bridge - a notable (the first in fact) suspension bridge over the Waiau river. The bridge has been classed as 'a New Zealand engineering achievement of outstanding heritage significance'. (Is it just me, or is the syntax a bit off there?) 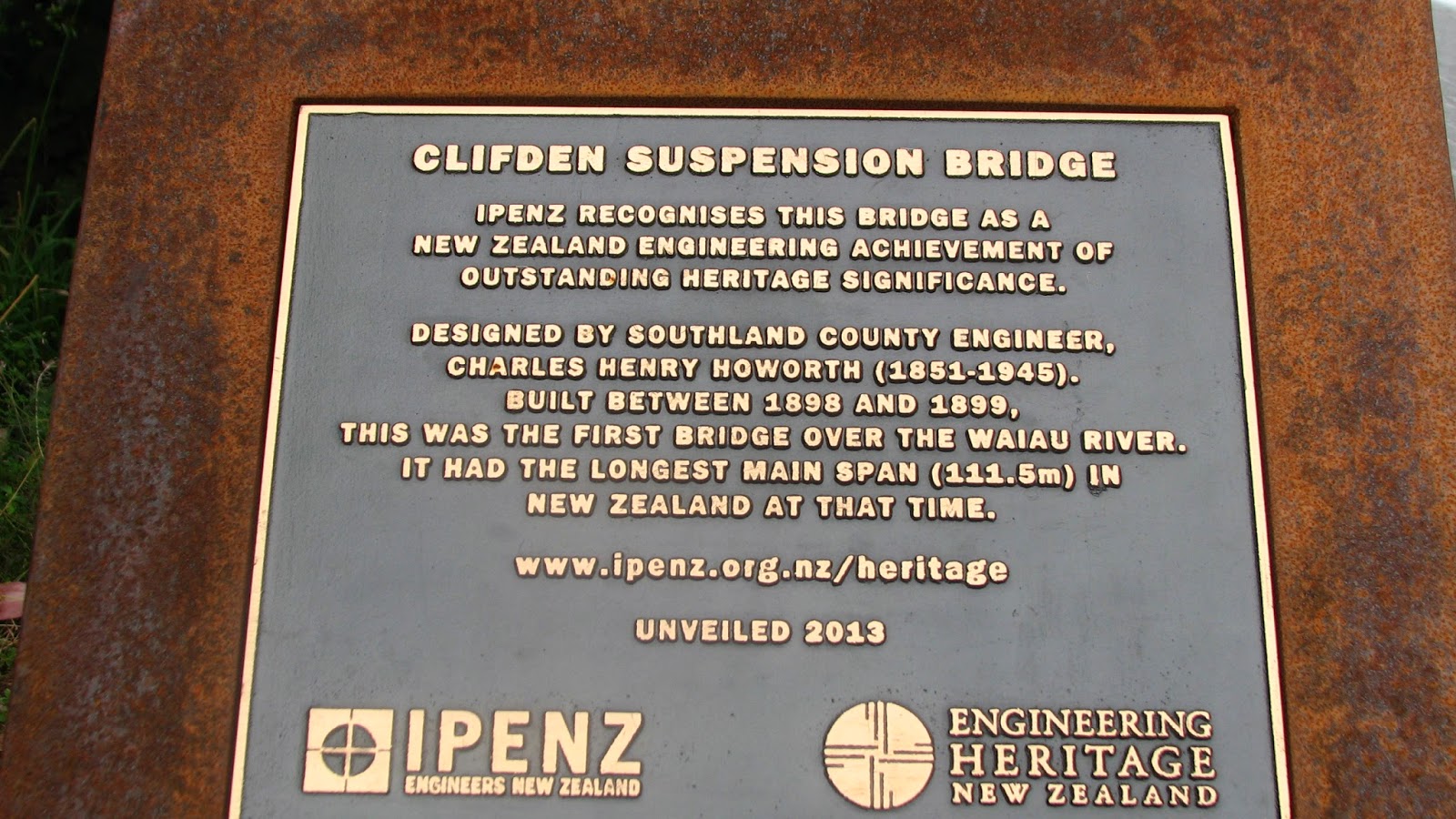 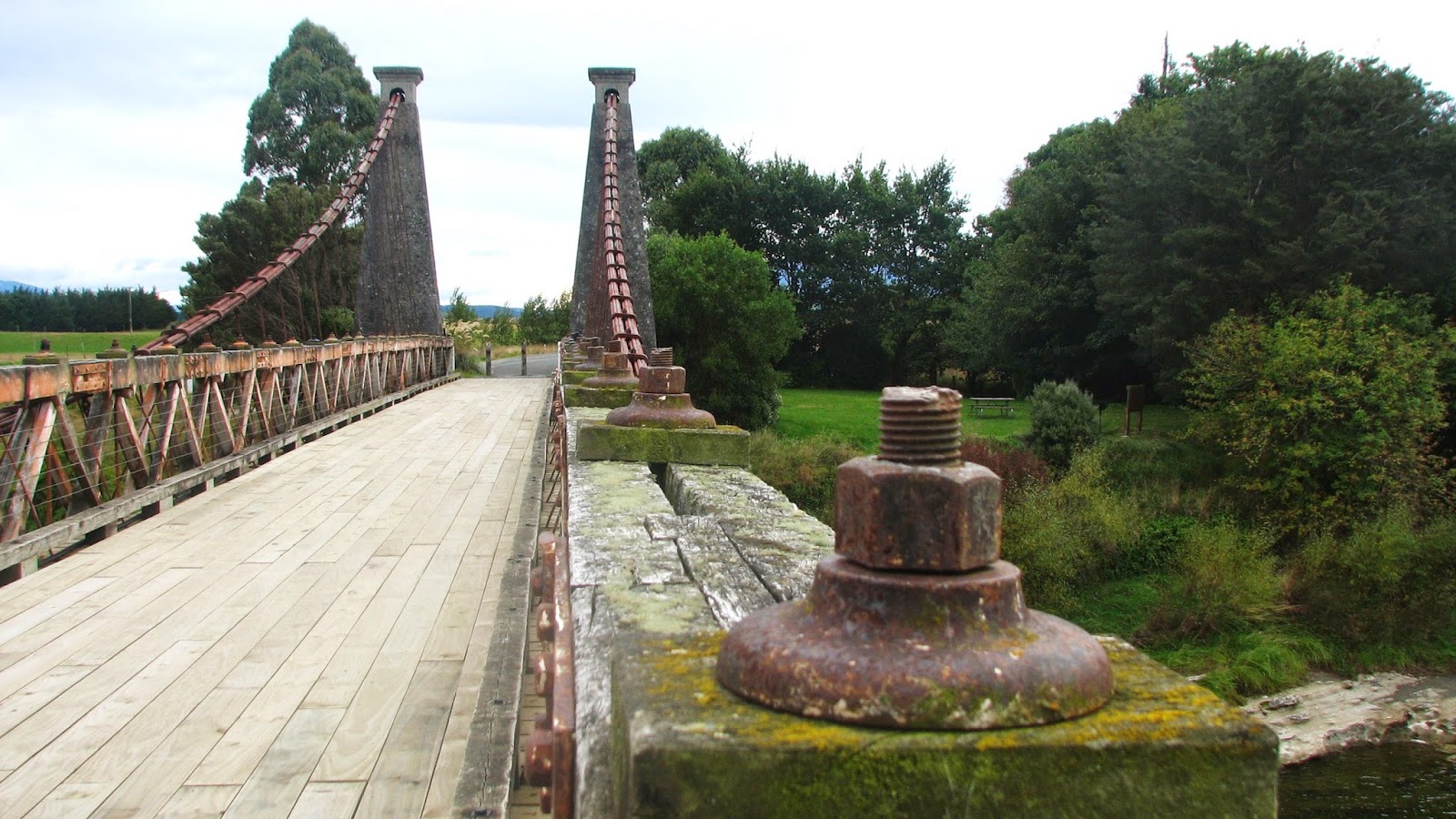 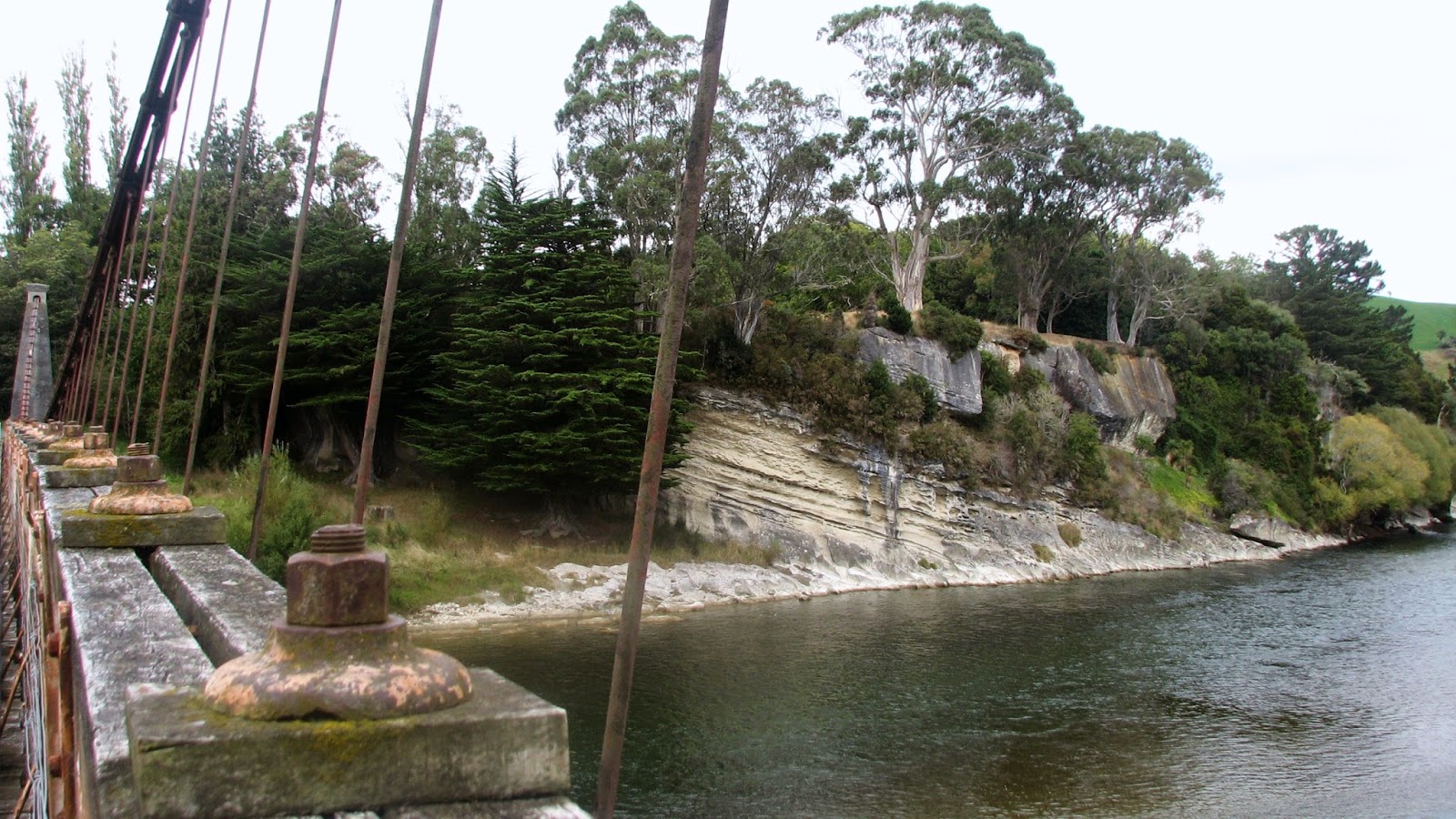 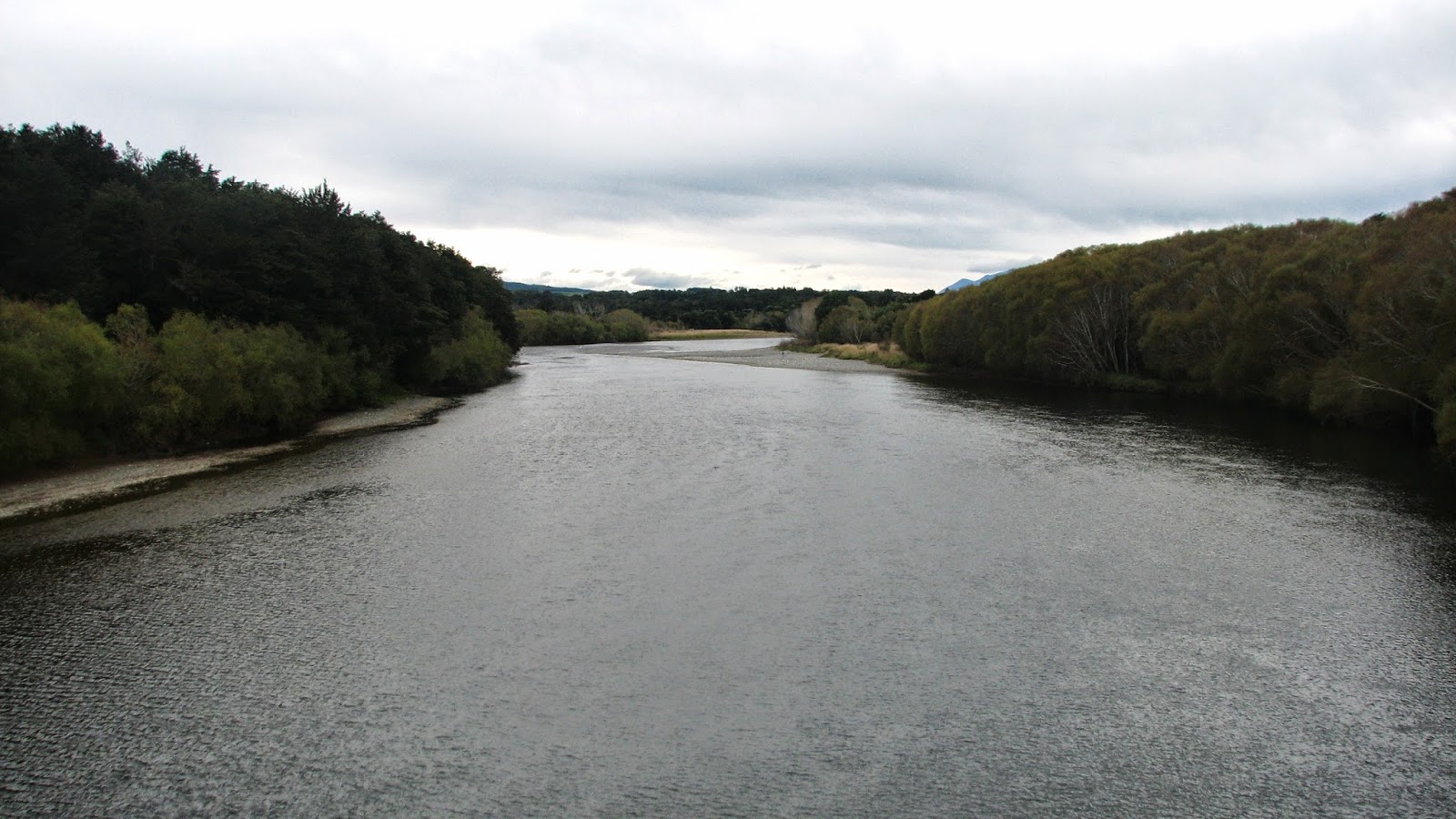 Farther south, at the town of Tuatapere, the Waiau river makes its final leap to the coast. 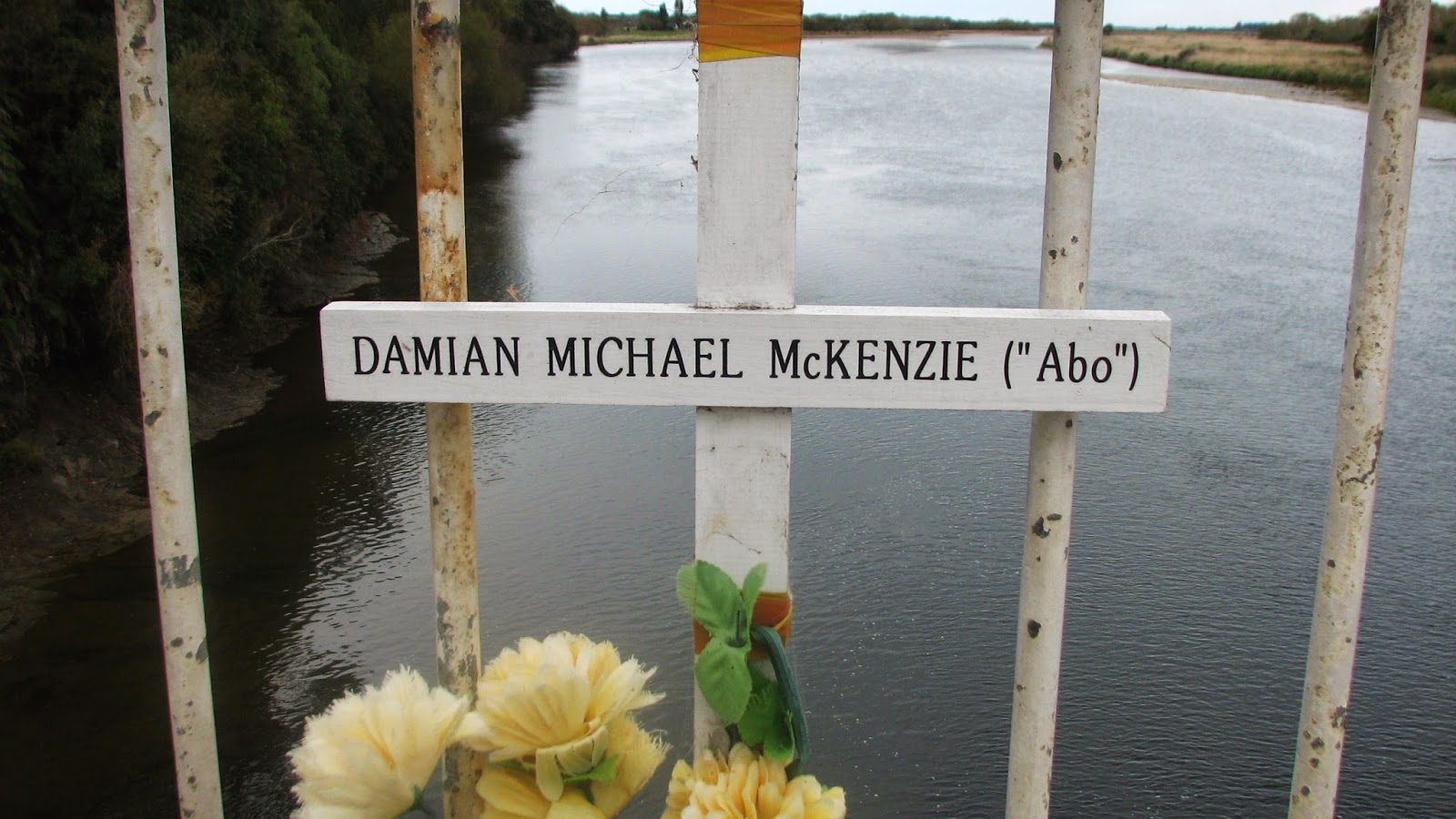 Sad to see this on the Waiau bridge - about seven years ago a relative of mine drowned here on his 21st birthday. 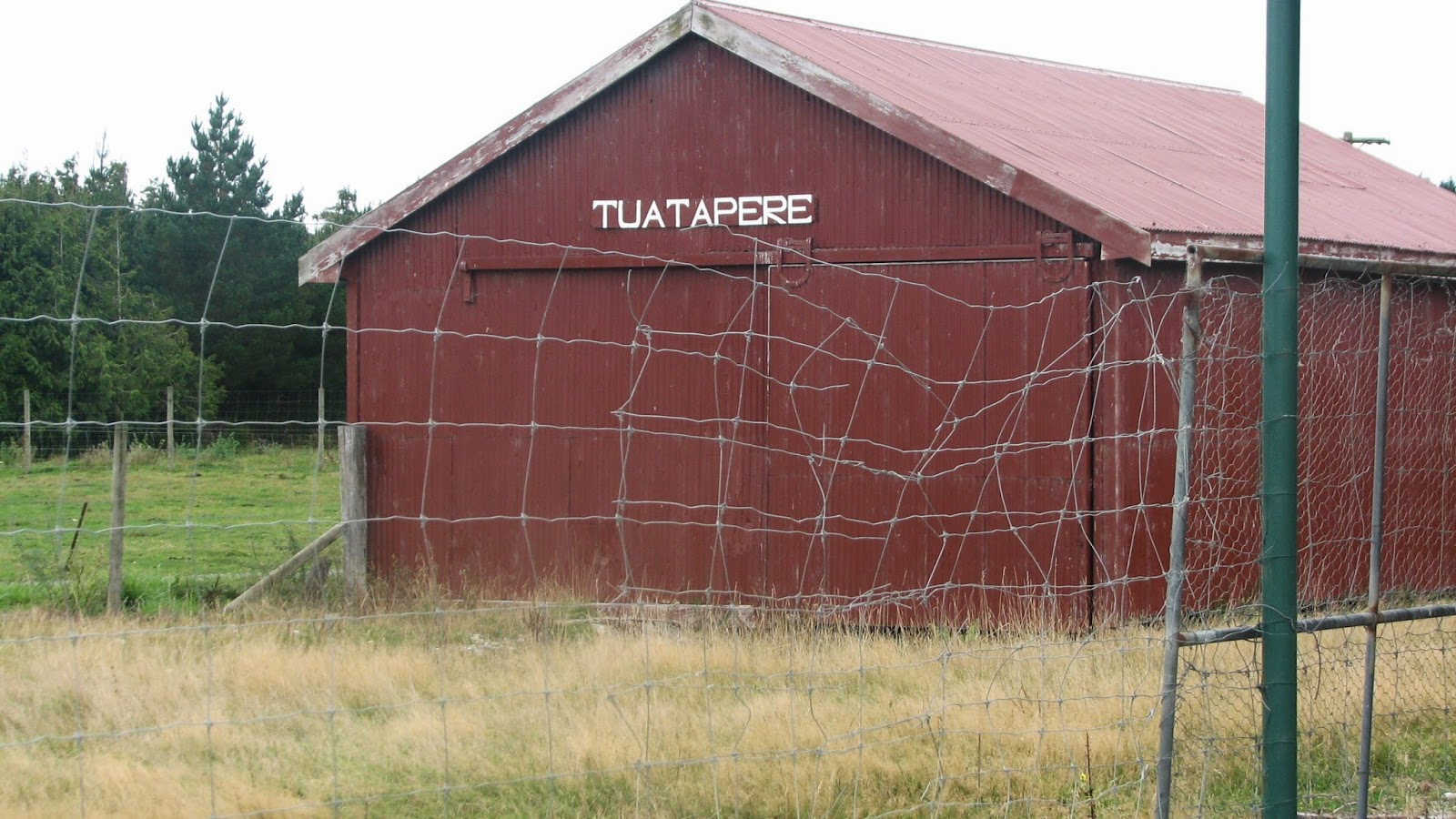 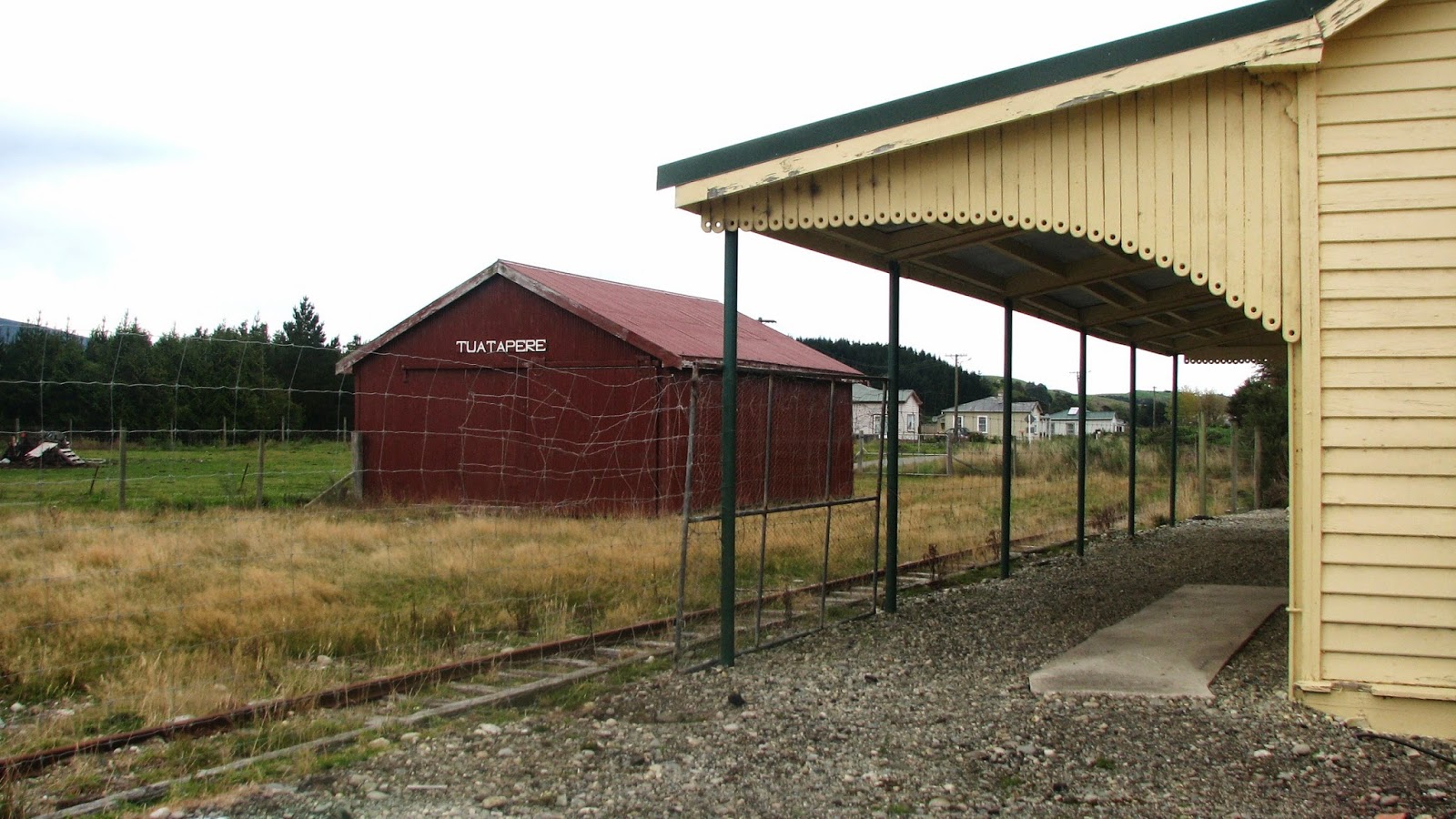 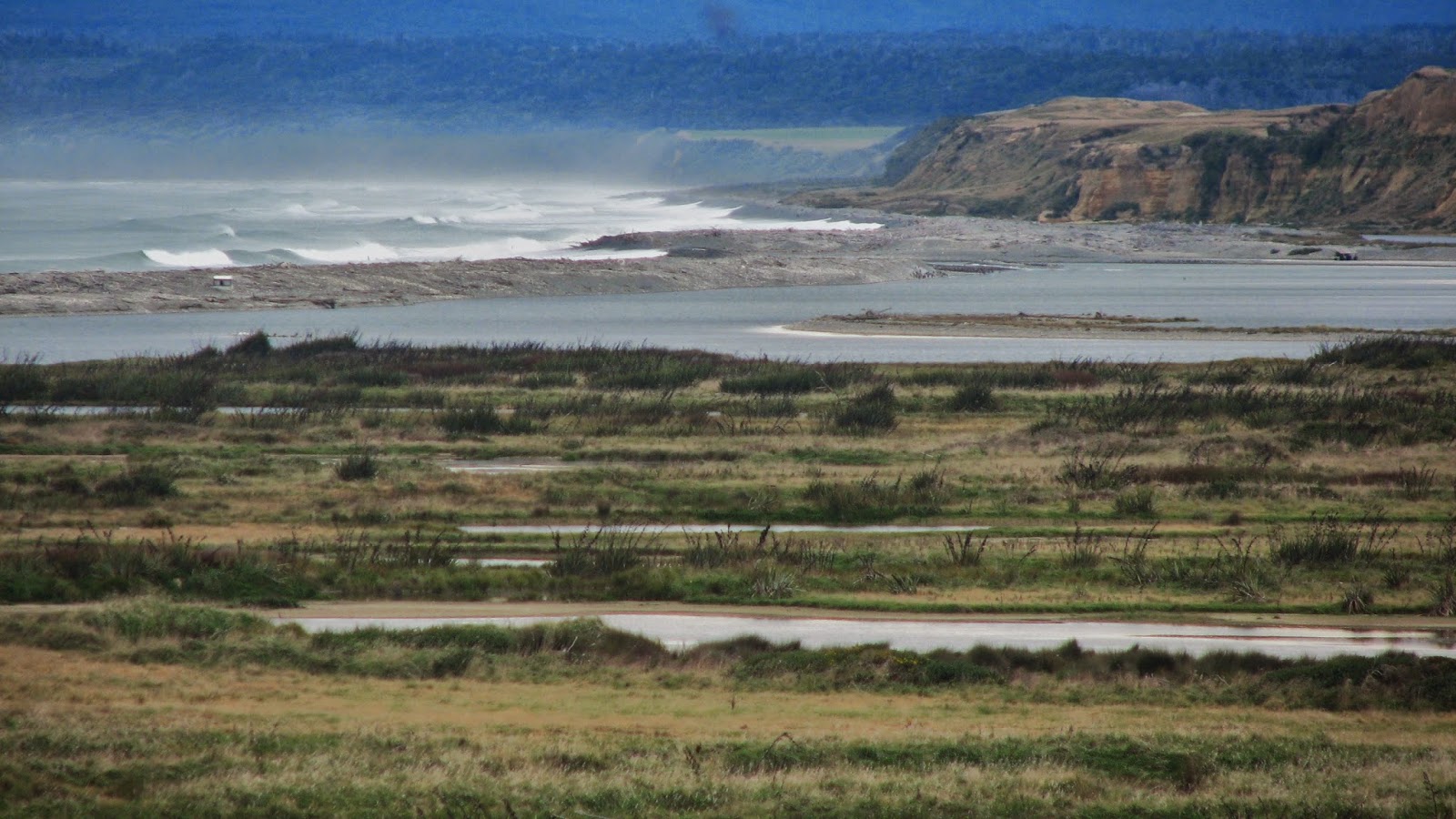 Te Waewae Lagoon on the coast between Tuatapere and Orepuki.

After a little wander around Tuatapere (partly looking for, and failing to find, the maternity hospital where I was born) it was back on the road again, heading for the coast and Orepuki, the town where I lived for the first ten years of my life ... 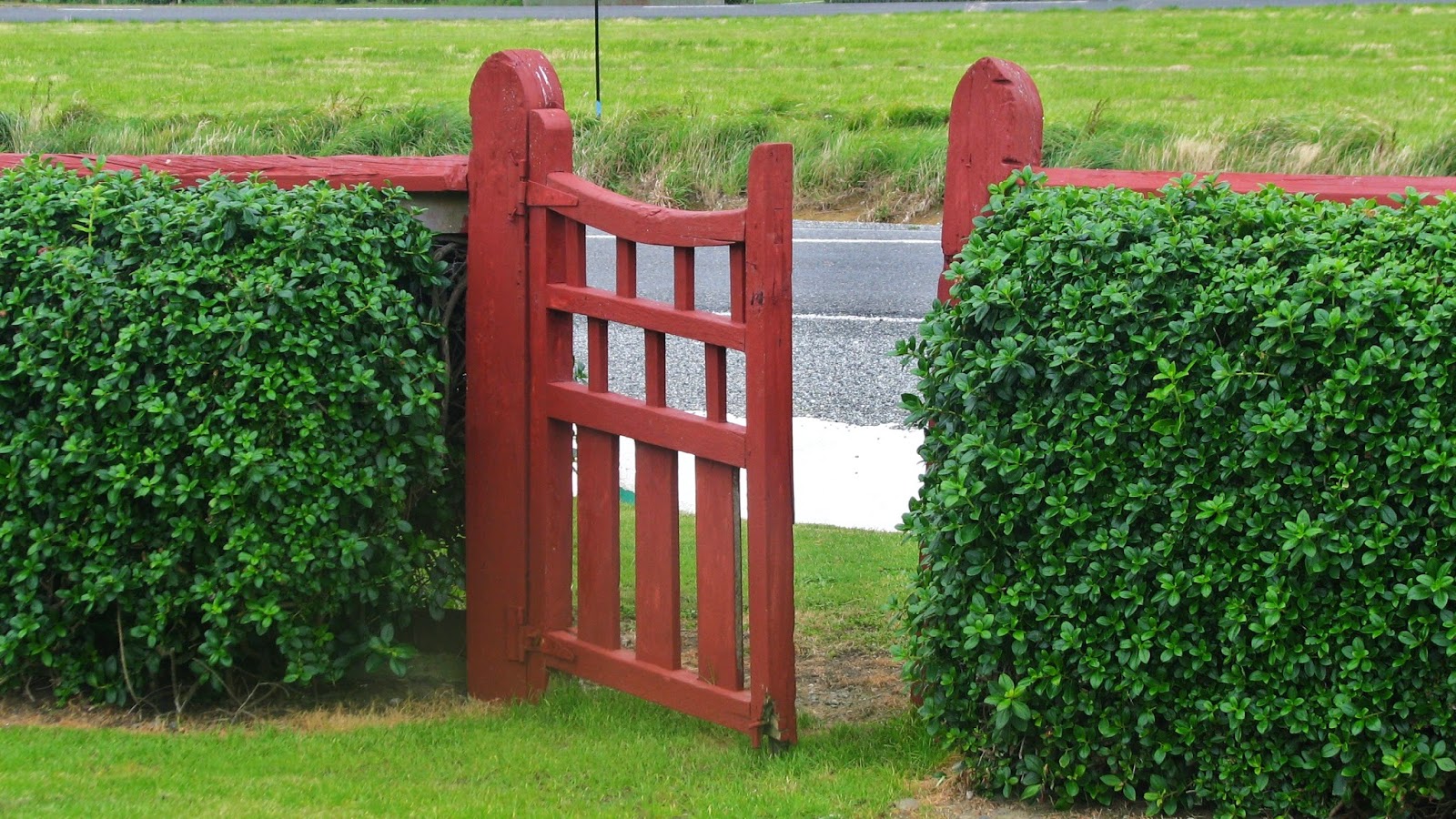 And continuing with the gate theme ... (see my previous post)

I was really looking forward to stopping off at the new restaurant that has recently opened in Orepuki, mainly because it was my Great-Aunt Mary's old house, a 100-year-old (or thereabouts) wooden villa that has been restored. She was Mrs.Mary Simpson, the daughter of my great-great grandfather, Henry Hirst, a Yorkshireman who founded the original township of Orepuki (calling it Hirstfield).

My Aunty Lorna is also looking forward to visiting the cafe. She wants to tell them that they should have called it, 'Aunty Mary's'. That's what the family on my mother's side have always called the house; we'd struggle to call it anything else.

Mum remembers the gate (in the photo above) well, as she went through it often when visiting Aunty Mary, delivering her mail and sometimes staying to have lunch. She also remembers the people who lived in the house before Aunty Mary lived there. She told me the owners owned a parrot which sat on the gate and spoke to people walking past.

And Aunty Mary also sat (not on the gate!) but on her front porch. From this vantage point she could see what was going on in the town and call out to people going past.

I also remember being with my mother once when she visited Aunty Mary, who was in her 90's by then, dressed in black; a rather formidable old lady. 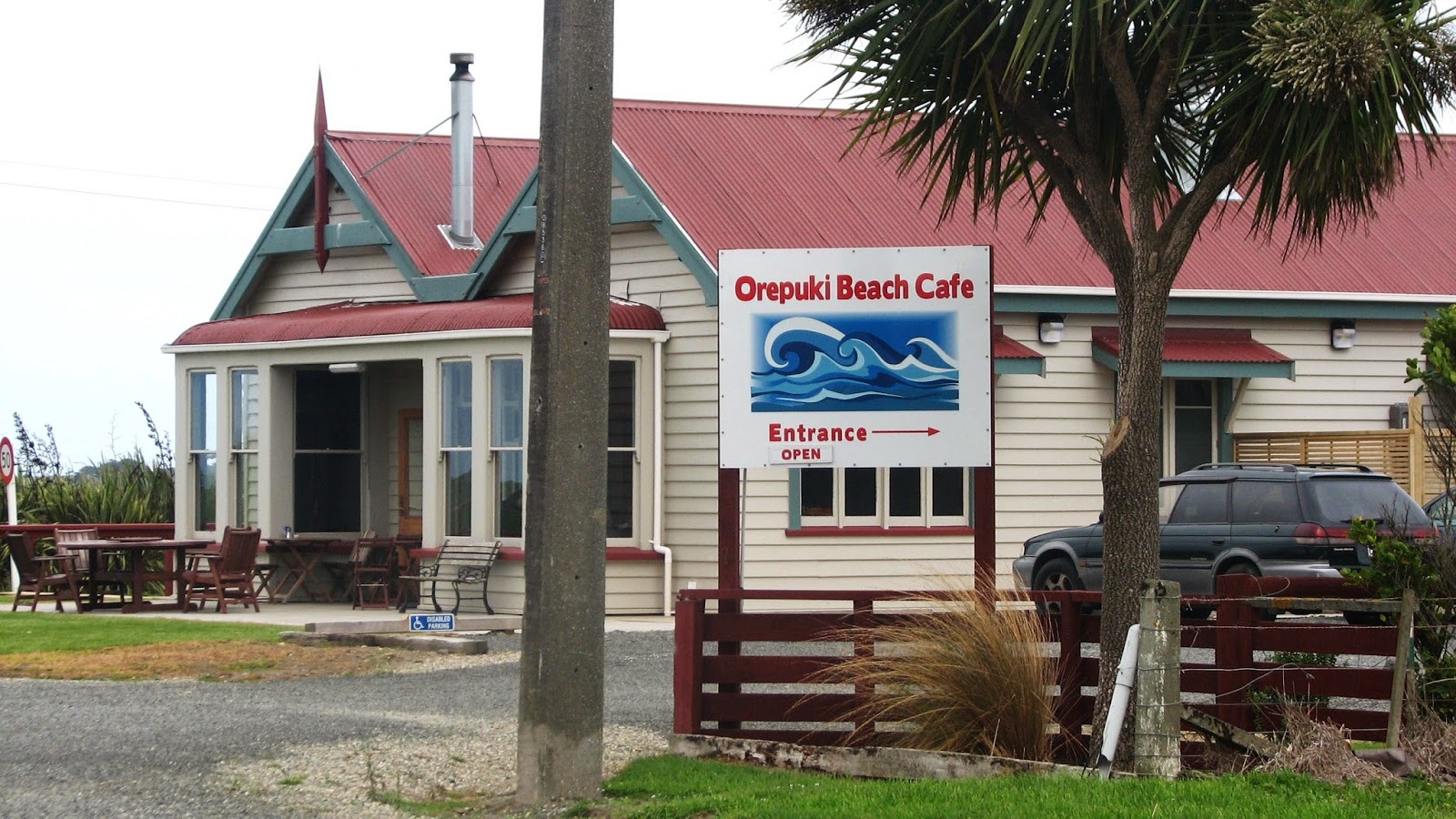 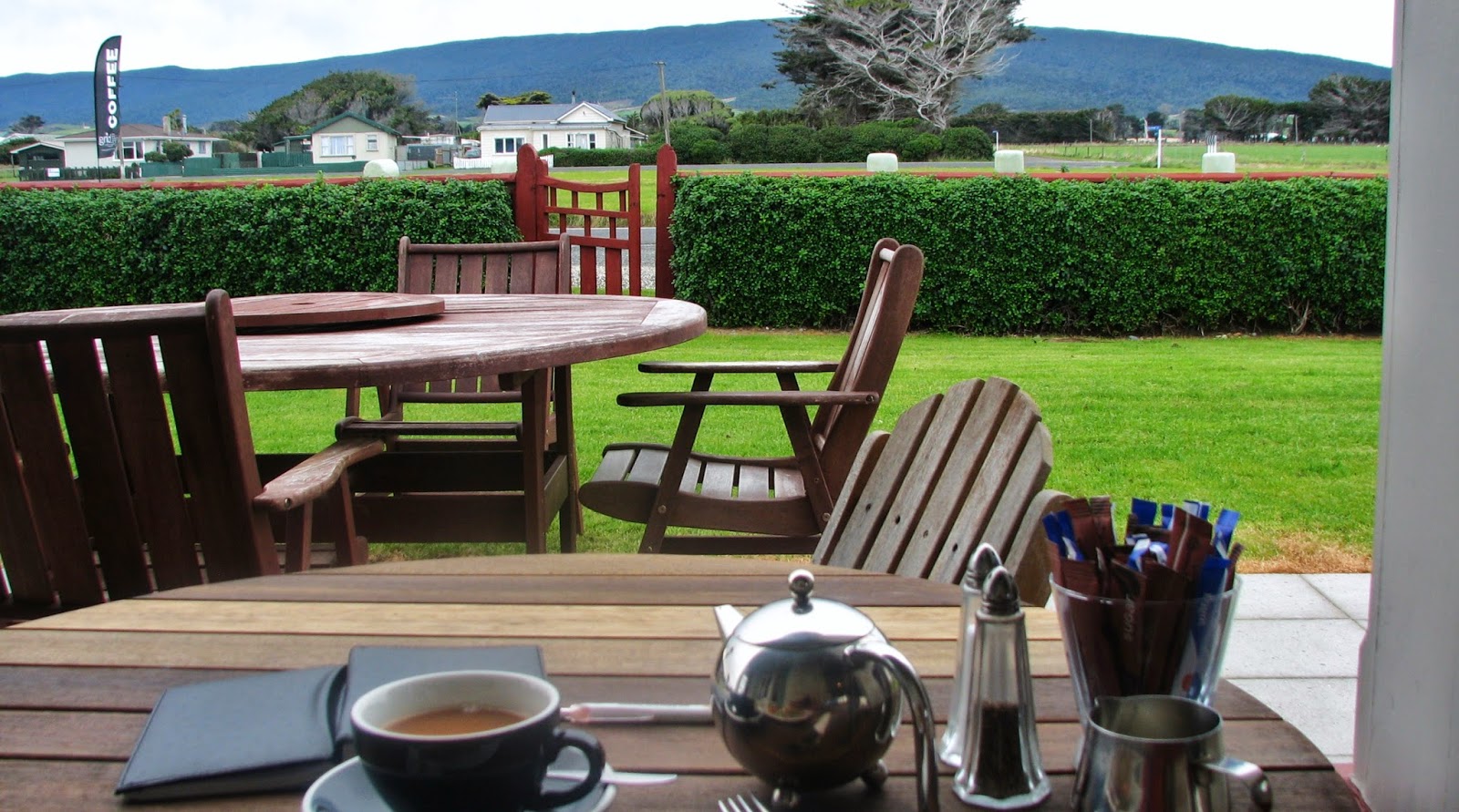 It felt surreal sitting there thinking about Aunty Mary.

After talking to Mum later, I can see now that I was probably sitting where Aunty Mary used to sit. It was funny, but at the time I did feel a quiet compulsion to sit outside at that table. The weather was uncertain; there was even the occassional spot of rain; I was asked a couple of times if I was sure I wanted to be out there. (In actual fact, the wind was warm which is unusual for Orepuki. Maybe it was a sign of Aunty Mary's approval?)

I felt an optimism about the town. It's been a long time since I felt that way about Orepuki. Maybe my fears that it would one day disappear completely off the map, have been allayed. A breath of fresh air is blowing into the old town.

When I lived here in the 50's - 60's, it was a thriving country town. On my many visits over the past six decades, I always thought I was witnessing it slowly die. However, it's apparent that people who have stuck by the place, and worked to keep it alive, are beginning to see results. 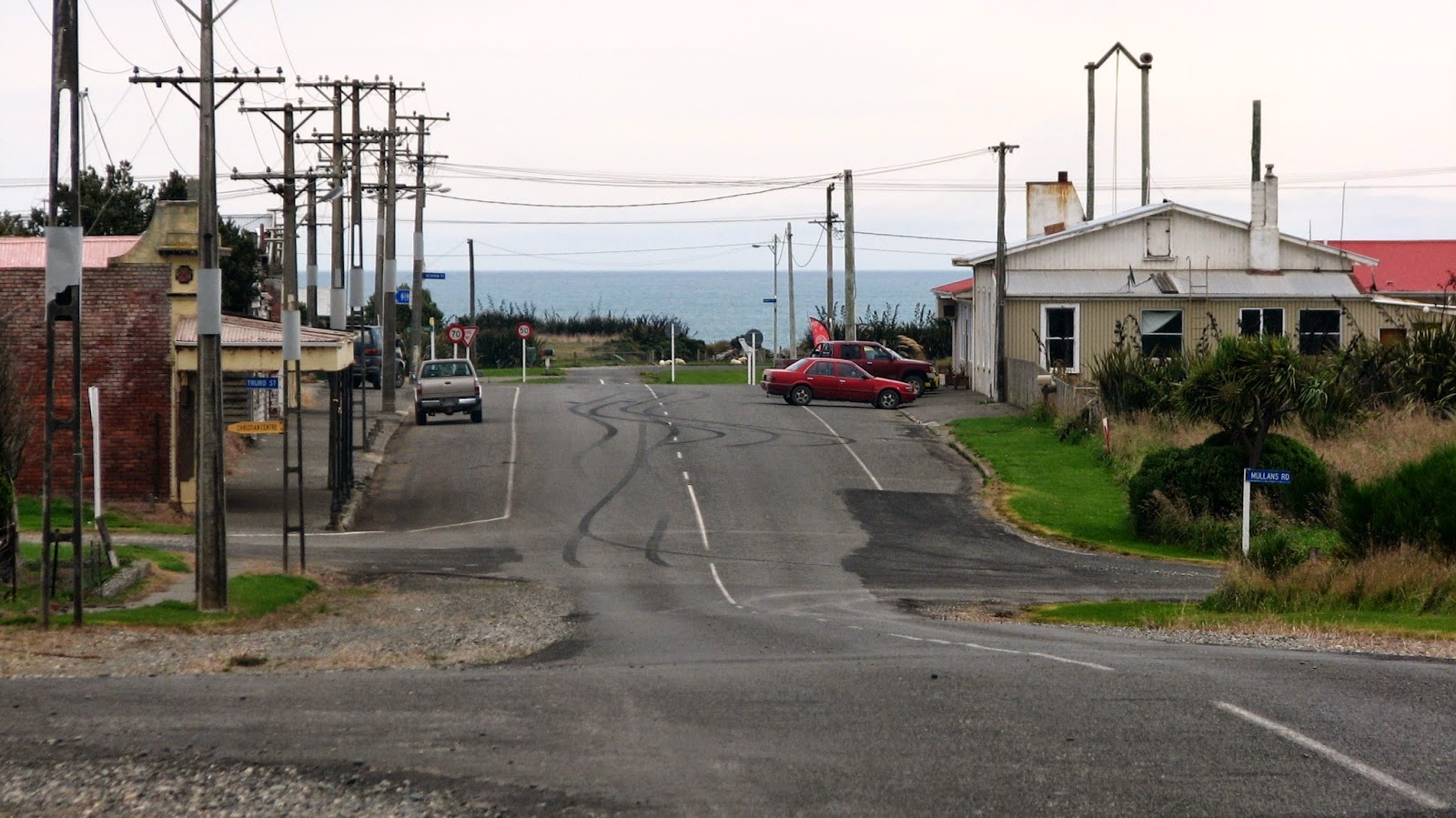 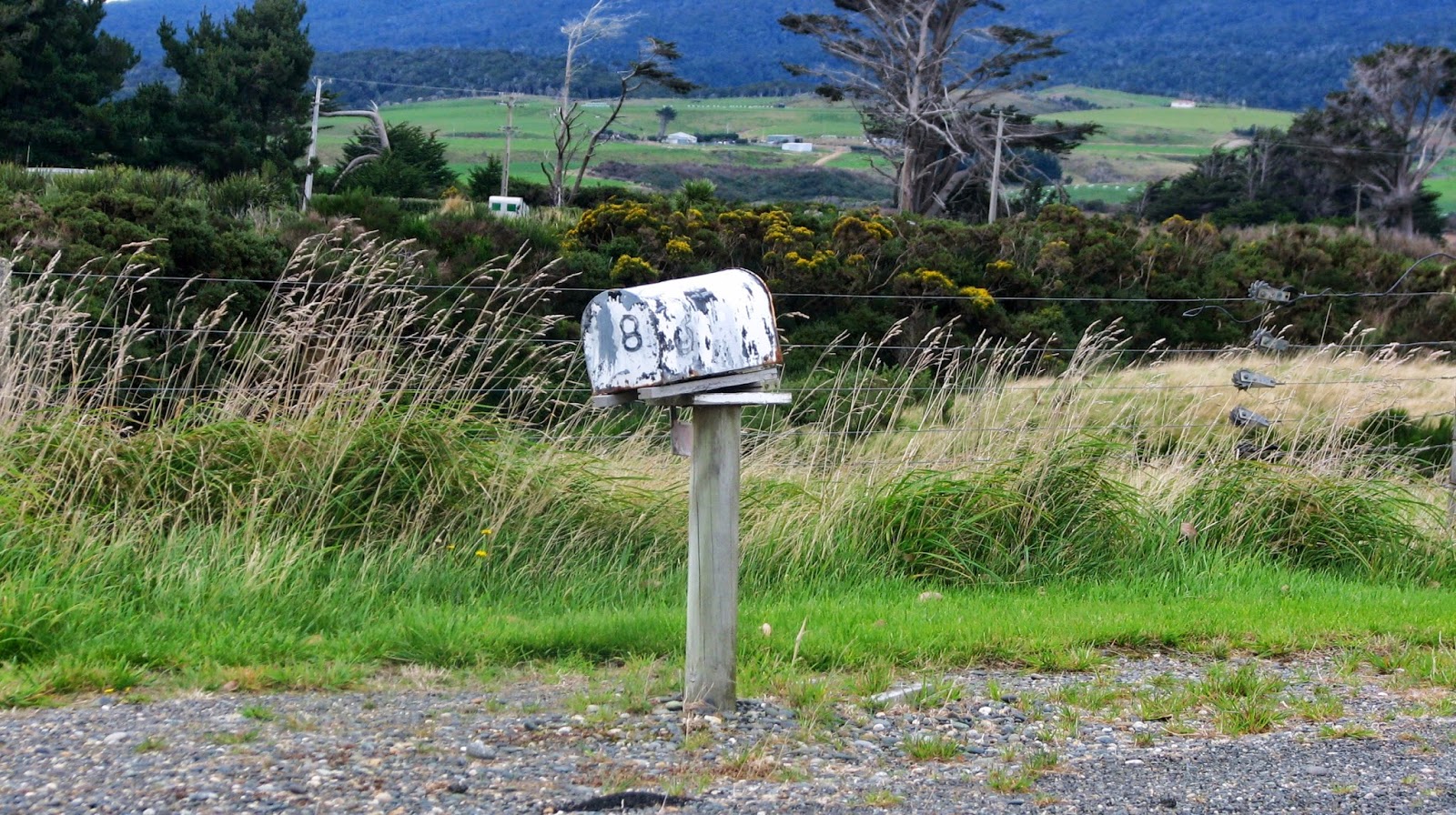 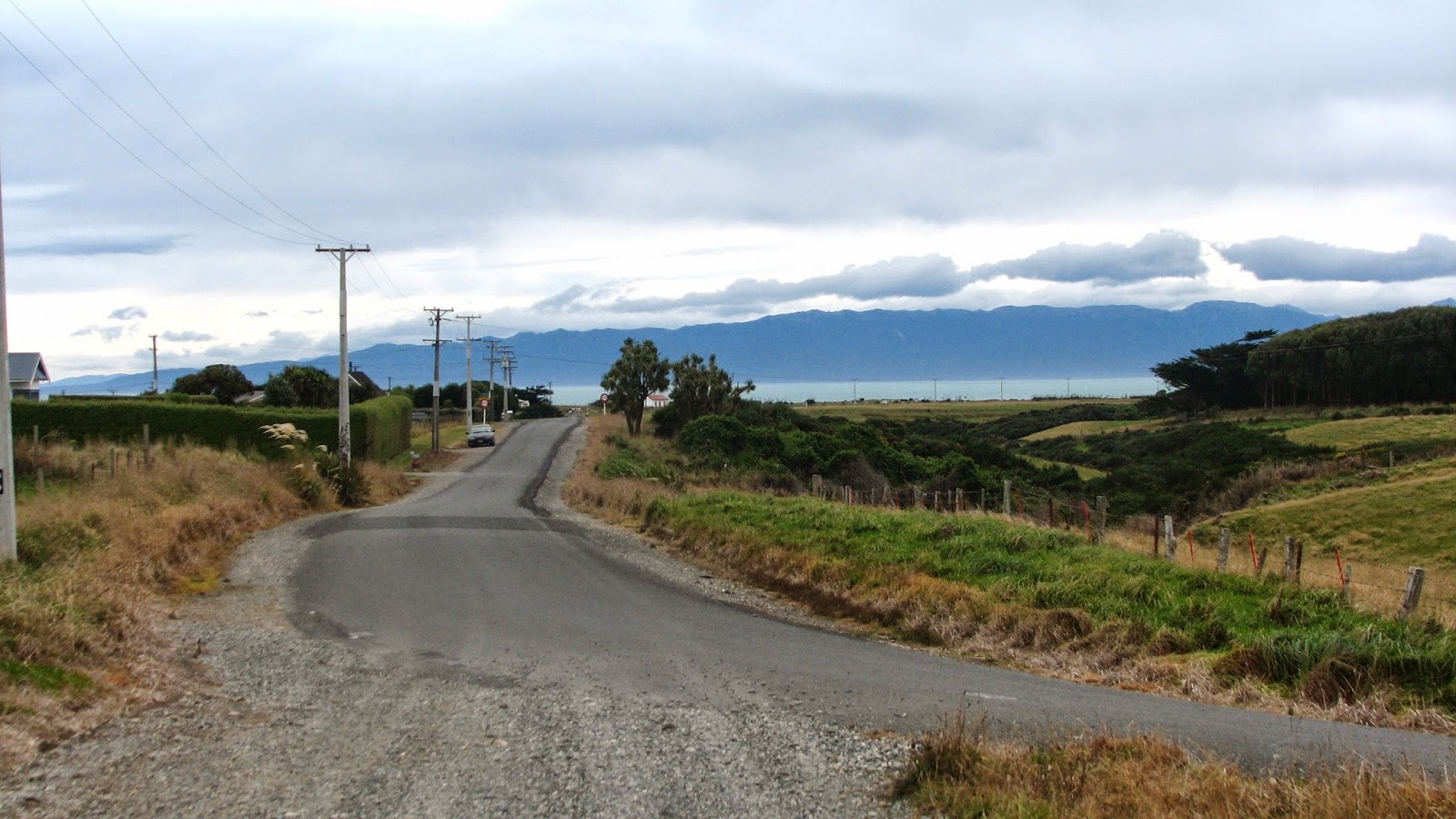 This is the end of the road where we used to live. In the distance, Te Waewae Bay. It's a view permanently imprinted on my memory - like an internal tattoo.
- April 02, 2014

I had a cousin drown around that age too so this gave me goose bumps. Beautiful photography as always.

A- That is so sad. Yes, I understand it would have given you pause. Thanks for compliment about my photography. I do enjoy taking photos, especially when on a trip.

The person in the picture is my brother, Damian. Our family also lived in the Orepuki Beach Cafe. But from late 80s to the mid 90s, i think we were the last people to have lived there! Amazing to see the photo of the gate that i had once painted red!!! Memories!

Hi Aaron - Pleased to meet you. yes Puki is a place of memories, for sure.

This is my great grandmothers house "Mary Simpson". I can remember visiting in the 60's as a small child and there being kittens, tennis balls under the house and in the house big tall beds. My Granny was in Riverton hospital and was fun to visit. Thanks for the memories.

This cafe was my Great Grandmothers house "Mary Simpson". I remember visiting at Xmas as a young child in the 60's where my sister and I found kittens and tennis balls under the house and in the house a hall from the front to the back and amazing big tall beds in which to sleep. Granny Simpson at this time was at Riverton hospital and I remember her as big, dressed in black and Kind.

Thanks for the memories.

Bruce - What lovely memories! I guess we are somehow related ... I get confused when trying to work out cousins etc. But yes, lovely to have known your great-grandmother - my great -aunt; Aunty Mary. (in Orepuki, even those not related called her 'Aunty Mary' - she was a well-known local figure in Orepuki). And yes, kind - I still remember the box of lavender soap she gave me when I visited with my mother.