The Micro and The Macro 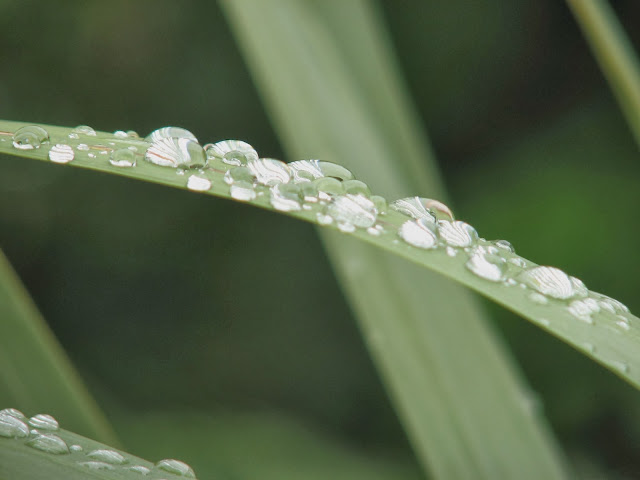 raindrops on blades of flax

Ten years ago I was employed as a nanny. The boys I looked after had vivid imaginations and the freedom of large backyard spaces of trees (which they called 'Treeland') to employ their imaginations and create their worlds within worlds. Their home overlooked the city and harbour with a view that stretched as far as the ocean's pale line on the horizon.

The poem below was directly inspired by this view and by the tiny worlds that the boys created down among the dusty gravel and green grass. It seemed to be all about the micro pitted against the macro and the peculiar peacefulness of plastic soldiers.

In dirt as warm as down
two boys build a fort from broken bamboo.

eucalyptus. Sometimes in their sights,
the cursive curl and loop

of blackbirds
across the afternoon's hard light.

They plot onslaughts,
declare the wisdom of camoflague

and plunder the ground for rough twigs
of dead pine and leaves of dock.

And the closeness of dancing birds
calms and fixes my heart

as if foreveer on the lazy harbour,
the milky ocean,

as these soldiers safely wage
their strange and immobile war.