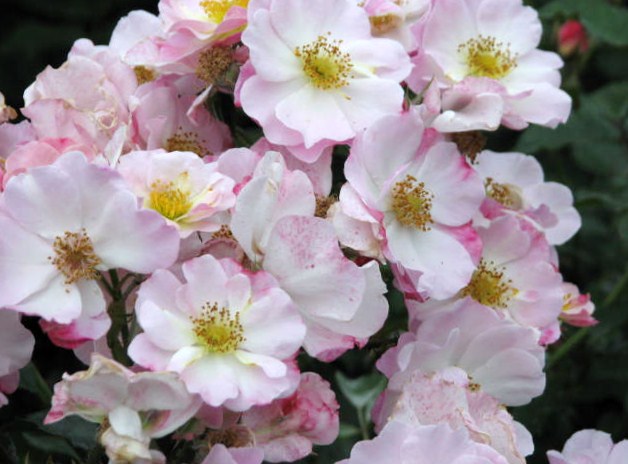 The soft navy-blue suitcase is packed, arrangements have been made
for Nicola to feed the cat, collect the mail. We leave wooden walls
clenched against lack of fireside warmth, hung dishcloths desiccating
over taps, dust congregating in the bath. The garden will get away
and we will have vanished into places where no-one recognises us,
grist for the mills of taxi drivers with loud radios, bait for beggars
in stadium-sized railway stations, lost in the paranoia of airports,
caught in the rain in Berlin, in the stress of Paris - Ah! but Paris

is where there were pink roses, so 1950's, to bring back the home
I'd carried all that way in my head, homesick already
for my daughter in her red scarf when we were only just
as far as the Timor Sea's grey smudge somewhere
underneath the cloud and where just for a fraction of a second
I thought I was on a Dunedin bus, yes a bus, not a jet, no,
but solid and home and placed and this was where I was getting off,
my fingers scrabbling for the cord to stop the bus.