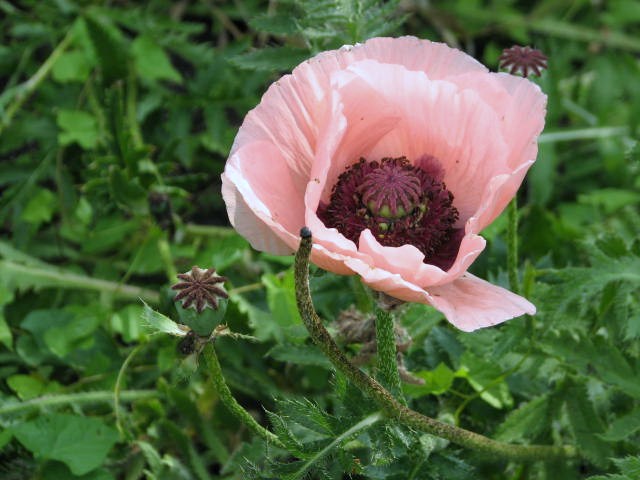 This pretty pink poppy was growing in a park just off the Champs Elysee in Paris, France. When I see this photo I am transported right back to the warmth of that day (my birthday) and the peace of the park where my friend Chrissie and I sat on seats, rubbing sore feet and taking a quiet five from the frantic traffic and crowds that is Paris in the summer break.

I lost my camera at the start of the recent poetry reading tour in Southland. I presumed I hadn't packed it at all, but just imagined I had. (Something that my unreliable memory tricks me into more and more these days).

I needed to stop fretting about it and concentrate on the tour, using my phone camera to take photos (not at all as satisfactory, I have to say). I fully expected the camera to be at home when I got back. 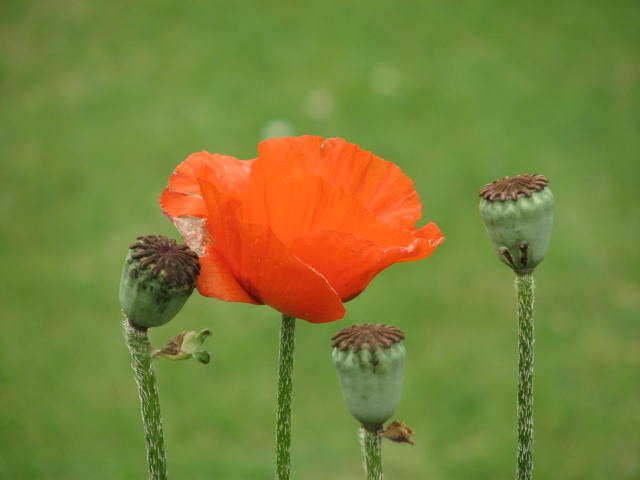 Another Paris poppy - this one was behind the Notre Dame - our friend Phil said that the back of the cathedral was almost as impressive (and less crowded) than the front of this famous Paris building. And he was right. I was particularly taken with the flying buttresses - and this bright orange poppy.

When I got back home and still couldn't find my camera, I was resigning myself to it being lost; just like the phone I lost while overseas. (A few days ago, it turned up in Munich at Chris & Jenny's apartment. In the meantime I'd bought a Smartphone to replace it).

For two weeks,  I fretted and grieved about the loss of the camera. While up in the North Island to visit my mother and sister, I'd reason to mourn its absence on more than one occasion - the image just down the street from my mother's house of perfectly straight, parallel railway lines disappearing into the infinity of flatness, the spring displays at Palmerston North's Botanical Gardens, the birds and insects at Zealandia sanctuary in Wellington ... 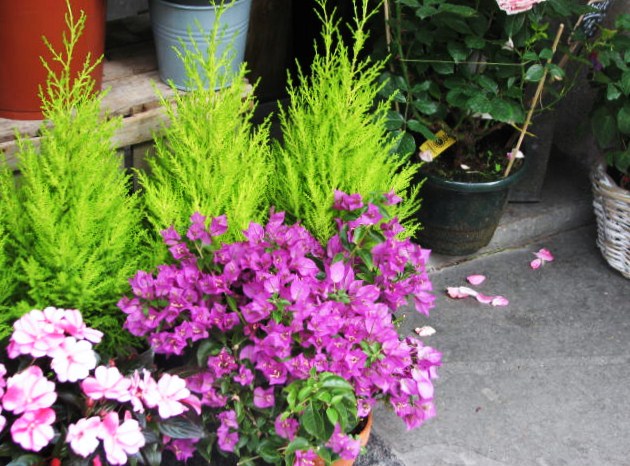 This bright display was outside a florists on Paris' Left Bank. They remind me of that day spent wandering with our friends Chrissie and Phil, mentally pinching myself that I was actually wandering Paris' famous Left Bank. They also remind me of seeing a signpost for Boulevard St Michel, as mentioned in Peter Sarstedt's song, 'Where Do You Go To My Lovely?'. Of seeing the Sorbonne (also mentioned in that song).

All my life I have forgotten and/or lost stuff. I have behind me a very long trail of items lost over the years. Having to go back to places where I've been to pick up things left behind, is one of my traits. I have a running joke that: Now, Have You Got Everything? should be written on my headstone. (It is a question my mother frequently asked me and which over the years I have trained myself  to ask ... not that it helps all that much).

However I am surprised at how much of the stuff I leave behind, I get back. The honesty of people has long astonished me. I have gone back to many shops and cafes for lost wallets, keys, credit cards, jackets, hats, books ... many, many times. Nine times out of ten, I have found them where I left them, or someone has handed them in or kept them safe in case I came back.


And these were taken as we walked to the Eiffel Tower, of flowers growing wild on an embankment by the Seine. This photo was also taken on my birthday and reminds me of the leisurely walk the seven of us made, stopping to 'smell the roses' on the way. 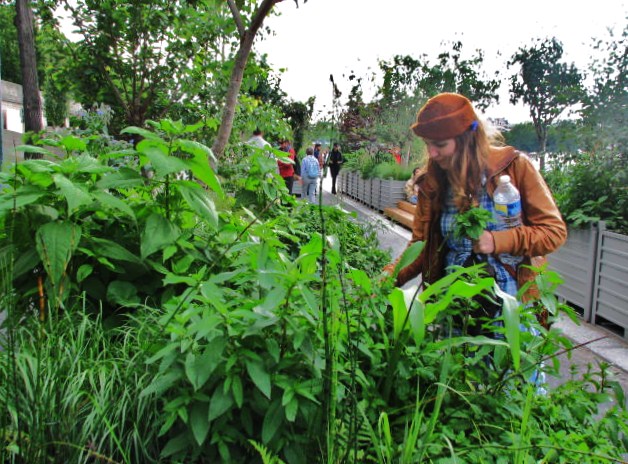 There were also herb planters there from which you were free to pick mint, parsley, coriander ... which Jenny did.

It was  five o'clock on my birthday, the tower a tantalisingly wavering grey in the distance. When we got there, it was to find the Tower was on strike! Luckily the Eiffel Tower is too big to be folded away, so even though we couldn't climb to the top, we were able to lounge on the grassy expanse at its foot.

Back to the story of the camera - the other day the thought came to me that maybe I had taken it into the 'Howl at the Moon' cafe in Gore where Jenny and I had dinner the very first evening of our tour. I didn't recall doing so and doubted that any inquiry I made would bear fruit. However, I decided it wouldn't hurt to ring them up - just on the off-chance. And lo! "Yes, we have got a camera here", the manager said. His description matched mine. My camera was no longer lost, but was found.

My auntie who lives in Gore, has picked it up for me and when I am next there, it will once more be back in my possession. 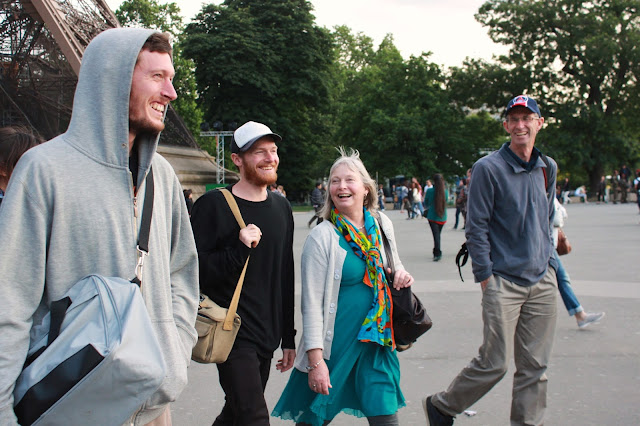 Jenny took this photo - I love it - it captures perfectly that wonderful, happy day - my 60th birthday in Paris.

Having had no camera for almost a month now, has made me capture what I see in my memory rather than relying on the camera to do that for me. Even so, I can't wait to have it back again to capture and frame images and memories.
- September 07, 2013

When were you in Paris? We were there the last week of July. It was so lovely. To think, that is the closest I have ever been to you, geographically.

So glad to hear you found your camera! The Paris flower shots are so pretty and that last one is priceless. You look so happy!

Camille - We were there end of June! One day our latitudes may intersect, you just never know! :)