We weren't long in the company of Jenny's grandparents and aunty and uncle, before we realised that it was easy for us to feel an affinity with them.
The common denominator was of course Jenny - their granddaughter and our son's partner. Just as it was with  her parents, our mutual regard and love for her was the foundation for forming a friendship with her German family.
As 'border people' who hail from the southernmost edge of New Zealand, Robert and I felt close to Jenny's grandparents and family who hail from Stolzenburgh, at the north-easternmost edge of Germany. 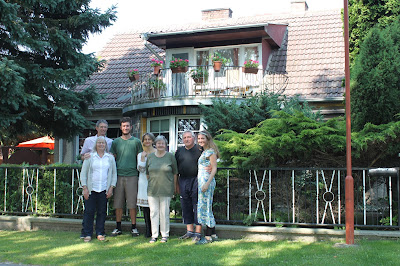 Like Jenny's grandparents, some of Robert's and my ancestors are also people who come from the edges of the land. Robert's mother's ancestors came from coastal crofts located at the topmost western corner of Scotland. My father's Scottish great-grandmother came from John o' Groats at the top-eastern point of Scotland; his mother's parents from Derry on the coast of Northern Ireland. The town where I was brought up, Orepuki, Southland, is right at the bottom edge of New Zealand.

Jenny's grandparents are from hardy stock; unpretentious, honest people with a robust sense of humour and accustomed to working hard and living close to the land. We recognised things about their lives, their food, their values; things that we could identify with because they were, and are, present in our families too.

Spending time with Jenny's grandparents, felt like a meeting of kindred spirits. At times (although, again, it was vital to have Jenny and Chris to interpret) it almost didn't matter that we spoke two different languages, because we were often on the same wavelength anyway. Jenny's grandmother would often just chat to me in German, expecting me to understand without interpretation - but I wasn't that good! 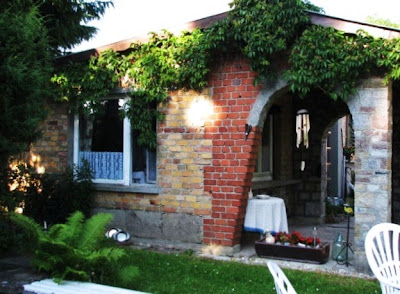 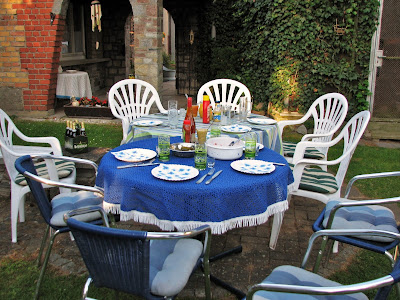 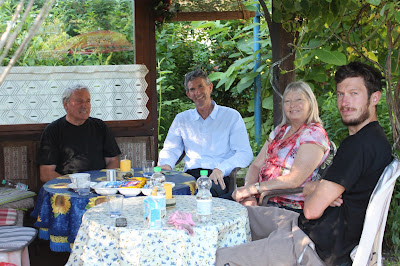 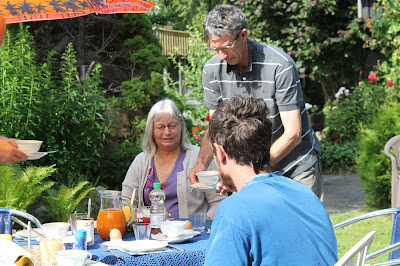 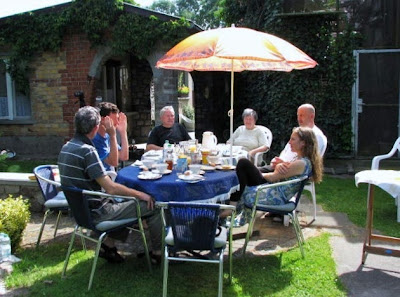 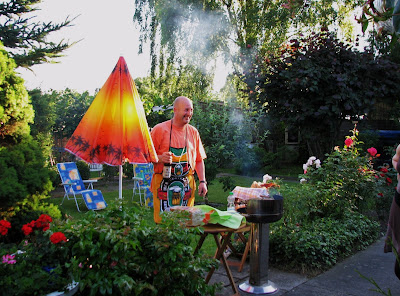 Once again we were treated to amazing meals, the table groaning with good food. We seemed to move through the day from meal to meal, the weather providing summer days and the chance to eat out in cottage-garden surroundings. 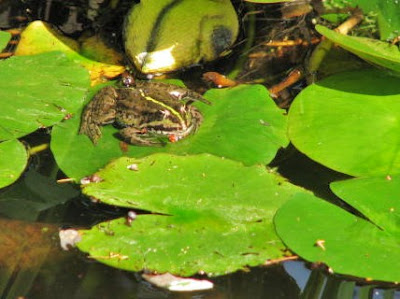 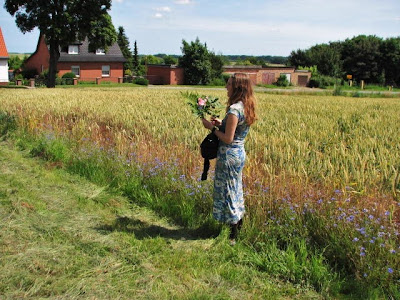 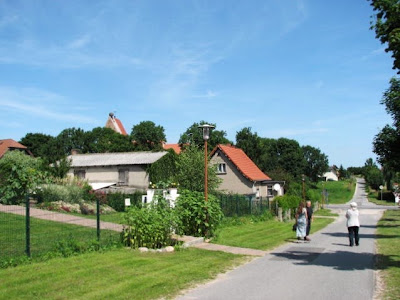 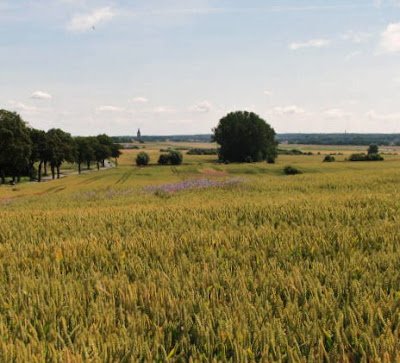 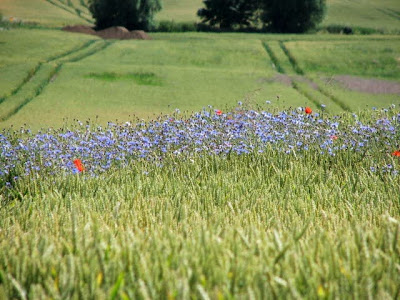 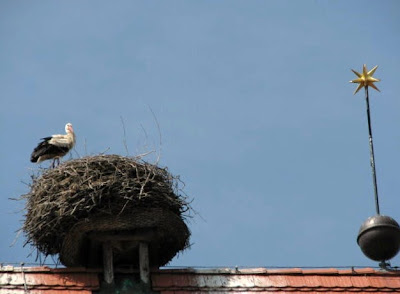 Like the town of Neu Karin where Jenny's parents live, the village of Stolzenburgh is also blessed with a stork - this time on the church roof. It is considered a lucky thing, or a good omen, for a village to have a 'local stork'. They make a clacking sound with their beaks just as albatross do. While sitting outside in the garden, we could often hear the beak-clacking sound clattering over the village.

It was real privilege to spend time with Jenny's grandparents and family. The time felt too short and it was sad to say good-bye. 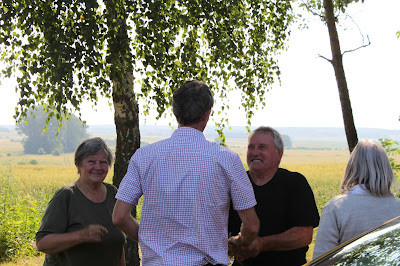 Leaving Chris and Jenny to spend one more day there in Stolzenburgh, we caught a train that would take us to Berlin where another train would take us to the Czech Republic and the city of Prague.