A Saturday Poetry Reading in Invercargill 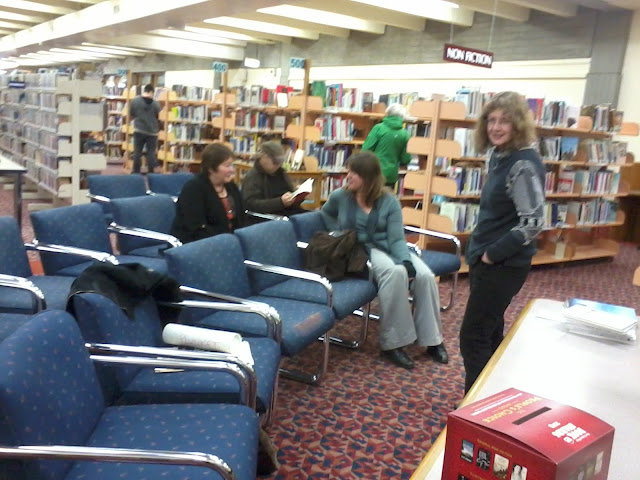 ... a rather blurry photo I'm sorry -  of Jenny, Rebecca (side-on to the camera) and the first of the audience members to arrive at the Invercargill library. I lost my camera in Gore (since found) so had to rely on my phone camera ...


Not all of the seats were filled at the Invercargill library. However, those who attended were both engaged and engaging. We had a lively Open Mic. with quality poetry being read. Cilla McQueen (NZ poet laureate of 2009 - 2011) was there and was persuaded to read in the Open Mic. as well. 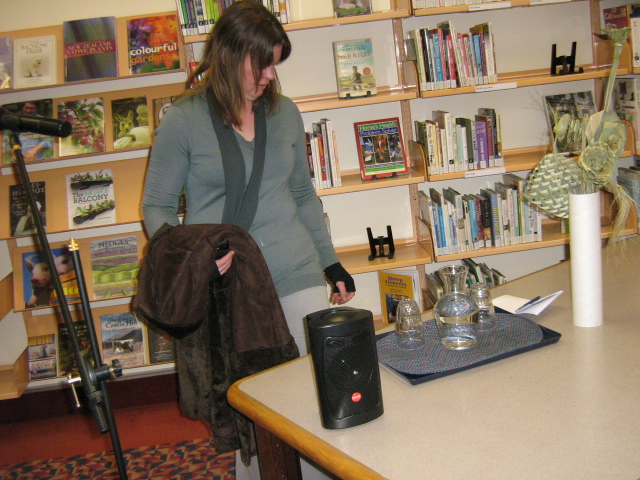 Thanks to Rebecca Amunsden for all her hard work organising the venue for us. 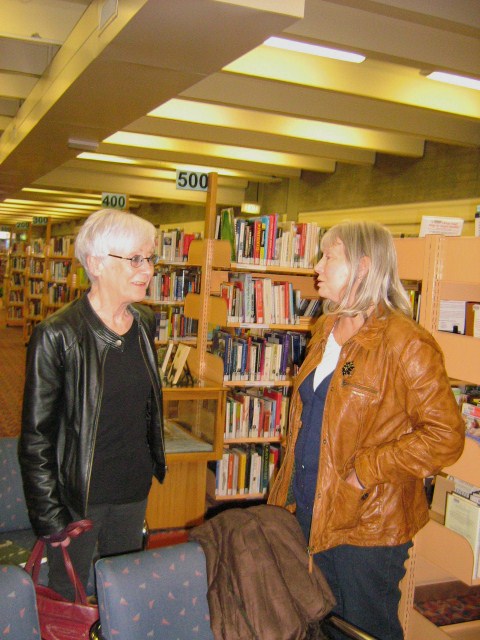 After the session, rather than questions from the audience, we had a relaxed, general chat and catch-up; largely about Invercargill's burgeoning 'poetry scene' and the potential there for it to grow even stronger than it is now. 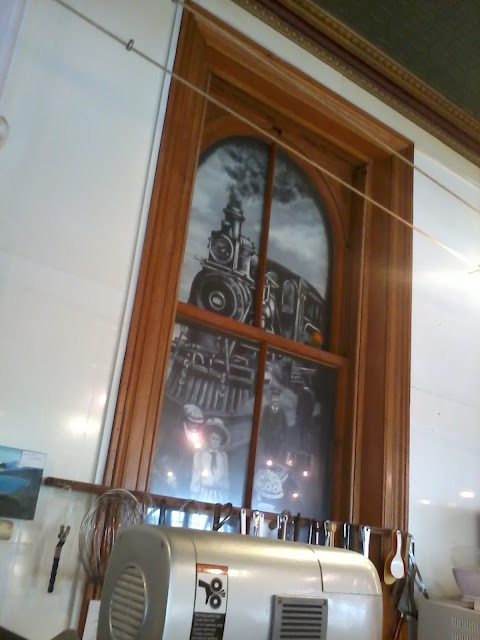 Images of steam trains had been following us all the way through Southland, it seemed. We thought it confirmation that J and K Rolling's motif (seen below) of a steam train, was the right one. 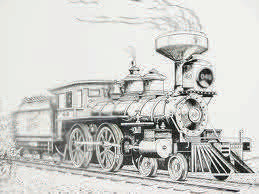 We decided on the way home to Dunedin from Invercargill,, that we would drop into the Eastern Southland Gallery (personally speaking, another appropriate thing for me to do on this seemingly serendipitous tour, seeing as this building was the old Gore library and one of the poems I read out at the Gore reading was about this library). We had heard from one of the audience members in Invercargill that there was an excellent exhibition of the painter James Robinson's work as well as work by Dunedin sculptor Peter Nicholls.  If anyone is in the vicinity I'd urge you to go see this exhibition. (Oh, what the heck; why not make  a special trip to Gore? We did and can vouch that it is well worth it). 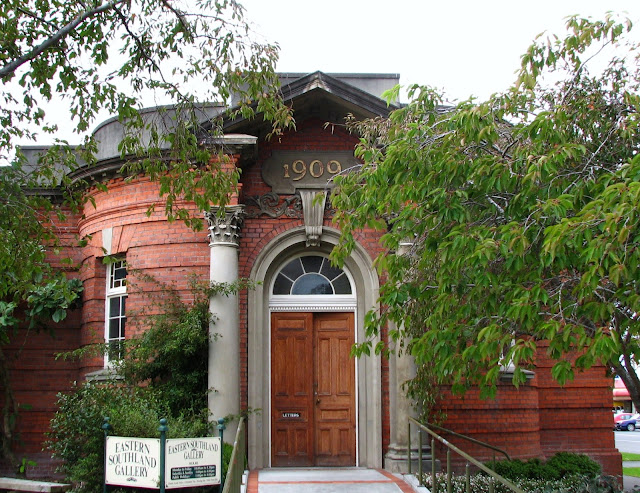 We were glad we had taken the time to visit this exhibition. The work exhibited was cool - beautiful to look at and (as far as the the wooden sculptures were concerned) to touch. It seemed a fitting and delightful end to J and K Rolling's Whistle-stop Tour of Southland.

What a grand time! To your with a close companion and friend, to share poetry and talk shop with kindred souls, to gallivant through and into hallowed spots: what could improve on that ?! Happy happy for you Kay. You inspire me xo
Love
kj

kj - Thanks so much for your kind comments. Yes, we had a fab time. You are an inspiring person also. :)