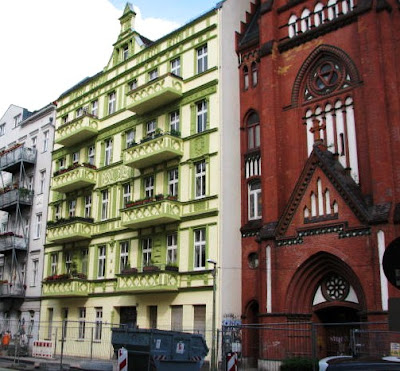 Someone said to me this week that they found Berlin to be a bit spooky, with so much evidence still there of its past. I didn't find it to be that way. Instead I felt a burgeoning lightness. The way I saw it - there was a meditative quality to the parts of Berlin that we saw - as if it was quietly weighing its past to know what value, if any, to salvage from its history. There seems to be a desire to get on with life - to move on. There is an underlying seriousness to the city, sure, but enough life and youth to balance any heaviness. Without any loud announcements or fuss, it is a city with room for creating something new and fresh, with humour and warmth, yet without forgetting its painful past. 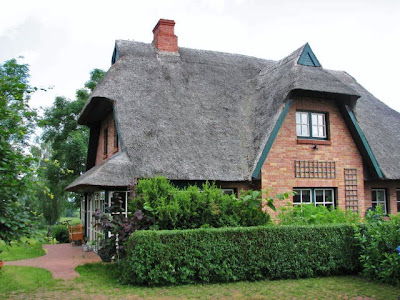 We travelled by train from Berlin to the Baltic Coast, where we were welcomed like royalty into Jenny's family home in Neu Karin, Northern Germany. Here we spent the most part of a week happily ensconced in the peaceful countryside of that part of the world. 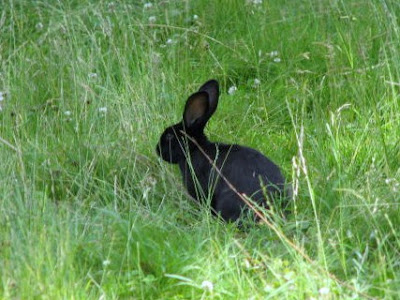 I'll always remember the stork nesting on a nesting pole specially built for it near the oldest house in the village of Neu Karin; I'll remember the thatched rooves, the cornflowers, daisies and poppies growing wild on the roadside and threading through the wheat-fields. 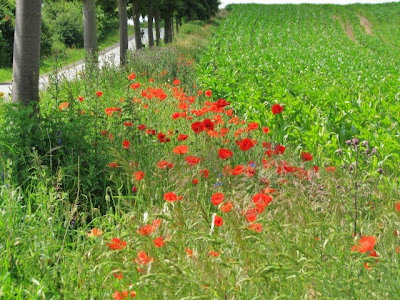 So many wind turbines reverently, sternly going about their business of churning wind into power. I'll remember the cobbled roads and the flapping sound of car tyres as they drove over them. The centuries-old buildings; the peace of the countryside; the chirp of sparrows and cluck of hens, the rabbits, the large shed stacked with wood, the laden tables, the sound of ping-pong games and the rolling, guttural sounds of the German language. 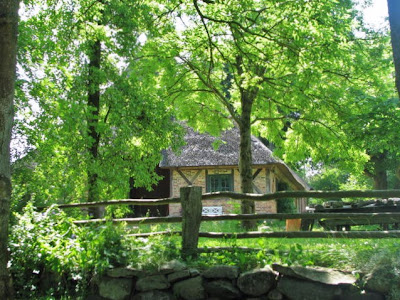 A clucking hen in any language
sounds flustered.
Here in Germany the blackbird speaks
my language, so too the bees, the sparrows.

Only the people talking in the kitchen
I cannot understand, their words
rolling like stones under the weight of water.
Recognisable, next door's barking dog

and as familiar as my own heartbeat
the sound of the soccer ball Max kicks
against the wood-shed wall.
The rooster's crow, the crowded clothes-line,

the jitter of leaves that prance
like frightened fish,
I have heard and seen before,
until in the sky something strange,

like a shirt with torn sleeves
freed by the breeze
from its washing-line mooring,
"A buzzard. It catches mouses."

And later a cry that interrupts
the game of outdoor ping-pong,
"Stork! Stork!"
as like ground crew at an airport

an arm with a bat directs the gaze
to where the stork slowly flaps
an absent-minded return
to its nest. And this midge,

unlike any I have seen before; as tiny
and black as a poppy seed
drowning
in the ocean of my cup of tea. 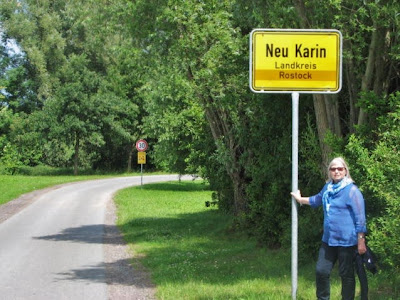 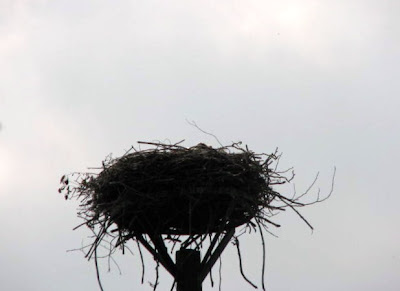 ... in the nest are baby storks, snuggled down they weren't going to appear for us the day I was there with my camera ... 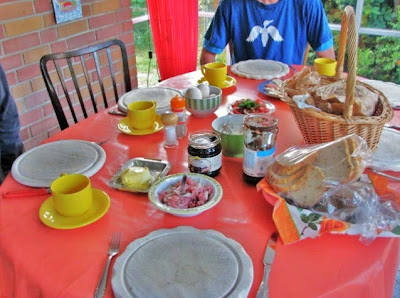 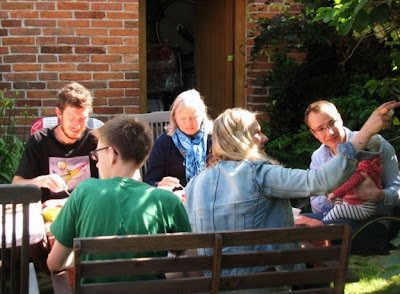 But mostly what I will remember, is the overwhelmingly welcoming and kind hospitality of Jenny's parents and family and their energy and determination to give us a glimpse, a sample, a taste of 'their place'. A lot of happy interesting times were spent with the family around the table. 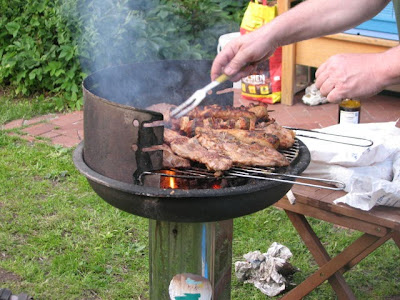 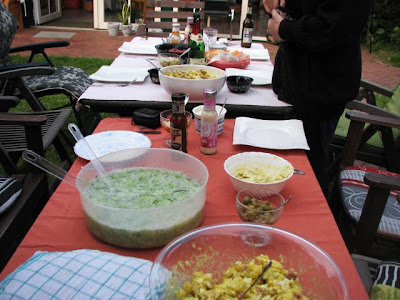 The fare we were given was hearty and full of flavour and goodness. Meat (pork, sausages) cheese, eggs, fruit, vegetables and bread all featured in a large way. Jenny interpreted conversations and discussions back and forth, which we were thankful for. Even our son Chris was able to explain and interpret, which impressed us mightily. 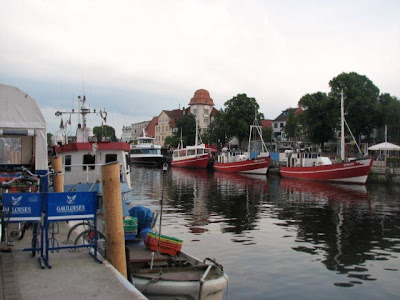 We were also taken by Jenny's family on outings, including ones to the historical and picturesque city of Rostock and town of  Wismar. 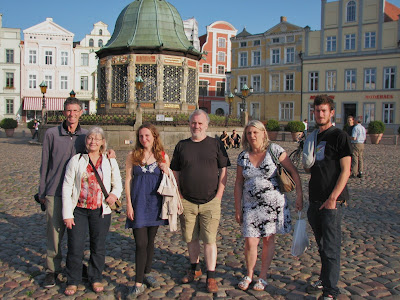 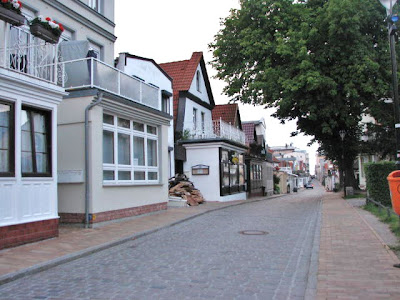 We were sad to say good-bye to Jenny's parents, but all too soon we were boarding another train - this time heading farther east, to the border of Poland, where Jenny's grand-parents live. We left Jenny's family with the invite to come and visit New Zealand. I hope they it won't be long before they will take us up on the invite and we can in some way return the favour of their warm hospitality, by having them stay at 'our place'.

it sounds like a trip that filled the senses as well as the heart to saity. Wonderful!