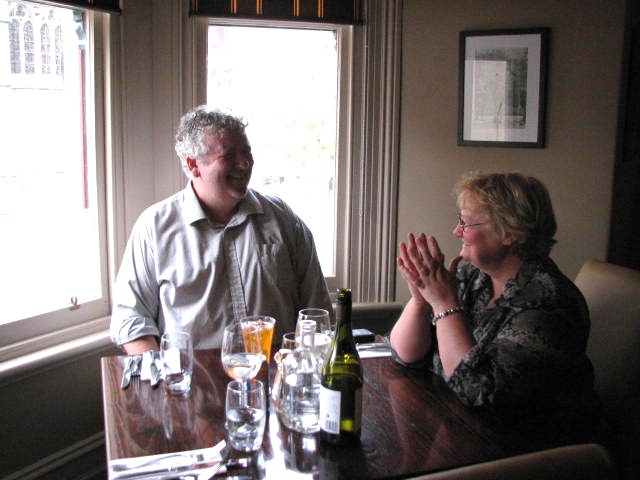 Over a week ago now, my sister and her partner flew in from Wellington for a long weekend visit. It was a special occassion - my sister was celebrating a significant birthday.
On the actual day, we celebrated with a dinner of traditional Scottish fare at Dunedin's Scotia resturant on a fittingly misty night, a view of St Paul's out the windows behind. 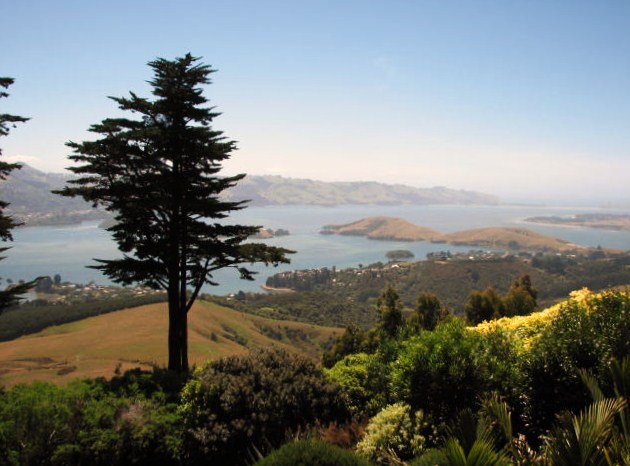 Earlier in the weekend on a day of glorious, hot summer weather, we wandered around the South Pacific gardens at Larnach Castle. 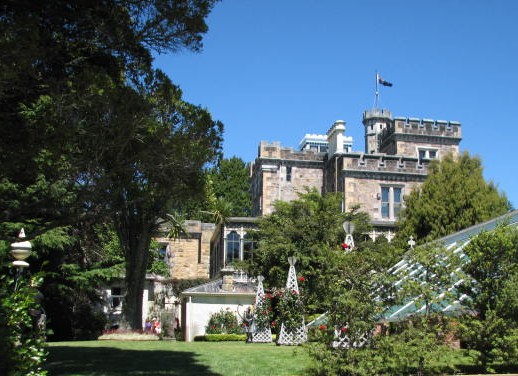 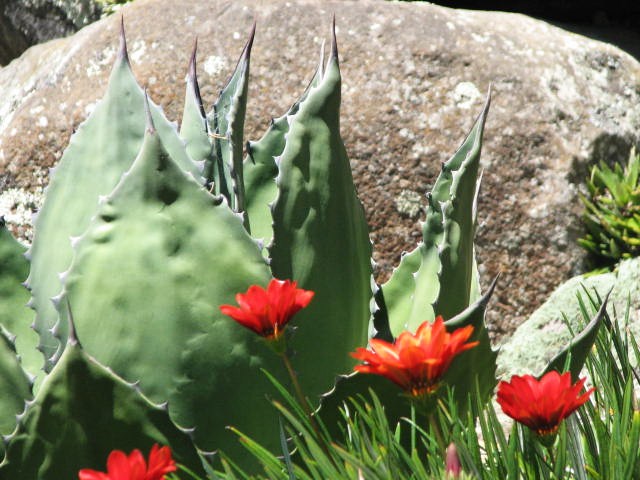 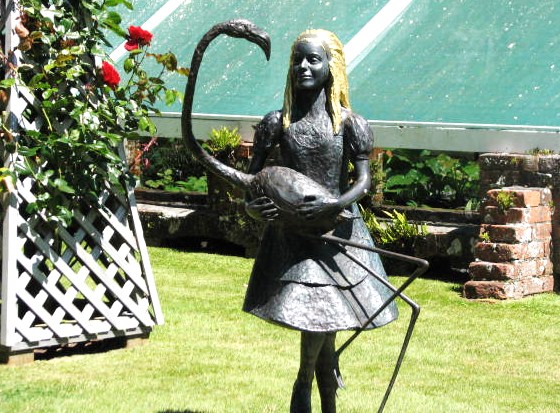 The gardens around the castle have Alice in Wonderland figures 'planted' in various spots. 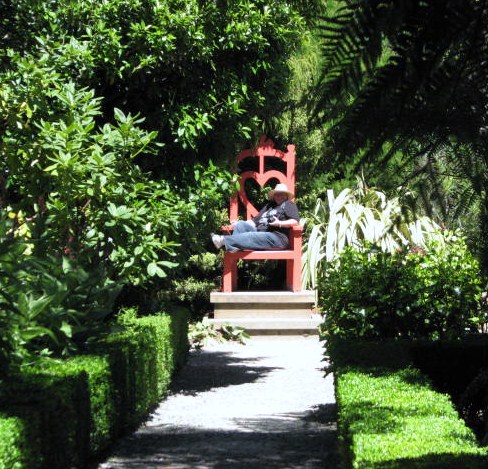 Jill tries out the Queen of Heart's throne. 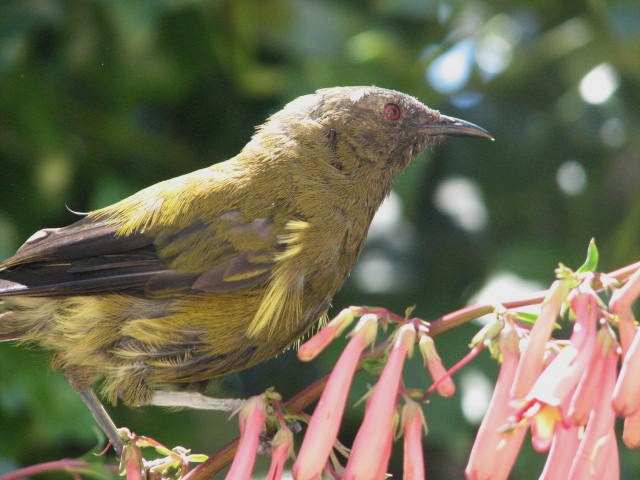 When with Jill and Dave, you have to be prepared to keep an eye out for birds.  They are on a mission to see how many different kinds of birds they can see and photograph in a year.  (Typical 'twitcher' behaviour, I know!) We were rewarded with this close-up encounter with a bellbird (of the fourth kind?) 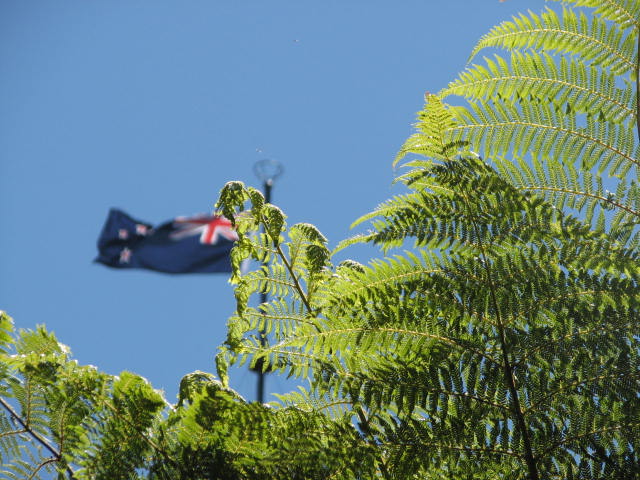 Then it was time to wave good-bye to the castle ... 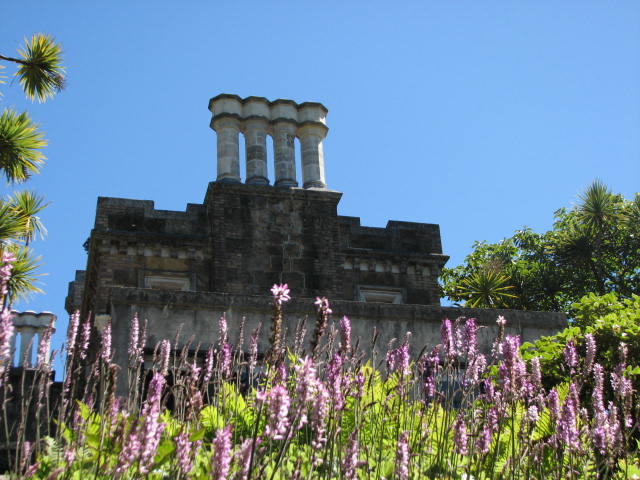 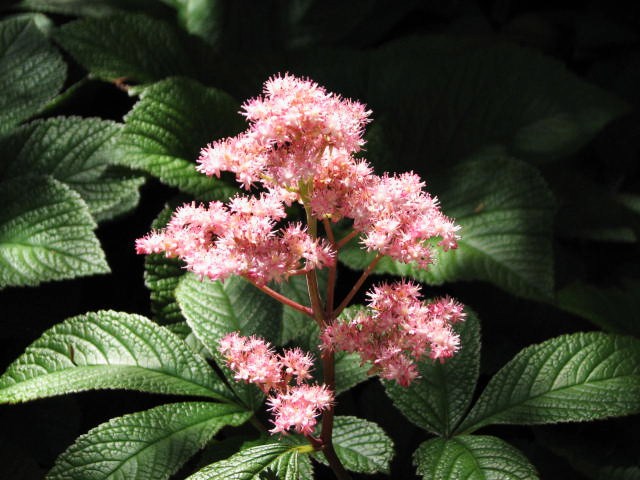 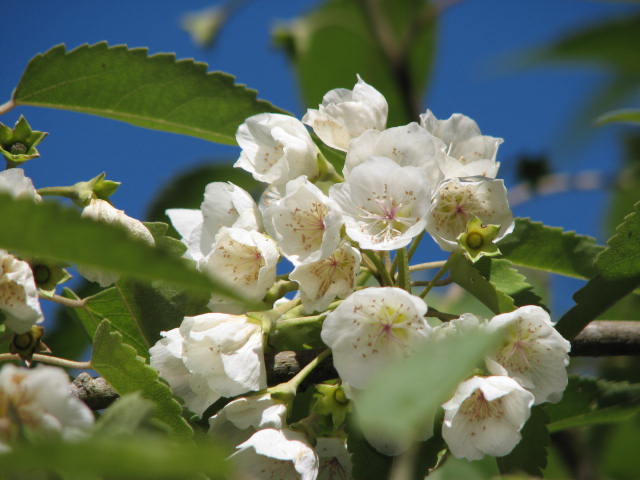 ... and drive the peninsula's high road, dropping down for a coffee at Portobello, then pressing on to where the road meets the sea at Taiaroa Head and the Dunedin's albatross colony. 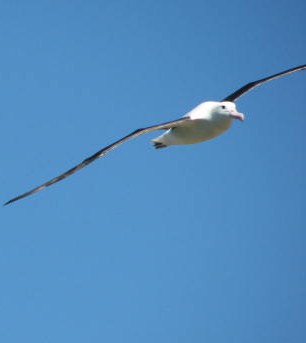 Those of you who have been reading this blog over the years will remember that five years ago I spent a season at the colony as a guide.

As soon as we got out of the car, we were hit with the characteristic pong of seagulls nesting. This brought back  memories for me of my job here as a guide, trudging up the hill, a clutch of parka-clad tourists behind me; of pointing out the landmarks while spouting the spiel I had been trained to spout. (After doing this three or four times a day every day, I was heartily sick of the spiel - I am not a natural entertainer or formal verbal communicator - part of the reason for not enlisting for another season). 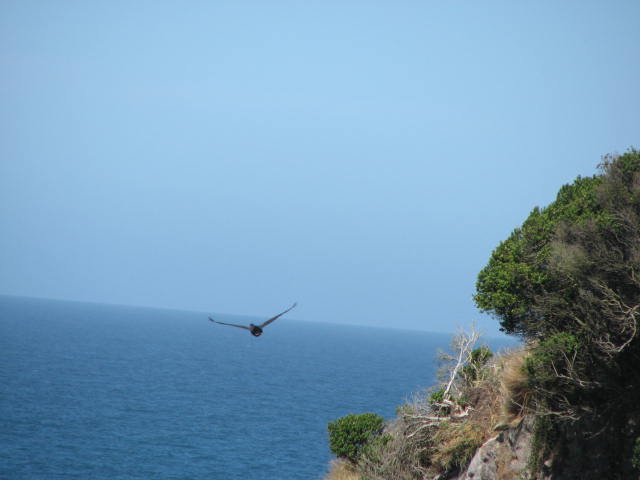 However the views and the setting; the wildlife and the sight of the giant birds, their silent approach and overhead swoop; were things that never palled. It takes your breath away each and every time you see an albatross.
We were lucky enough the other day to see one flying a few circuits above the car park and over the sea. 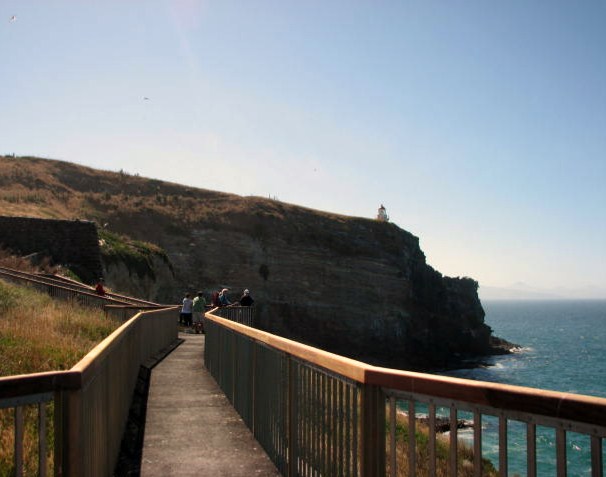 I was stunned to see how large the seagull colony had become. (No photos, sorry). When I was working at the colony, the gulls nesting area was confined to the hillside. They have now  spread to the car park.  You can't herd nature or confine flying creatures.
The extremely noisy and quarrelsome young birds appeared to be close to fledging, so it  won't be long and they'll be gone. 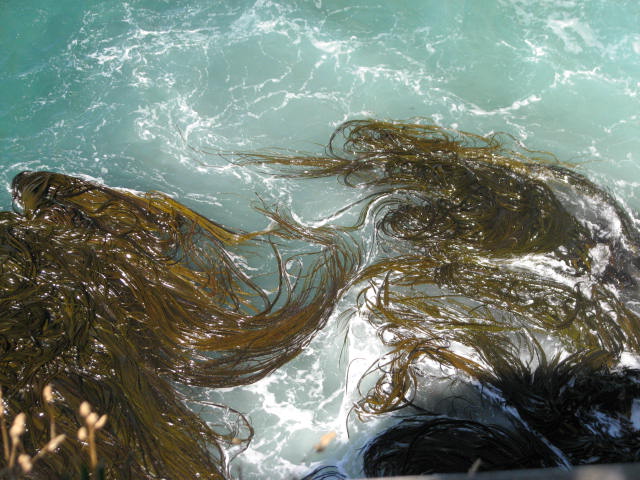 I think it's a shame that the Albatross Centre itself is now charging $5 entrance fee (it used to be free to enter). Because of that charge, we didn't go in to see the excellent displays and films available there to view. Come to think of it, I didn't see anyone else go in either. There was enough to see for free outside ... 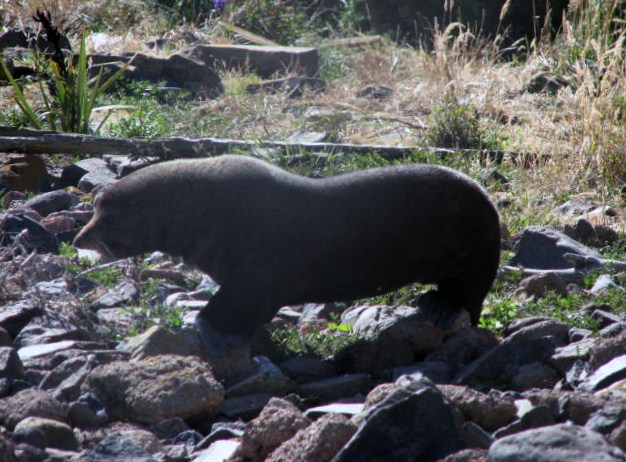 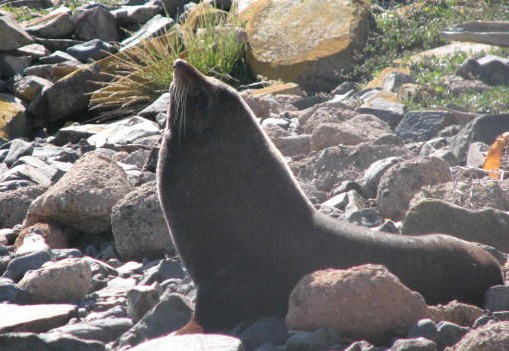 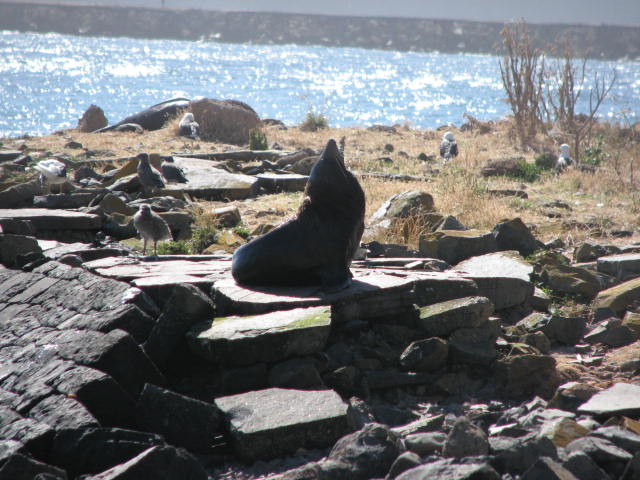 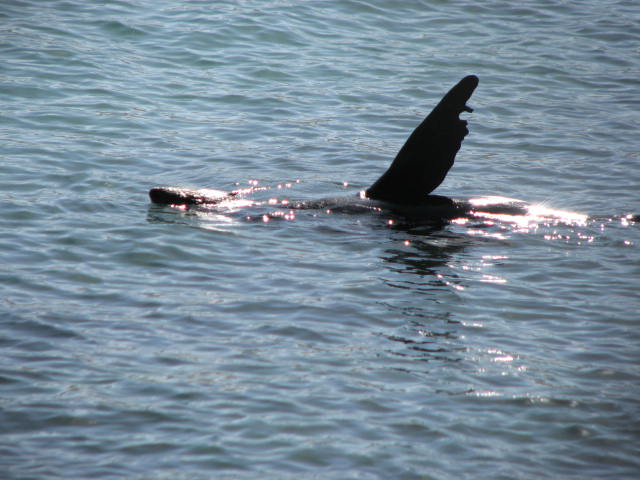 ... until they get into the water and turn into smooth operators. 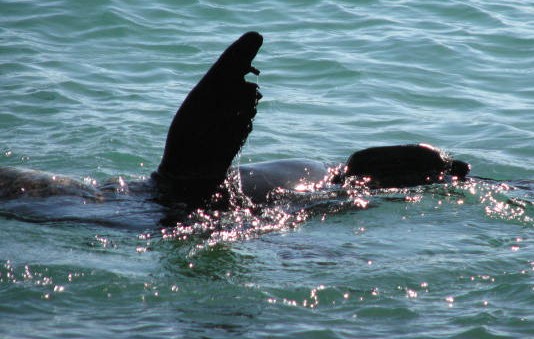 It was a great day.

But all too soon, we were waving good-bye to my sister's birthday weekend.

Those photos are very celebratory and summery. They make me want to go for a swim!

Me too, Katherine, something I haven't done (yet) this summer despite swimmingly good weather.

Thanks for the Albatross memories, Kay - it was free entry when we were there!