.
One of my favourite quotes is 'Only Connect' which is the epigraph E.M. Forster wrote for his novel, 'Howards End'. 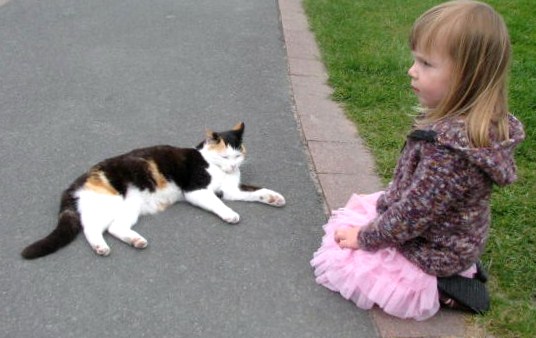 A couple of posts back I posted my granddaughter and the playground cat.

This week in our local, community newspaper, The Star, there was an article featuring the artist of the mural I photographed with V. 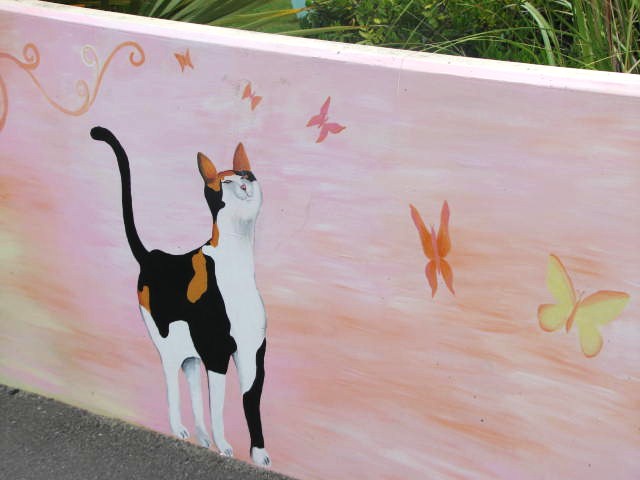 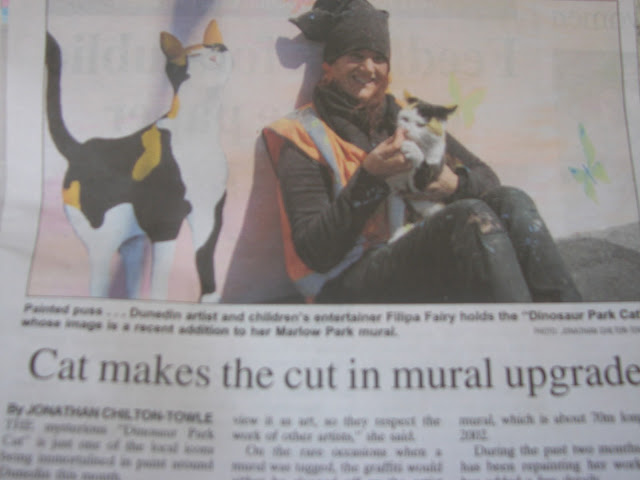 The artist is Felipa Fairy - Children's Entertainer. The photo shows her holding the cat people call Dinosaur Park Cat - a cat that lives in the neighbourhood and regularly visits the playground.. 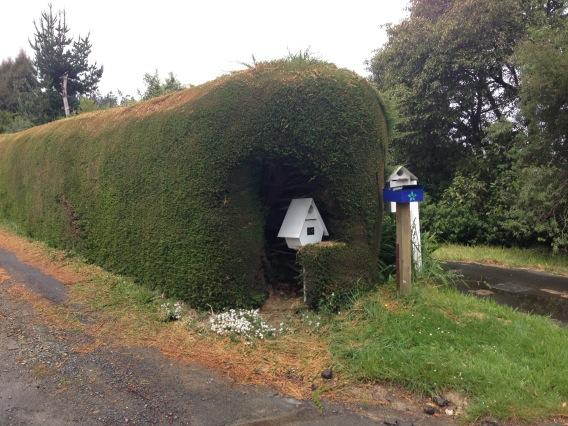 Now, you are thinking, why on earth is Kay posting a picture of a hedge?! (It's not even my picture).

It's Marcus Lush 's photo. He's on Twitter and posts quirky photos of things he sees around Dunedin.

Yesterday he posted the photo above and I instantly recognised it as a favourite hedge of mine. Eight years ago, I was nanny for a family and this remarkable hedge formed the boundary between them and their neighbour. The neighbour looked after and manicured the hedge a treat. 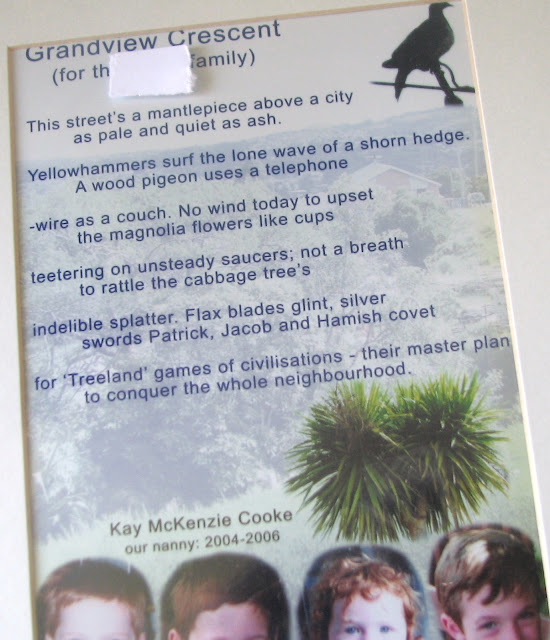 The family moved to another part of the country, but still keep in touch.

That amazingly well-manicured hedge ('Yellowhammers surf the lone wave of a shorn hedge' ) was certainly a feature of my memories of the two happy years I spent working with this family.

When they left, they gave me a framed photo of the poem I wrote about their neighbourhood.. It's a treasured keepsake.

Seeing the article about the mural artist and the playground cat and the familiar local-landmark hedge in a random Tweet, is for me just another example of the amazing interconnectedness of life.
- November 16, 2012

Thanks for your visit, Agnes. :) you're right it does look like a house!