'smoke on the water' 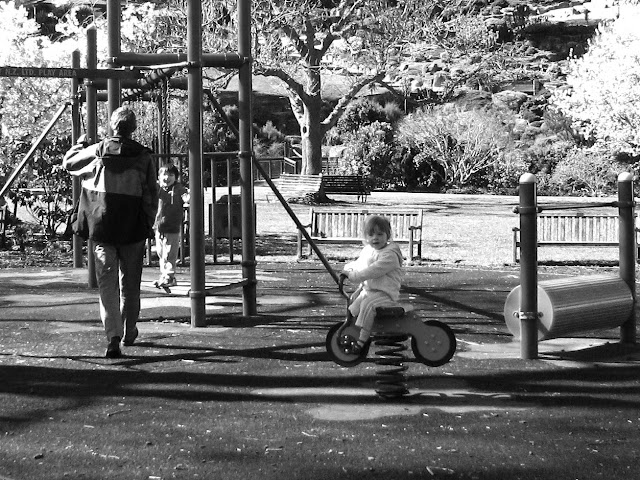 Sunday morning at the Gardens with the wee nippers. Time seemed to be the theme of the day - each dvd we watched with them or (when they were asleep and / or delivered back to their parents) seemed to be on the theme of Time - its management, its tricks ...

As we played with our grandchildren I thought of the how through the law of concurrence, it could be said that we were also playing with time. 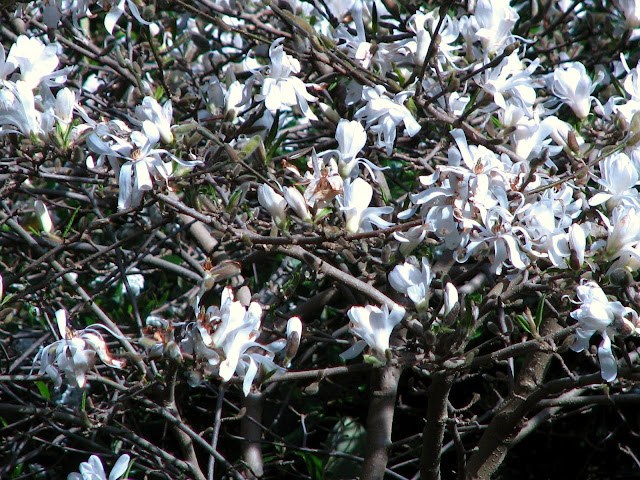 Magnolias are certainly starring right now as they burst into blossom in gardens all over the city - from Highgate to Canongate, North-east Valley to South Road. 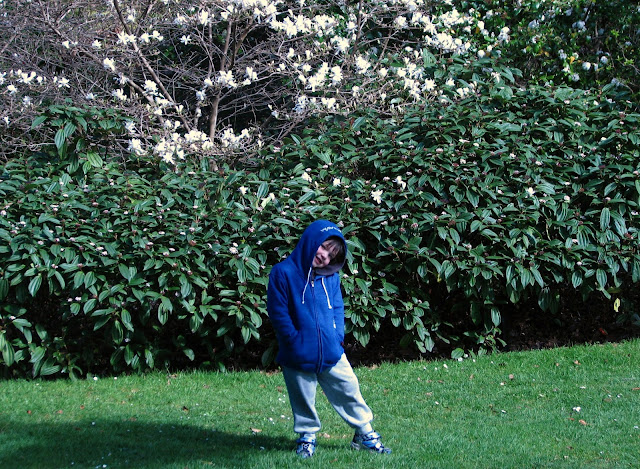 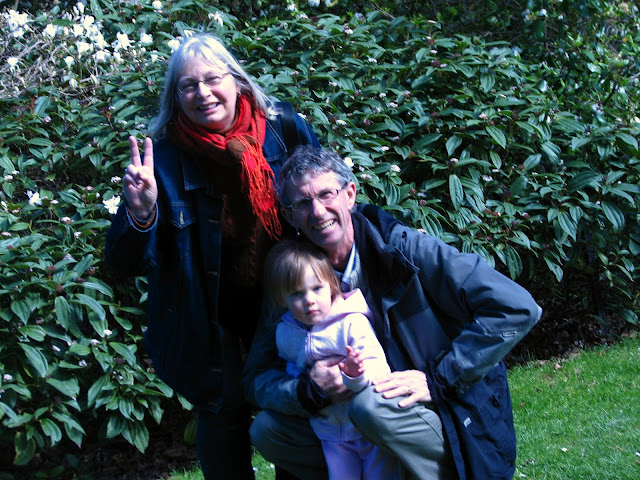 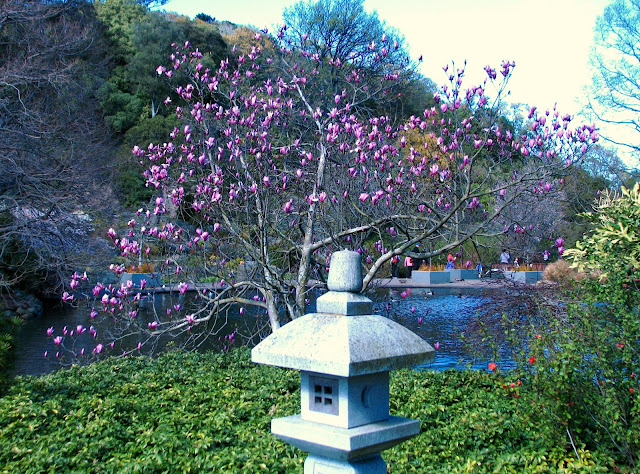 We thought of Steve and E. and the kids in Kyoto, Japan. (Who as it turned out were actually in E's hometown of Osaka at the time).

Robert said he never knew there was a Japanese Garden in our Gardens ( it's only been there since 1998!) 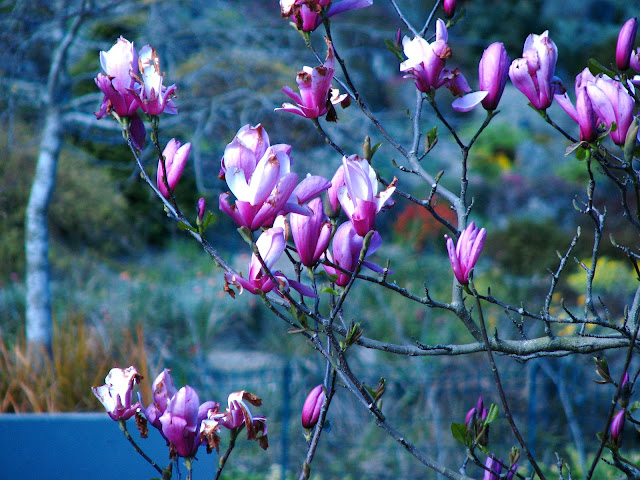 Magnolias (especially the pink ones) remind us of our granddaughter (in Japan) whose name incorporates this tree (also known as 'tulip tree'). 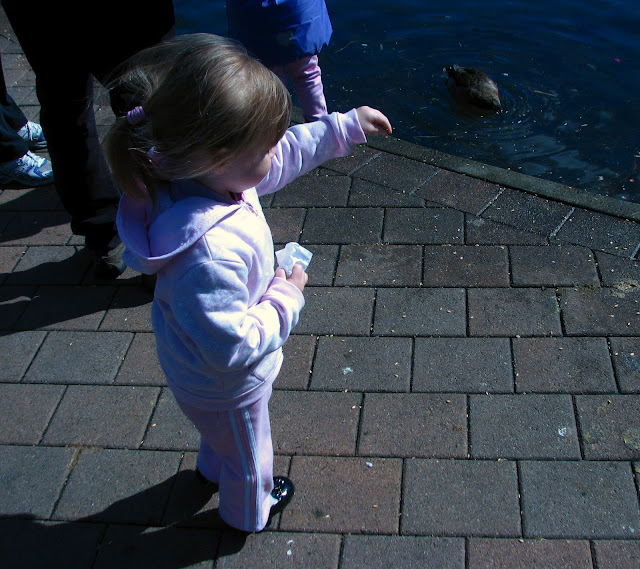 V without any prompting, placed her empty paper bag into the bin (as well as someone else's she found on the grass). Then she started picking up feathers (maybe our son Chris's partner, Jenny has been a model!) We felt proud. 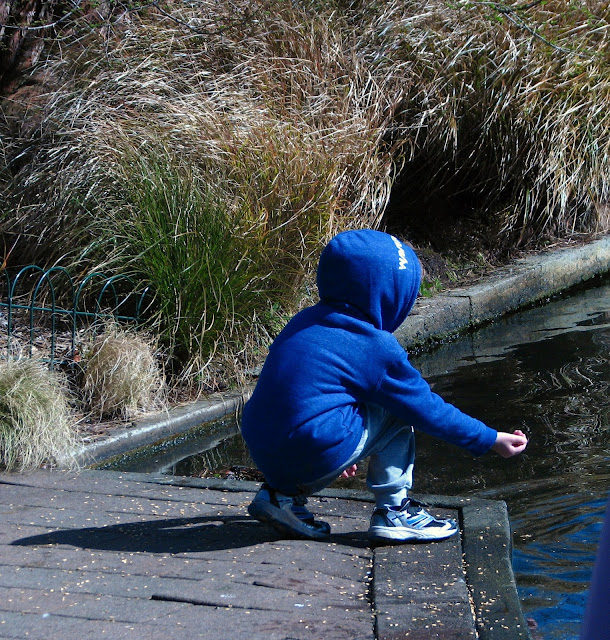 This photo could be of our son Mike at the same age ... time continuing to play its tricks. 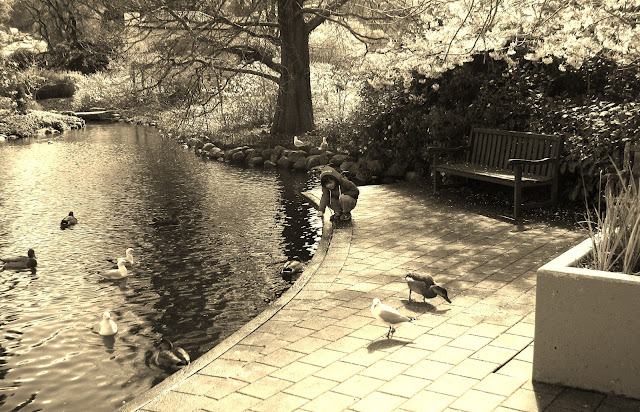 I like to think I'm doing my photographer d-i-l Kate proud with this photo's sepia treatment.

In the car the kids entertained us with Queen and Deep Purple songs - 'we will, we will rock you' and 'smoke on the water, fire in the sky' as we rode through a still-waking Dunedin city - sunlight dancing silver off flat-lined puddles.

The sepia photo certainly has a timeless quality about it, Kay. It evokes childhood in any age, really.

Mike - Thanks, yes, it's perfect for that idea and ploy.