On The Road to Gore 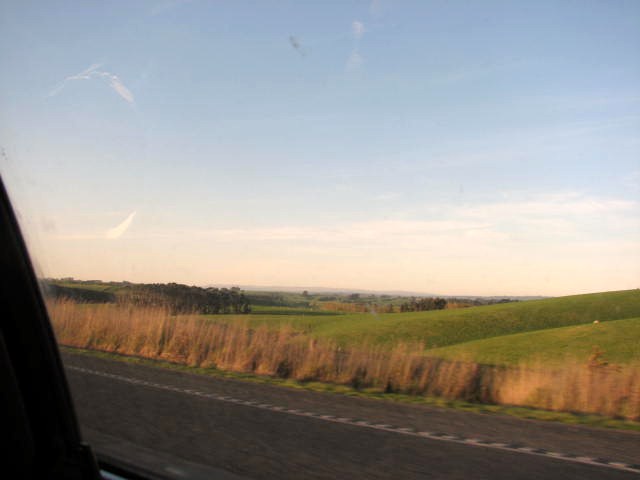 Forgive the smudgy car windows as I take you a few k's along the Clinton - Gore Highway on our trip south late Friday afternoon. We were taking my mother down to her sister's (Aunty Lorna) in Gore, Southland. She's been staying with us for a week, on her 'Royal Tour' as my sister dubbed her annual (sometimes bi-annual) visit/s south. 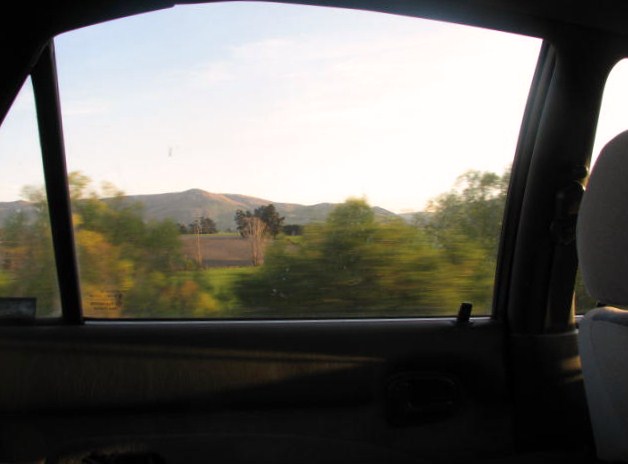 The new spring green swooping by, the sinking sun hitting the hills. 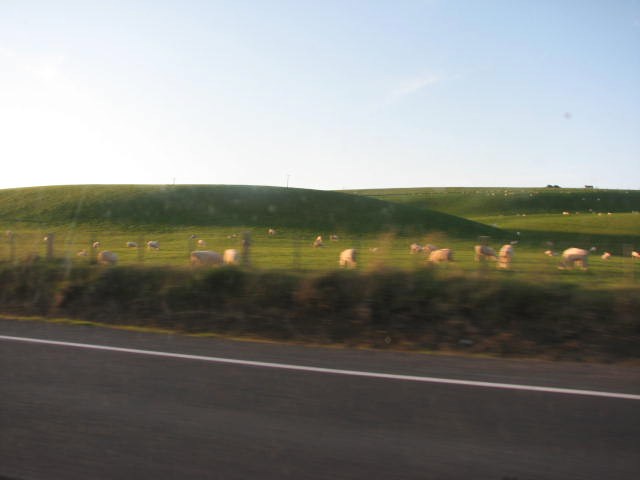 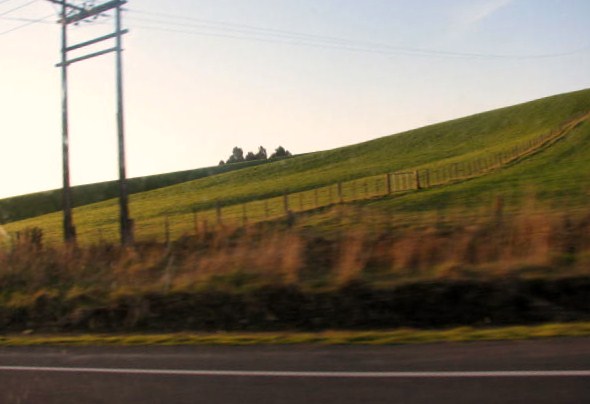 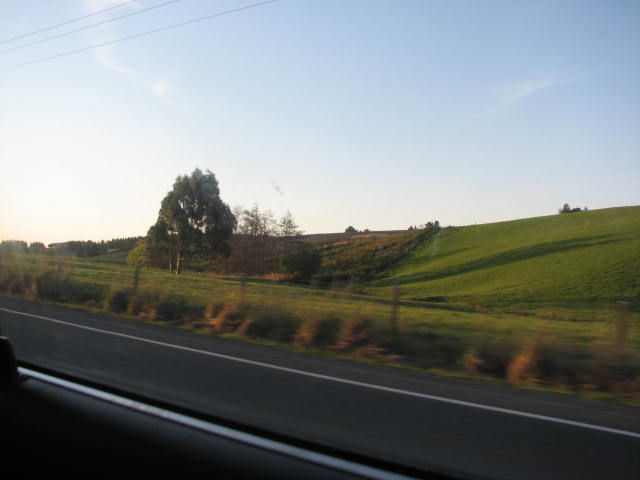 Ireland couldn't be any greener no matter how it tried, Robert said. 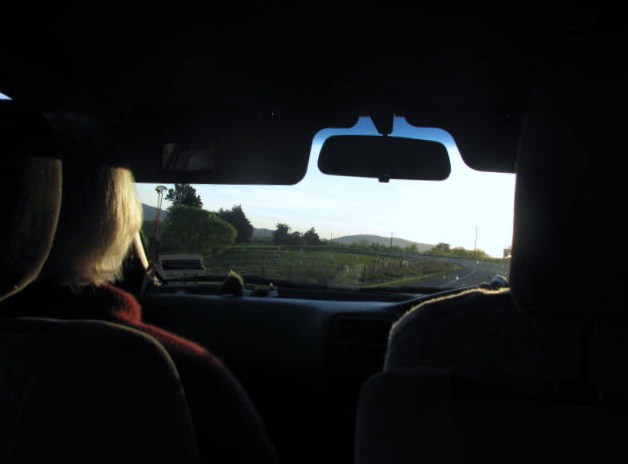 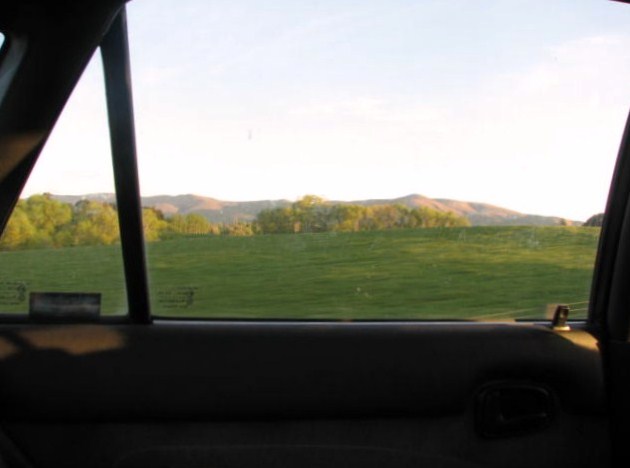 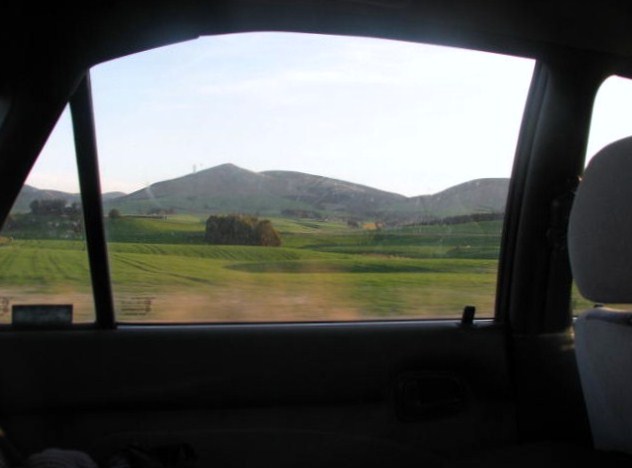 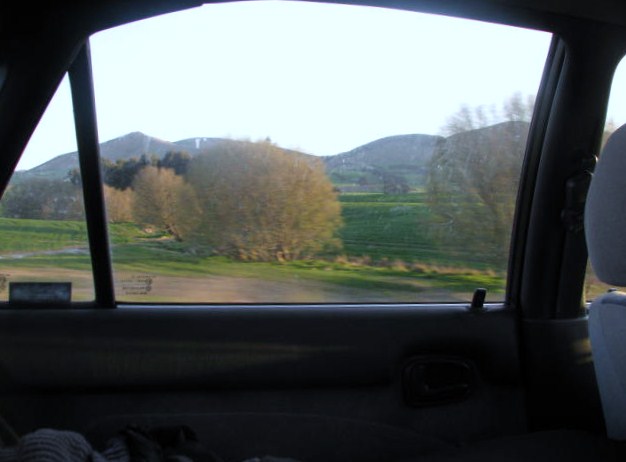 The willows have yet to take on the full spring green here in the south. 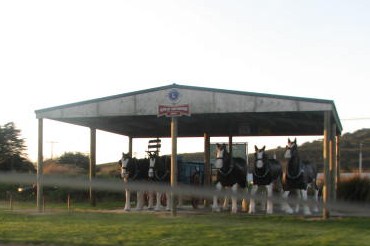 .
At first Clinton was described as a 'three-horse town', then it became a 'five-horse town' and the horses were given a roof. (No actual horses were harmed in the process). 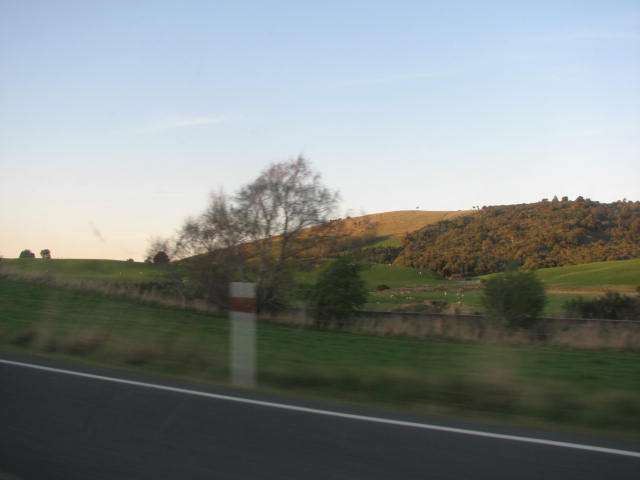 The road marker posts used to be solid wooden posts but are now flat plastic - far safer for any vehicle running into them, but somehow just not the same. (Then again, I suppose that's what the old 'uns said when the carved, stone milestones were replaced with the wooden posts). 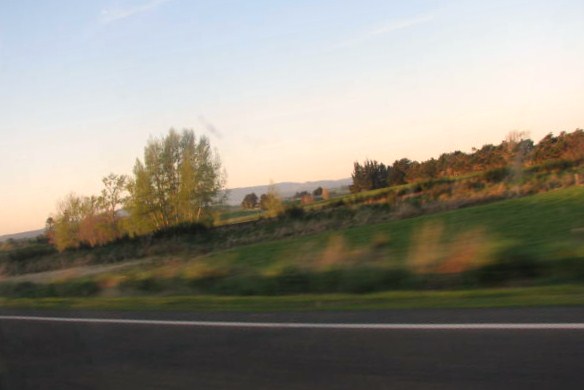 We were about the only ones on the road from Balclutha on. A point often made about South Island roads. "Where are all the cars?" 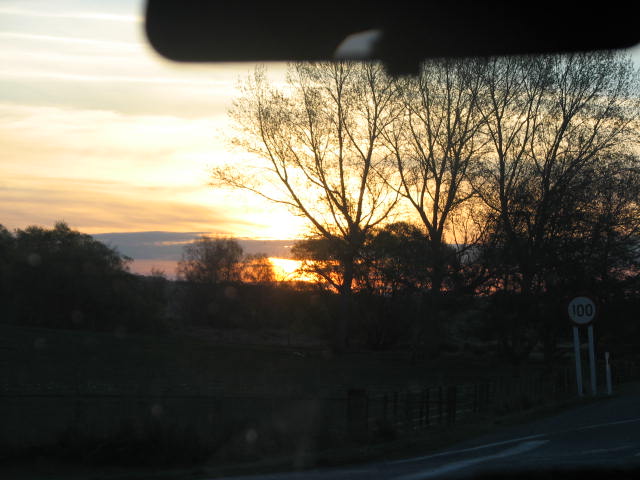 The sun setting behind the Hokonui hills, famous for the making of illicit moonshine in the gold-mining days of New Zealand's history.

I once spent a cold night lost in the mist of the Hokonuis. I was with six other women from the Hokonui Tramping Club, on a Sunday afternoon hike. When the mist came down suddenly, we were lost. We had to stay put, shivering in our light parkas and trying to sleep on cold, damp and sloping ground. In the morning the mist had lifted and we easily found our way out to a farmhouse. We were mentioned on the National News ('Seven women missing in the Hokonui Hills have been found safe and sound!')  I missed a whole morning of High School. (I can't remember the year now; it was either 1969 or !970). 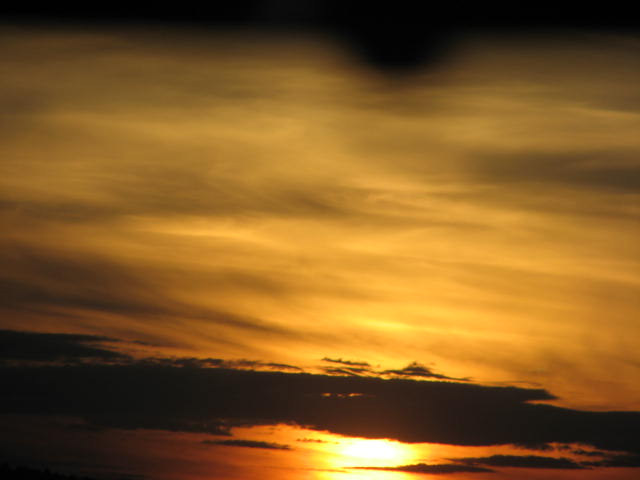 Heading into the sunset. 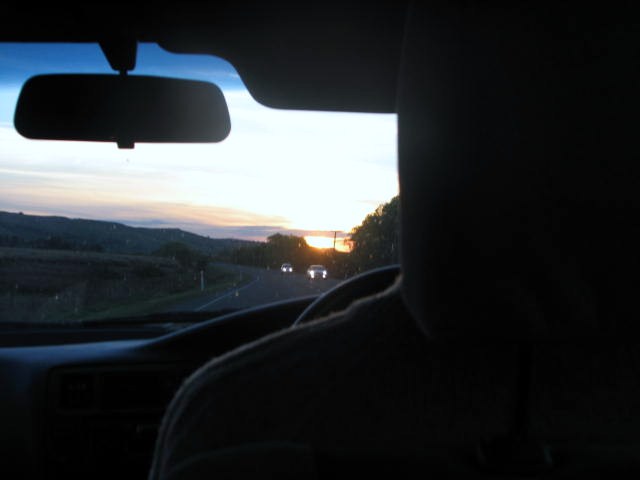