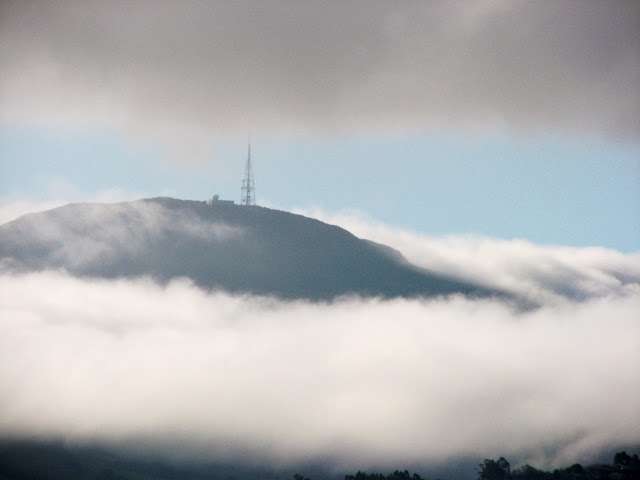 After several days of misty-moisty weather it was good to day to be treated to a clearer skyline ... although only just clear and no more. It was good to greet Mount Cargill again, albeit wreathed in a scarf of mist - its favourite accessory. And why not? It seems to suit grey mohair. 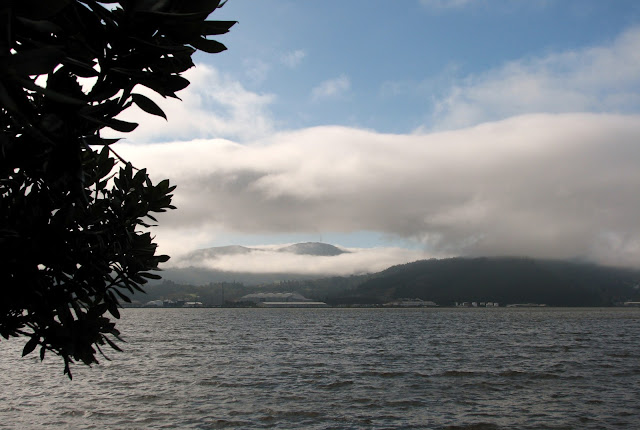 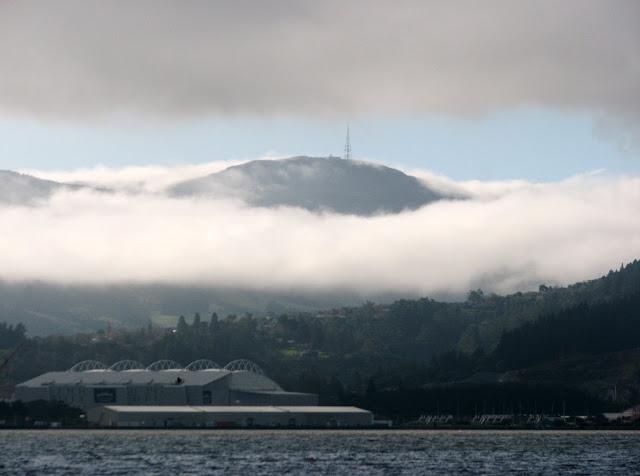 ...  stadium in the foreground. It has many aliases:  'glasshouse' 'lunch-box' 'dish-rack' (that last one may just my own nickname). 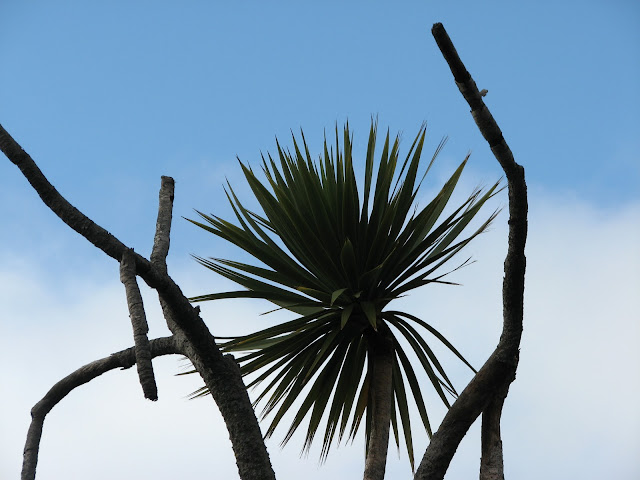 I seem to have a thing for cabbage trees (kouka) at the moment; something about their sky-backed architecture ... this one is a little munted, but nevertheless has a rugged appeal. 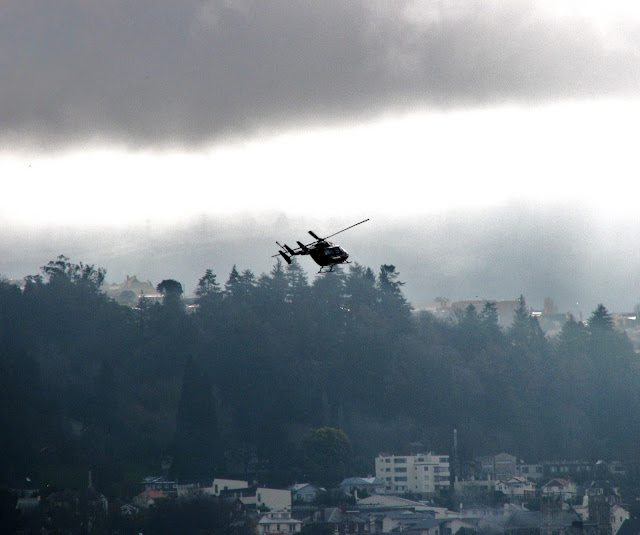 An Otago (local) rescue helicopter making for the hospital. Dunedin's looking grey and cold, but looks belie - it was actually mild temperatures today with (believe it or not) a spring-y feel to the day. 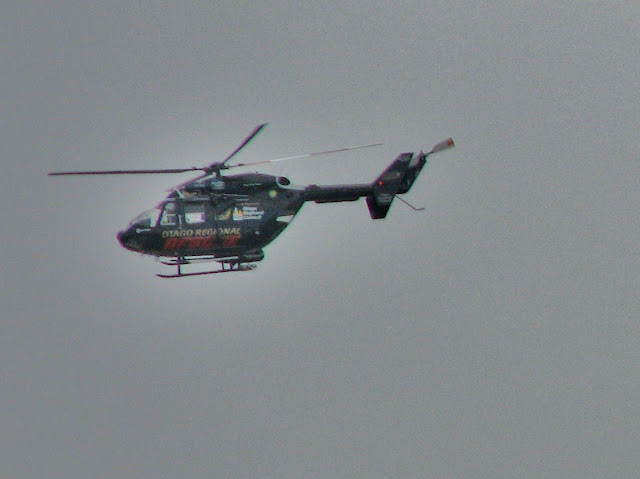 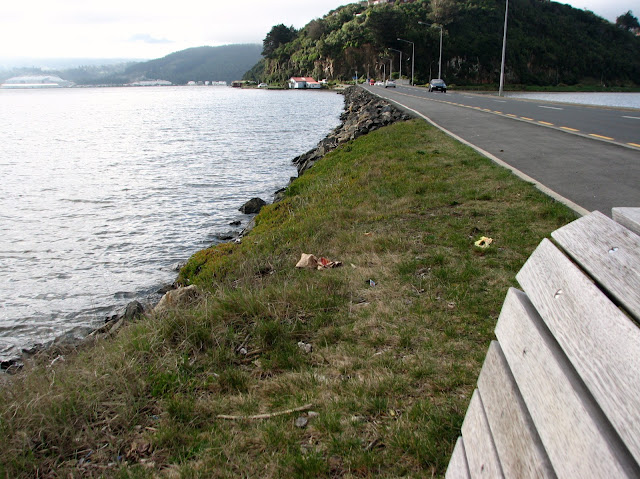 ...  Portobello Road - the ubiquitous McD's paper bag on the verge. 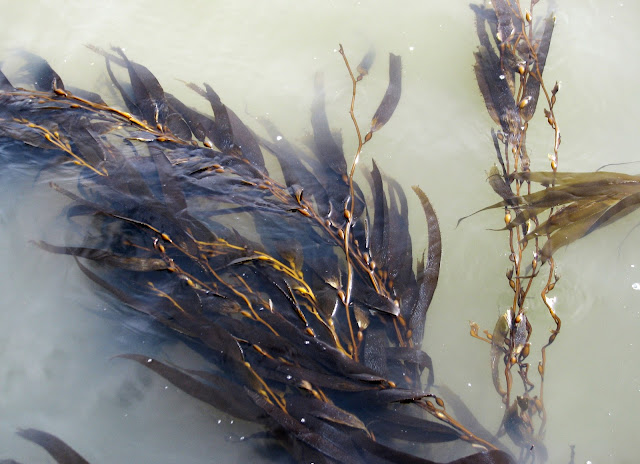 Kelp in the rather cloudy water (after so much rain?) of the harbour. Dunedin's harbour is very shallow as it gets silted up. The ships arrive farther out at Port Chalmers. Some navy ships are able to make it into the city's harbour. There are plans afoot to dredge the harbour to a deeper level - which I find concerning. Here is an informative article which highlights these concerns. 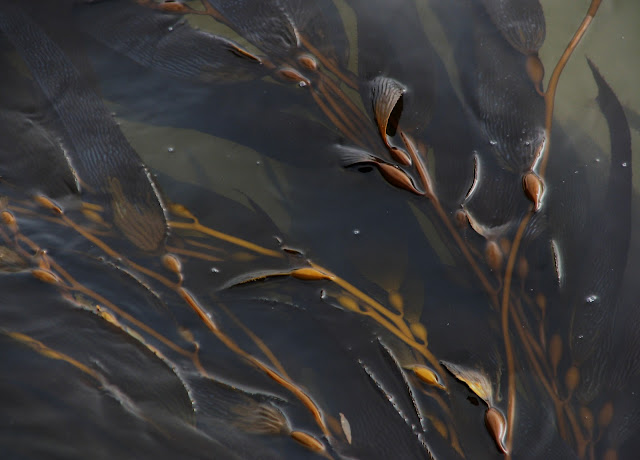 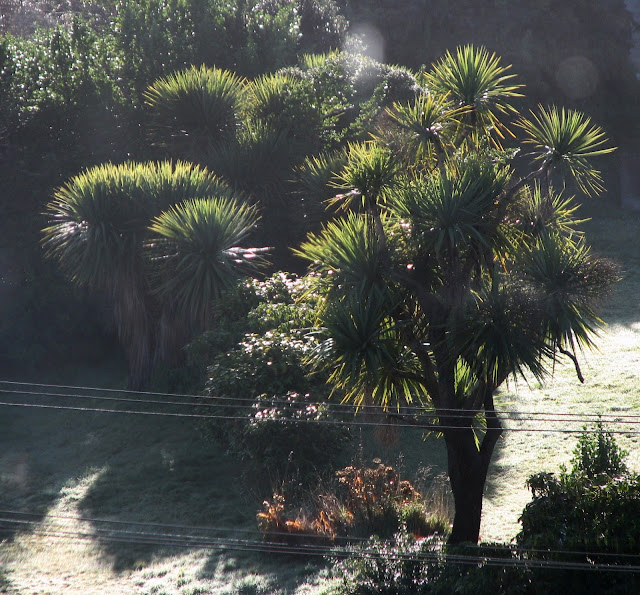 And again, the cabbage trees. Kouka. Across the road from our place. I liked the way they were catching the light. It was a good indication of the end of the rained-on world we had been living in for some days, leaving in its wake verdant green shot with silver.

I am loving those moody clouds Kay :-)

Mt Cargill's grey mohair scarf - love it! Our house spent about 3 hours under that mist around midday, but we did enjoy the beginning and end of the day.

In a Good Space

I have written in a previous post at the beginning of the year about a planned new writing space ... and it is here! I am over the moo... 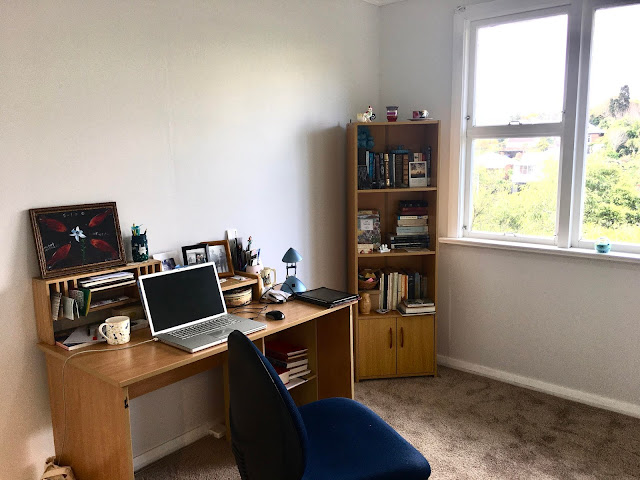