'The Bell Of Lough Lene' - Flash Across Borders Entry 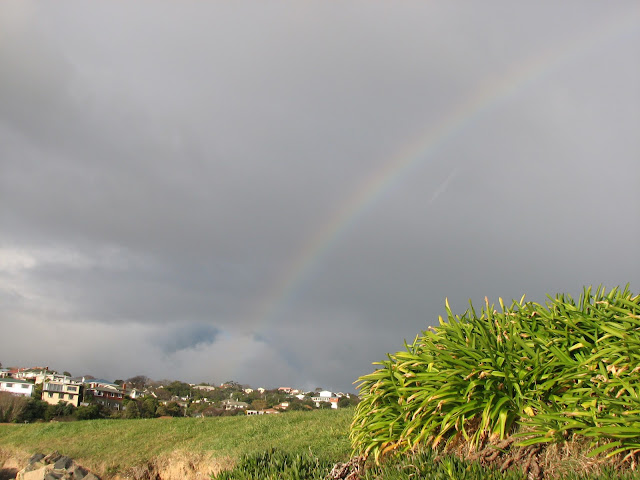 
New Zealand is to be the Guest of Honour this year at the Frankfurt Book Fair.


The Frankfurt Book Fair: An Aotearoa Affair 2102  is a blog set up to celebrate this fact.


To celebrate this, Aotearoa Affair is featuring short, short stories with a Flash Across Borders edition of their Blog Carnival.


I have joined the Carnival with a short, short story of my own: 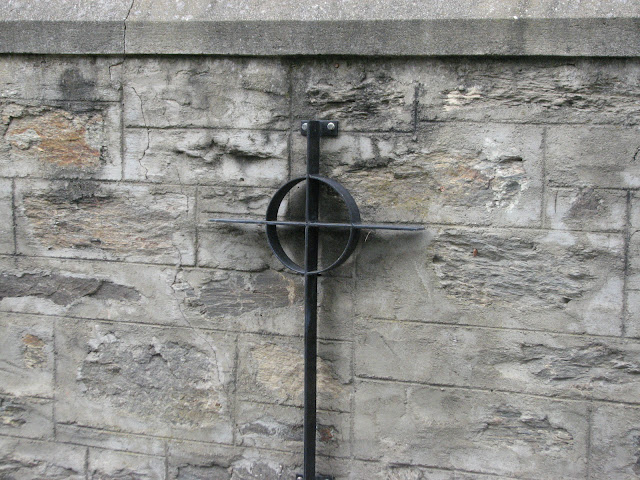 The Bell of Lough Lene
By Kay McKenzie Cooke
(2012)
The way it entered the water would've been like a stone hurled high, dropping straight down, thunk, like a cut through the water's skin. I picture trees. Probably different from our trees here in New Zealand. I imagine the darkness as the bell fell. I imagine fog all over the island and swirling around the lough. A lough is what we would call a lake.
The small bell lay there at the bottom of the lough for hundreds and hundreds of years until discovered by a boy, about my age, fishing for eels.
It's shaped a bit like my grandma's coal scuttle. The boy had wanted to give it his mother, but after he showed it to Mr Barlow Smythe, it ended up in a museum.
“Okay everyone, time to finish what you are doing. That includes you, Ryan,” the teacher's voice breaks into my thoughts.
I rush to put the last strokes to the drawing I'm copying of the bell's image from the information I've downloaded.
It's funny how it's as if I can feel the weight of the bell in my hands. As if I can hear the way it sounds when hit with a stone, like something I have heard before somewhere else.
(1881)
I try to imagine what it must have looked like round here when all of Ireland was covered in trees, including this island. Now there's hardly one to be seen, just stone walls and smooth fields that run right to the edge of the lough.
From the rock I stand on, I throw in the long line, enjoying the sound it makes as it falls. All four of its hooks are baited with squirming worms. I am dead keen to catch the large eel I have had my eye on for some time. He lurks under the rocks but always emerges for any bread I throw him. This time though, I intend to catch him. Mr Barlow Smythe's words are still ringing in my ears,
“Young lad, if you catch that eel, I will buy him off you.”
I feel guilty because after all this time of feeding the eel, he has become something of a pet.
Something tugs on the line. My heart races as I slowly pull it in, although I know by the weight it is too light to be the eel. I pull up something covered in slime, weed and mud. After washing it in the water, I see it is an old hand-bell. I bang it with a stone and make it ring. I wonder how long since it has been rung? I will take it home for my Ma. She is sure to love it.
(1025)
In trying to save the bell, I lose it to the darkness. When I tripped on a tree's root, down it fell from my grip. I could not see where it landed but imagined I could hear it slicing the water with a thick splash. This makes me keep a tighter hold on all the other monastry treasures.
There are reports that the burning and looting strangers are not far away. Seven times the monastry has been burnt to the ground and again the monks have asked that the valuable things be either taken by boat across the lough to the island, or on foot to places where they will remain hidden until safer times return.
I will maybe search for the bell in morning's thin, grey light. If God be on my side, I might find it in the bracken. But I cannot tarry. I must get to the cave, pressing on over rough ground.
I am fourteen summers old. I send a swift prayer to Jesus and Mary the Mother of God, to have mercy on me and keep the handsome bell safe. I believe however, that for now its song has been stilled. For how many years, I cannot know.
(713 A.D.)
I rub my hands down the sides of my leather apron. The bell has a pleasing four-cornered shape. Aye, it is handsome to be sure. My master is pleased, I can tell by his silence. For a lad of my age, I can be well pleased with myself. On the way home, I kick a stone, scattering Old Tom Reilly's ducks. Then I break into a merry and carefree run.


P.S. There really is a bell of Lough Lene, discovered by a boy fishing for eels and now housed in a museum in Ireland - Google it!

Go here to read the writing that has so far been featured in previous blog carnivals.


From Wikipedia: Flash fiction is a style of fictional literature or fiction of extreme brevity. There is no widely accepted definition of the length of the category. Some self-described markets for flash fiction impose caps as low as three hundred words, while others consider stories as long as a thousand words to be flash fiction.


The term "flash fiction" may have originated from a 1992 anthology of that title. As the editors said in their introduction, their definition of a "flash fiction" was a story that would fit on two pages of a typical digest-sized literary magazine.

What a delightful story, Kay. And so interesting that it is real. I like the way you have represented it through the ages, and going backwards in time, instead of forwards, adds a freshness to it. Good luck with it!

Great story! I'd never heard of "flash fiction" until about a month ago, when my son explained it to me ... :)

Sue - Thanks :) I am enjoying playing with time - at least I can do it on the page if not in reality.

Joyce - It's an enjoyable way of writing ... are you going to give it a go?

eToro is the ultimate forex broker for newbie and professional traders.