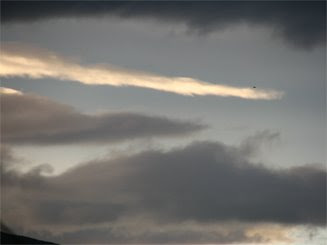 At the moment where I live, weather-wise it's very bleak. Being in the middle of winter, not surprisingly, it is grey and cold, without a skerrit of sun. Well ... perhaps a snippet sneaked in under the low, thick, grey cloud cover at one point today to cheer me up for a second.
And when you watch too many newscasts like I have today, things seem very bleak all over the world. You'd have to be callous-hearted person not to care. I admire people like Rethabile whose heart for his homeland of Africa - especially the southern part of that continent - motivates him to use strong, powerful poetry to quietly, tirelessly and effectively advocate for those without a voice; to the victims of those who are wrongly imprisoned, who have suffered from violence and for the families of those who have been murdered for their political beliefs. Because no matter how civilised we believe the world to be, with all its technological wizadry and sophisticated living, the majority of people on this planet are living without rights.
Here is a link to Rethabile's most recent poem about the murder of a headmaster in Zimbabwe.

(It's grey and sunless here too - and the middle of summer!)

Yay for you, Chief, and Yay for Rethabile! If only the world had more sane, rational, kind people and fewer nutjobs....

Yes, yea for Rethabile and you. I echo what Joyce says, with a wish that if more people took the time to listen to the stories of others (i.e. read blogs), maybe the world would start to be a better place.

Oh, do I dislike winter. I will be in that exact same emotional place in six months. *sigh*

Too cold for gardening :O(

"to use strong, powerful poetry to quietly, tirelessly and effectively advocate for those without a voice"