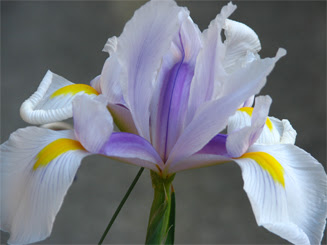 Yesterday I posted a clutch of new poems in my poetry blog - cell collection. Poems are beginning to break out ... after a long incubation.
It's a bit like the albatrosses who at the moment are laying eggs and beginning the 80-day incubation period. We don't know where the nests are situated. We are hoping that there are some in front of the observatory, because otherwise there'll be no nesting albatrosses for the visitors to see. Which would mean that as guides, we'll have to explain rather a lot more than if there are nests in sight to view.
The DOC workers are the only ones who can go onto the site, but at present anything they know about what's going on there is confidential. They guard and protect the albatrosses fiercely, until the eggs are laid and all is well.
So on the other side of the predator-proof fence that denotes a protected site, and over the hill and down on the cliff a bit, the nests have been built and eggs are being laid - all unseen by us or the public. Until November 24th. The suspense is building.

***
However today, with the wind a robust south-westerly, the albatrosses were appearing from around the bluff and showing off. Careening, swooping, gliding and hovering. Sometimes they hung suspended for a second or two, making us catch our breath, until swinging around and disappearing from view again. The seagulls nesting on the headland too, were trying very hard to imitate. But once an albatross came into view, the seagulls looked like ineffective specks.

***
Meanwhile ... once back in the city and home again, the wildness and windiness of the headland was replaced by genteel spring flowers, and a very green tree catching the light of the sun as it disappeared for the day. 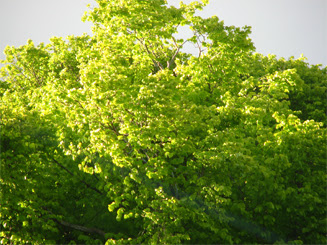 Judging from when I log in in the morning, I have figured out our time difference! :) Staying tuned!

Ha! You are always my first customer! I'm off to bed now!

What a delight to have poetry moving through your mind. I am going to look for your poetry site and will be watching for albatros news

The iris is one of my most favorite flowers. Almost always in bloom for my birthday, along with lilacs and rhododendrons. I hope you had a peaceful sleep...the sun is now starting to set, illuminating our autumn colors in a magnificent show of rouges and golds--and right outside my front window! How much more blessed could I be?

I'm hoping those albatross are over there whooping it up...making lots of babies.

You know I've finally figured out that I think you look a bit like Joni Mitchell...I think that's why I was drawn to your photo and popped over here in the first place. That's a real compliment by the way.

endment - I always enjoy your blog too - the poems you post and your watchful regard of the seasons.

mrs g - I'll say it's a compliment! She's my hero from way back.